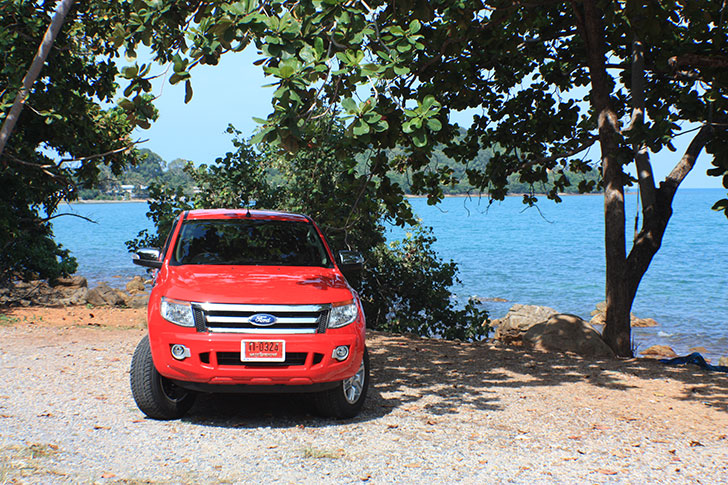 So this morning, as planned, the Honda Shitty was returned to Surat Thani Airport – not a moment too soon. Okay, it served me well, but five months of driving an automatic is, well, at least 150 days too many!

It surprised me yesterday when I briefly drove Bert to the local wat to be blessed (please see yesterday’s story) how natural a stick shift seemed after all this time. In fact, when I jumped back into the Honda, my left foot tried to press the clutch pedal that wasn’t there!

The drive back from the airport was entertaining. I was expecting some crappy old taxi, but I ended-up in a brand new Toyota mid-sized something-or-other, which was driven pretty-much flat out (160kph-ish) all the way. There were no visible signs this was a taxi so I think the driver was using his own car Uber-style, but without the app. He obviously wanted to get back to the airport as fast as possible, to claim his next victim. Actually he was a good driver. I enjoyed the ride.

He drove through Surat Thani city, which I try never to do. The roads were deserted except for a line-up at Central Plaza, so I assume everyone either spends Sunday at the mall, or in bed.

I thought I’d keep this article short, and post some photos for the motoring enthusiasts amongst you. I only drove him across the road, so even if you don’t like Bert, you should enjoy the views.

I’ll write about my first impressions later, when I actually have some!