As I mentioned yesterday, there’s far more to the Wat Rong Khun complex than just the White Temple. But that’s all most people see. They look outside, they look inside, they take selfies and leave. Well, there might be one other building they visit, but I’ll come to that later.

I wandered off behind the white building, away from the tourists, and found this… 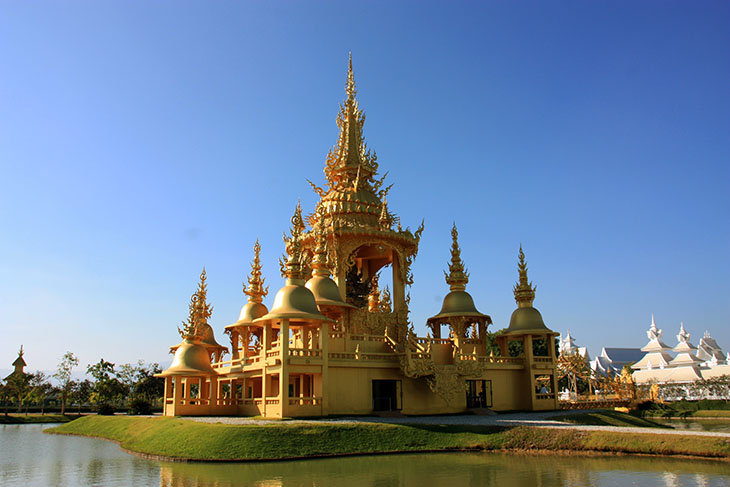 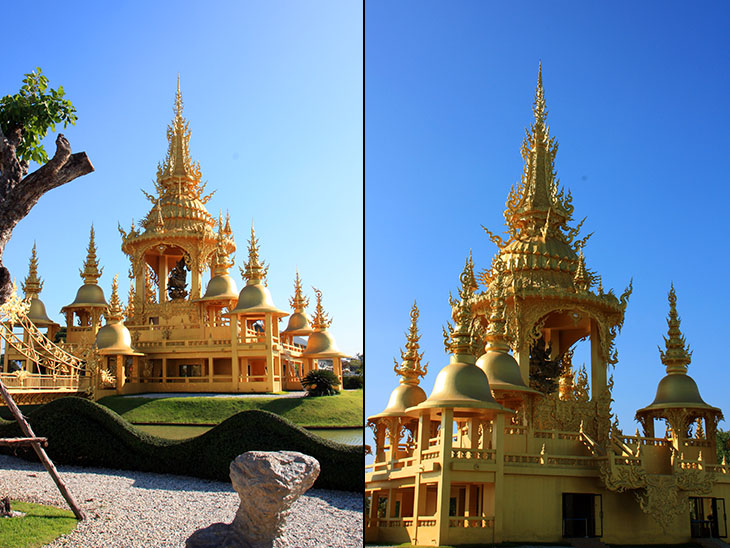 I believe it’s called the Dhamma Building, and since the complex is supposed to include a Buddhist Learning Center, I assume this is it. There’s very little information available. Wikipedia just calls it “the golden building” and goes on to so say “The gold symbolizes how people focus on worldly desires and money.” So now you’re as wise as I am.

Now, I’m jumping ahead to Day 10 for just a moment. I wanted to get aerial photos of the complex, but when I was there mid-afternoon on Day 9 of the trip, there were far too many people around. So, I headed back there early next morning to take these… 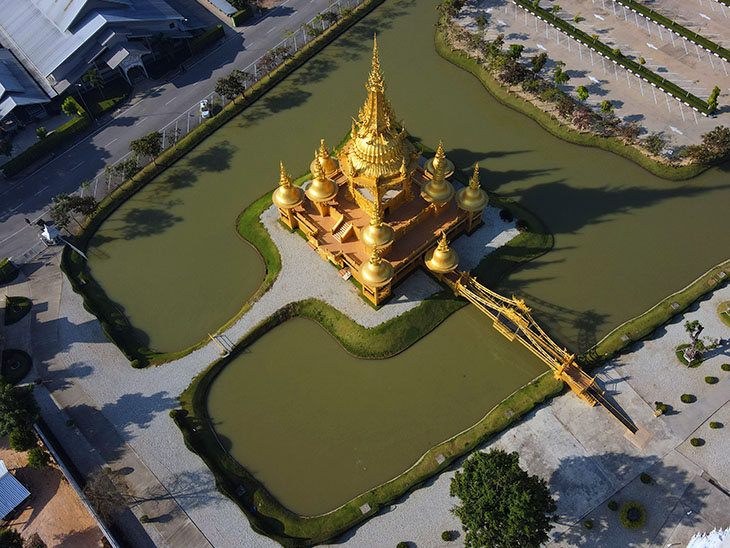 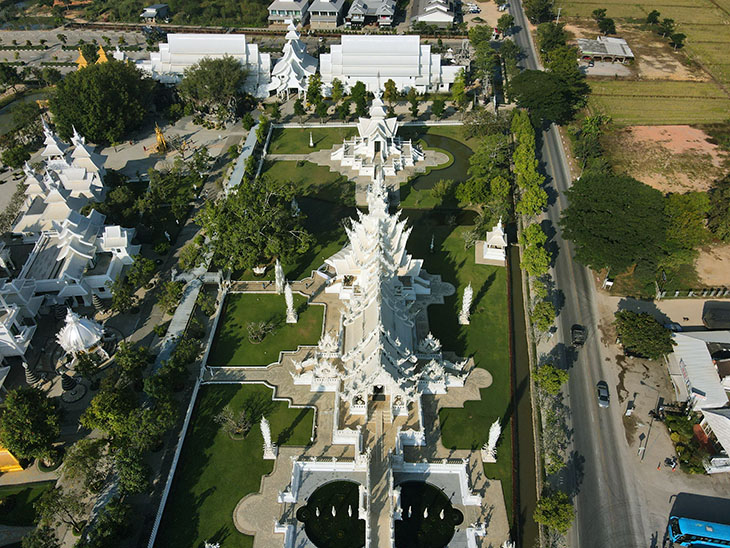 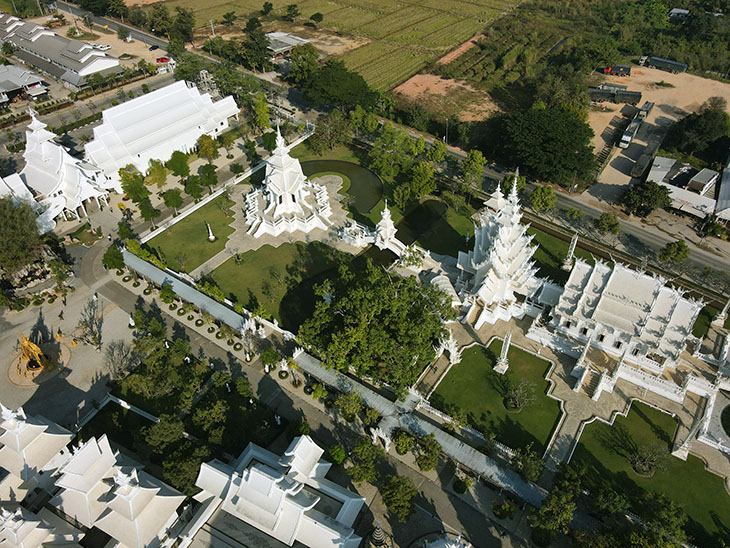 As you can see from the last photo above, there’s many buildings. The White Temple is on the right, and there are more white buildings surrounding it. I decided I should stay well away, and you can just see Bert in front of some restaurant, top left. The small red blob. 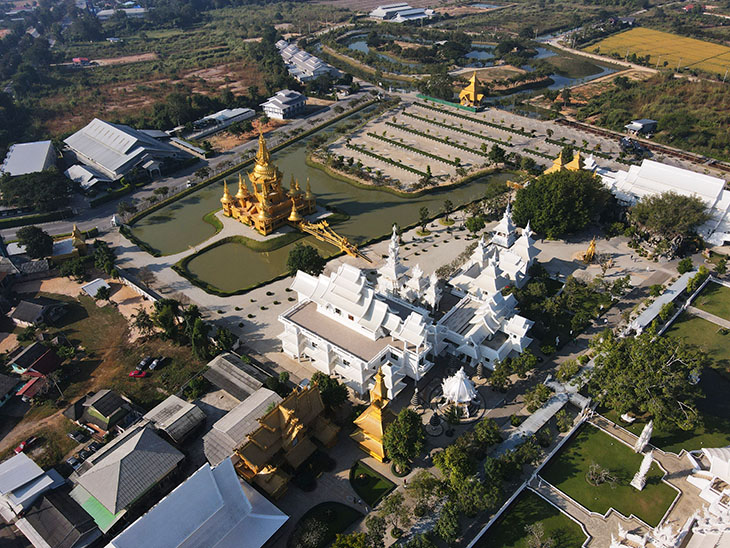 In the photo above, the main temple is out of the picture bottom left. Just left of center at the bottom is another gold building, the one I mentioned above that most tourists will visit. This is it… 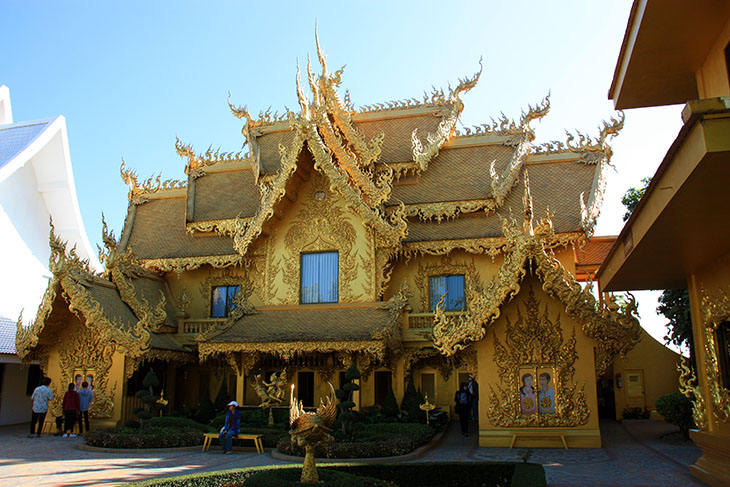 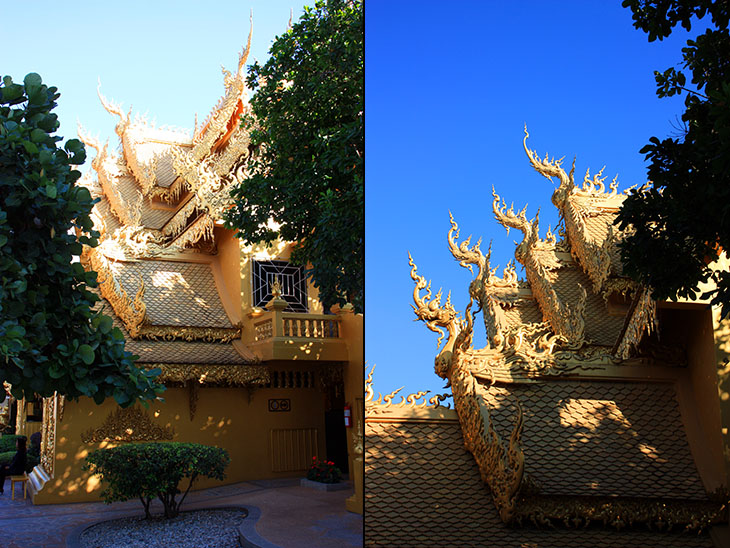 And why would people visit?… 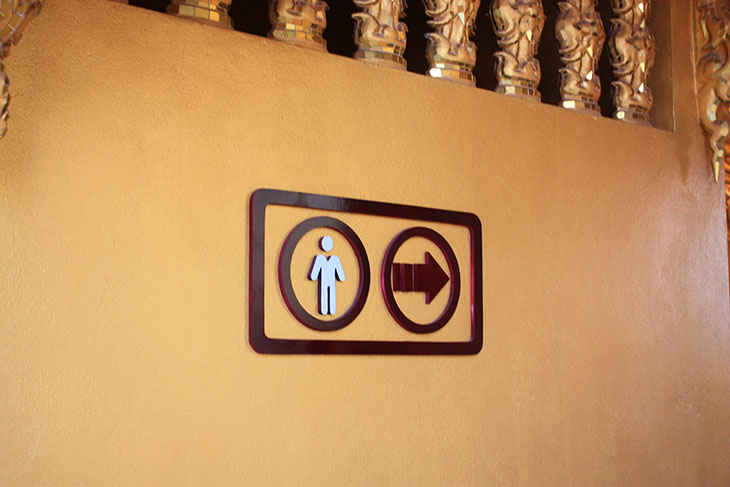 Yes, it’s the public washrooms! All gold, outside and in.

Now, trust me, I’m not in the habit of taking photos of the inside of men’s washrooms, but having made 100% sure I was alone, I felt I had to record the sheer goldenness of the place… 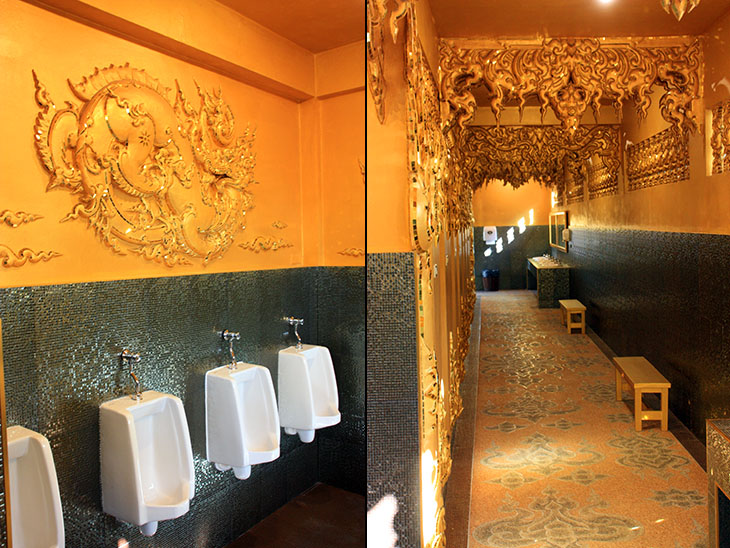 And I hope never have to do that again!

Well, we’d probably better not end there, so here’s some shots of the other white buildings… 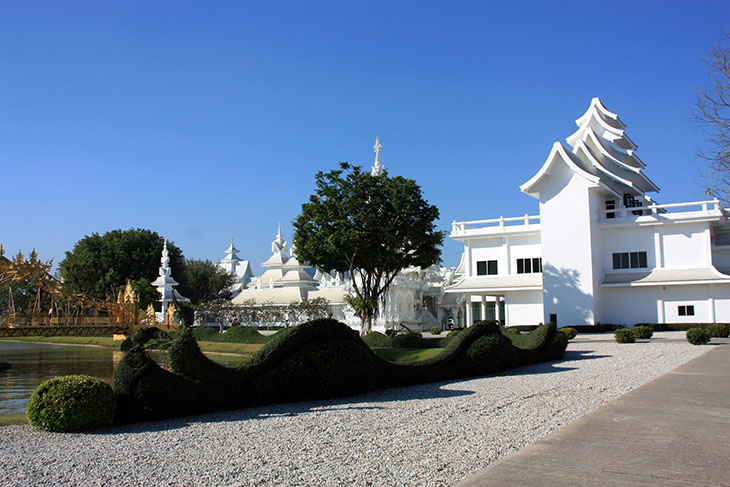 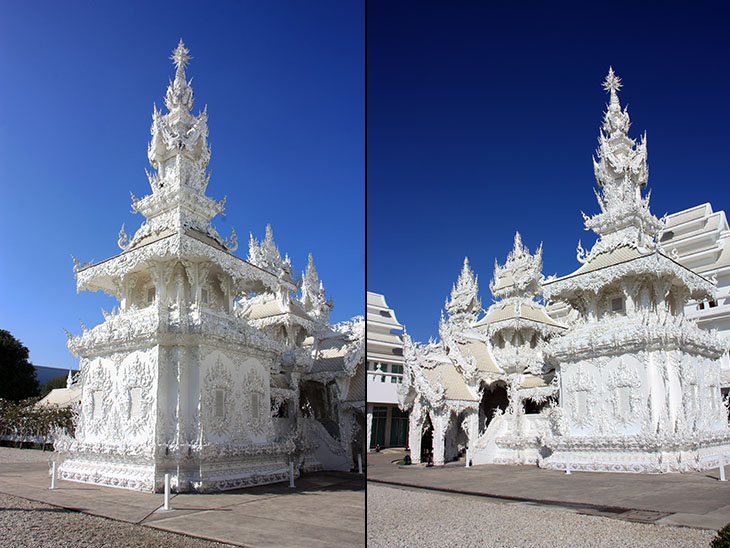 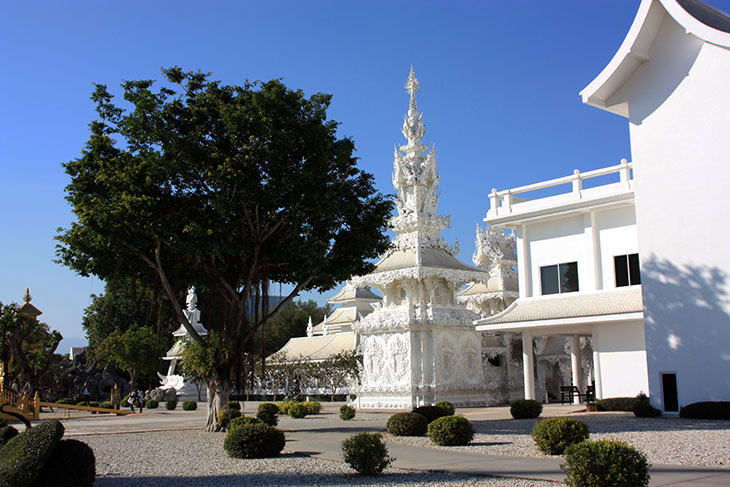 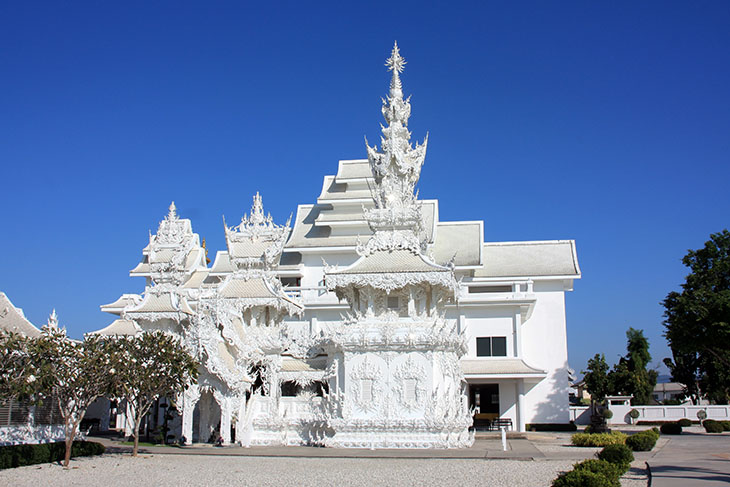 Now, before we get started on the rest of Day 10, there’s one more thing I should mention. The designer of the temple, Chalermchai Kositpipat, is also an accomplished artist. His works vary from pencil sketches, though pen and ink drawings, to large complex acrylic paintings. Many of these are on display at the museum. I’m more techie than arty, so I don’t usually bother with such things, but I was blown away by all of his artworks. I can’t show you because photography is not allowed. But I spent at least an hour inside the museum building. Probably a record for me. So, if you do go, that’s a must see. IMO.