As I mentioned yesterday, I arrived in Chiang Rai with enough time to visit Wat Rong Khun. It’s on the south side of the city so I would have been driving straight past anyways. Before I get into any kind of explanation, let’s have a quick look… 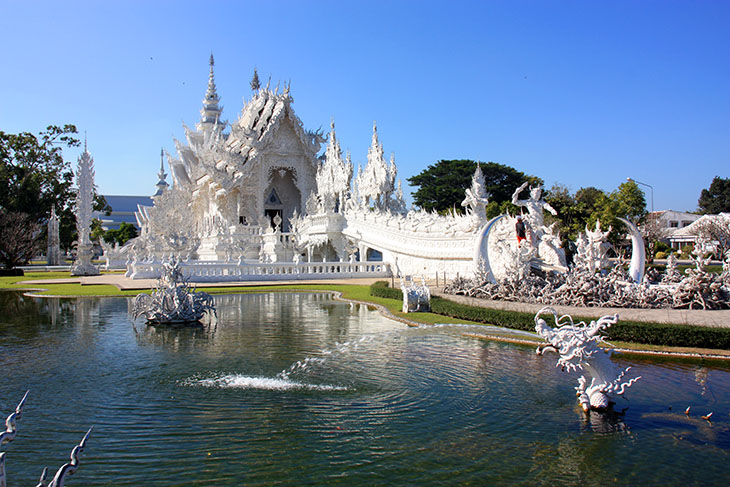 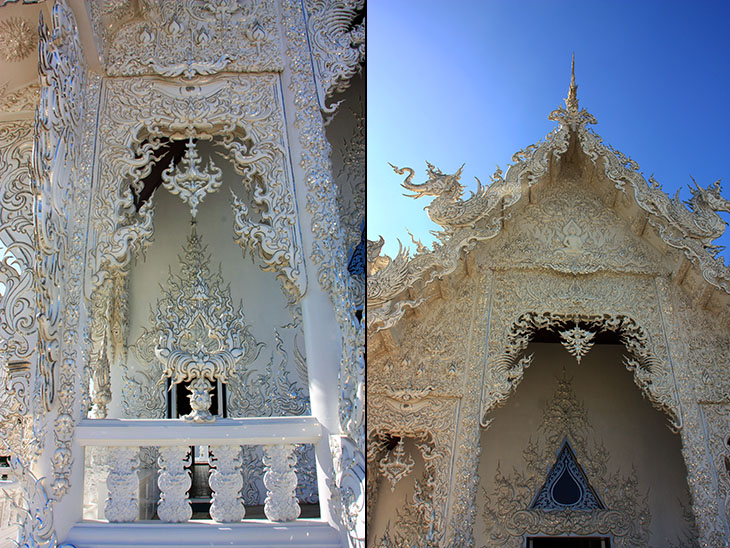 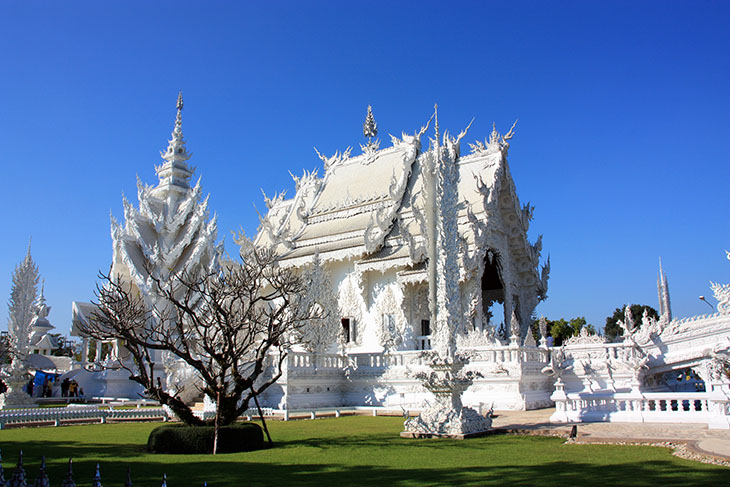 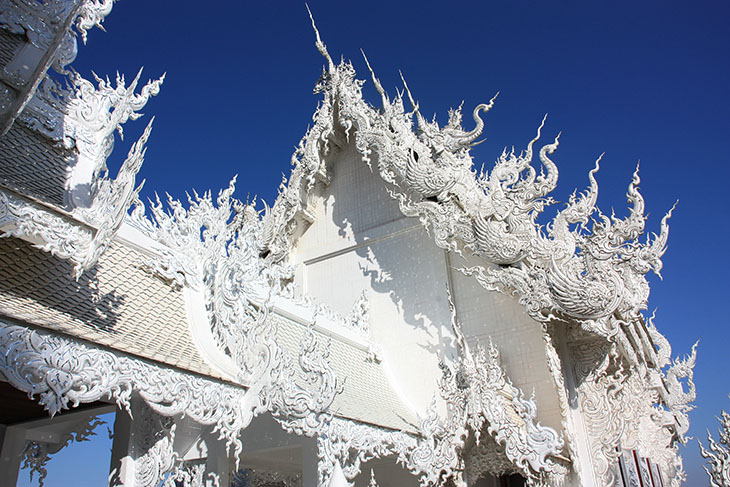 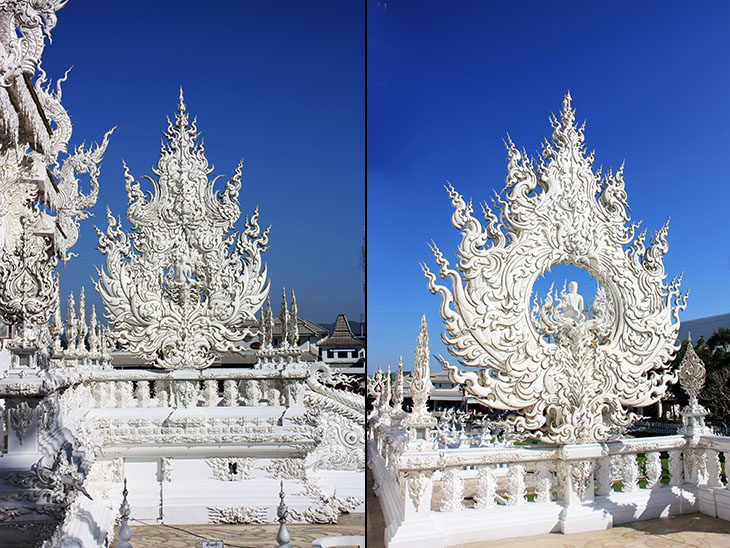 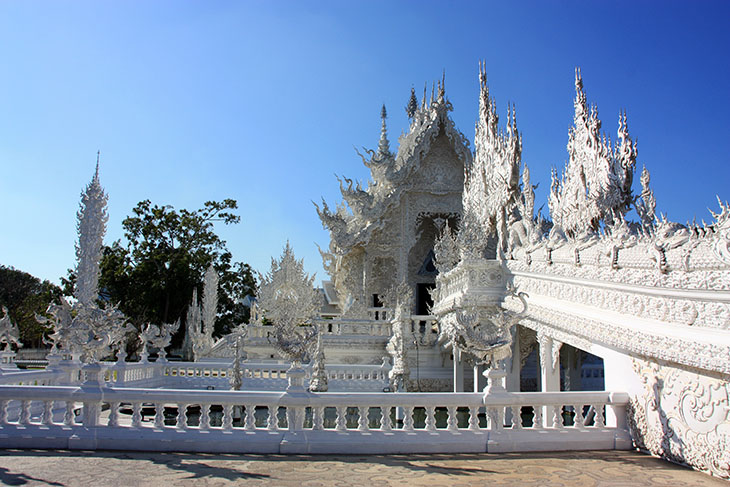 It’s unusual not just for it’s spectacular whiteness, but for the fact it is privately owned. The whole place was designed, built, and more incredibly – funded – by local artist Chalermchai Kostitpipat. And, despite the fact it covers a huge area, it is estimated it won’t be finished until 2070. Aw shucks, I’m gonna miss that. But Khun Chalermchai won’t, because he thinks the construction will make him immortal. Good luck with that buddy.

There’s also strange things sticking out of the ground… 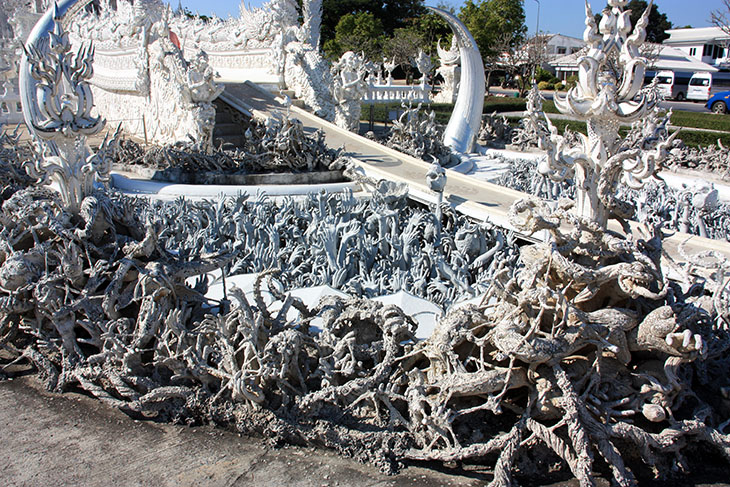 The hands apparently represent “unrestrained desire.” You see these as you cross the bridge to enter the main building, known as the ubosot, or ordination hall.

I can’t show you the interior as photos are not allowed. But the walls feature some wild-looking murals that apparently depict people like Michael Jackson, Harry Potter, Superman and Hello Kitty, plus images of nuclear war and terrorist attacks. I say “apparently” because I never noticed! The images are supposed to make you realize that people are wicked. Hello Kitty? I’m sort-of glad I never saw the detail. 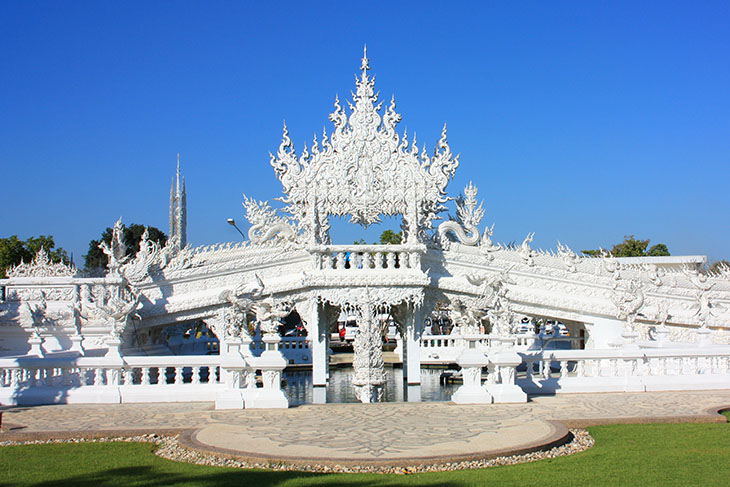 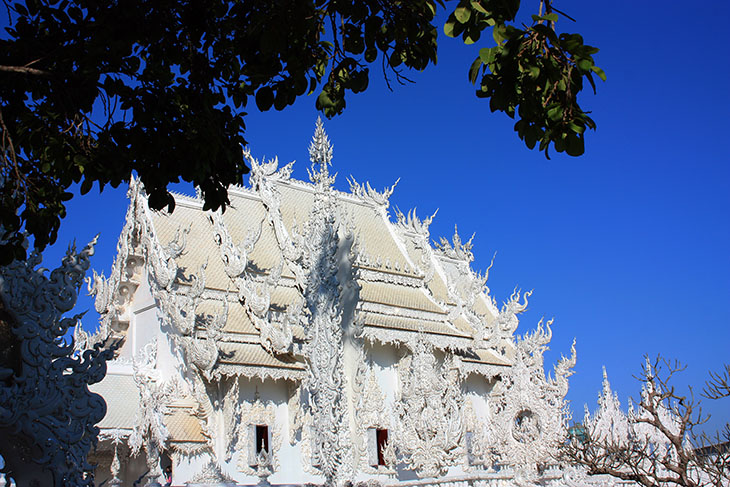 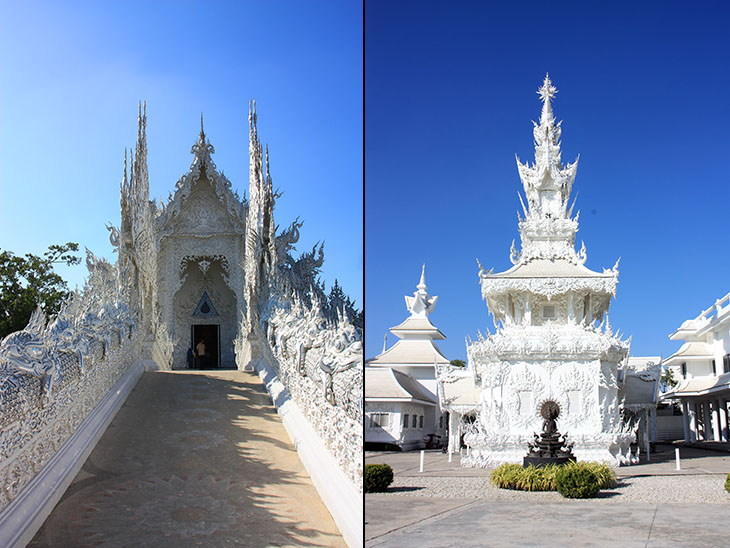 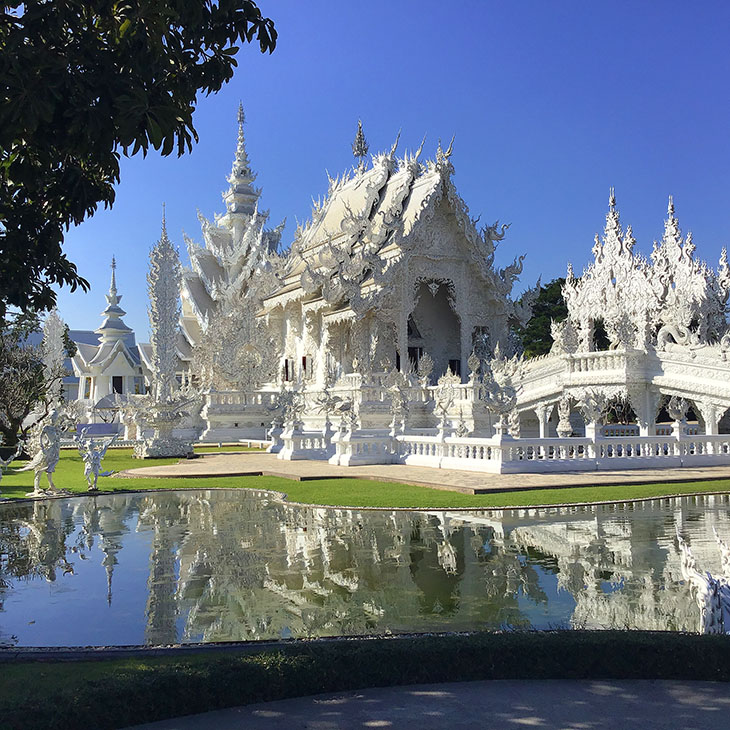 As I’ve mentioned before, visitors tend to go solely to the main attraction. I wandered around and found several more buildings, some of which weren’t white! They were gold. More about these, plus some aerial shots, tomorrow.