…Not As Boring As It Looks.

If you look at these two photos, you’d say they’re not too different… 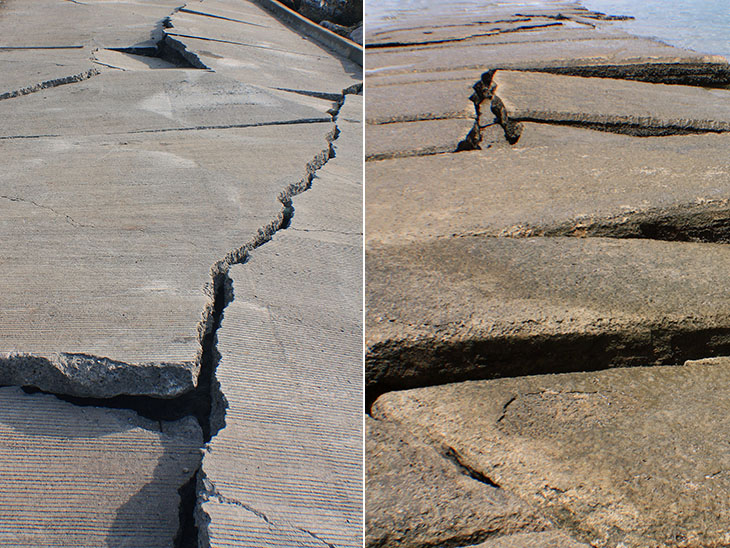 On the left, there’s broken slabs of concrete, presumably because someone forgot to add reinforcement, and on the right, something similar. Except it isn’t. As they say in this part of the world “same-same but different.”

The slabs on the right are made from millions of fossilized snail shells, that have been compressed by the weight of the sea, and bonded by silicic matter on a base of lignite. They’re estimated to be about 75 million years old.

Whoa. That’s older than you.

Yeah, by a few years.

It’s assumed that some kind of climate change caused the snail shells to be submerged for a long time, and that the compressed shells were much later uncovered by the receding sea, causing them to break into individual slabs.

There are only three known areas in the world where this has happened. In Krabi, somewhere in Japan, and somewhere near Chicago.

They may not look too exciting, but they certainly are interesting… 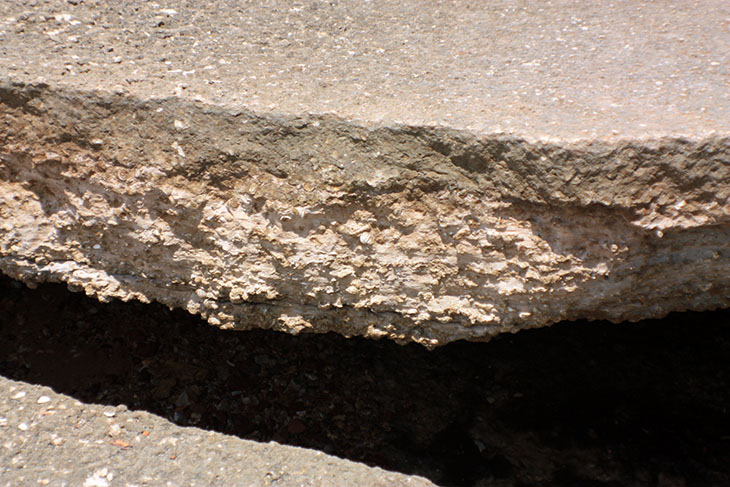 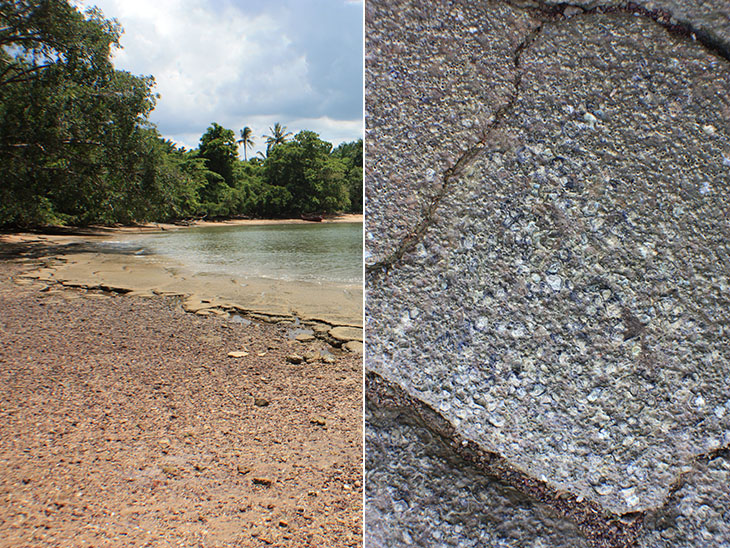 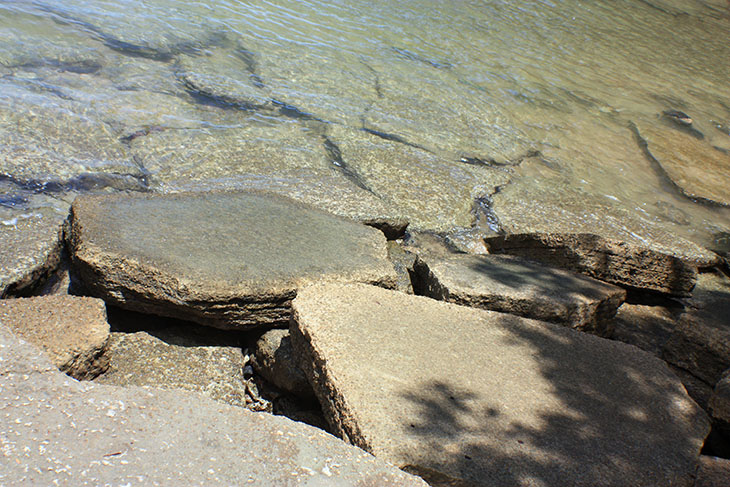 And the views are pretty good… 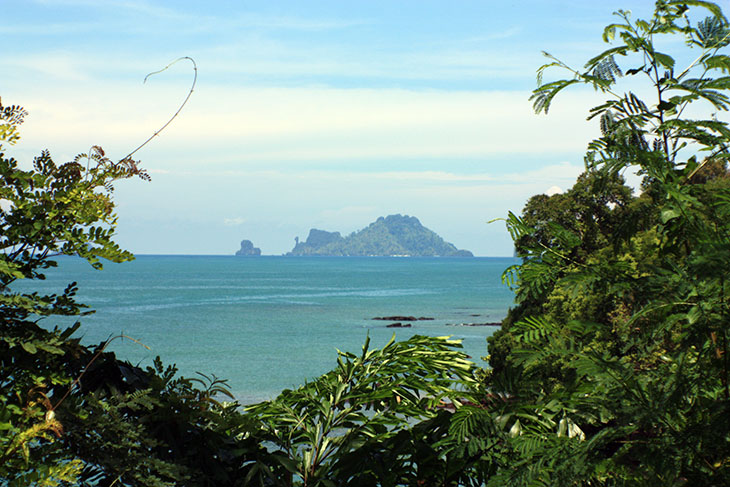 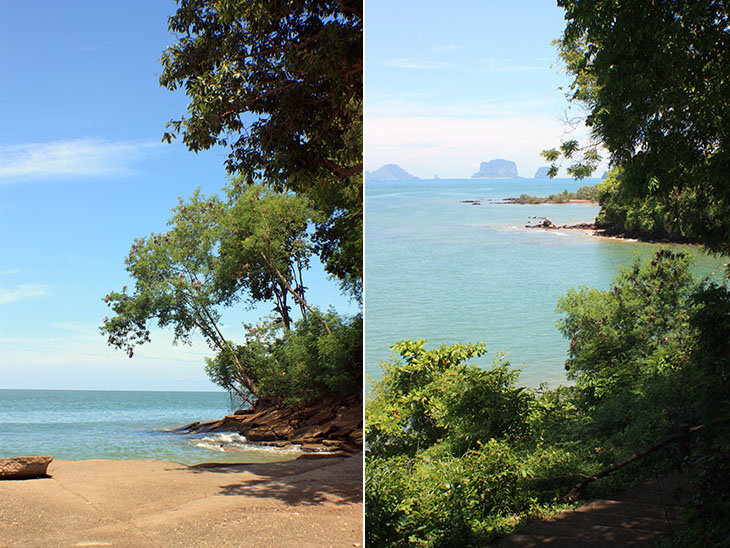 There is an entrance fee, but it’s worth it. The place is nicely laid out with grassy areas and proper steps to reach the beach… 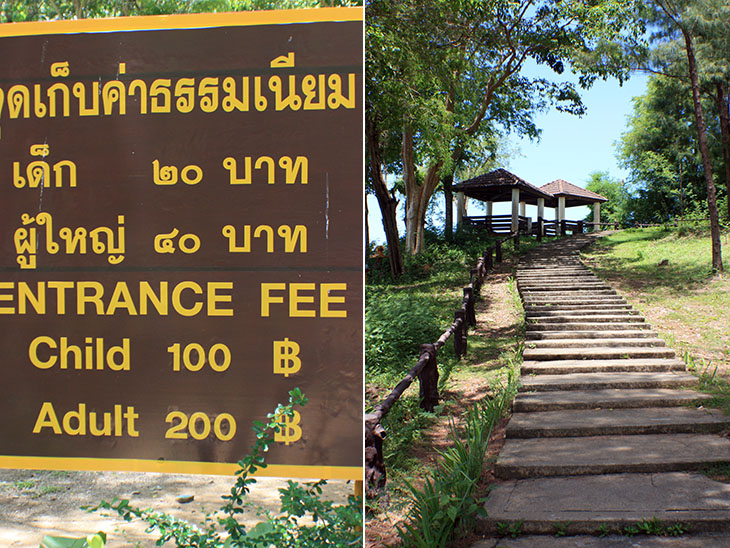 …although I was a bit confused by the fee. I handed over Bt200, and received Bt100 change! In Thai, it says adults are Bt40 (that’s normal) so maybe I look partly Thai – although I’m not sure which part – so they charged me a fee somewhere in between.

Or you were being especially childish that day. 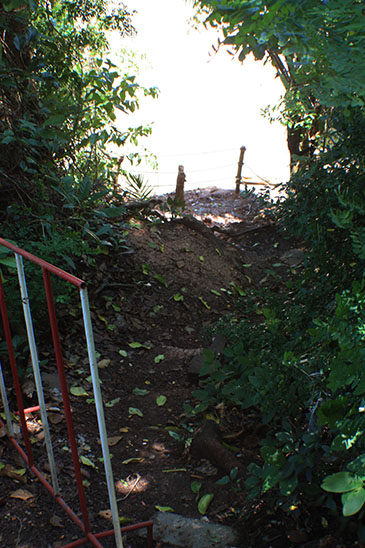 If you don’t want to pay, you can scramble down the bank on the right to some other fossil slabs.

Needless to say, there’s all kinds of shell products on sale, but I wasn’t tempted… 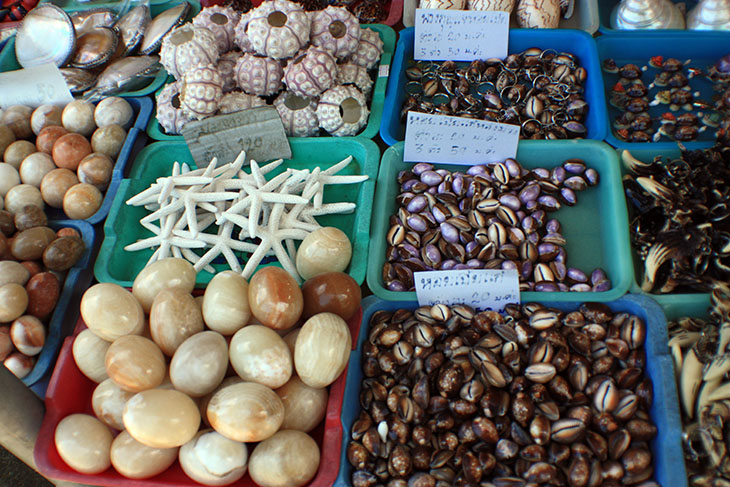 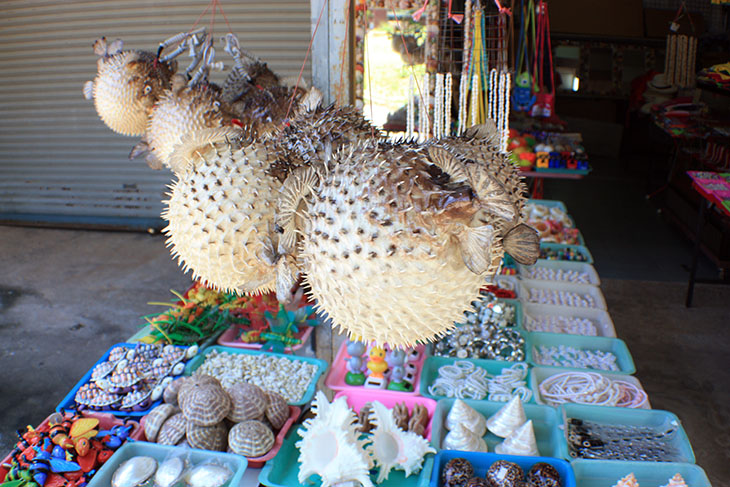 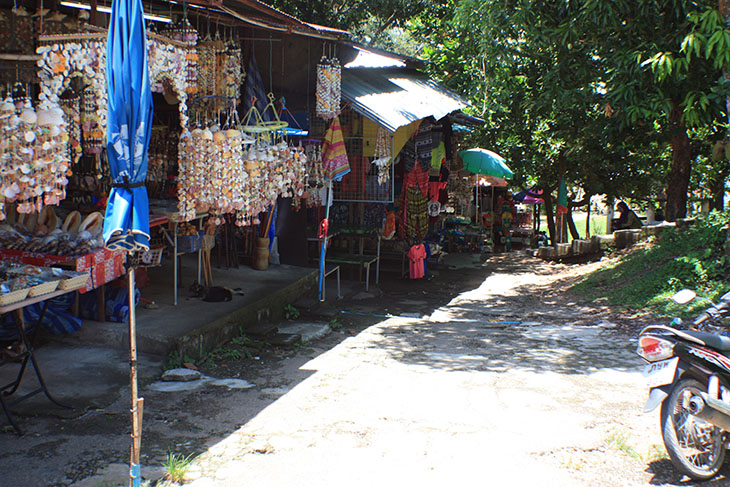 If you’re in the Krabi area, it’s well worth a visit, if for no other reasons than the facts that it’s so old, and it’s something really unique.