Krabi Province is famous for its beaches. Both those on the mainland and those on the many islands out in the Andaman Sea. So, I couldn’t make a day trip over there without inspecting at least some.

Probably the most famous, not just in Krabi but the whole of Southern Thailand is Ao Nang. It’s about 18kms by road from Krabi Town, a place most tourists bypass anyways as they head for the beaches.

It’s a very small strip of beach but it probably took me twenty minutes to get from one end to the other, where I made an obligatory diversion inland, around the headland you can see on the left in the photo below… 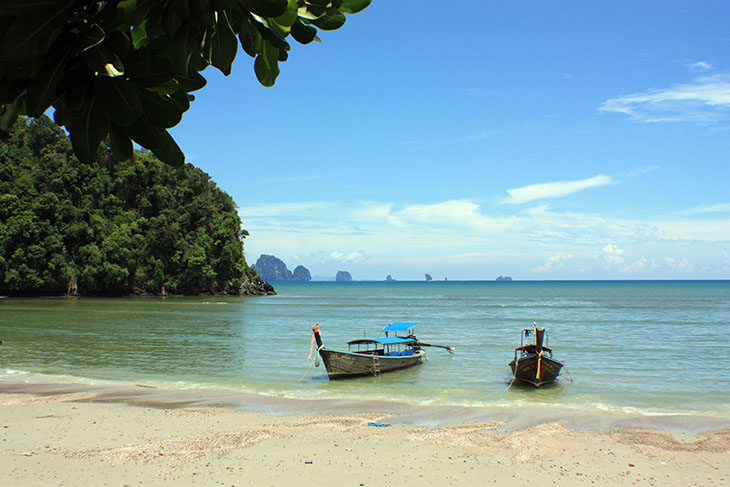 …to reach Ao Nopparat Thara and then Ao Phra Nang. Actually, I think the beginning part is still Ao Nang – or maybe they like to trade on the name of their famous neighbor – but the names change as you go further northeast along the beachside road. Views are quite spectacular… 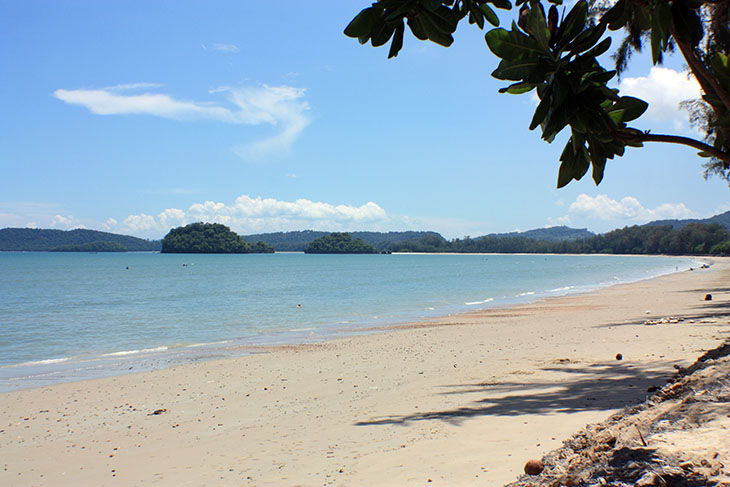 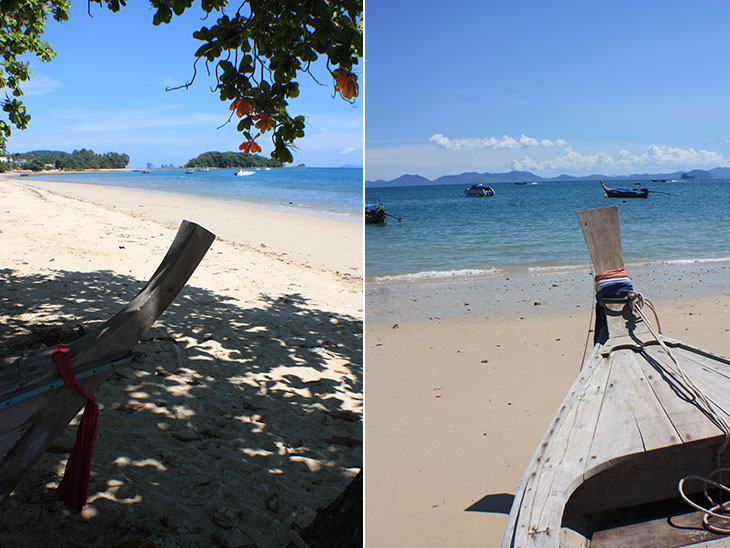 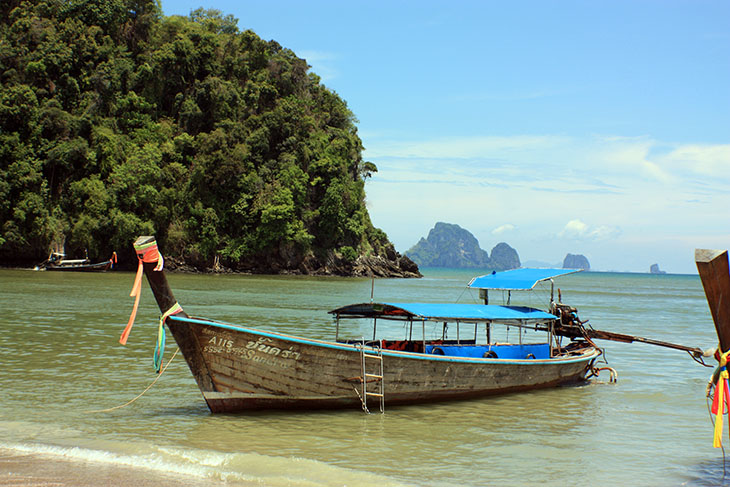 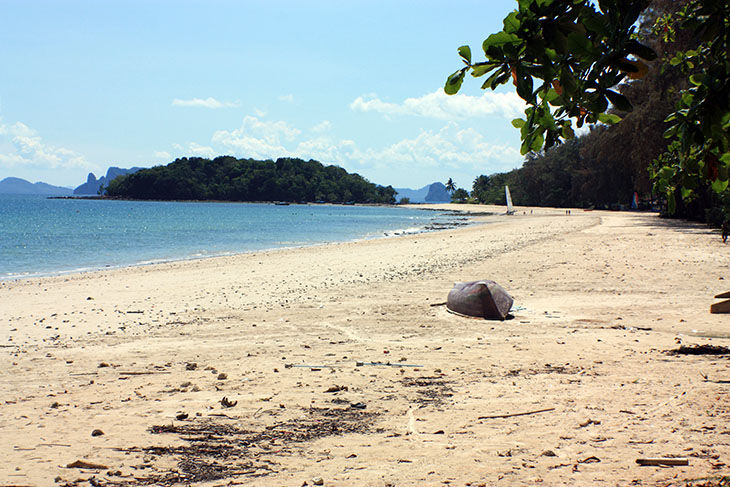 Along the way I suddenly realized it well past Lunch O’Clock, so I found a nice food court across from the beach, where I ate a plate of what looked liked strips of roast chicken on a bed of strips of roast chicken. Yes, there was a lot of chicken, and sesame seeds and the obligatory selection of chili sauces…

…very cheap too, especially considering where I was.

So the rest of the early to mid-afternoon was a very simple tootle, keeping as close to the beach as possible. I always make some trip notes, so I have a rough idea of what I should be seeing, and in there I’d written, “Keep going until bored.” Are you kidding? How can you get bored with views like these?… 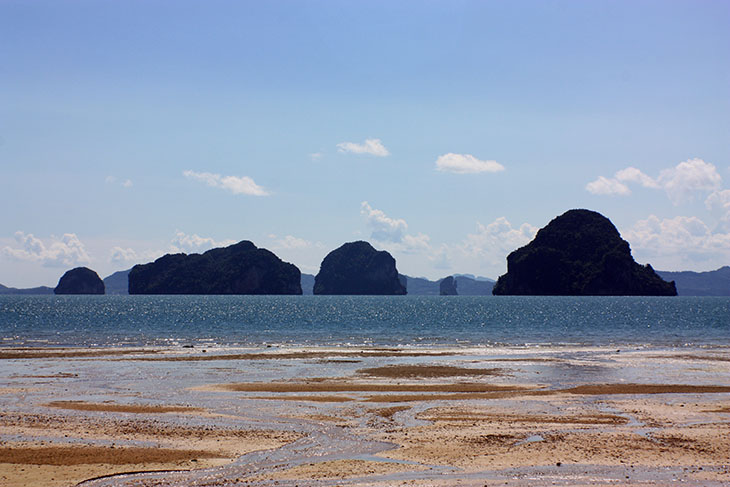 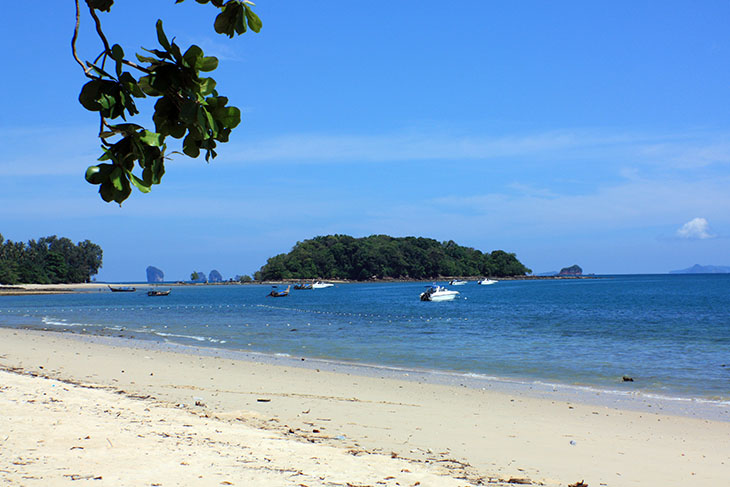 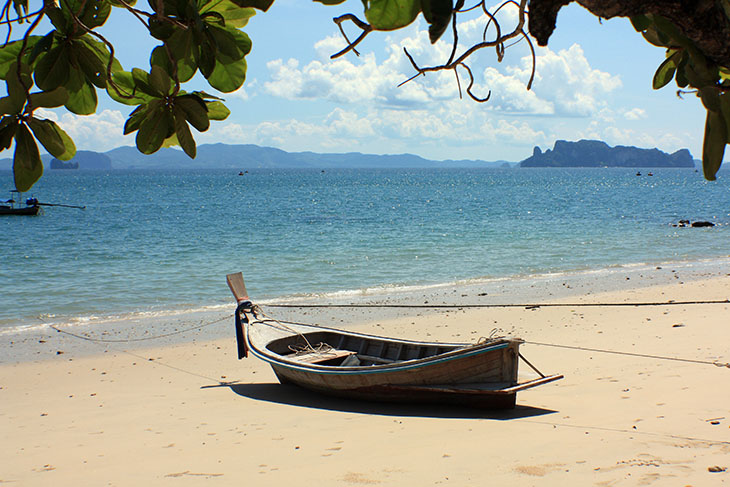 But, after going inland a ways to cross a river bridge, and then back out to he beaches, the road became a dead-end, and was very much under construction. So, eventually, I had to do a 180 and head back.

After that, I kept going north, since that was roughly the direction I needed to go to get to Highway 44 and home. More of that in the next article.