So, here’s another mystery. Perhaps a bigger mystery than Wat Boek.

Wat Chom Petch Wanaram is further from Sichon than the previous three I’ve mentioned. It’s about 22kms west of the city. You get to it by driving up a very narrow and overgrown road until you see this… 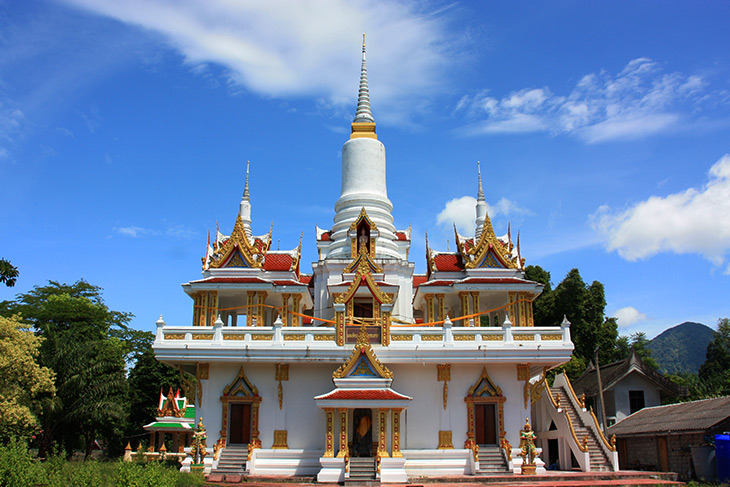 Hmm, impressive. But you can only see the front. An aerial shot is better… 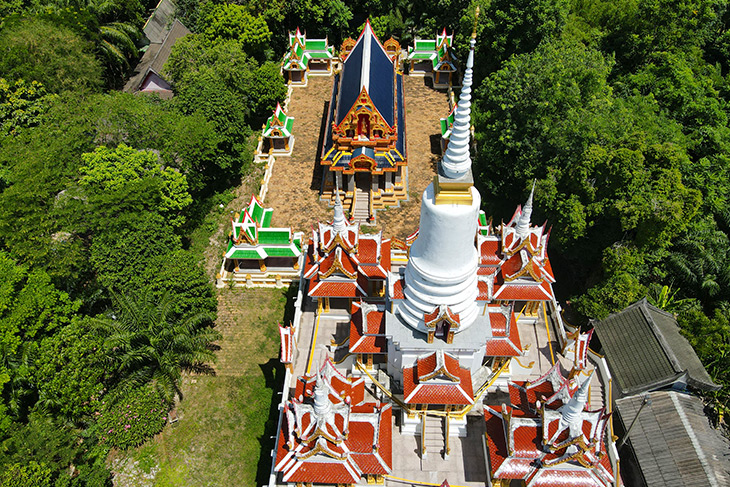 It’s quite extensive, with the two large buildings and the chedi. It seems odd that they are not in line with each other, but maybe that’s just my OCD kicking in. In addition, they are totally different styles and colors. It’s like two architects had a competition to see who could build the nicer wat. Despite the more traditional coloring, I’ll vote for the front one. 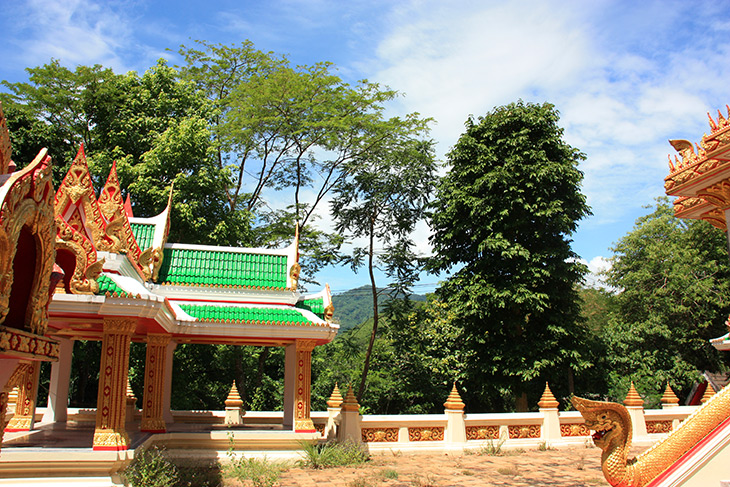 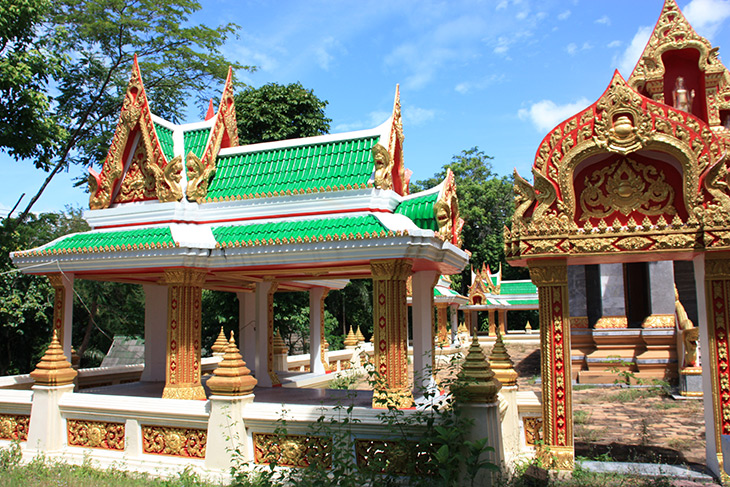 But, I haven’t mentioned the mystery. As you can see from the last two pictures, the place is quite overgrown. It’s not just deserted, it seems to have been abandoned. It’s dirty and grubby in places, there’s left-over construction material, and, as you can see, the guy on the right below is really not happy about it… 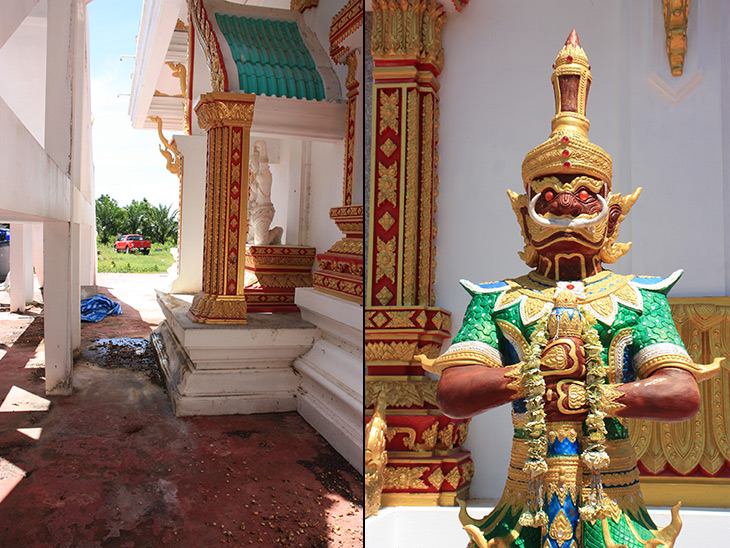 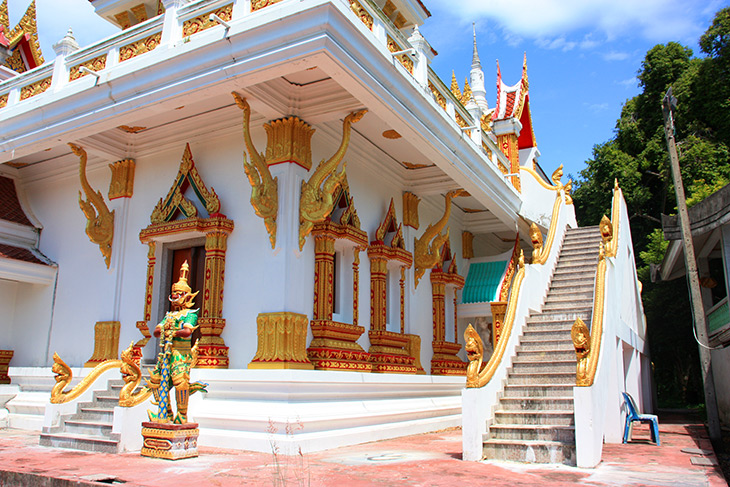 It’s like the construction workers were suddenly whisked away on an alien spaceship, or they were scared away by evil spirits. You have a better explanation? 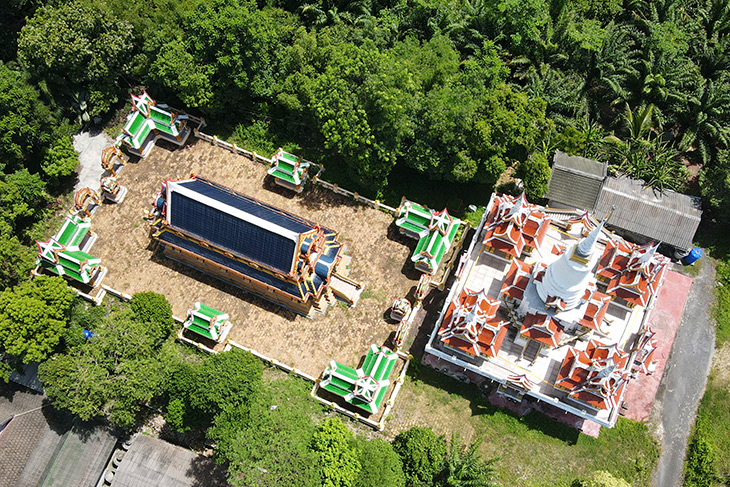 It’s a shame. I wonder how long it will be before the jungle takes over.