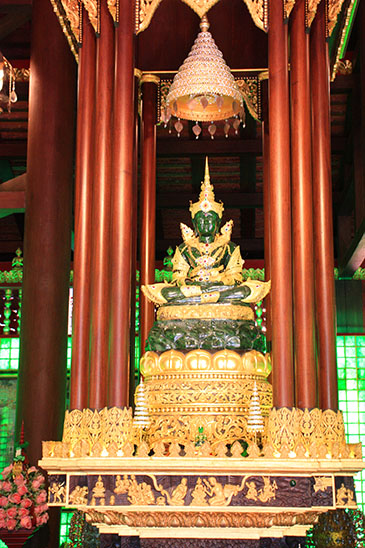 So, after the White Temple and the Blue Temple, I next visited the Emerald Buddha. The name refers to its color rather than composition. It actually has quite a story attached to it, which I’ll keep as short as possible.

No one knows how old the temple is, but it certainly dates back to the 15th century CE. It definitely existed in 1434 because that’s when a bolt of lightning split the chedi. This revealed a mysterious object covered in stucco. After careful removal by a monk, the original emerald buddha was revealed. How it came to be encased in stucco inside the chedi remains a mystery.

The statue that was originally found in the chedi has spent it’s life moving around SEAsia, both before and after its discovery in Chiang Rai. It is thought to have originated in Sri Lanka, and is currently located in the Emerald Buddha Temple in Bangkok’s Grand Palace. It’s been there since 1784.

Needless to say, the residents of Chiang Rai were not too happy at losing their Buddha statue and so in 1990 a new one was commissioned in honor of the Princess Mother’s ninetieth birthday. It was carved in China from Canadian jade, and installed in its current location in September 1991. That’s the one you see above right.

In addition, one of the largest and most beautiful Buddha images in Thailand is housed in the ubosoth or ordination hall… 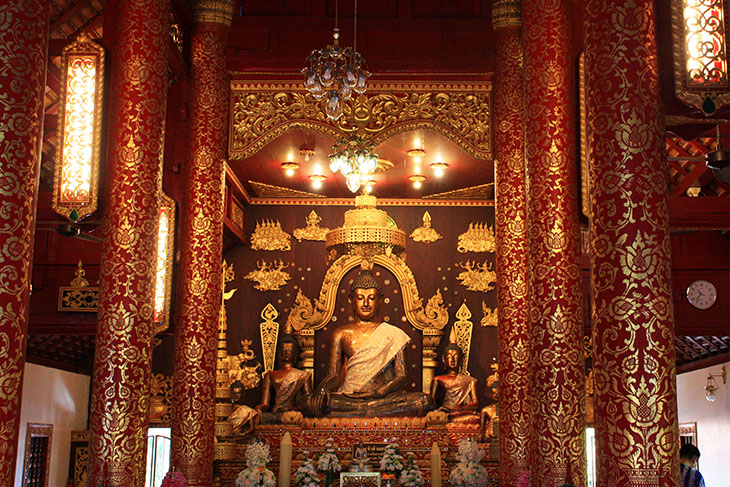 It’s made of brass and copper and is believed to be 700 years old.

Here’s a few more images of the wat… 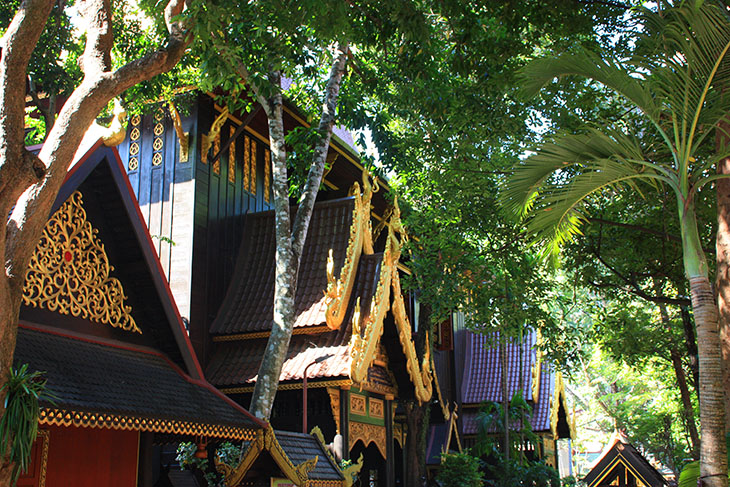 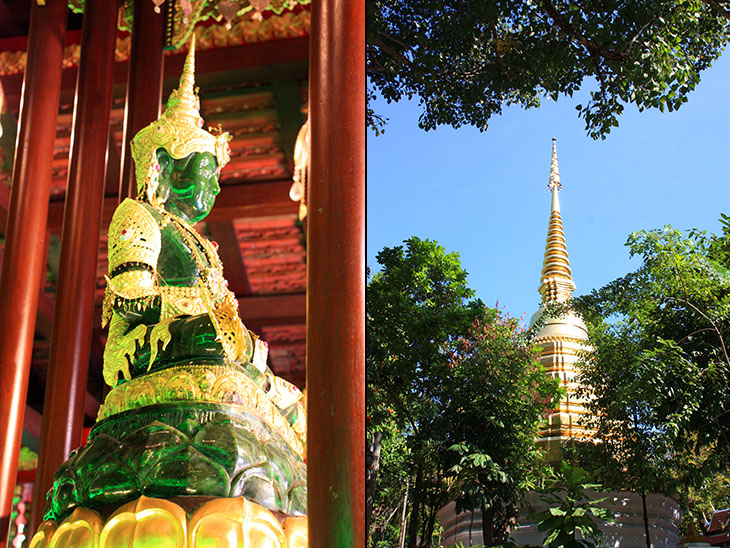 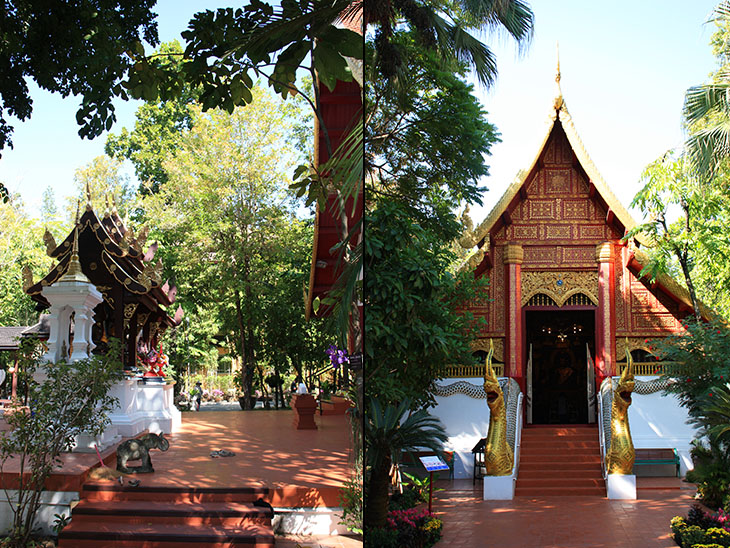 As you can see, you don’t really go here to look at the buildings, but rather the interior statues. However, the place does have one more feature – some of the most spectacular orchids I’ve seen anywhere. It’s difficult to tell from the photos, but most of these are hand-sized… 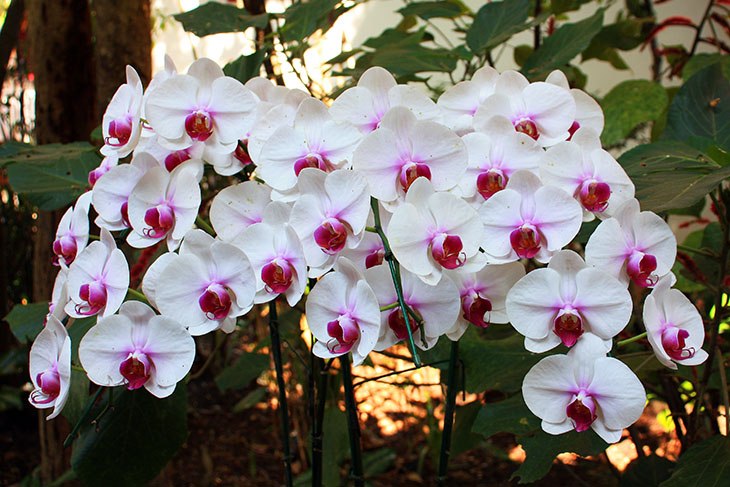 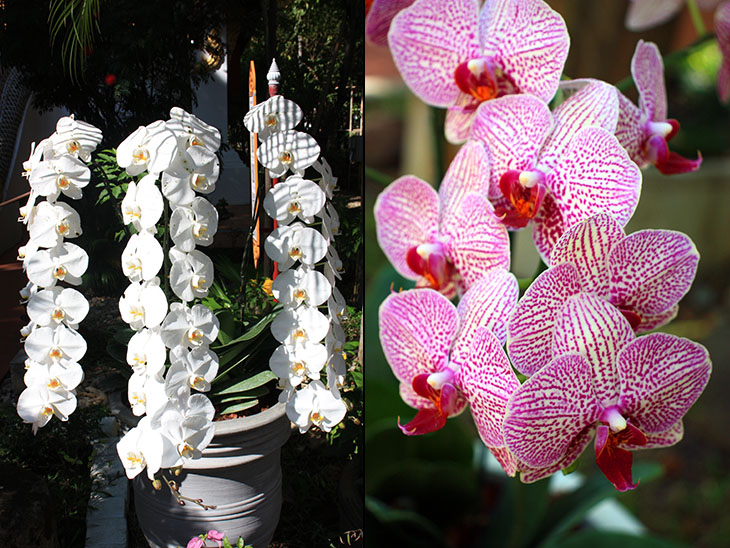 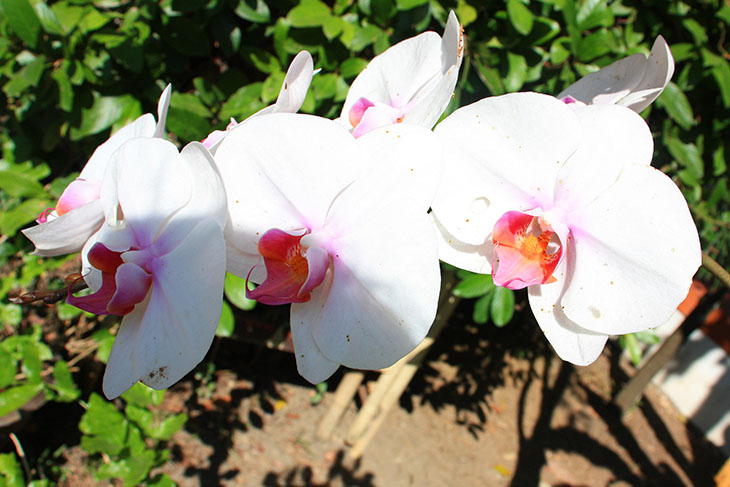 So, what color is coming next?