Another two and half hours north of Wat Chantharam I arrived at Khamphaeng Phet Historical Park. It could have been faster but I chose to use a country road that ran alongside the river, Mae Ping. A nice drive.

I must confess, I don’t get too excited about these historical parks, especially the less famous ones. They are usually about five hundred years old, and they are often little more than a pile of bricks and laterite blocks.

If you tour around Europe you can visit palaces and castles that are way older than 500 years, and somehow, haven’t fallen down. If you go to places like Corinth in Greece, you can see remains that are 2000 years old, and are in better shape than Thailand’s historical parks. And in Corinth you can tour museums, read informative plaques, and get a general idea of what the place used to looked like and how it was used.

So, yes, I also have a problem with the lack of effective information. The Khamphaeng Phet park is something like four square kilometers (maybe more, but like I say, there’s a lack of information.) There’s the remains of umpteen buildings. Also, you have to pay. And all you find are plaques like this…

It’s very kind of someone to tell me that mondop is pronounced mondop. I might have gone around calling it mindip or moondoop. And what does Wat Mondop look like? This… 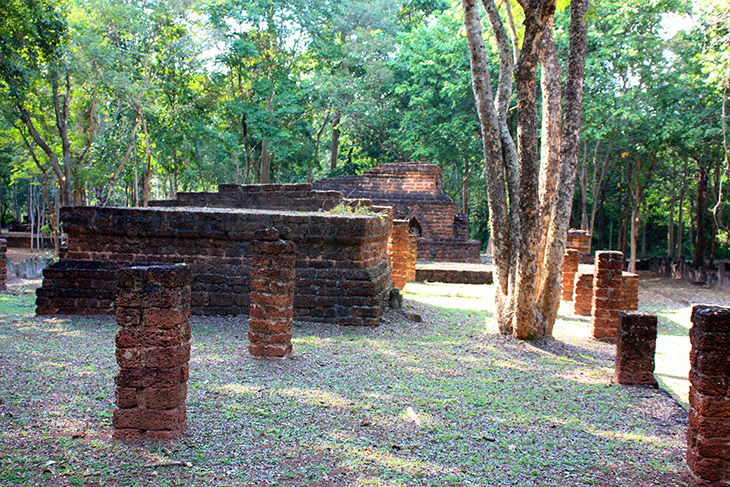 Yes, several piles of bricks. Looking at this, I can’t get any sense of what the area must have looked like 500 years ago, what all the building were used for, why the people needed so many temples, where they lived, what they did, etc., etc.

Despite this, I spent a couple of hours here. And I did find some buildings that had only partly fallen down. Here’s some of the better ones… 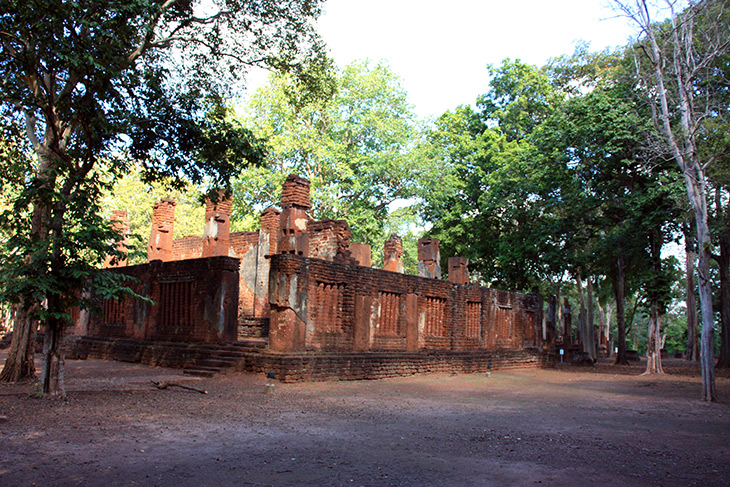 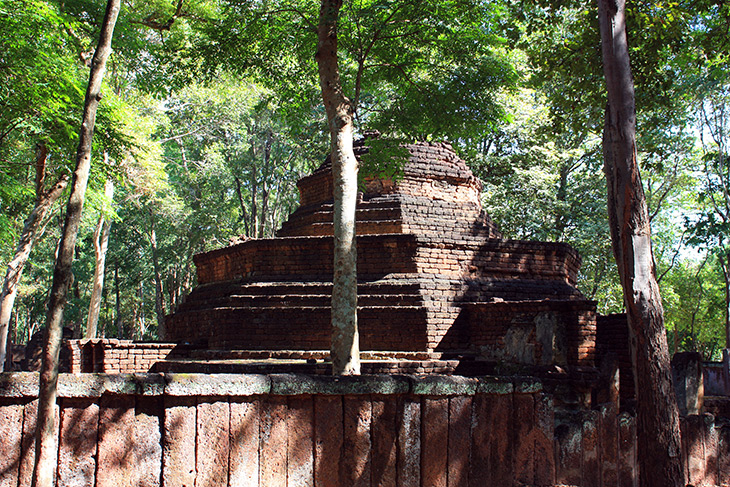 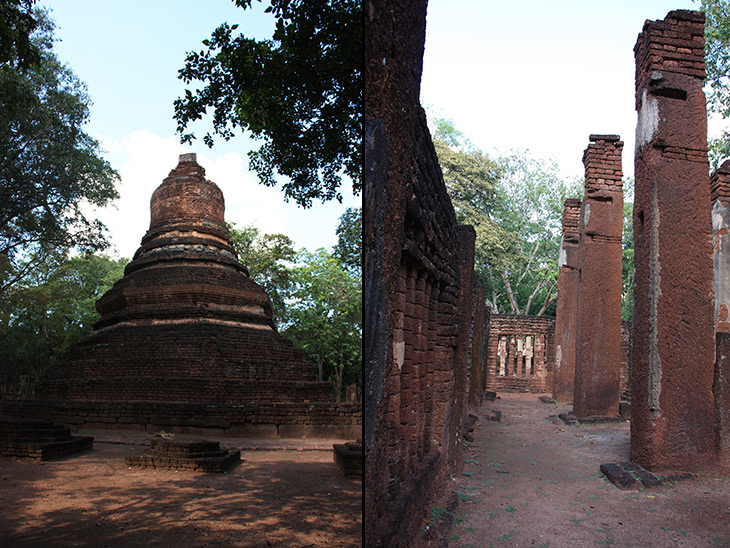 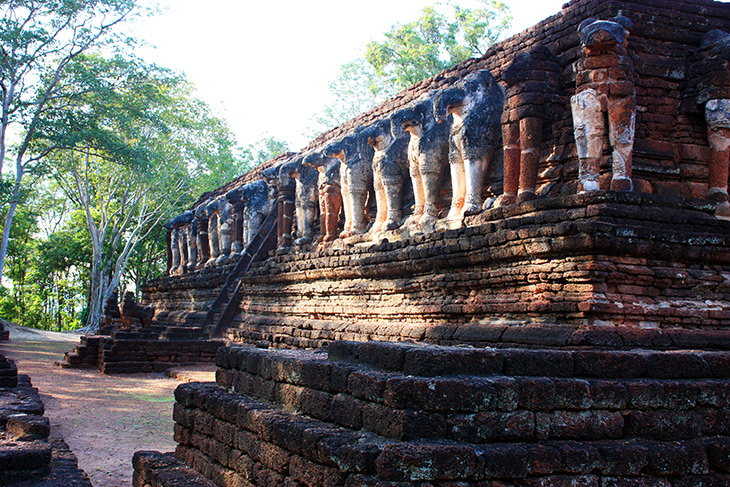 To be honest, I was hoping to get some great aerial shots, but I don’t think piles of bricks are any more interesting from above than from ground level… 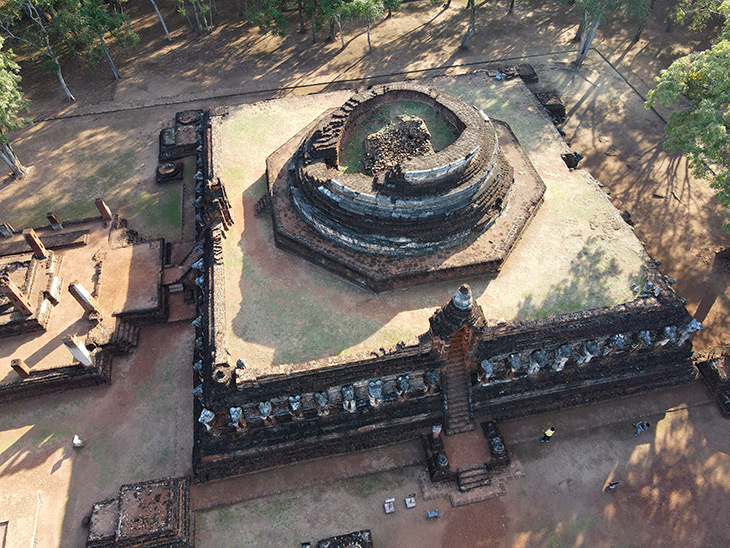 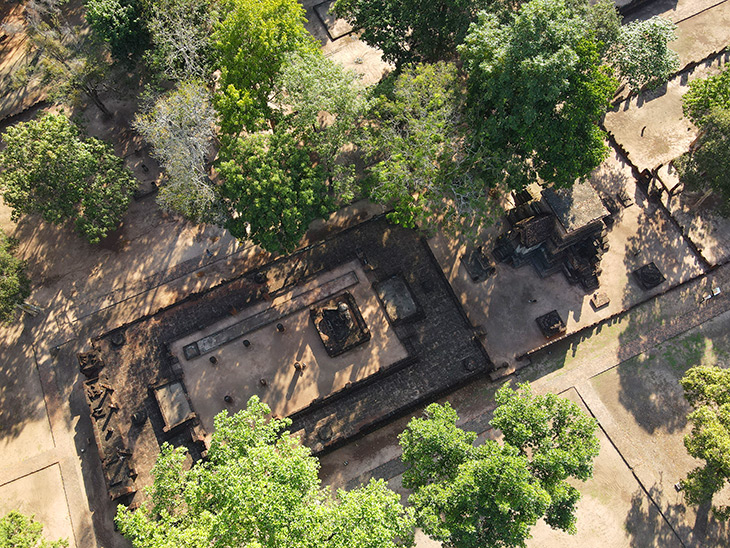 Oh well, lesson learned. On the other hand, maybe you’re looking at the photos and saying “Wow, what amazing piles of bricks.”

Anyways, I wasn’t quite at my destination for Day 3. I had another hour to go alongside the picturesque Mae Ping, to reach the town of Tak. You want to see photos? Oops. Forgot.

NEXT: Tootling Around Tak…