Wat Tha Sung is also known as Wat Chantaram, but more popularly known as The Glass Temple. It’s in Uthai Thani province, which was just over an hour’s drive north of Ang Thong, last night’s “home.”

The whole temple complex covers a vast area, something like a square kilometer, and as a result, I missed bits. But at least I was more diligent than most tourists. I’ve noticed that when an area has a main attraction, that’s all that people bother to visit. In the case of Wat Chantaram, it’s the spectacular interior of the main temple, which gives it the nickname The Glass Temple. For sure, it’s not to be missed, and it was one of the highlights of the trip, but the area has much more to offer.

So, before lining up with the hundreds of tourists to see the glass marvel, I wandered around… 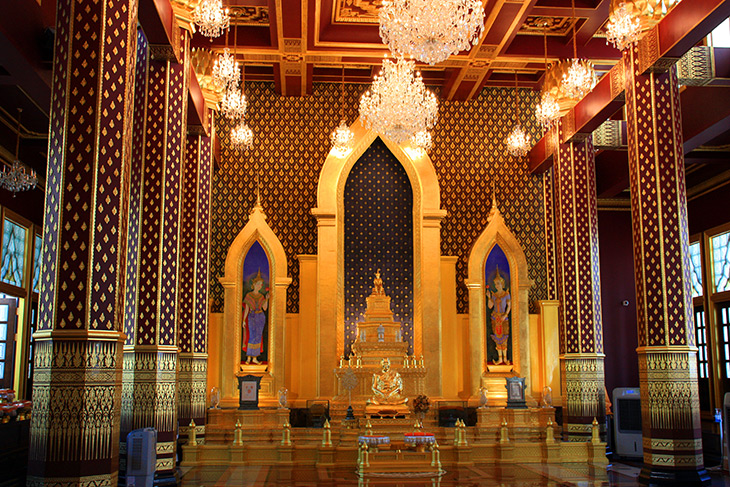 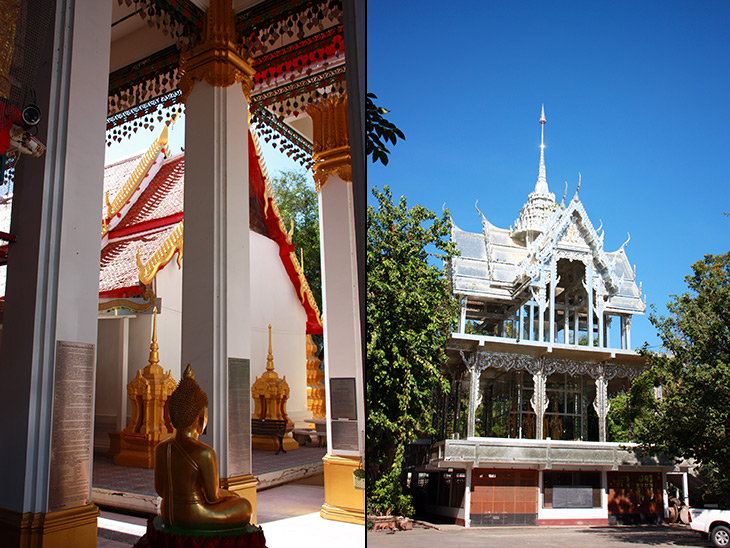 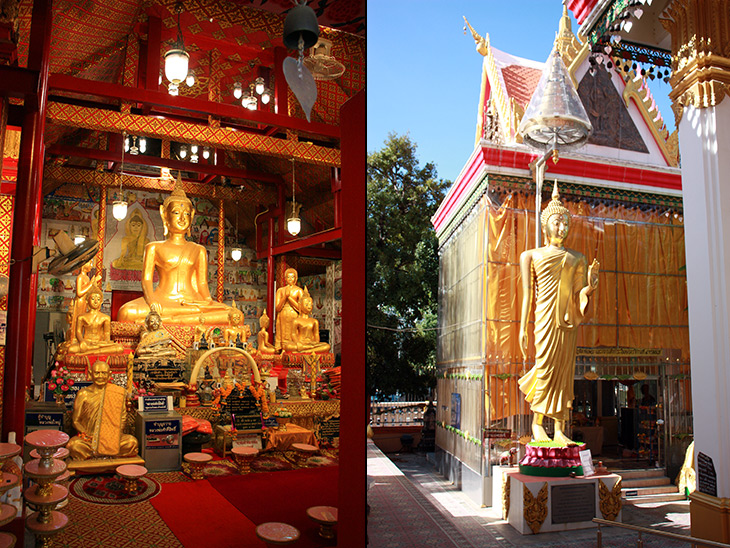 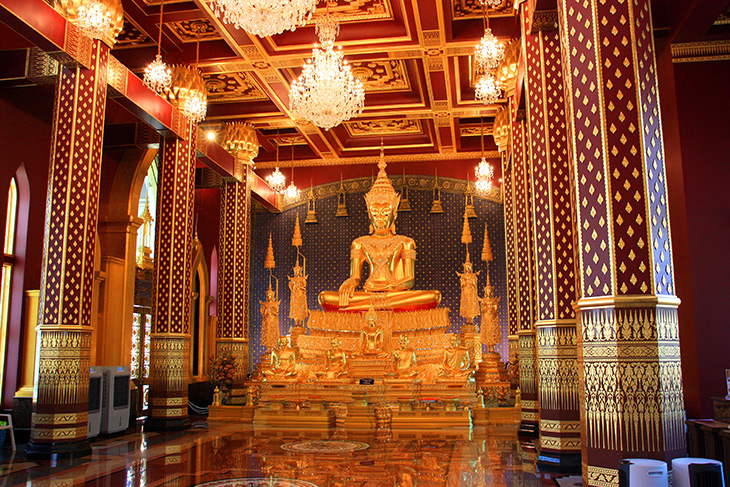 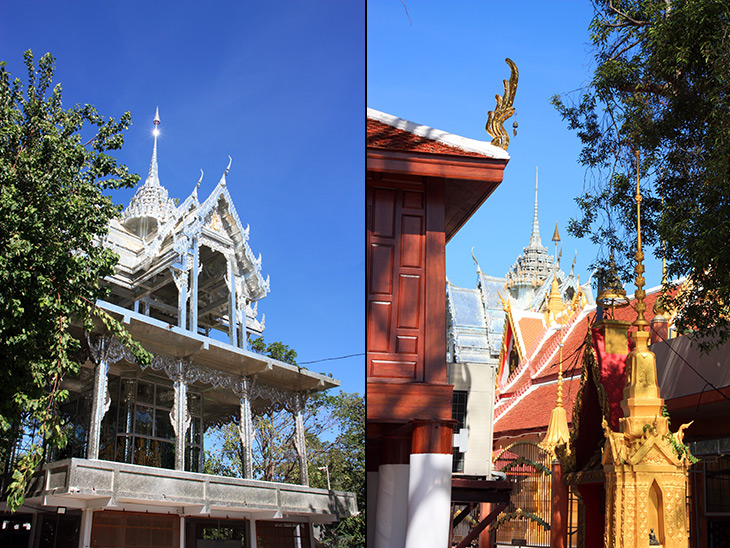 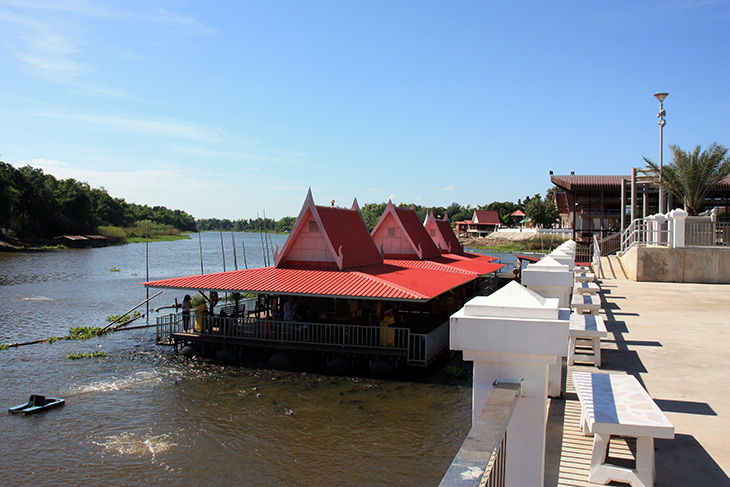 I didn’t see anyone else on my wanderings. So, I headed back to the main building… 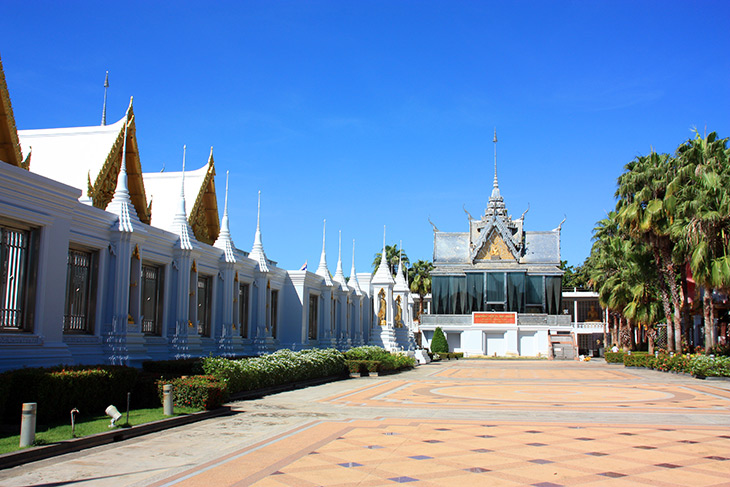 The whole complex was built during what is usually called “The Ayutthaya Period” – as though everyone on the whole planet knows when that was. Wikipedia helpfully tells us it was 1350 to 1767CE which is still a bit vague. It seems though that the place was abandoned for a while and that renovations were started in 1789, which narrows things down a little. I find it quite surprising, because the place looks new, and if it’s really that old, it’s remarkably well kept.

All of which brings us to the stunning interior… 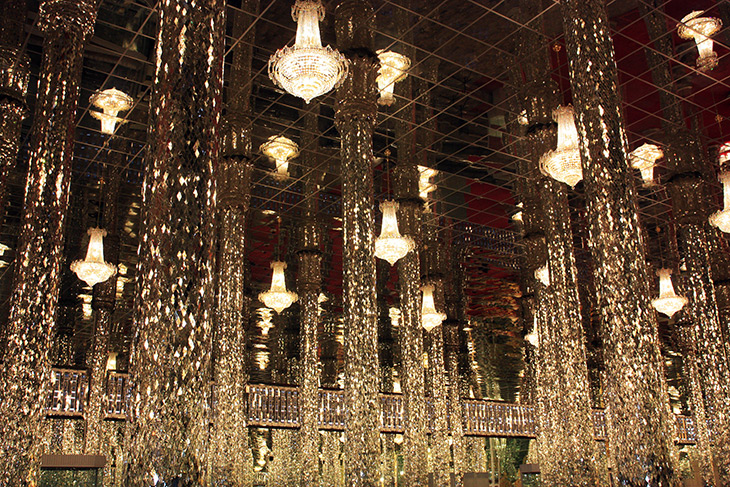 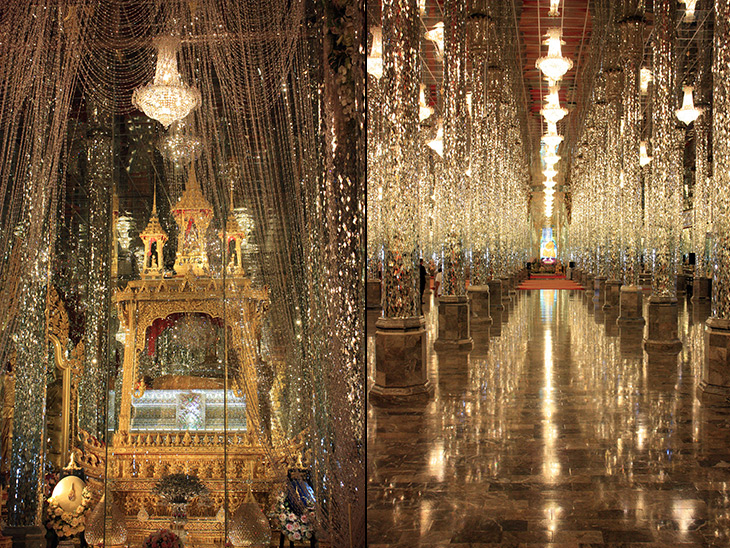 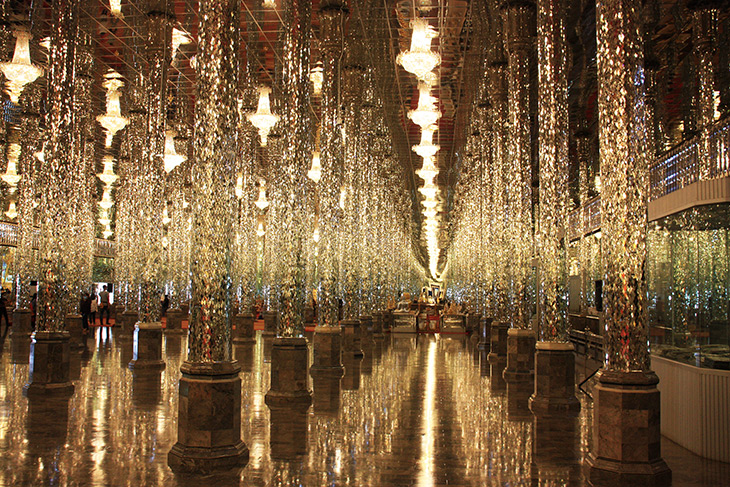 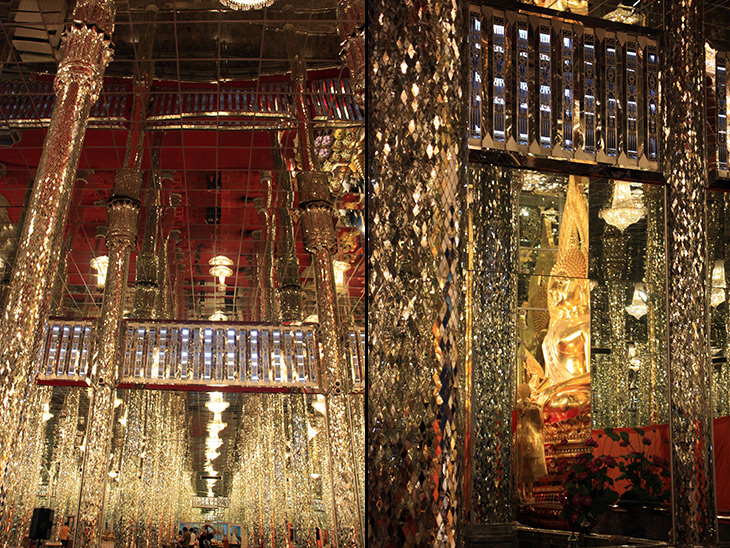 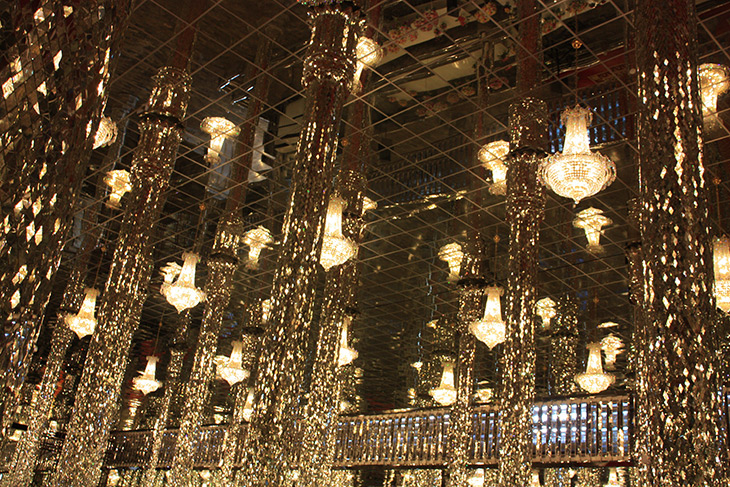 I wasn’t exaggerating was I? It’s mind boggling.

Strangely, photos taken with my iPad have a totally different color grading, but are no less spectacular… 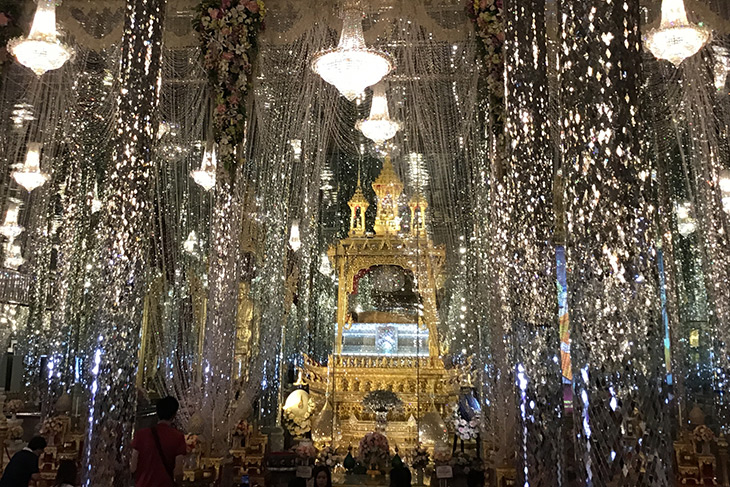 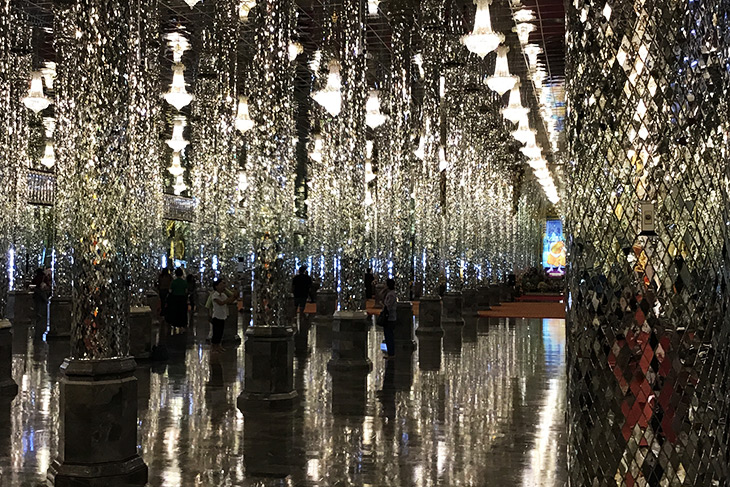 Oh, and in case you’re thinking “It must have cost a fortune to go inside” … nope, it was free.

This one was on my Bucket List, and still is. I must go back one day to find out what I missed.