Regular readers may recall my articles about Wat Bang Thong in Krabi Province. The latest is here.

In a nutshell, it’s a spectacular giant golden tower surrounded by many other interesting buildings, and covering a very large area of Ao Luek District. I first discovered the place some four years ago while driving home, late one afternoon, after touring around various places in Krabi province. From the road I was using, the top of the gold tower was visible in the distance. I had to investigate.

It was very much under construction. There were no tourists. I wasn’t even sure I should be there, but none of the workers seemed to care. So, I nosed around, not really having any idea what I was looking at, aside from a tall golden tower. I assumed it was some kind of Buddhist temple or “wat” but at the time, there were no signs and no information.

So, two years ago, I was there with a Thai friend. She spent some time asking around, but there was still no information. However, the main tower was complete, and the interior had been decorated, if you can use the word “decorated” to describe spectacular murals in stunning colors. By the time we left, we were no wiser as to why it was there and who had built it… in other words, who had paid for it! 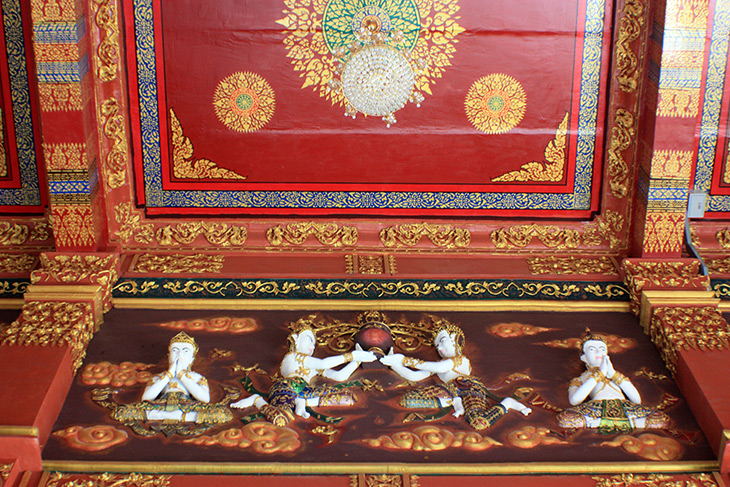 I was there again about eighteen months ago to make a video. You can view that here, after which, you’ll know as much about the place as I do…

So, the other evening I was watching a BBC documentary about the life of the Buddha. “BBC Genius Of The Ancient World 1 of 3 Buddha” to give it its full title. I’m deliberately giving a small plug for the series, in the hope the BBC won’t mind the fact I stole a couple of screen images. But you see, something caught my eye… 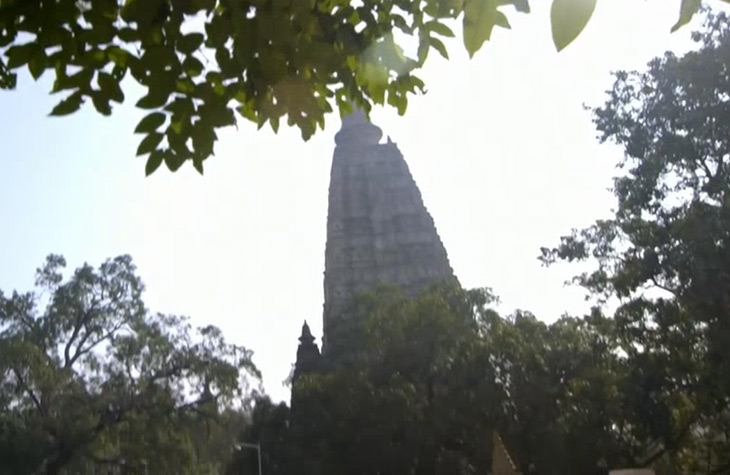 It’s a bit hazy, but I thought – I know that place. Then there was a clearer picture… 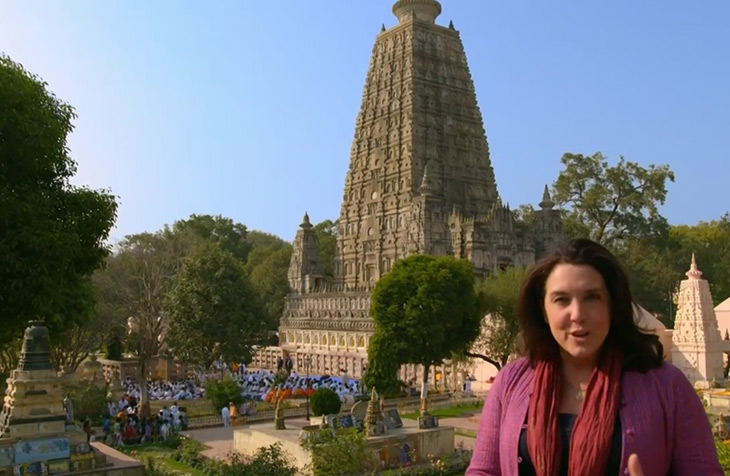 That’s Wat Bang Thong, I thought, but that wasn’t possible, because the program had been filmed in India. So, some Googling was needed. That took a while, because I really didn’t know what I was looking for. A tall temple in India! But eventually Wikipedia provided the answer. Doesn’t it always.

The Mahabodhi Temple (literally: “Great Awakening Temple”) or the Mahabodhi Mahavihar, a UNESCO World Heritage Site, is an ancient, but much rebuilt and restored, Buddhist temple in Bodh Gaya, marking the location where the Buddha is said to have attained enlightenment. Bodh Gaya (in Gaya district) is about 96 km (60 mi) from Patna, Bihar state, India.

While Asoka is considered the Mahabodhi temple’s founder, the current pyramidal structure dates from the Gupta Empire, in the 5th–6th century CE.

However this may represent a restoration of earlier work of the 2nd or 3rd century: a plaque from Kumrahar dated 150–200 CE, based on its dated Kharoshthi inscriptions and combined finds of Huvishka coins, already shows the Mahabodhi Temple in its current shape with a stepped truncated pyramid and a small hemipherical stupa with finals on top.[20] This is confirmed by archaeological excavations in Bodh Gaya,
The stupa finial on top of the pyramidal structure.

It is thought that the temple in the shape of a truncated pyramid was derived from the design of the stepped stupas which had developed in Gandhara. The Mahabodhi Temple adapted the Gandharan design of a succession of steps with niches containing Buddha images, alternating with Greco-Roman pillars, and top by a stupa, as seen in the stupas of Jaulian. The structure is crowned by the shape of an hemispherical stupa topped by finials, forming a logical elongation of the stepped Gandharan stupas.

Here’s a couple of photos from the Wikipedia article… 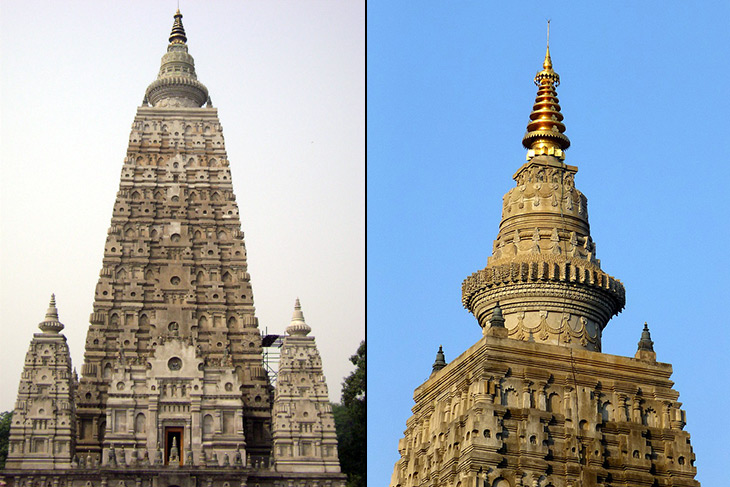 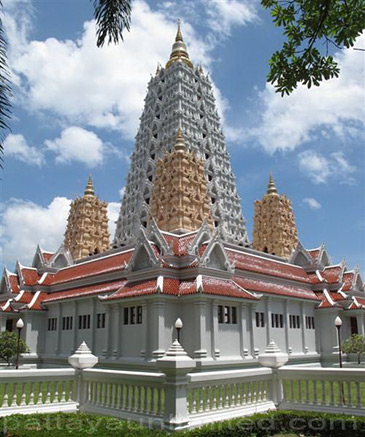 So, it would seem that Wat Bang Thong is a replica of the Mahabodhi Temple in Bihar State. Which of course still doesn’t tell us who built nor why. But it would seem it is not the only replica in Asia. There are at least five, one of which is in Thailand. Wat Yannasangwararam in Chonburi province – roughly 100kms southeast of Bangkok. It now on my “To Visit” list, but just when that might happen, I really don’t know.

But when I do go, perhaps I’ll discover who built that one, and why. Or not. Oh well, I’ll try to solve one mystery at a time.