So, there I was, trolling through old photographs of Thailand – well, old in the sense of not recent – looking for suitable places to make drone videos, when I arrived at the ones taken at the Thale Mok Viewpoint. And I thought, nahh, if you’re already high up looking out at the surrounding countryside, being 100 meters higher isn’t going to make any difference to what you can see.

But then I noticed this one… 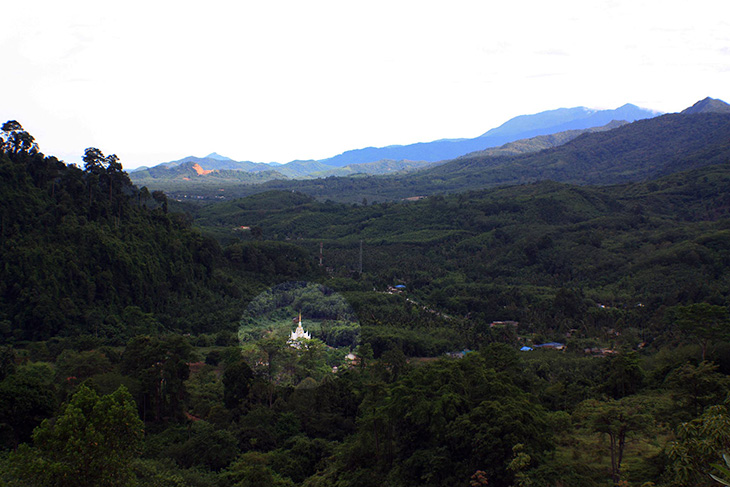 …and thought, I have no idea where that wat is. I’d better investigate. And I did. Yesterday.

Krung Ching is a remote area, but only about 90 kms south of me, so an easy drive. I always enjoy going to that part of Thailand. Clear mountain air, cooler temperatures, verdant scenery. What’s not to like. Anyhoo, I was rather breathtaken (probably not a word, but it should be) by what I found. Take a look… 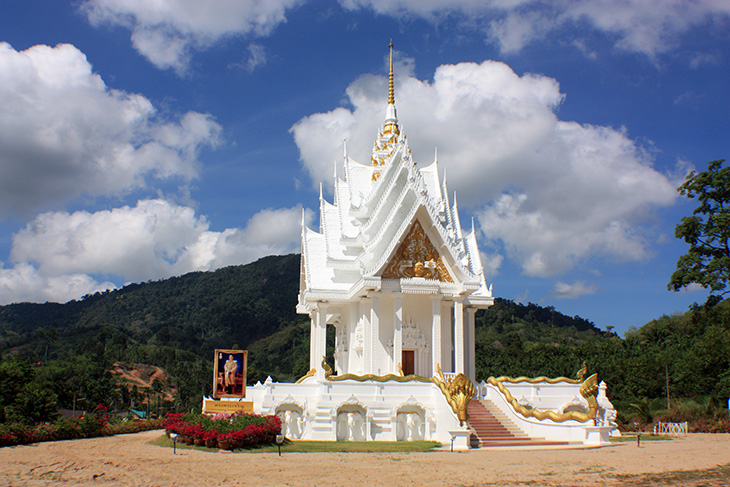 Not only that, but… 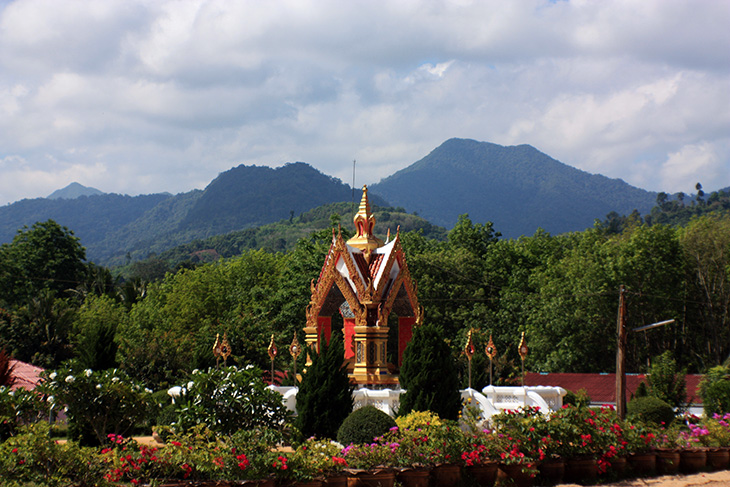 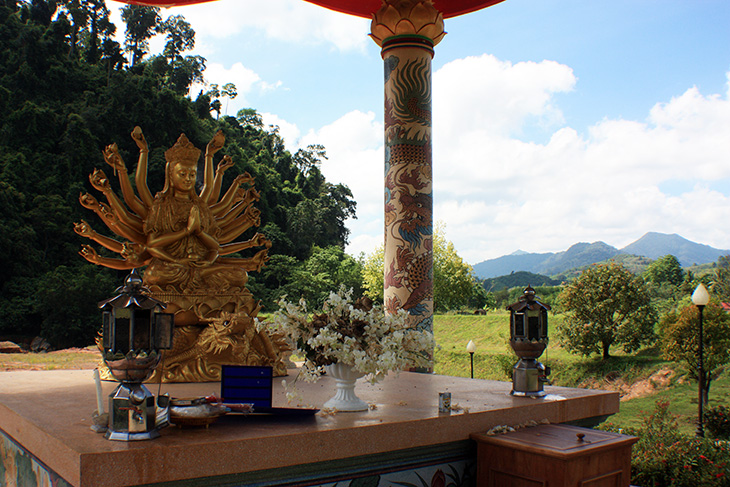 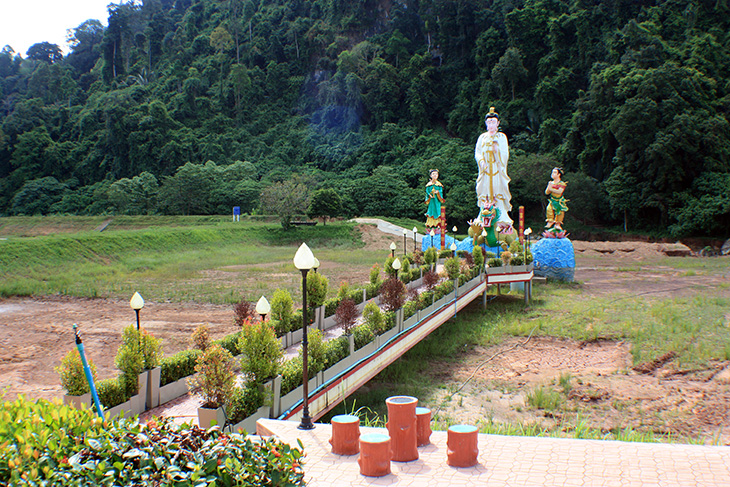 I believe Kuan Yin and her walkway (last photo above) are normally in the middle of a lake, but either it has been emptied for maintenance or the recent hot sunny weather has dried it up. That gives me one of many reasons to return.

It looks like all flavors of Buddhism are catered for under one roof, so to speak. I expected to find only the white wat… although, I must admit that is the most spectacular of the structures. Here’s some more random photos… 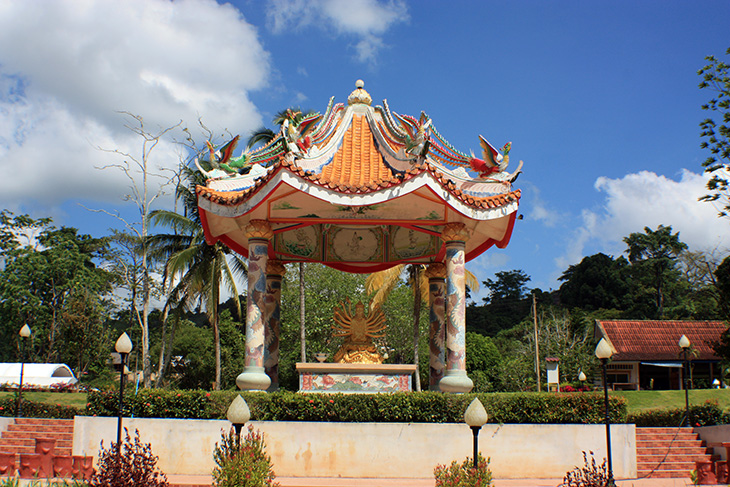 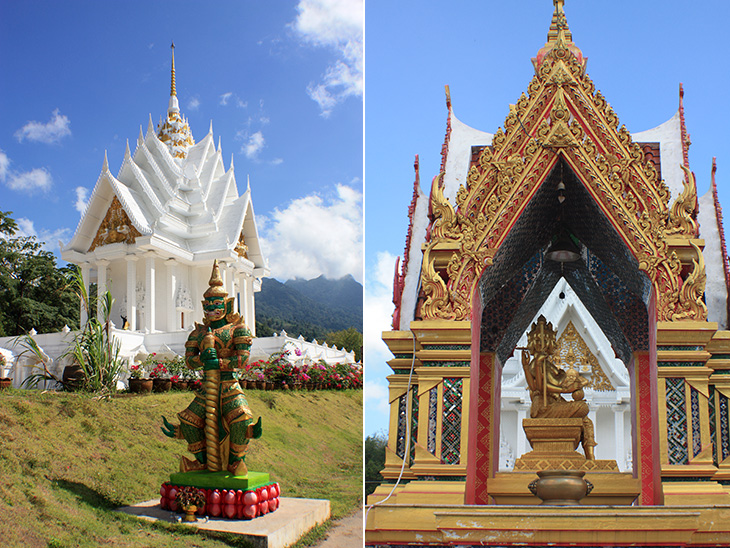 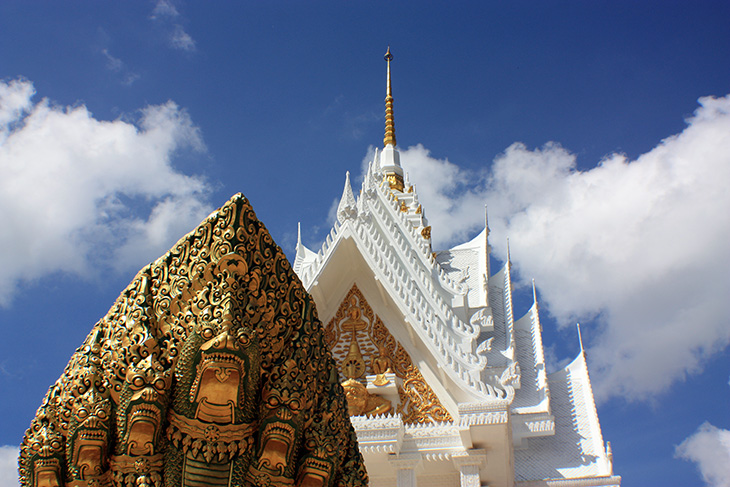 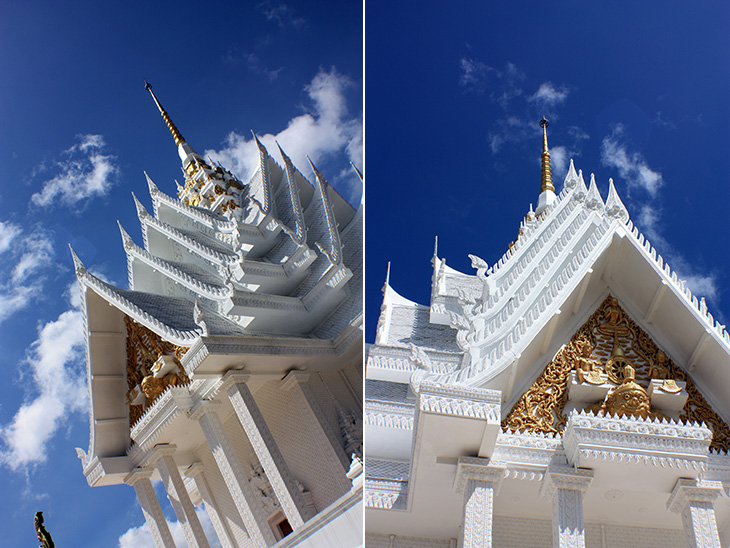 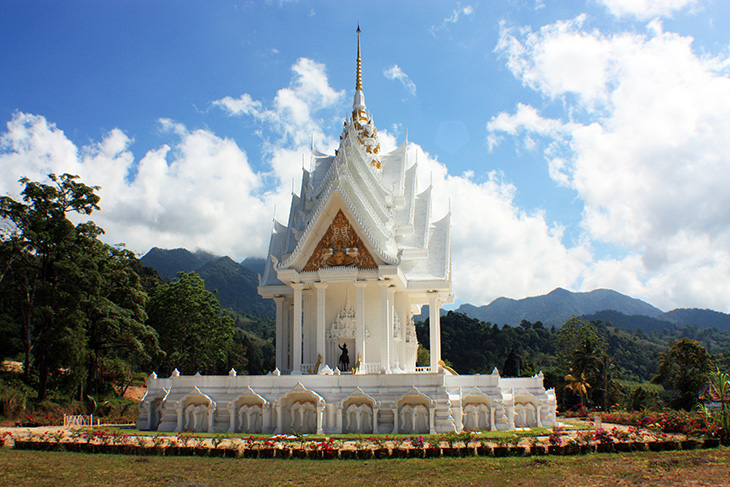 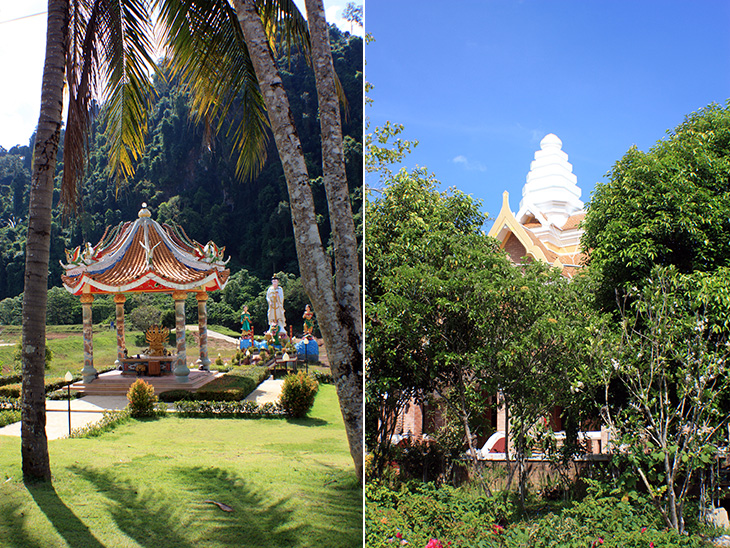 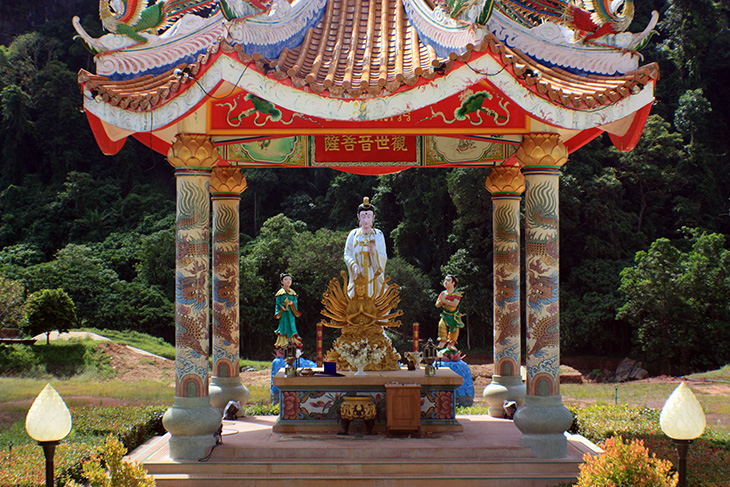 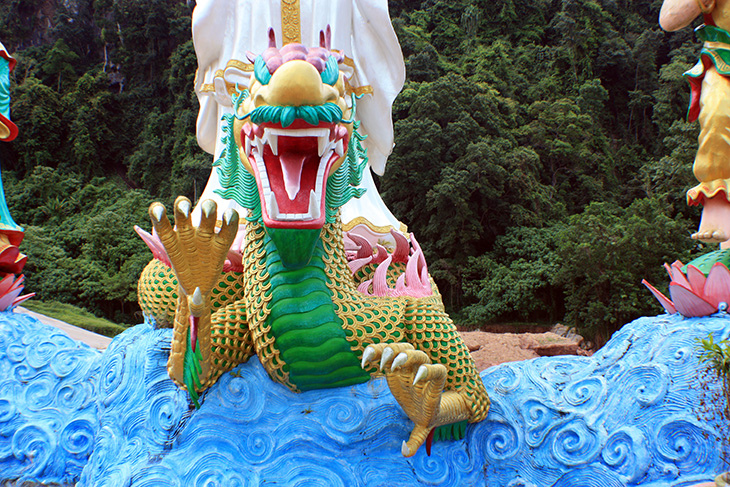 Whoever made that dragon statue in the last photo above could be in serious trouble in China. Five toed (or clawed) dragons, as opposed to four or three-clawed, were reserved for the Emperor, and you could be executed for owning a five-clawed one. These days they’re just considered to be seriously unlucky.

But as I mentioned at the start, I was looking for places to make drone videos, and I think you’ll agree, I’ve found one.

Mimi (my Xiaomi Mi Drone) was with me so we went flying. Unfortunately though, I encountered my first problem with the drone.

I flew to here…

…hoping to go straight up in order to see the whole compound, when I discovered the push-to-go-up stick wasn’t doing anything! At this point I was starting to think the place would be renamed the Iron Mountain With Drone On Top Temple! Luckily though it turned out I could go in any direction except up and so landed safely. After that, the screen was showing all kinds of error messages, so I called it a day.

Now I have to figure what the problem is, and if I need to order parts from China I’ll be grounded for a month. That won’t make me happy. On the other hand, maybe it was the five-toed dragon wot dun it! But for sure Mimi will be fixed, and the video will be made. Stay tuned.