Wat Ban Den is only about fifty kilometers north of the city of Chiang Mai where I spent five nights of the Great Northern Road Trip.

You’d think a journey like that, mostly on four lane highways would take what, forty minutes? 45 maybe? Try an hour twenty! Chiang Mai’s traffic is horrendous, especially going north. The seemingly never-ending traffic lights change once every five minutes. I should have brought breakfast. I was stationary long enough to eat it.

Anyways, what about the wat?

Let’s take a look at an aerial shot first… 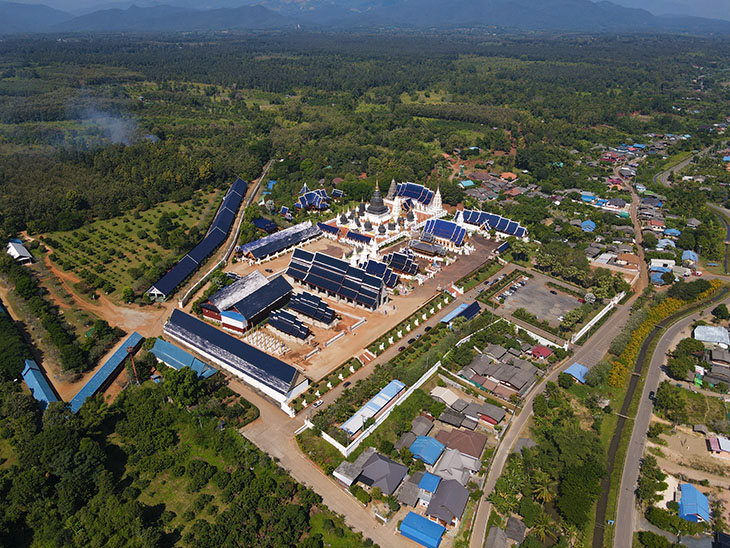 Yes, I was there a couple of hours at least. And, despite the uniform color of the roofs, every building is surprisingly and spectacularly different.

At this point you’ll be expecting me to comment on how a place this size must have seemed highly irreligious. Well I can’t. Because it isn’t.

It probably helped that there weren’t a lot of tourists. In every building I entered there was complete silence. The splendor was breathtaking. Jaws dropped. Heads swivelled. Well, mine did. I’m surprised it didn’t fall off! 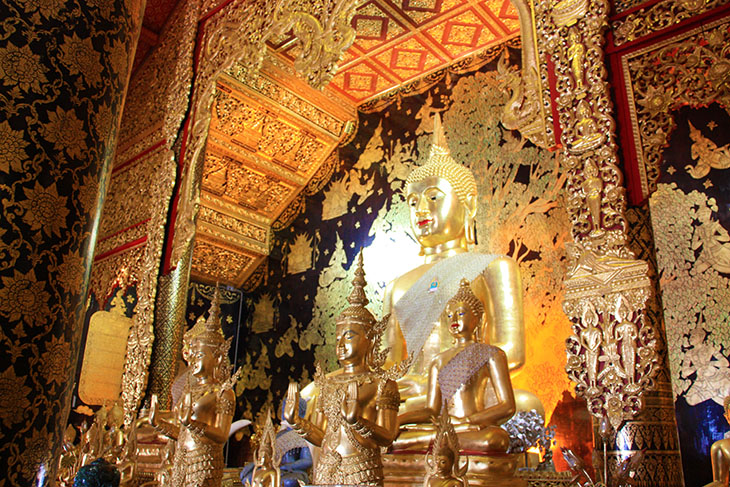 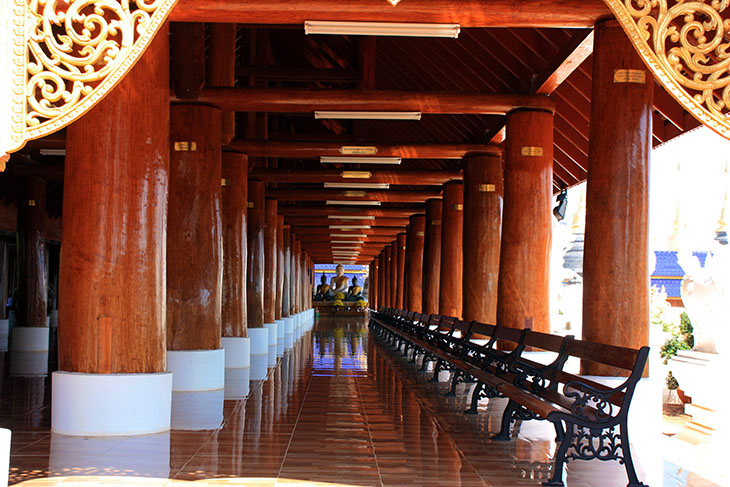 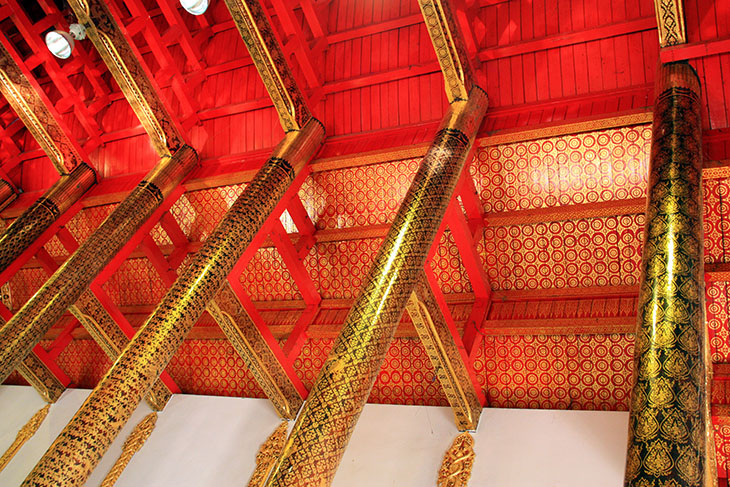 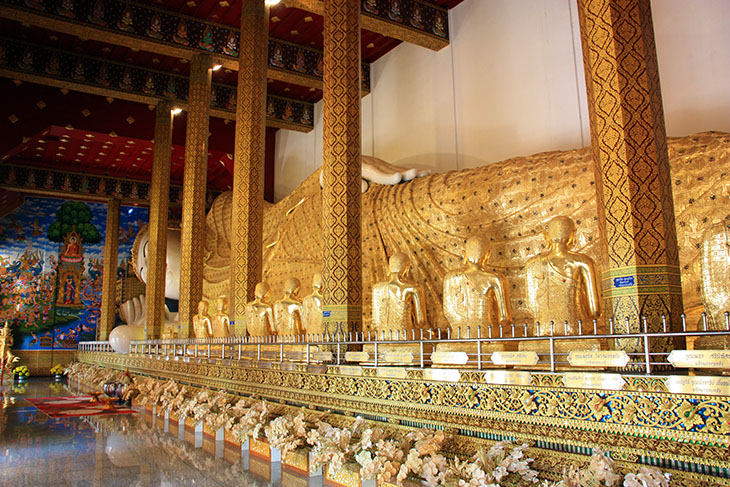 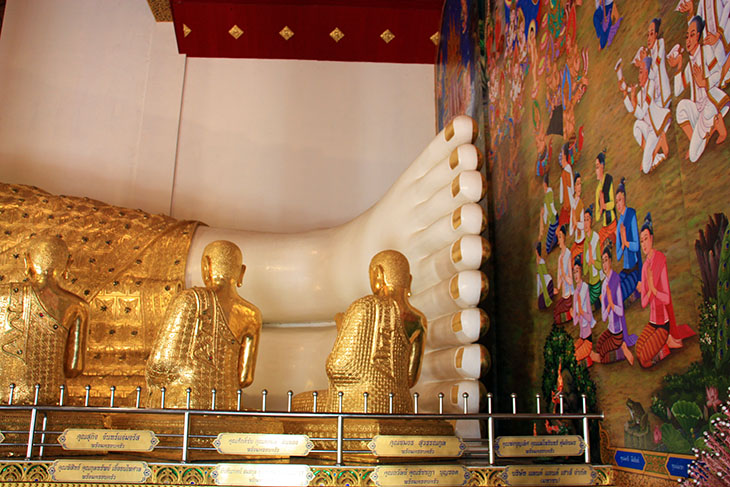 For some reason I always have the desire to rush over and tickle his feet. Luckily there was a barrier preventing me.

Outside, there was every structure imaginable, chedis, stupas, animal statues, and twelve temples, one for each sign of the zodiac… and then some… 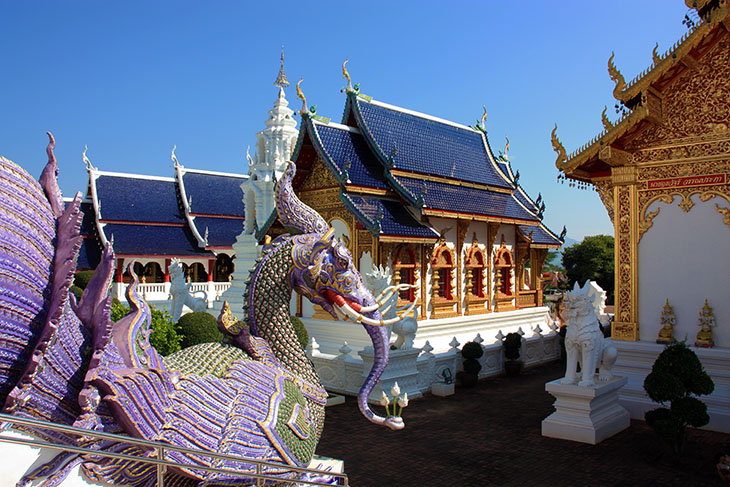 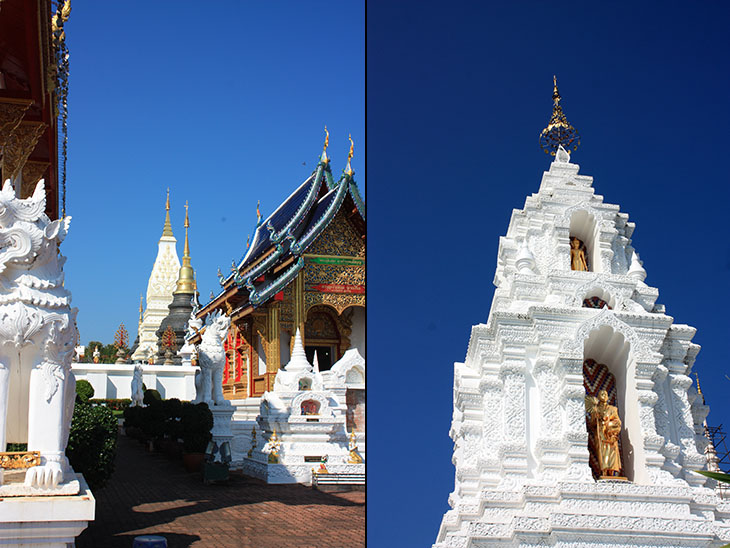 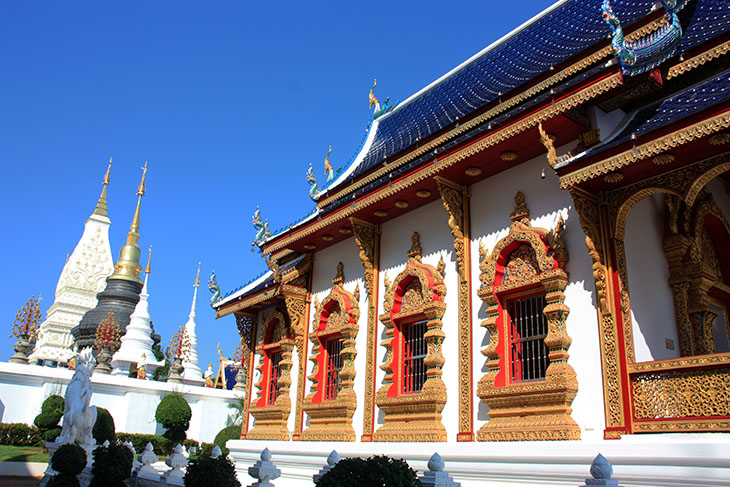 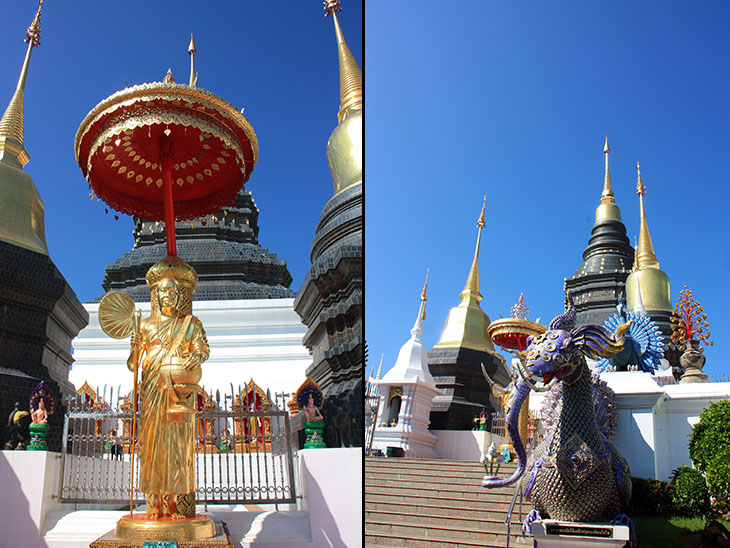 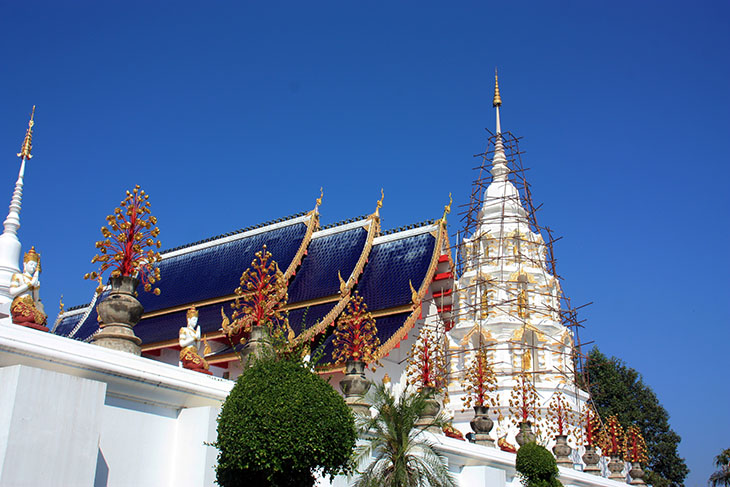 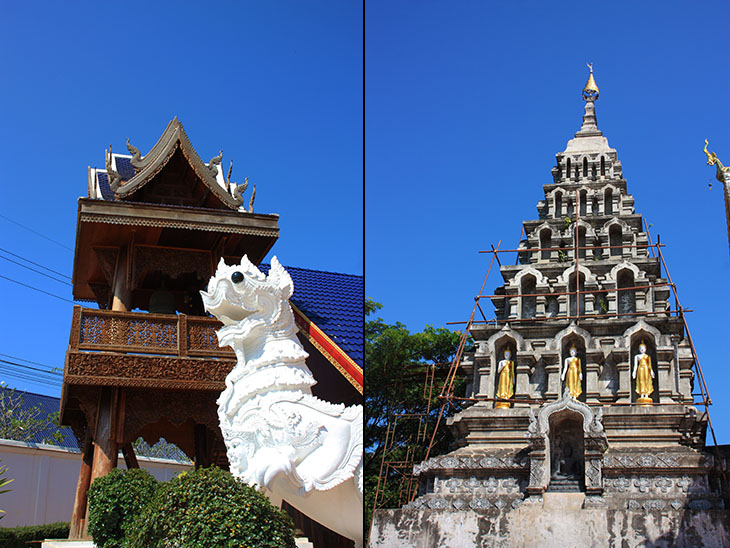 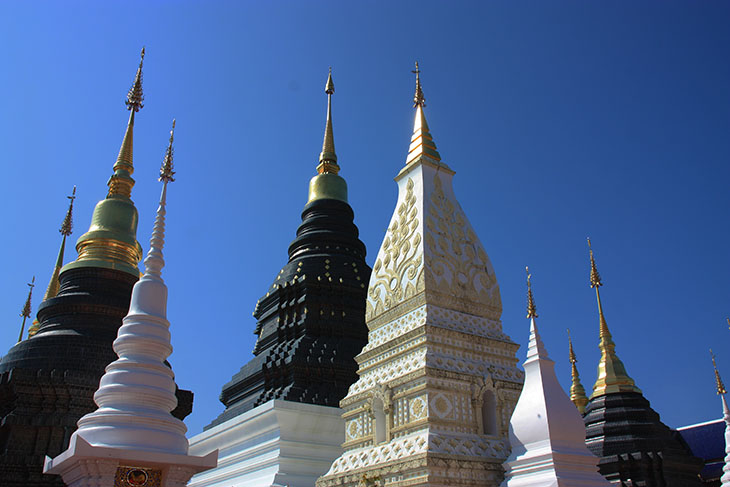 One of the main attractions is the Lanna style viharn made from teak, with its three tiered roof… 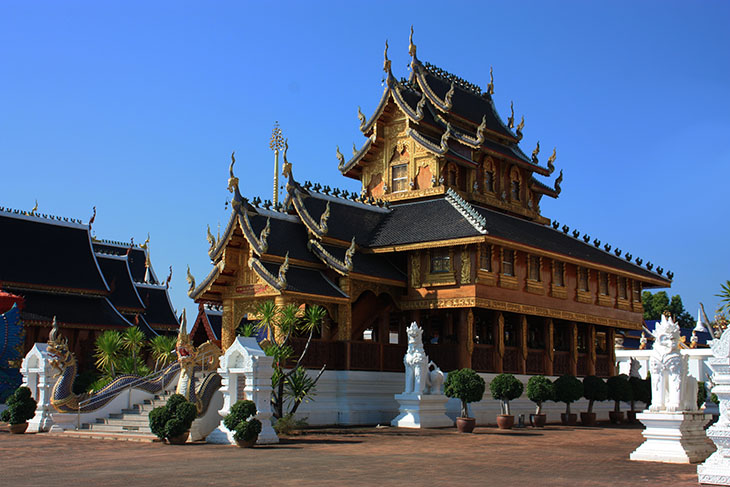 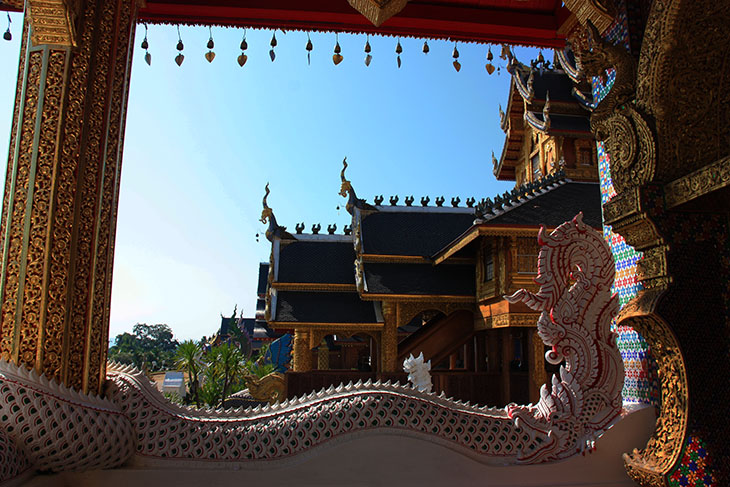 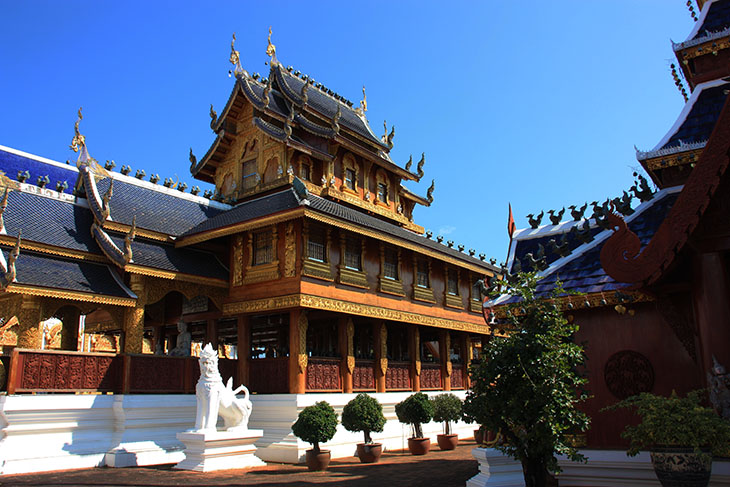 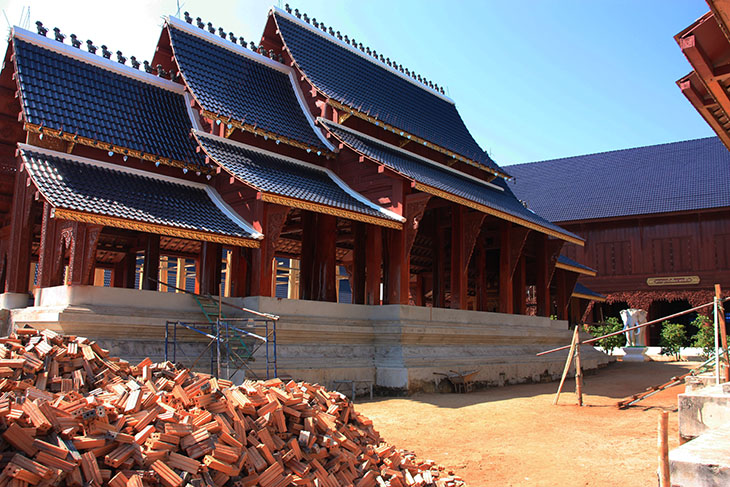 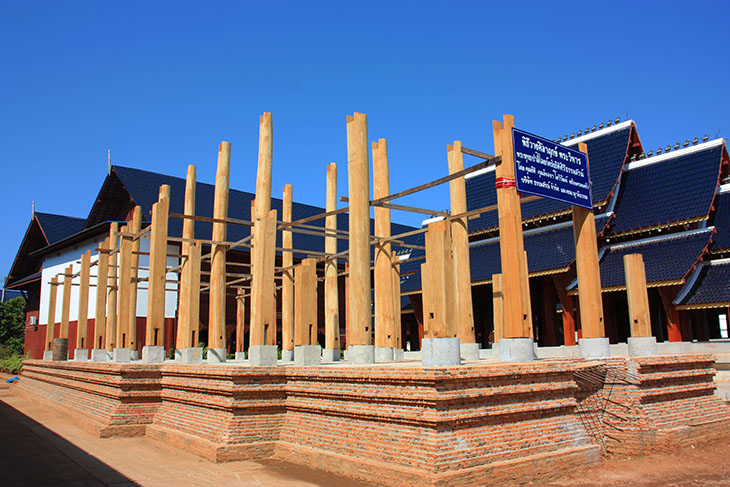 Of course, there is a story to the place. Its original name was Wat Ribunrueang but that was changed to its current official name of Wat Bandensall Si Mueang Kaen. The original building dated back to 1804, but that’s long gone. The present buildings were started in the 1980s, but fell into disrepair. The local abbott decided to request donations, and he must have been spectacularly successful because the result is what you see today. There must be some seriously rich people in Chiang Mai! 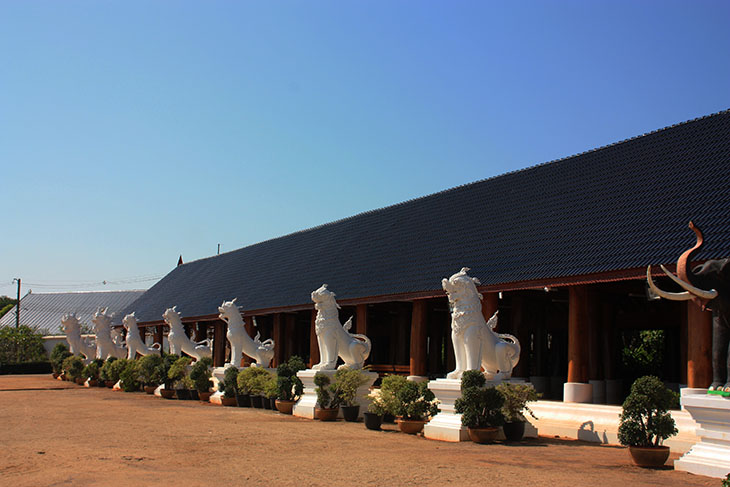 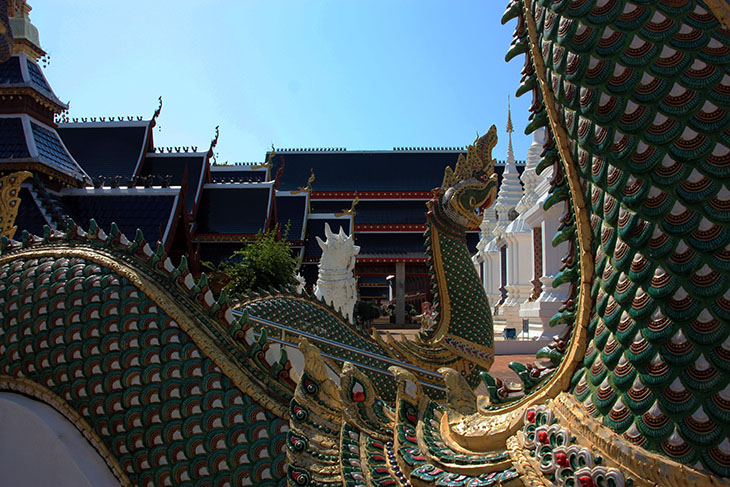 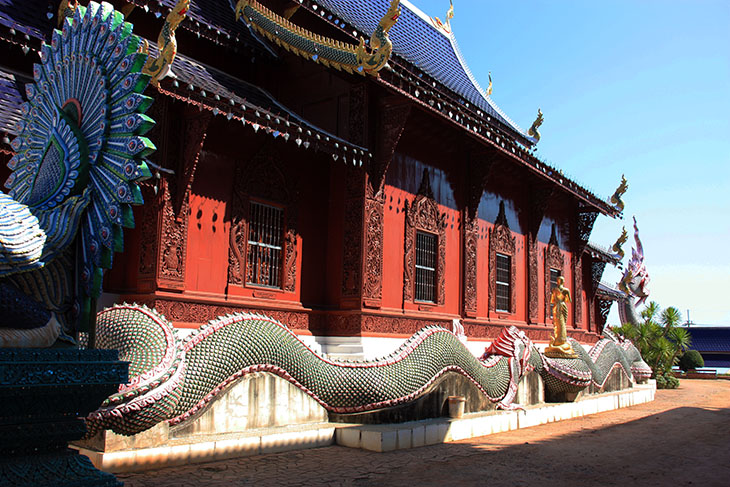 Oh, I forgot to say, like most Buddhist temples, there’s no entrance fee, although donations are appreciated.