…No Dinosaurs, No Ghosts.

On my way north to Nan province, I passed through Phrae. It’s not a large province, and the main city of the same name is not large either. If you were travelling north non-stop, you might blink and miss it.

Not far to the east of the main highway 101 is Phae Mueang Phi Forest Park. No, that’s not a typo. The province is Phrae, the park is Phae. The park’s name means forest of ghosts. But there weren’t any. Maybe they’re scared of farangs.

The park is famous for its rock formations, formed by natural erosion… 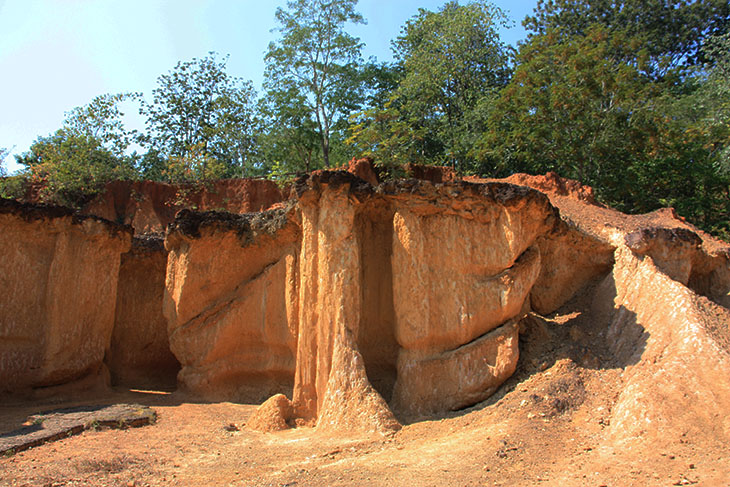 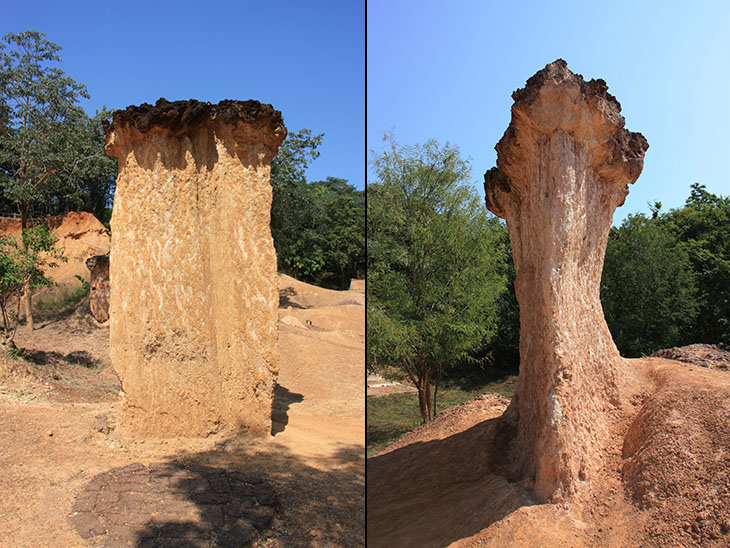 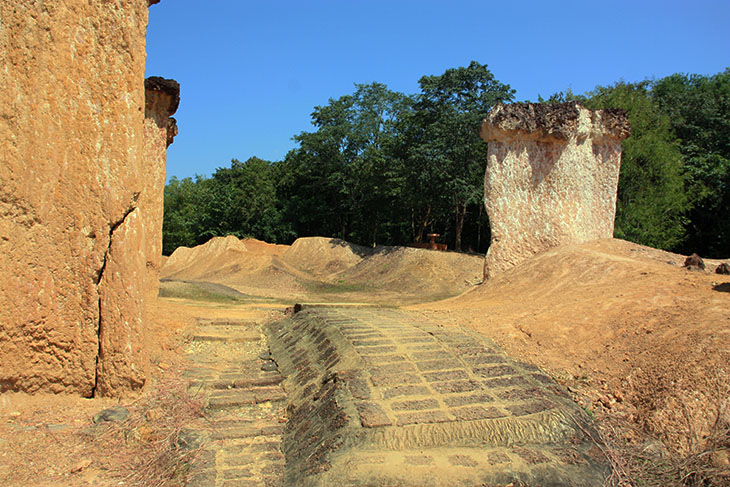 A lot of websites will tell you the park is not very big. I guess that’s true. I was probably there an hour of so, which frankly is long enough to look at rock formations. So, I’d call it Goldilocks-sized. Not too big, not too small. Just right.

There’s a convenient rock pathway running through the park, with a few offshoots leading to interesting formations… 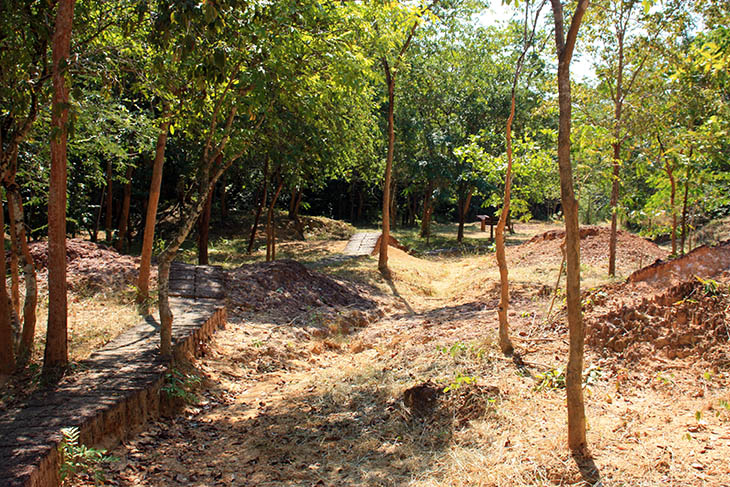 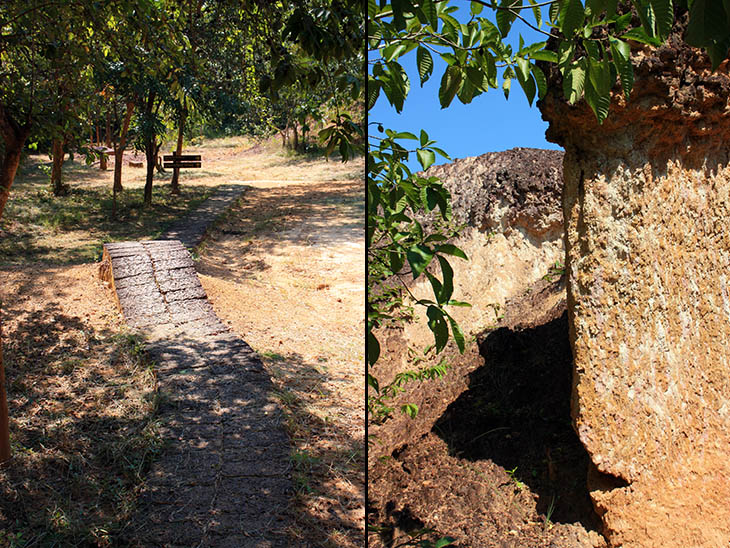 For some reason I had a mental image of dinosaurs crashing through the forest, but there were no more dinosaurs than there were ghosts.

I didn’t expect the aerial shots to be too exciting, but the rock formations are still visible… 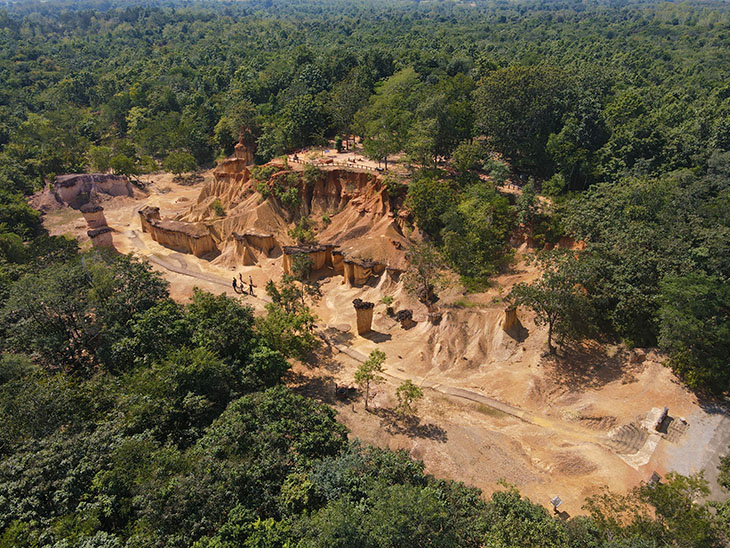 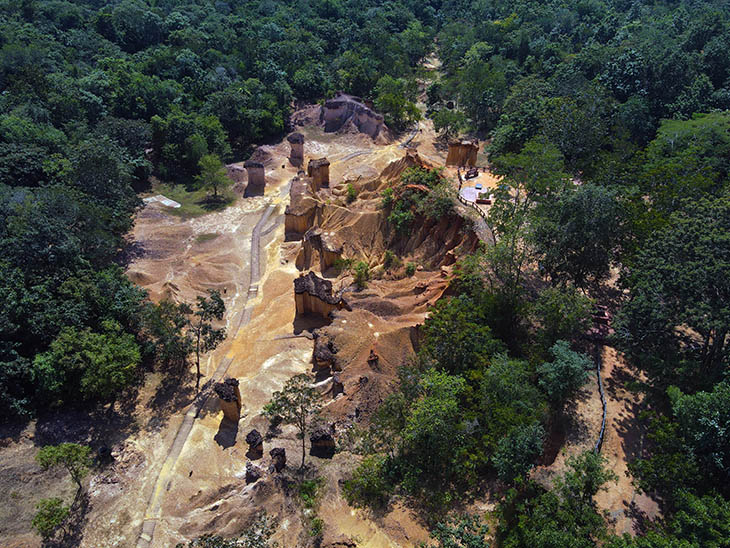 …and you can get a general perspective of the whole place… 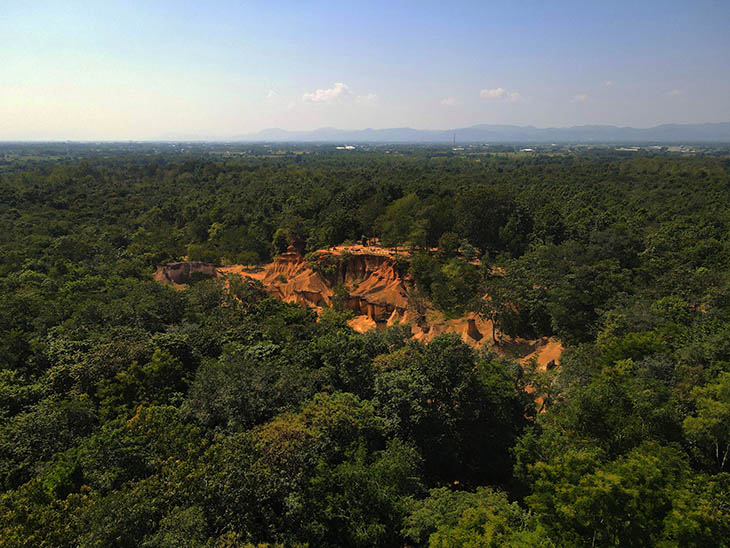 So, that was that. Definitely worth a visit. Then something strange happened…

I realized I was hungry. No, that wasn’t strange – it was lunchtime. Once again I was in the middle of nowhere. No signs of 7-11 convenience stores, nor any kind of store or restaurant. Then, I arrived at a T-junction where there no other buildings except for this… 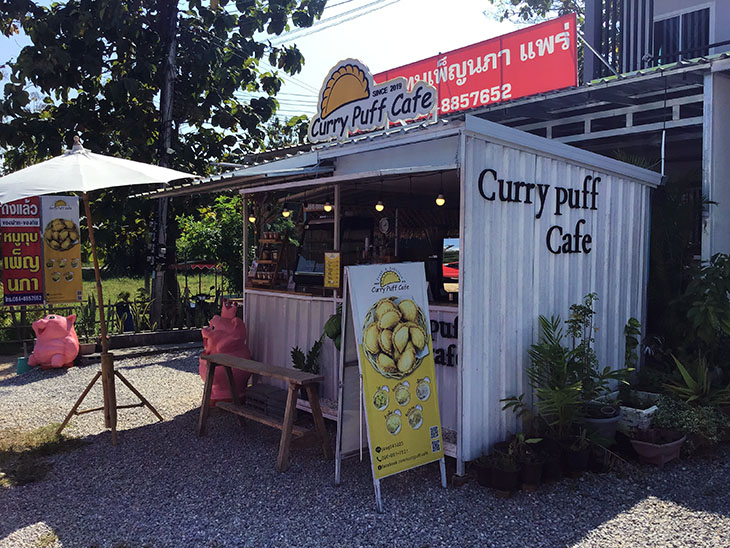 It was like arriving at an oasis in the desert and finding draught Guinness. Not just because they had food, but the fact they had Curry Puffs! And what’s so special about that, you are wondering.

Well, having lived in Malaysia for decades, I consider curry puffs to be one of the three essential food groups. A tasty snack you can find just about anywhere, anytime. Except in Thailand. I once found a bakery in Trang that makes them, but that was years ago, and nowhere near home.

And then I discovered the nice lady who owns the place, and makes her own curry puffs daily, spoke perfect English. So we had a nice long chat about – well – curry puffs, while I devoured six of her chicken puffs. She tried make me eat pineapple curry puffs, but I made suitable looks of grossness. I think they must be a disgusting Thai invention. Should be illegal.

And in case you’re wondering, the other two essential food groups are of course donuts and chicken curry. But not together.

So, suitably sated, I sallied-forth on my sojourn!