…Searching For A Blob In The Sea.

So, this morning I was hunting around on Google Maps…

Oi! Why don’t you tell them why there have been no new articles in the last month?

Oh. Well. Yes. Good idea. If you been wondering what happened… weather happened. And then it happened some more, and is still happening.

No, it hasn’t been disgustingly wet, except at times, but it has been totally unpredictable. To find new things and places to write about, I usually do several days of online research, and then head off for a day. But, the typical weather has been sunshine until about 11am, then increasing cloudiness and heavy showers beginning around lunchtime. Given that it takes me until at least 10am to get somewhere, that only leaves a maximum of an hour of sun. Not ideal.

And, to be honest I needed a break to catch up on some other things. So let’s call it Twitterings Summer Vacation. I’m back now.

This morning was typical. Bright sunshine for a while with increasing cloudiness. But it seemed nice enough for a tootle. Which is why I was looking at Google Maps.

It’s becoming a little tough to find new places close to home, so I was excited to see a blob in the sea… 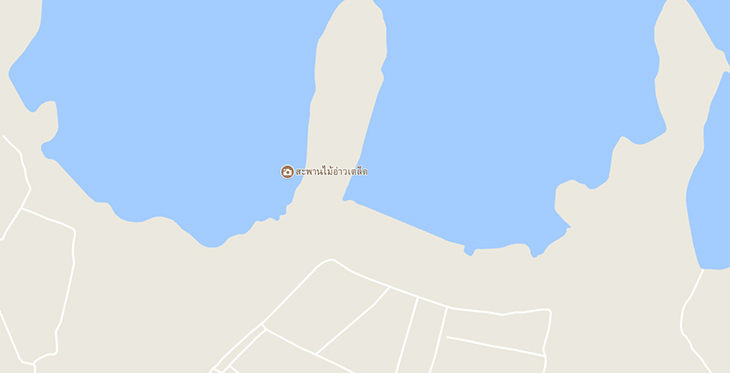 It had the little camera symbol, which usually means it’s worth looking at. But how to get there? The map only shows a road going somewhere close, but the Street View feature does show a strip of gravel going off to the left, just before the 90 degree bend.

I’d better take a look, I thought. It should be less than thirty minutes away. And I figured even if I didn’t find it, at least there’d be nice scenery along the way. I wasn’t wrong… 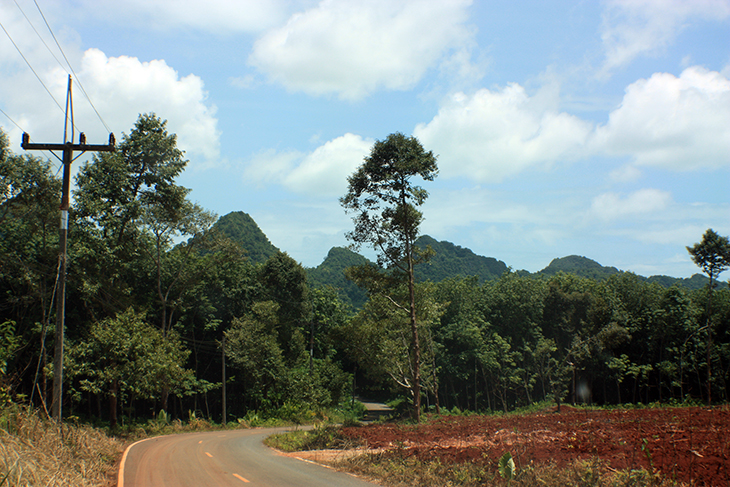 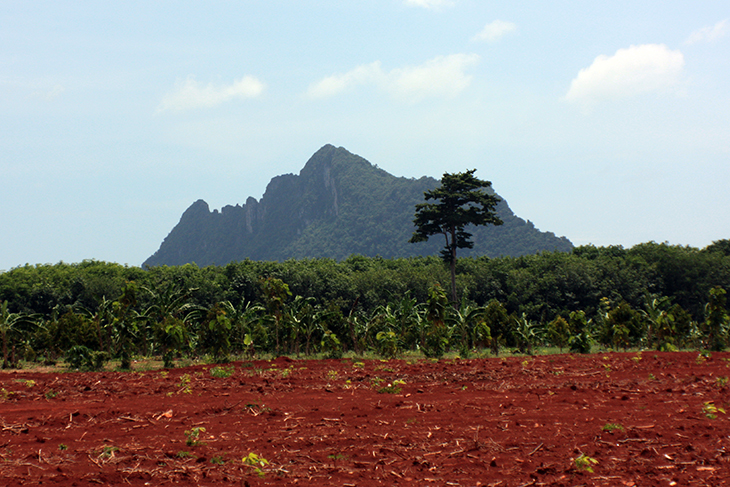 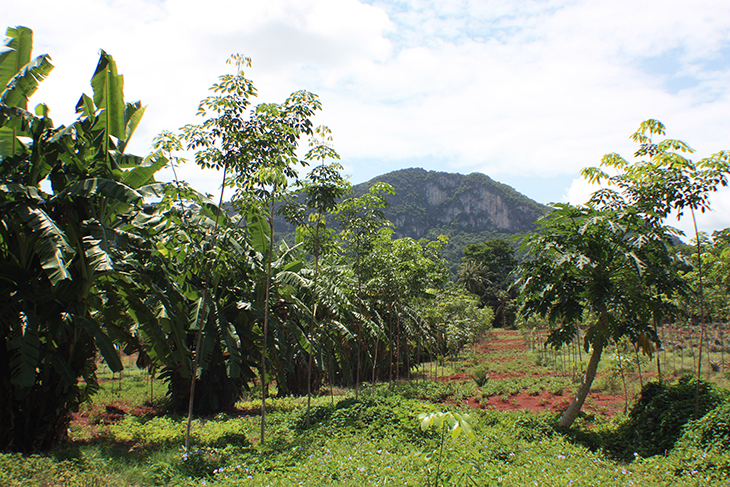 As the gravel road reached the sea there was a small bay. Perhaps prettier when the tide is in… 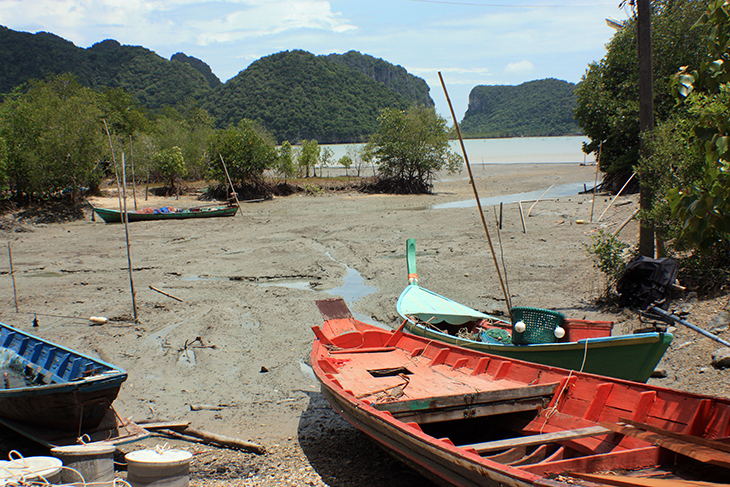 But further along I came to this wooden jetty… 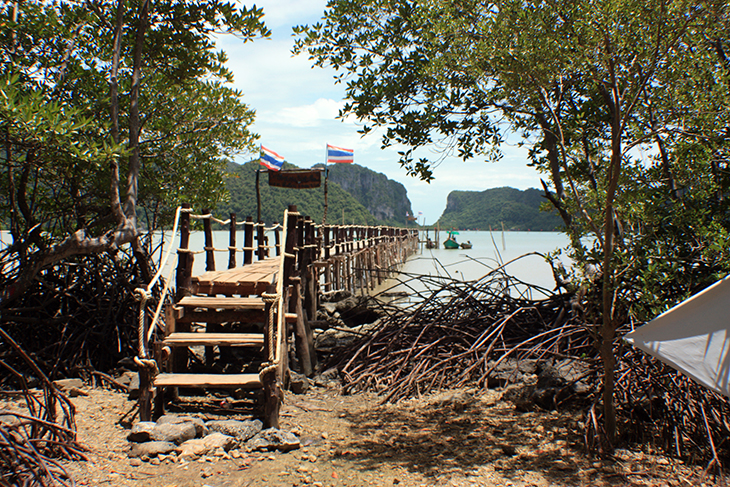 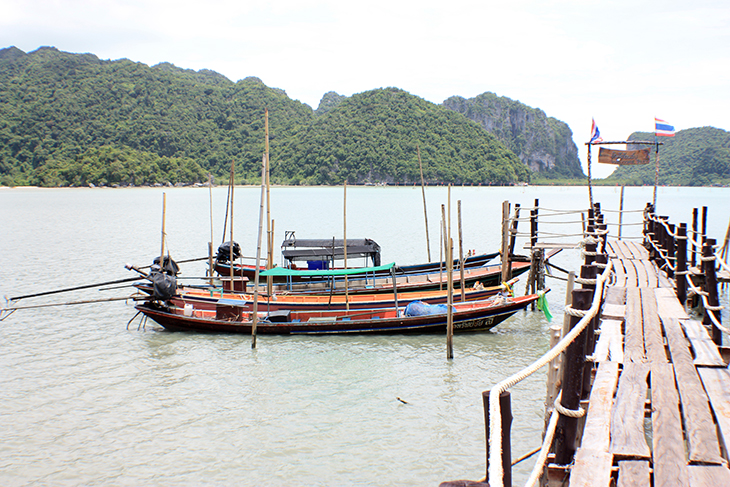 Well, that seemed worth getting out of bed for. Except I can’t be 100% sure what it’s called. The text on Google Maps translates as Ao Prao Bridge. And I’m assuming by bridge, they mean jetty, so that’s what I’ve used in the title. But there’s a couple of signs on or near the jetty that say Talet Bay. Maybe it’s the Ao Prao Jetty at Talet Bay. I’ll have to ask around.

If I’d had my brain plugged in and switched on I could have asked a nice Thai lady on a motorbike who was quite chatty. Except, since she has a German husband and children, and lives in Germany, wanted to talk to me in … you guessed it, German. I suppose in her world all farangs speak German. Not this one. Unless it involves ordering beer. That I can do. 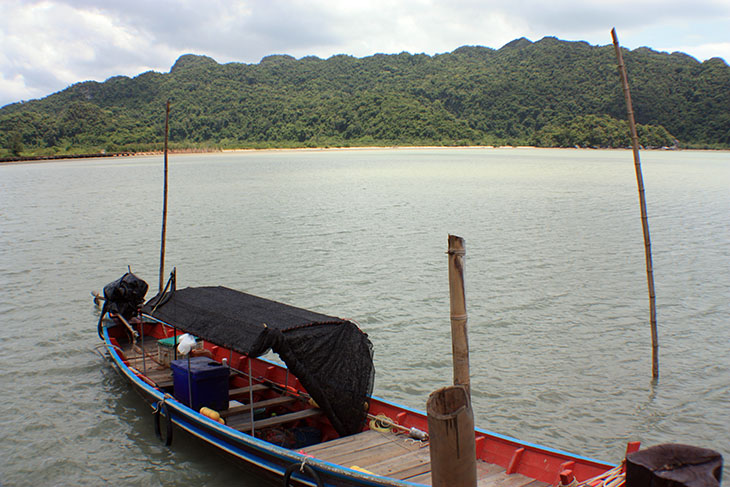 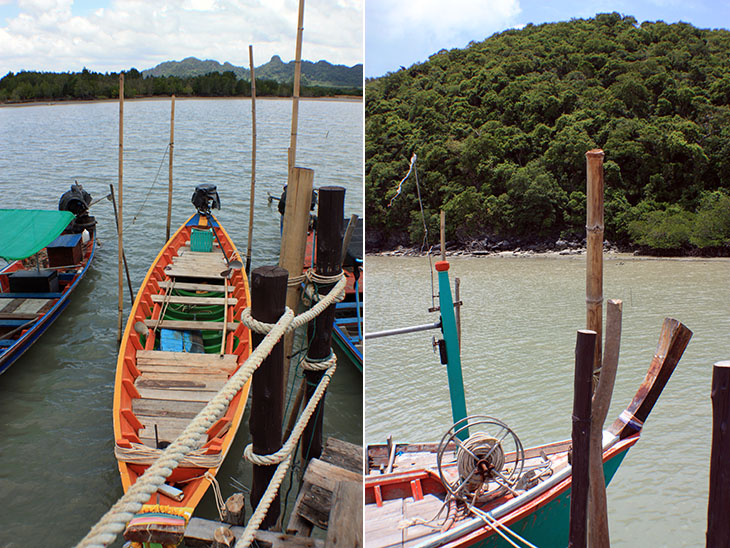 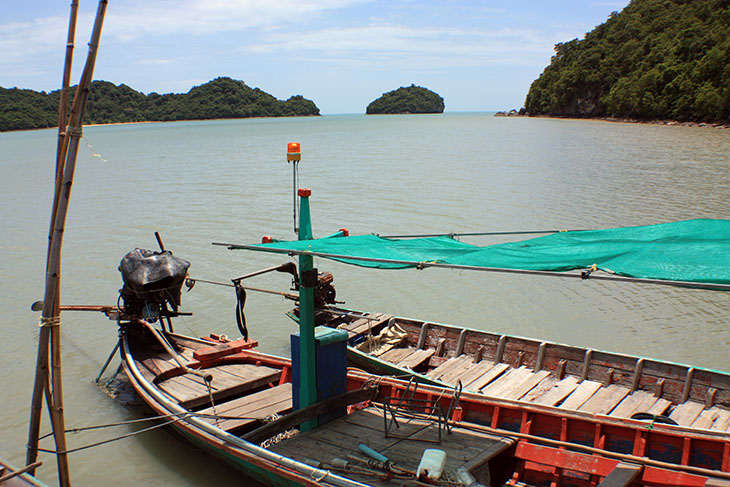 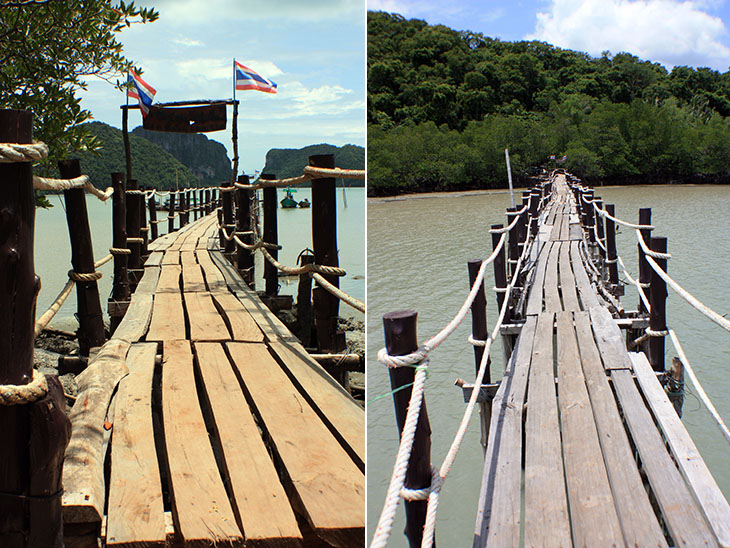 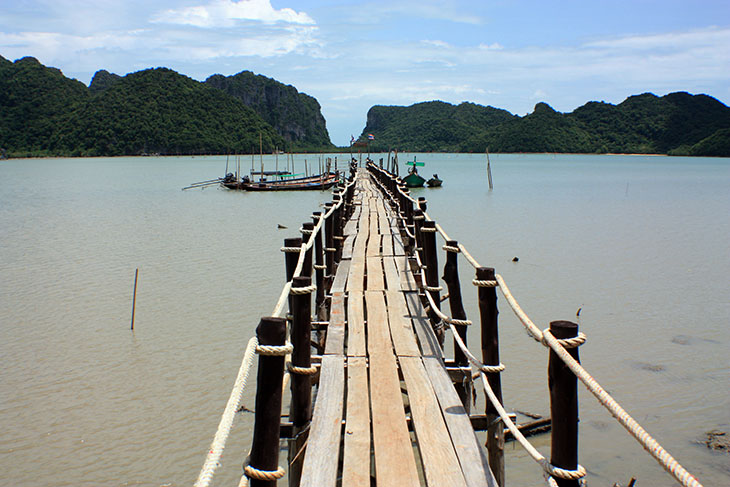 I’m going to have to find someone who can move the jetty a little to the left though, so that it lines up properly with that gap in the distant hills. 🙂

Actually, it occurs to me that since it’s pointing more or less due west, a couple of times a year the sun must set in that gap. That would be worth seeing. But how do I find out which two days? Observation, I guess. And I bet when I’ve figured it out, it’ll be cloudy!

Oh, and on the other side of the small gravel street there were steps. There’s always steps. But not too many, and they only led into a small cave shrine. 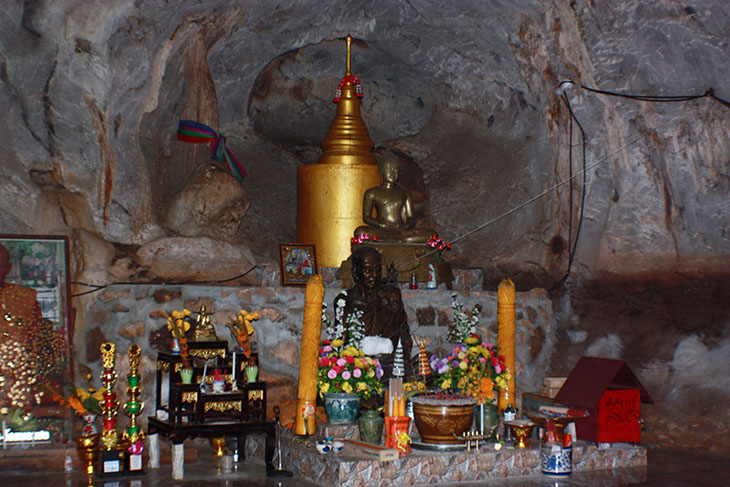 I think there might be a few other places of interest in that area, so I’ll have to tootle up there again. Weather permitting. Right now, as usual in mid afternoon, the rain is coming down in torrents. But not the kind that allow you to download the latest episode of Top Gear.