Yesterday morning was the first time in a couple of weeks that the skies were not heavily overcast with the possibility of imminent rain. I wouldn’t have called it a “nice day” – not by Thailand’s normal standards – but it was nice enough to give me reason to go out and find something. But what?

On regular trips to/from Surat Thani, I’d seen various signs to wats/temples/misc. places of worship. so I decided to drive towards Surat on the 401, and then take a side road. Any road. So long as it looked interesting.

About five or so kilometers north of the 401 I spotted something on a hill. I can’t show you a photograph. It was too far away. Just something that looked like it was worth investigating.

At the end of a narrow gravely road I arrived at a fairly nondescript wat. Just some outbuildings with a few monks wandering around doing not much of anything. But maybe that’s what monks do. 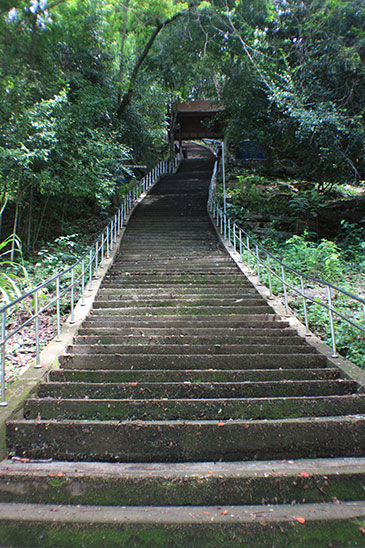 And then I spotted … the steps! Why do there always have to be steps?

Well, I’d foregone my morning exercise in the interest of getting out and finding something, so here was the perfect substitute. All 320 of them. Yes, even while panting furiously, I can still count.

At the top I found, well, I’m not sure what to call it … a small square building. Along with some great views across the central plain and the mountains. 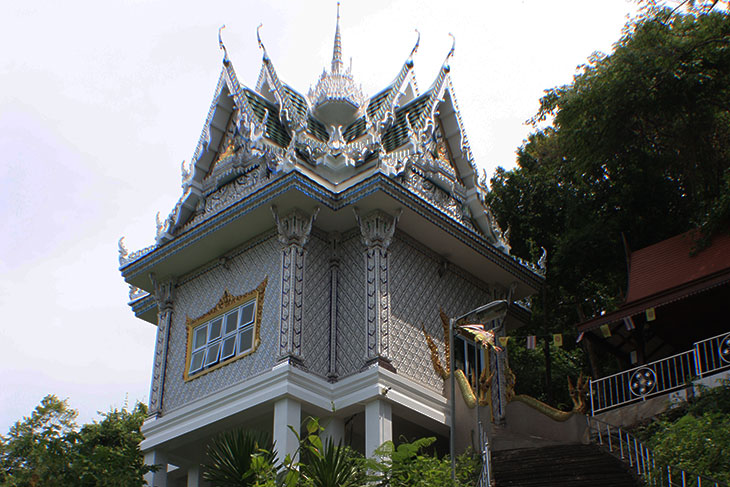 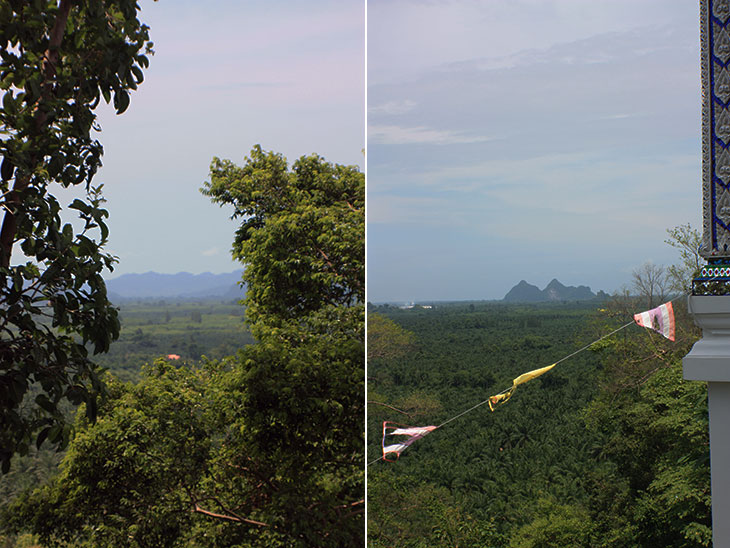 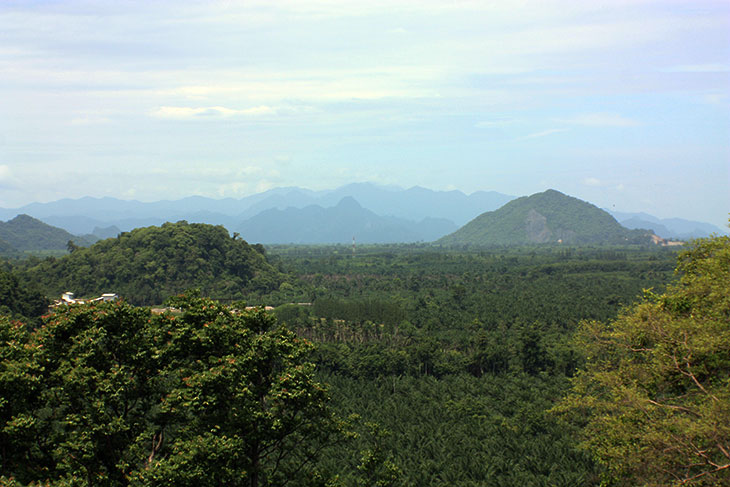 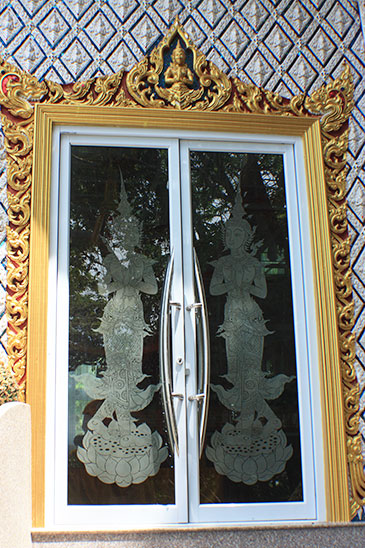 And inside the building?

Well, we’ll have to get past the Thai ladies first.

A slightly-kinky glass ceiling, a shrine of sorts, and a well-protected hole in the ground… 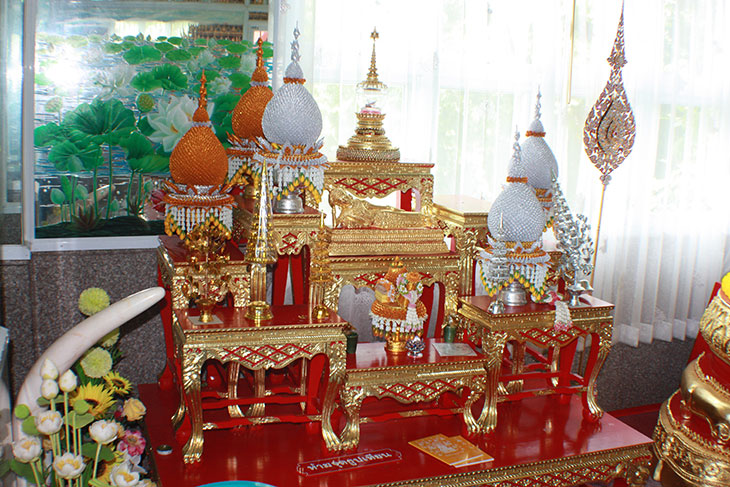 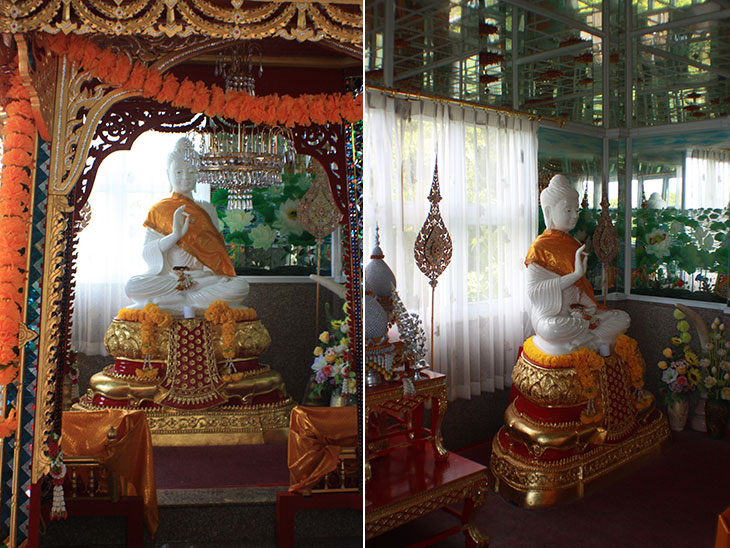 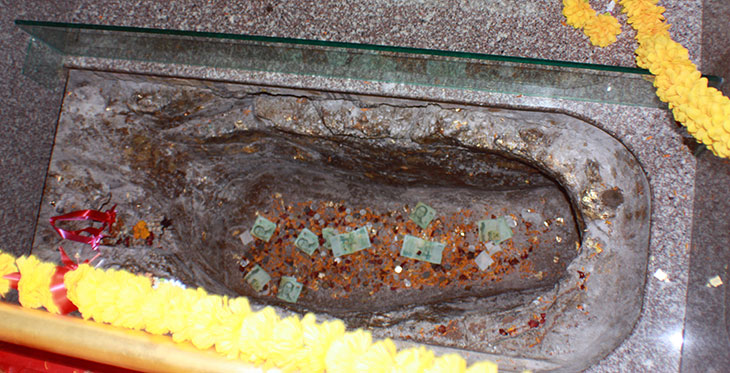 So, the hole in the ground is a bit of a mystery. Let me tell you what I’ve discovered so far…

Legend has it that the prehistoric deity Lord Shiva, or Siva – he of Hindu fame – never fully materialized, but went around much of Southeast Asia, appearing briefly on hilltops and then disappearing, leaving behind a giant footprint any place he’d been. This hole in he ground is believed to be one of his many footprints.

It seems very odd that a Buddhist structure would be housing a Hindu relic. But that’s Thailand. What seems bizarre is normal and what seems normal is bizarre.

Most of the footprint photos you’ll find online show only one hole. So, was he one-legged, or did only one leg materialize? No, I don’t have answers, only questions.

Apparently in this part of Thailand and down into Peninsular Malaysia there’s many such holy holey footprints, so the guy obviously covered some serious ground. I guess giants can do that.

I must say I was impressed by the prehistoric vacuum cleaner, which could be at least 10,000 years old. I guess it was left behind by one of Lord Shiva’s many followers who had graciously agreed to clean up after the giant had left behind his messy footprints all over the place… 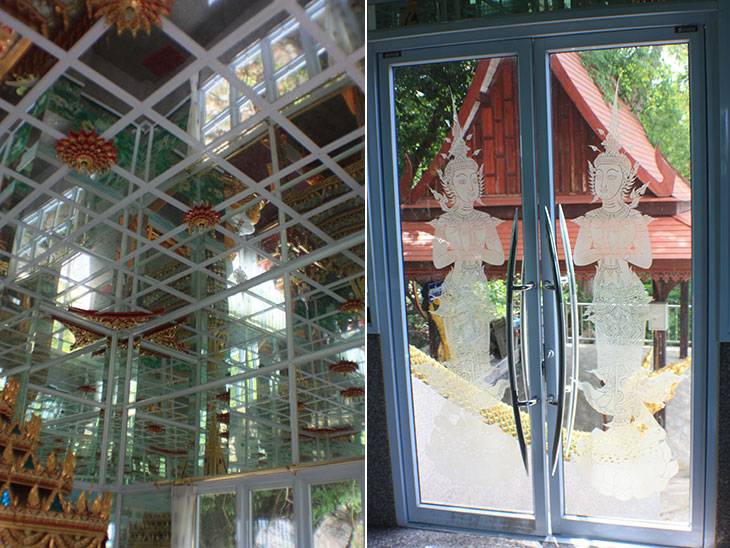 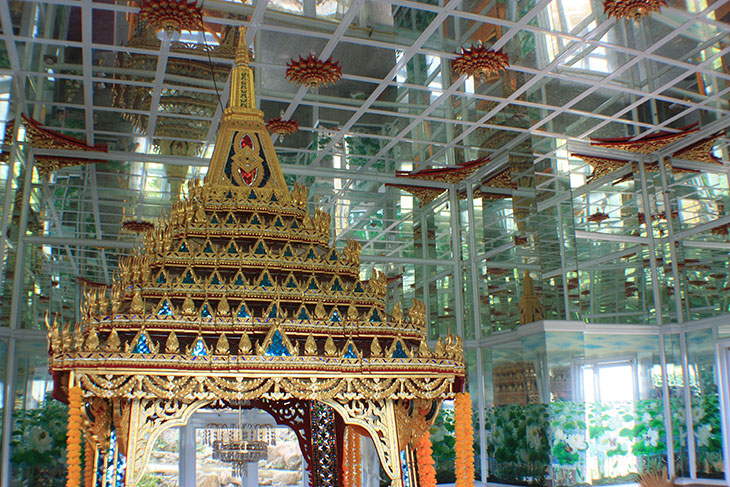 To be honest, I preferred the outside views… 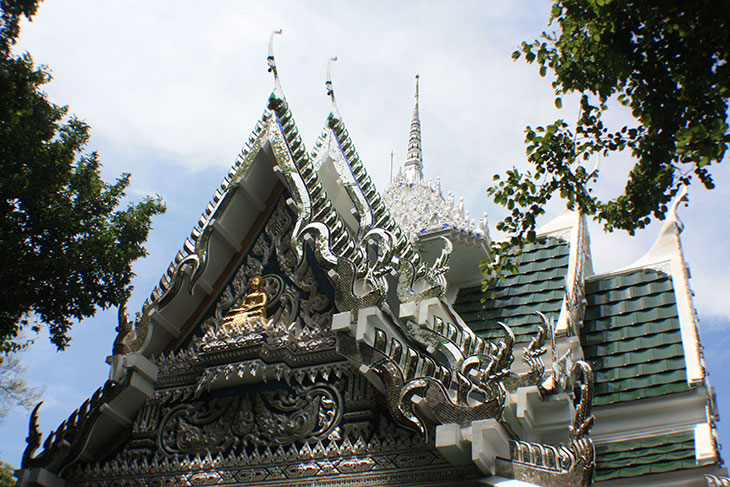 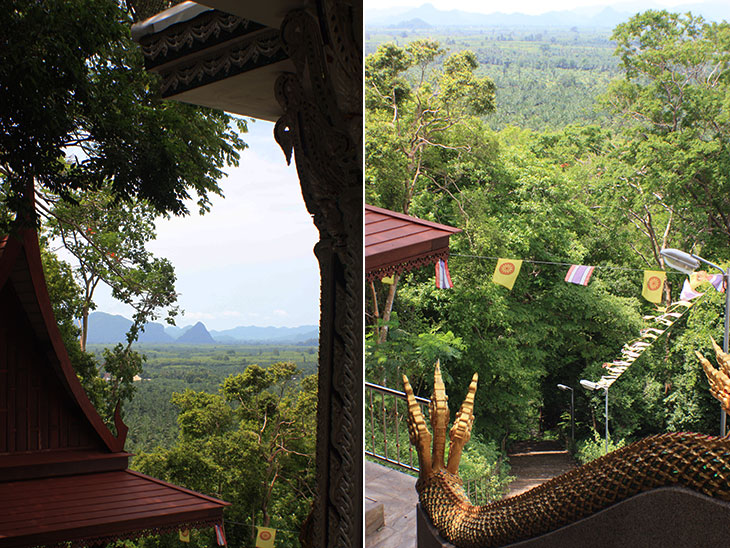 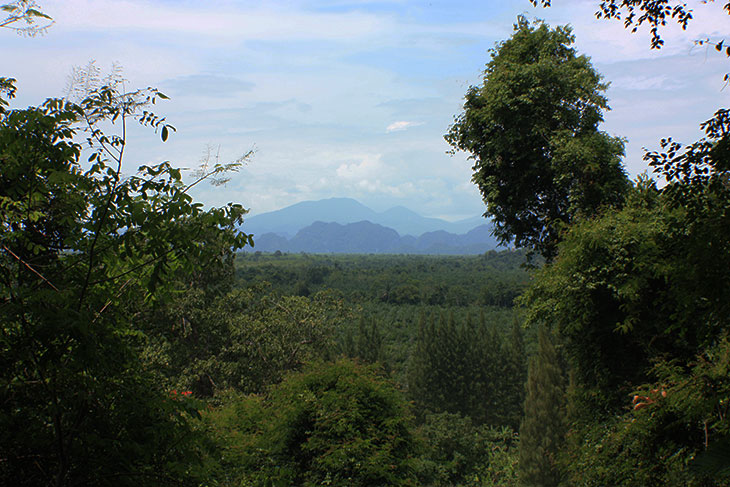 So that was it. Back down the steps. Along the gravel road. Down to the 401. But wait, there’s something else on another hill… 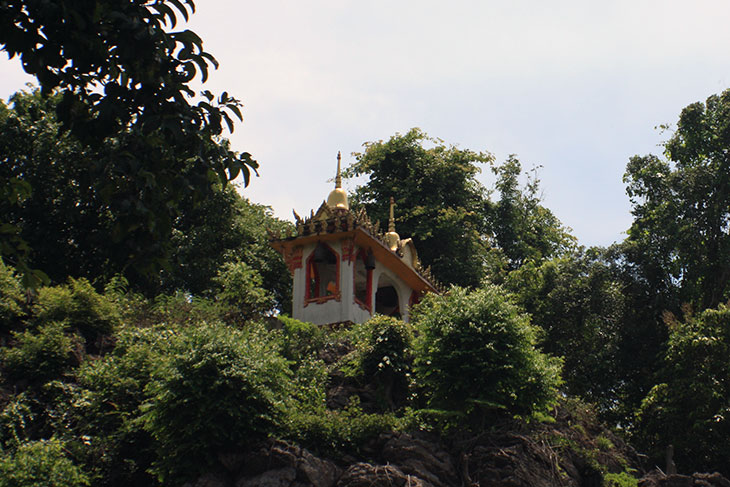 That story is coming soon. In the meantime, it’s starting to look like a late lunch.