Well, that wasn’t supposed to happen. At about 9am the sun made an appearance through the low dark cloud. It looked like at least part of the day might be nice.

It wasn’t supposed to happen because the forecast continues to call for one more week of overcast days with storms. Wednesday looks like being the worst, with at least 100 millimeters of rain and the prediction of more flooding. Oh bliss.

And then, after that one week, let’s count them – seven days – the hot dry season is supposed to begin. Will it? It’s way overdue, so let’s hope so.

Anyhoo, I grabbed the camera, I grabbed Ms. Chuckles and we piled into Bert. But where to go?

I’d noticed on Google Maps a few small coast roads that I might have missed on previous tootlings. So, I headed pretty much due north, through Khanom town, across the river by the fishing port, and kept going for about another fifteen minutes. And that’s as far as you can go without falling into the sea.

On my right was the small village of Thong Nian. Well, that makes it sound grander than it is. Just a few buildings shy of a hamlet really. But it has a rocky sea view and a beach, both of which looked a bit battered after the frequent storms… 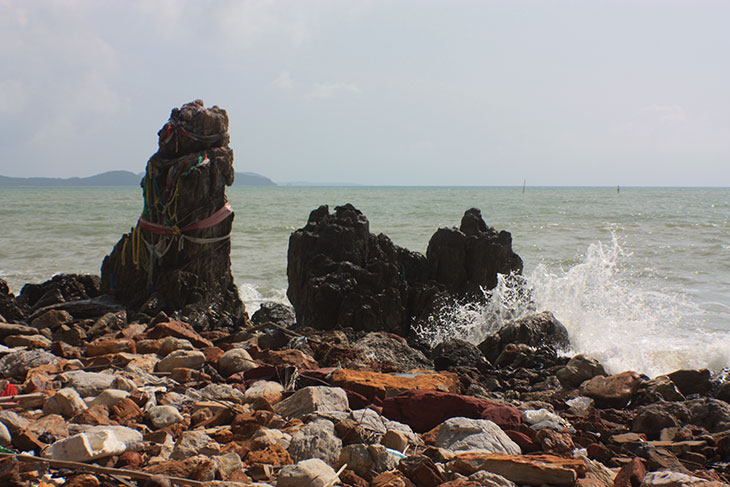 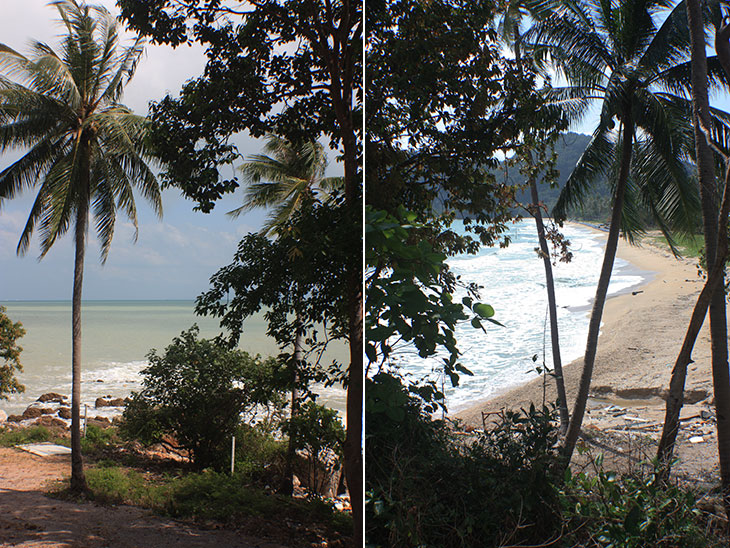 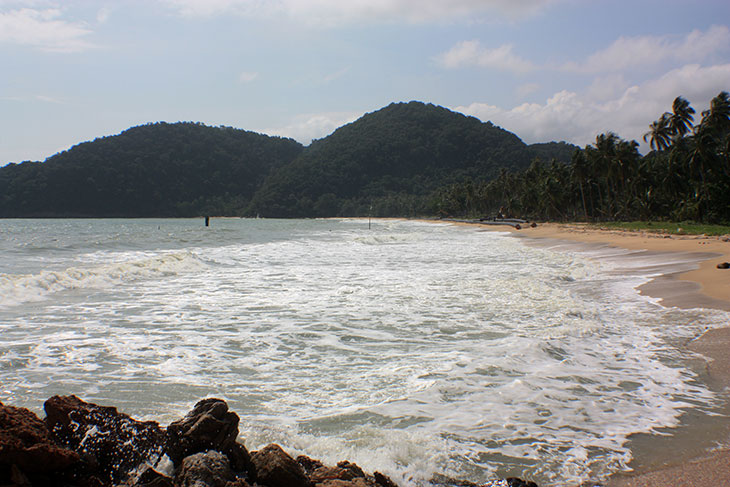 After that, I went around a hill and down a gravel road in search of something more interesting. Hmm, looking good… 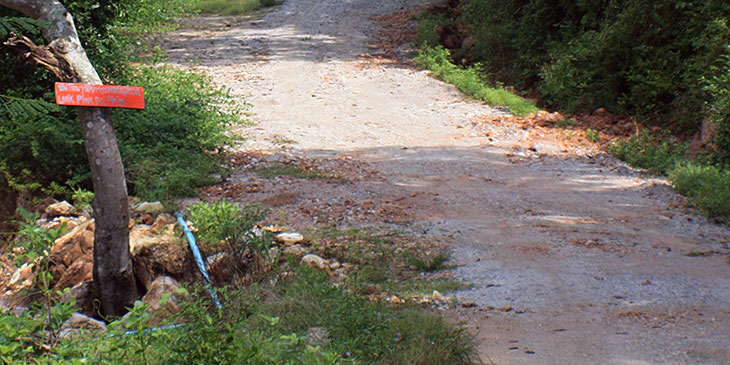 As far as I can figure, it’s still part of Thong Nian, but somewhat more remote.

This place must have a nice view, but I can’t imagine being there during the recent weather. I think I’d go to bed wearing a life jacket.. 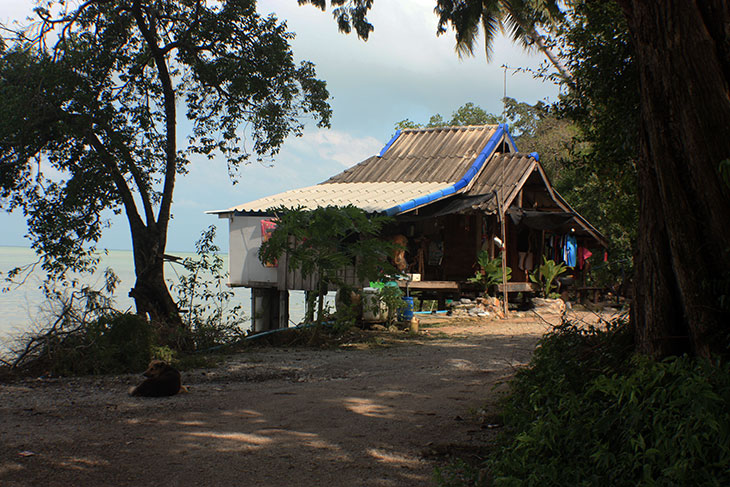 Nice views along the way though… 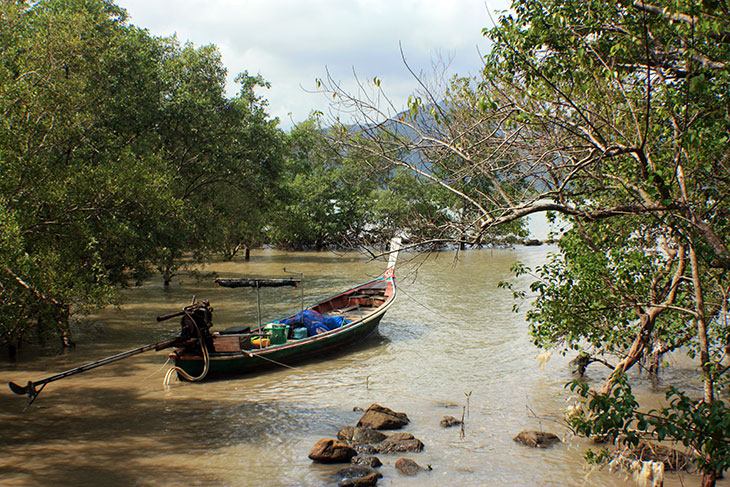 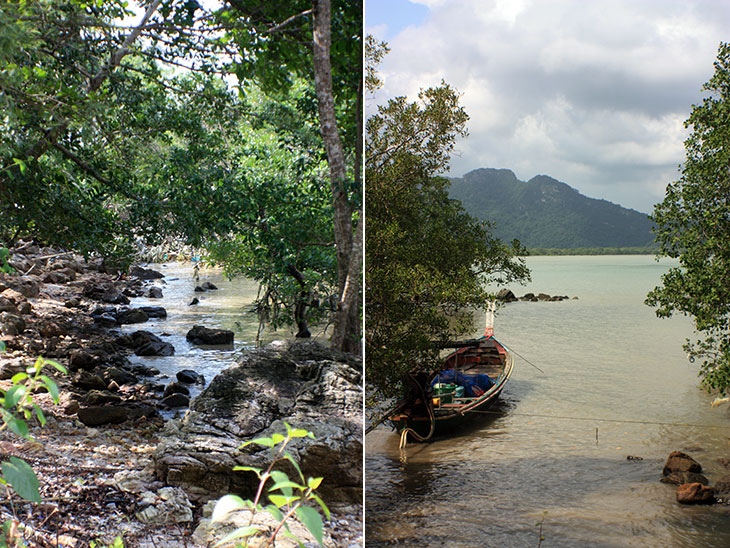 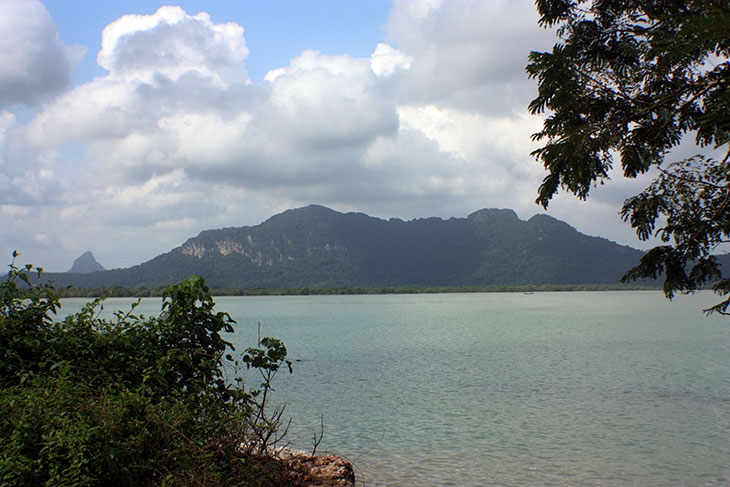 The road was about two kilometers before arriving at a tiny jetty and the end of the road. Along the way I’d disturbed some people with long tape measures, and learned they’re about to lay a strip of concrete on the gravel. After bouncing around for ten minutes I can understand why. Any fish they’d caught would get sea sick. But as I said to the guy “Bad thing. You make road. Farang come.” I think he found that funny, but Thais are always smiling so it was hard to know. Ms. Chuckles chuckled.

So, this is today’s fishing activity. Looks like a lazy day… 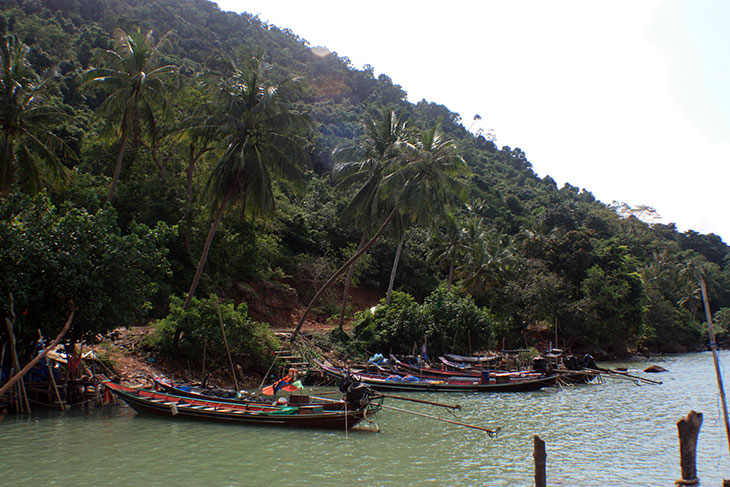 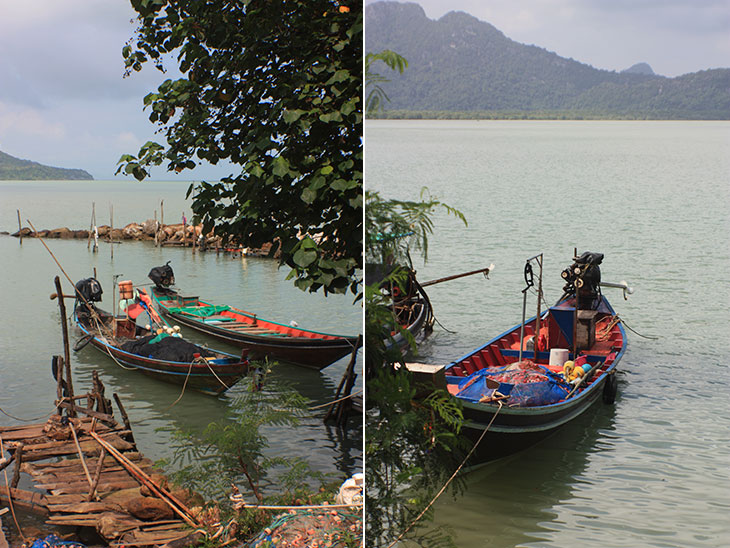 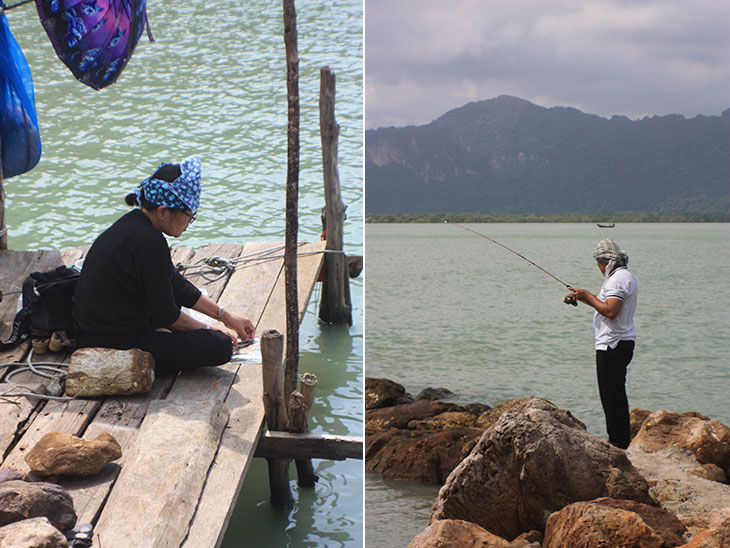 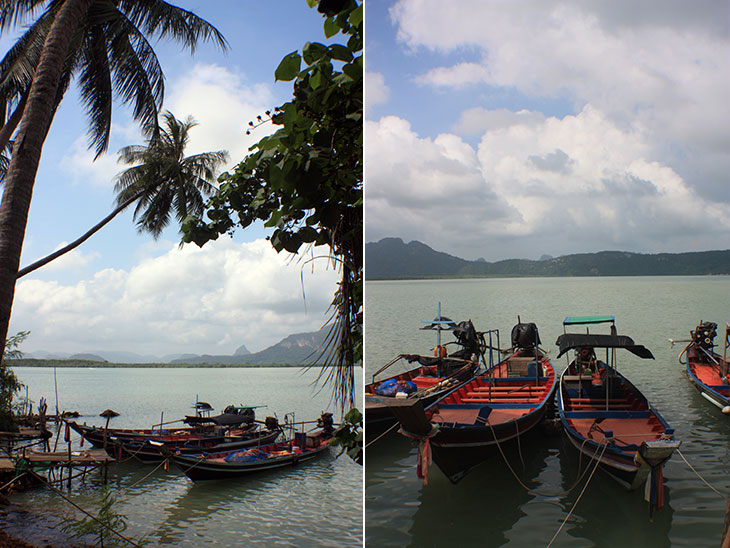 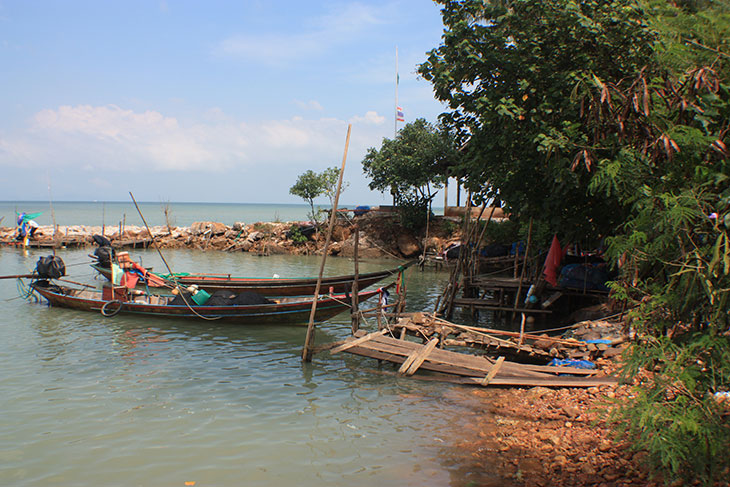 …and then it was a hurried trip back home before the next storm hit. A nice morning though.