I mentioned in my recent article about the mysterious roosters, and probably several other articles, that I rarely venture inland from highway 401. There isn’t really anywhere to go. The mountain range is close, and as far as I can figure, there are no roads that lead into or over the range. The roads reach the foothills and stop. So, why go?

Well, to look at the scenery, that’s why.

Yesterday afternoon these was a brief break in the foul weather so I went out for a tootle, and ended-up driving around for about three hours. That was partly because my initial choice of road wasn’t too wise. Sure, it went towards the mountains, but was heavily tree lined, with no gaps to see any scenery. And then it turned north towards Surat Thani, which was not the way I wanted to go. So, I did the thing real men are not supposed to do, and turned around.

I didn’t want to go too far from home, simply because I wanted to see what I could find that was nearby. The whole afternoon I didn’t leave the Amphoe (district) of Sichon, but of course, I wasn’t going to find any mountains in the Thambon (town) of Sichon.

So, once I’d found some less-heavily overgrown roads, I discovered some spectacular scenery… 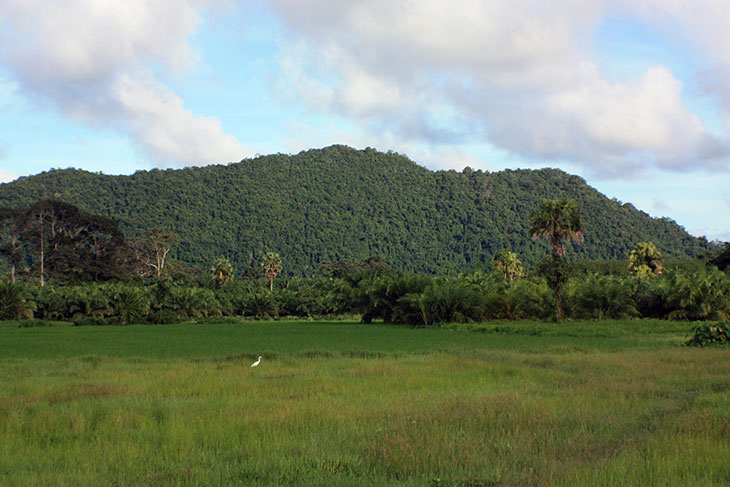 I confess, green is my least favorite color, but there’s something special about rice padi fields. So, I tootled around, stopping at least twenty times to take photographs, sometimes taking several in one stop. I’d see something nice, take a photo, and when I turned around, the view on the opposite side of the road was just as spectacular.

But this article doesn’t really need words. Here’s a selection of my afternoon’s snappings…

And having taken those, I thought I’d try to find a road that runs though the mountains. Most just hit a dead end, but there was one showing on Google maps that looked like a possibility, but when I reached this, I stopped… 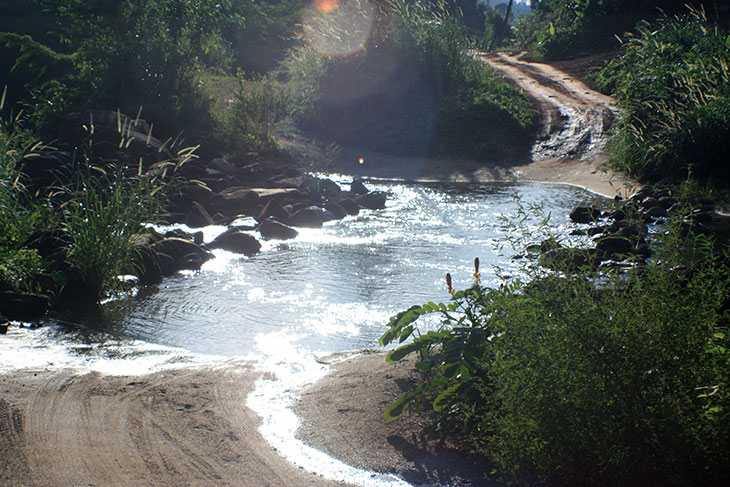 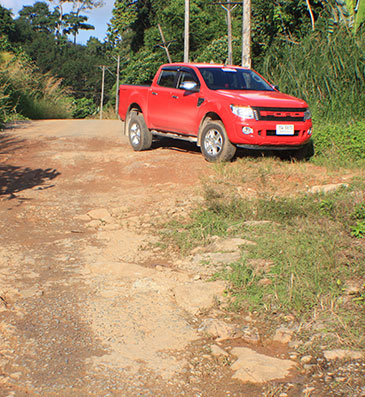 That didn’t look like something I should tackle in the monsoon season, aside from which it was only about an hour until sunset. And Bert looked like he’d gone on strike.

So, I tootled back, making one detour to try to find a waterfall. After seven kilometers of gravel road all I found was a barrier. I think I could have walked from there, but again, due to the impending darkness, I decided against. Next time.