The other day, to help a friend, I was sort-of painting the broad brush strokes of how the internet domain name system works. And that started me thinking about the early days of the Internet.

Now, if you are less than half my age you’re probably thinking “What’s he talking about? We’ve always had the Internet, haven’t we?” Well – actually – no!

It was a struggle, but I somehow managed to grow up without the Internet, or mobile devices, or computers, or TV! As kids we used to play in a specially reserved area called “outside.”

I think it’s probably true to say the Internet didn’t have a fixed beginning. It kind-of grew out of several different computer networks. But perhaps the defining moment was the creation of the Internet protocol suite (TCP/IP) in 1982. That meant that if you wanted to connect your computer to another – remote – computer or network, you at least had a set of rules to work with.

Initially though, wide-area computer networks were government funded. And this meant only universities, research bodies and certain government departments had connections. No one had thought about the potential commercial applications. Well, except for a very small number of visionaries.

When I became an entrepreneur, in Montréal in the 1980s, I decided my small computer consulting company should have an internet connection. Even in those pre-World Wide Web days, there was a huge amount information available if you knew where to look for it and how to access it. E-mail was starting to gain acceptance as a communications tool, and having an internet connection gave you some degree of credibility as an IT company.

But, finding a way to connect was not easy.

After asking around, I eventually discovered one of the early commercial internet companies in Virginia, not far from Washington DC. In order to persuade them to deal with you, you had to talk to the owner – who in this case was a young man, running what today would be called an ISP, out of his Mother’s basement – in order to convince them you knew enough about the internet that you weren’t going to mess up everyone else’s connections!

So this young man had installed something called a “T1” connection, which ran at 1.54 megabits per second. That was about as fast as you could get at the time, and this was shared by hundreds of companies, including mine. Your broadband connection at home is way faster. Needless to say, the company grew rapidly, and it wasn’t long before he sold out for US$2.2 million. That would be US$2.2 billion in today’s money. Smart guy.

You’re perhaps wondering what use it would be to have the right to connect to the Internet at someplace 800kms away. Well, all “normal” connections were made via a dial-up modem using a regular phone line. And long-distance calls in North America were, and probably still are quite cheap. But, in the early days, you also needed a computer running the Unix operating system, because those were the only ones with the software needed to make the connection. Anyways, with all that in place, my server would dial up the “node” in Virginia once or twice a day, to send and receive e-mail and other data … slowly. Very slowly.

And once all that was in place, we effectively became another node on the Internet, and we started providing commercial services to local companies. Their computers would connect to mine, and later their traffic would be forwarded to/from Virginia. This meant it could take a day or two for an e-mail to be sent through a dozen or more servers, but it was better than snail mail. Of course, e-mail still gets sent through dozens of servers, but that now happens before you’ve finished blinking in amazement.

Nothing really changed until the World Wide Web was created, and that fuelled the need for more, better and faster modems, plus eventually fiber-optic broadband. Certainly nothing much had changed by the late 1980s because when I arrived in Kuala Lumpur I went through the whole process again – having to convince the government department that ran the local internet, that I knew what I was doing. That actually led to a long association, that I might come back to in a later article. 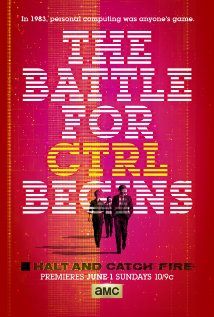 As an aside, if you have any interest in the early PC/Networking era, check out AMC’s excellent drama series “Halt and Catch Fire.” It’s extremely realistic.

For now though, I find it hard to believe that the first modems were so slow that it would have taken about twelve seconds to send one tweet, and several minutes for an e-mail. The original ones were so primitive you had to use the phone to dial the number and then place the handset into two acoustic cups. Nowadays everything seems to be permanently connected, and if I had a modern fridge I could probably ask it how many beers it has cooled for this evening.

If thirty years ago you’d told that one day I’d be talking to my fridge, I would have had you committed. Whatever next? The damned fridge will be drinking the beer for me.