Speeding? No no, not speeding on the roads. I mean, if you have a four lane expressway with minimal traffic, 90kph is a perfectly sensible speed limit, don’t you think? No, me either. And neither does anyone else in Thailand it would seem.

Probably, if you’re a regular reader, you’re thinking “South Again?” Well, you might remember on my last two trips the weather was not as advertised and I failed to get all the photos I wanted, especially aerial photos. So, yeah – south again.

It almost happened again. I’d planned to go Wednesday through Friday. Doesn’t matter which week. Two or three weeks ago; I forget. Bags packed, etc., and late Monday afternoon I checked the forecast, and sure enough – changed again. I was just about to abort when I noticed the predicted nice three days had moved one day closer, and if I left Tuesday I might just get the good weather. So I charged around the house like a lunatic getting everything ready, booked the hotel Tuesday morning just minutes before I left, and guess what, I got two nice days, which was enough.

You’d think in this day and age I’d be able to say “Hi Siri. Pack my bags for a three day trip.” But noooo, I still have to do it myself. Or perhaps Alexa. Or even both if you’re a non-binary personal assistant user. Me? Having retired from the computer industry I like to be thought of as non-octal, and referred to as “IT”.

I think you’ve gone off-topic. Or off your meds! –ed

Right. So, by mid-morning I was in Phatthalung Province at the self-styled “Grand Canyon.” If you can call a giant hole in the ground a canyon, then canyon it is. Grand it ain’t! I think it was originally planned as a major tourist attraction, but the one sign that indicates the way is long broken and faded, and the place is deserted. But the views are nice… 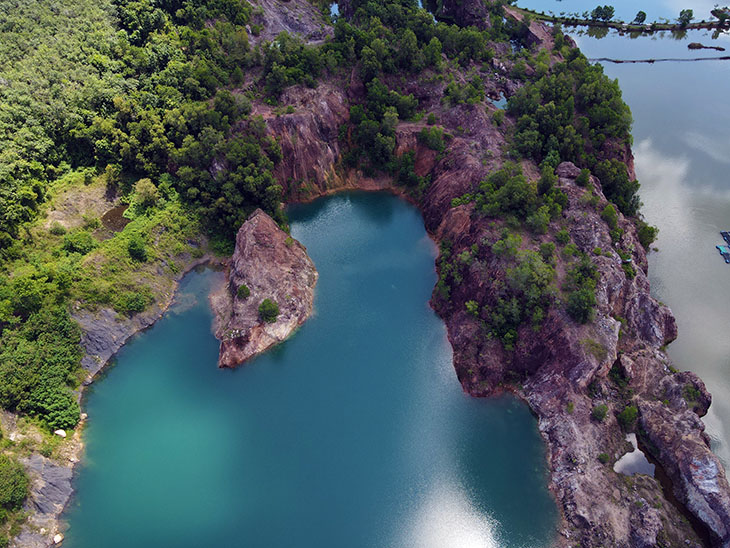 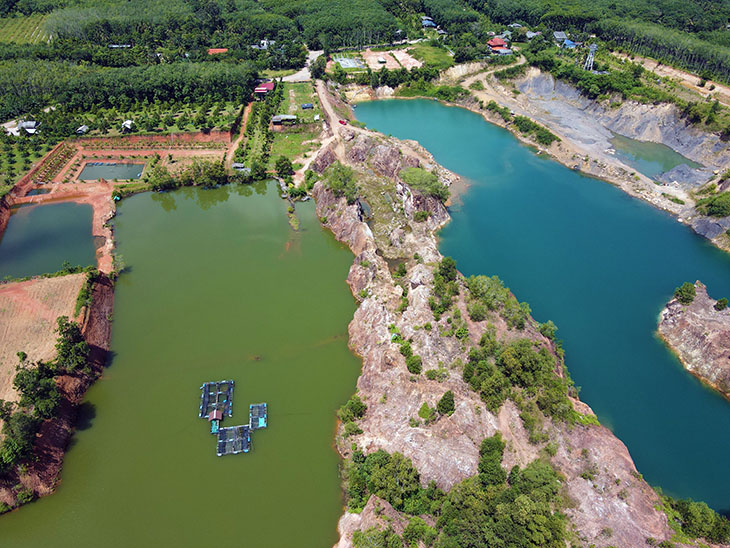 If you lived nearby it would be a nice spot for a picnic. But I don’t. So I won’t.

Next up was Wat Khao Aor. When I mentioned this to a friend she said “Oh, I want to go there.” But she was busy, so – next time. Although, I’m not planning a next time. I don’t think you’ll blame me. Read on…

Usually when I arrive somewhere I jump out and do a kind of recce of the place, figuring out what I want to photograph, and looking around for drone-destroying branches and cables. So, here are some ground shots… 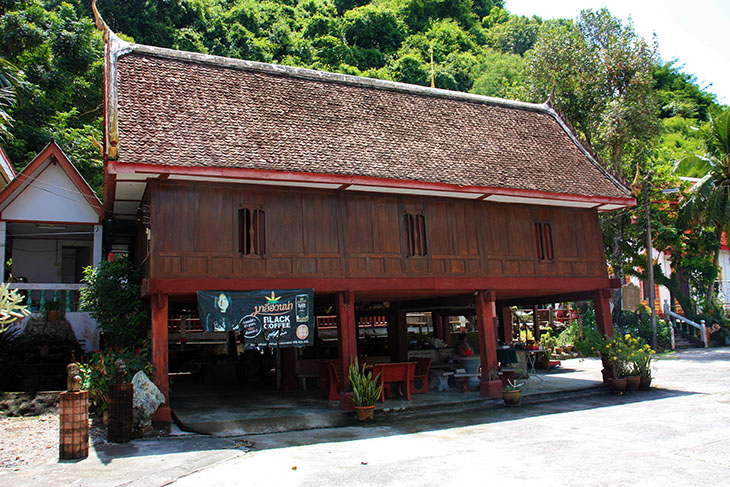 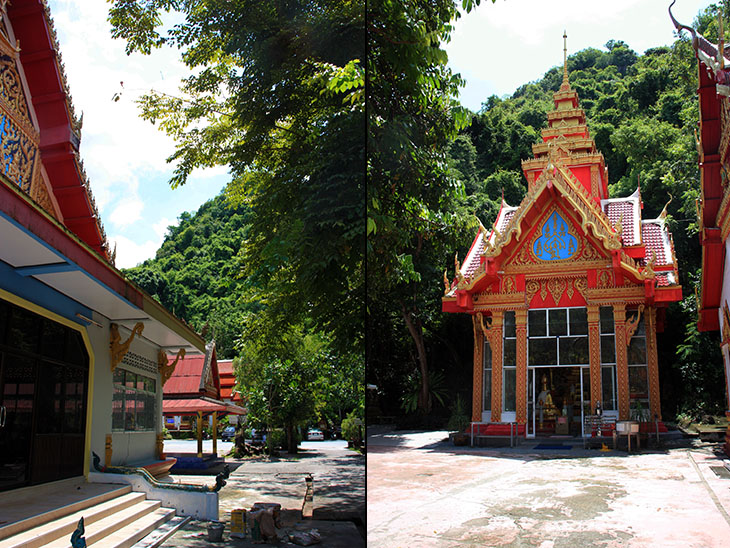 After which I decided “I don’t like this place.” I can’t explain why; but most religious buildings of any denomination seem to have a calming effect. This one was the opposite. So, I drove out to the perimeter wall and decided to fly Maxxie from there. Except I couldn’t. All kinds of technical glitches starting happening. My iPad wouldn’t “talk” to the drone controller, the controller wouldn’t talk to the drone, etc. After lots of fiddling I did manage to get a drone in the air, and I did get a few photos… 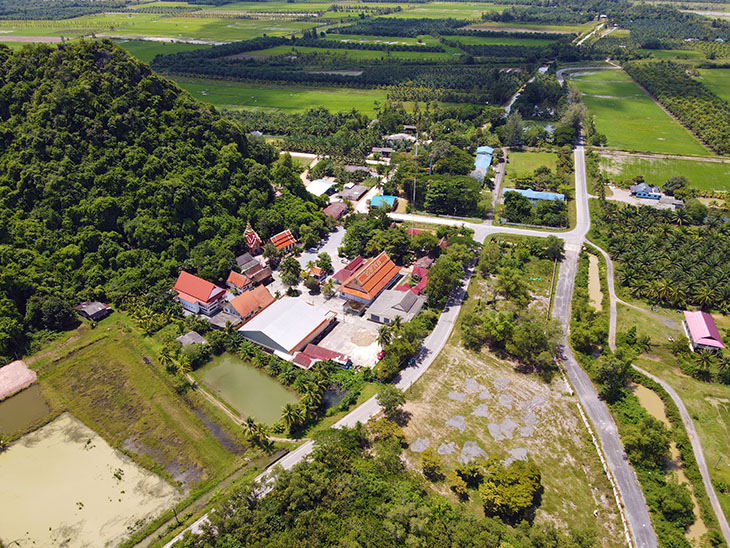 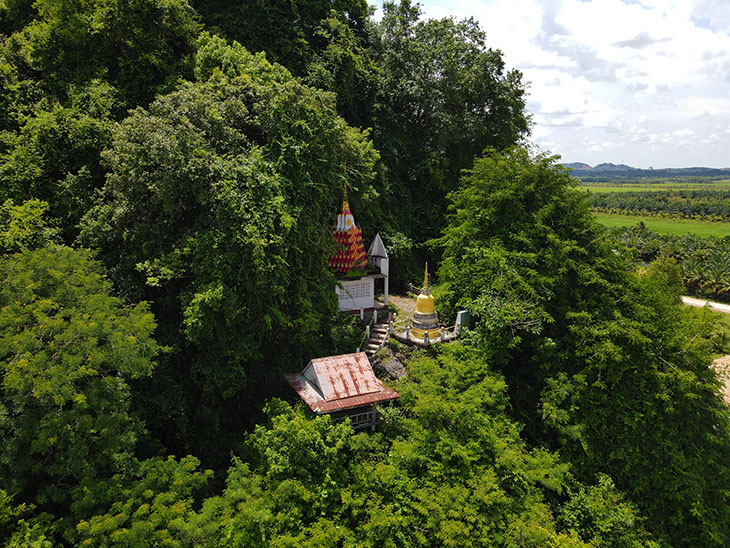 …but not without a few panic moments when I was sure I was about to lose the drone. Communication problems continued, but finally, about thirty seconds after pressing the “Return To Home” button, the drone complied. I can’t explain any of the drone problems, and it sounds illogical I know, but I had a really bad feeling about this place and couldn’t get out of there fast enough.

Now, I knew nothing about the place until I was doing some research for this article. I figured I shouldn’t just say “I went here, and I took some photos.” So, loosely translated from Thai, I found phrases like “a source of superstition science” “a place of worship for Brahmins who practice magic” as well as “occult magic and medicine.” Coincidence? You be the judge. But I ain’t goin’ back!

So, it was off to the far more tranquil Thale Noi Bird Park… 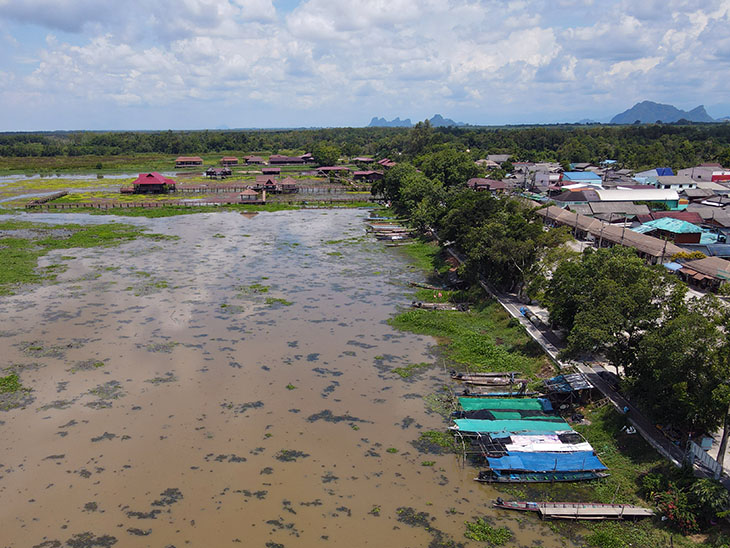 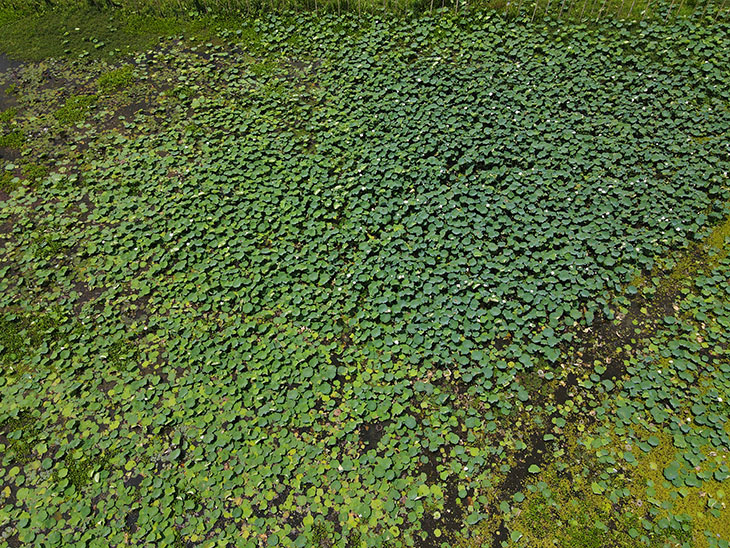 Anytime I try to find out just when they bloom I seem to get a different answer, but clearly someone should tell me “when you’re not there.” Never mind. I’ve seen them before, just not from the air. So from there I tootled over to the long bridge that crosses the lake, where I did manage to get some decent aerial shots… 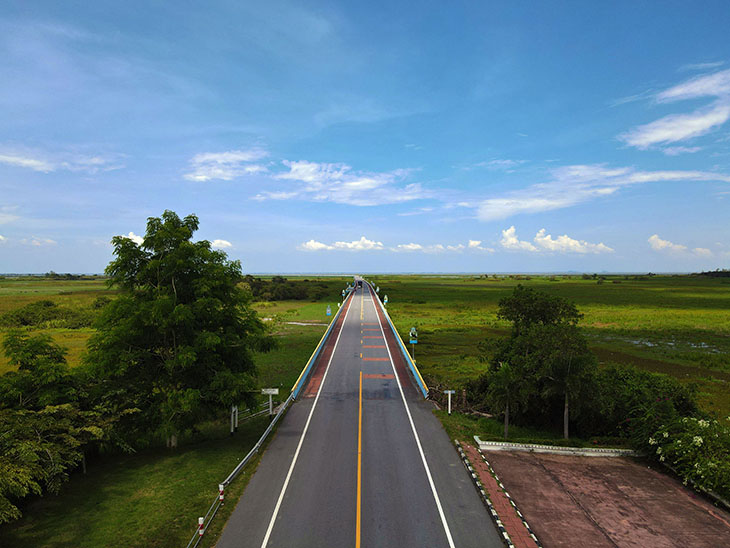 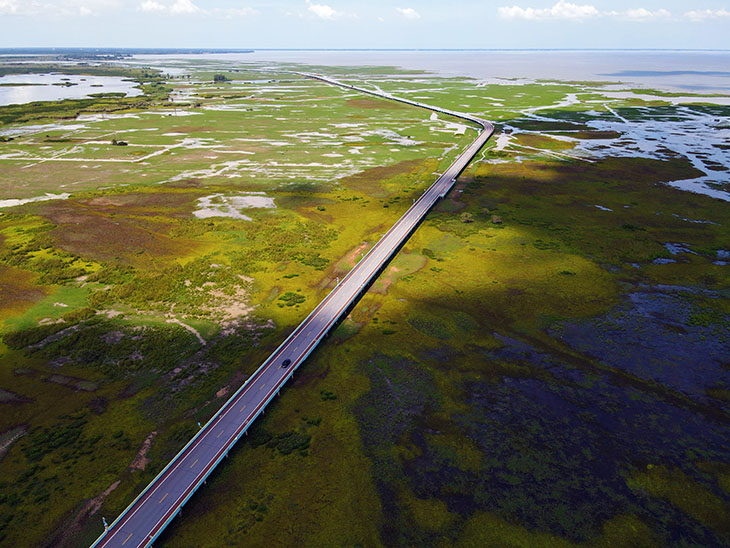 It’s something like 11kms long, but I’m not convinced it’s really a bridge. More of an elevated roadway with a couple of real bridges along its stretch. Good views though, and it has been built with plenty of areas to pull off the road to take photos.

Last for the day, on my way down to Songkhla was Wat Pang Tree, which is just inside Songkhla province. It’s just a regular temple, but with shrimp farms on three sizes and the sea on the other. I figured it was a good place for aerial shots… 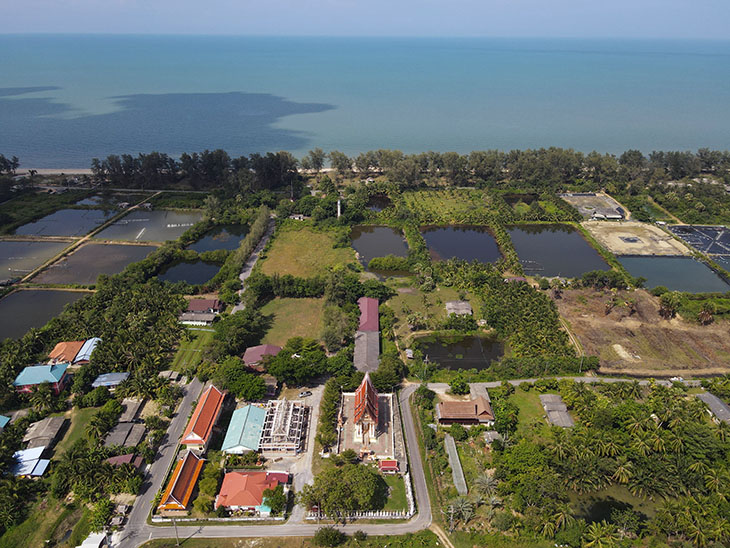 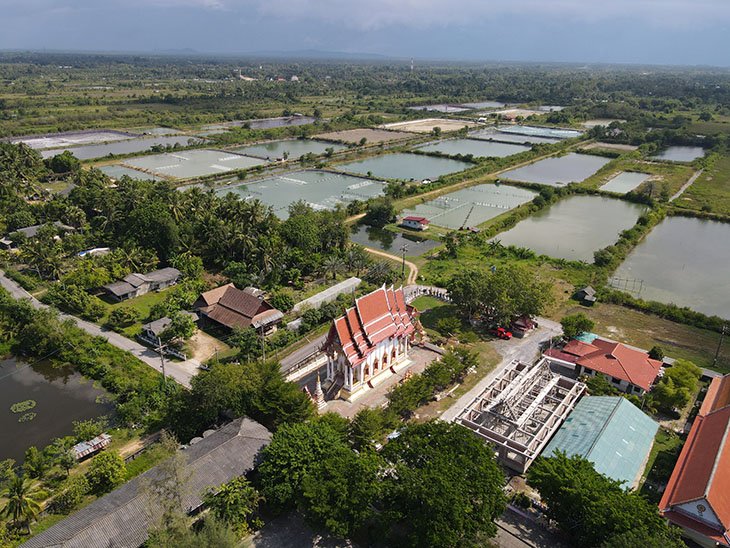 After that I arrived in Old Songkhla on the car ferry, and even though I had to sit in line for forty minutes (with the engine stopped) I figured that was better and cheaper than travelling 40kms to get there by road.

Next, it’s off to Pattani. Don’t go away.