Yes, I know. If you’re a regular Twitterings reader you’ll be thinking “Why is he going there again?” Actually, two reasons…

First; I’ve never seen the place finished. There’s always been some construction going on, either involving a tall crane which spoiled the views, or some detailed painting of murals in the interior, which left one wondering what it would look like when completed.

And second; for the longest time, I’ve wanted to get some aerial photos. I’ve visited many more times than I’ve noted here, some, just for a few minutes before deciding there’s far too many people to fly a drone safely; or upon arrival, discovering it was too windy. And there’s been a few occasions I’ve turned around before even reaching the wat, as the weather has changed dramatically for the worse the closer I was to my destination.

Last Sunday though, was almost perfect. Bright sunshine, gentle breezes, and … oh no … a funeral, with lots of people blocking the entrance. As I was standing staring, and thinking “Now what?” I was spotted. The last time this happened, I was invited to meet the bereaved family and to sit and eat with them. I politely declined. This time though, I was thoughtfully escorted through the mourners from the main gate to the steps leading to the main building.

“Well” I thought “at least I can get photographs of the finished product, but I’m not sure about flying a drone.”

If I show you a few photos, you can see why I was wandering around the building for quite some time… 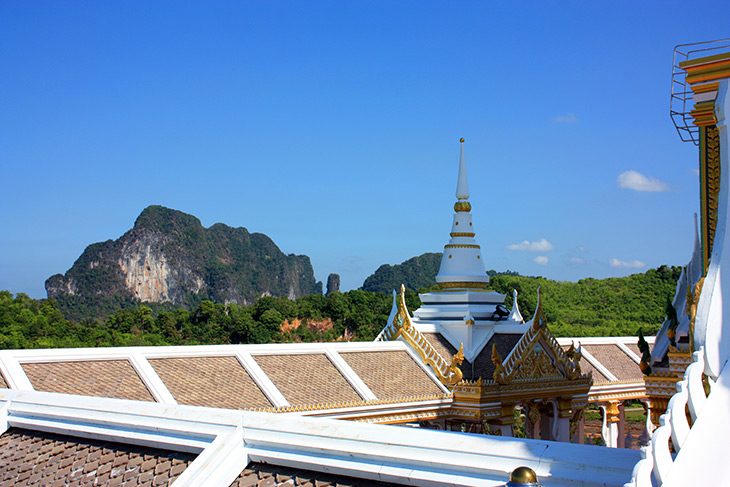 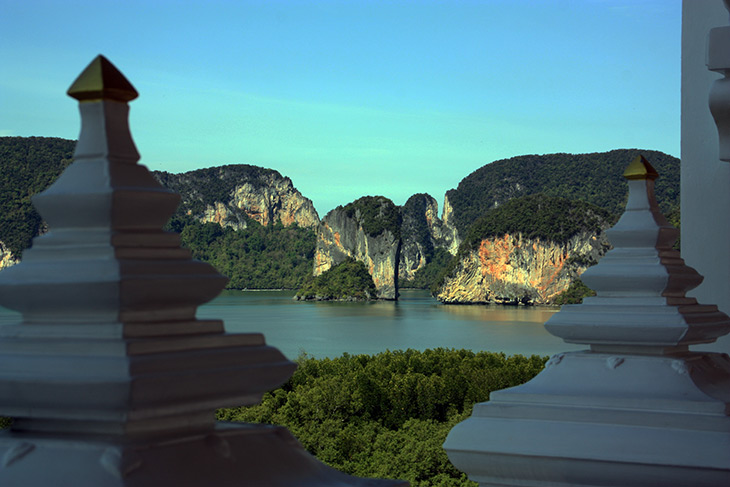 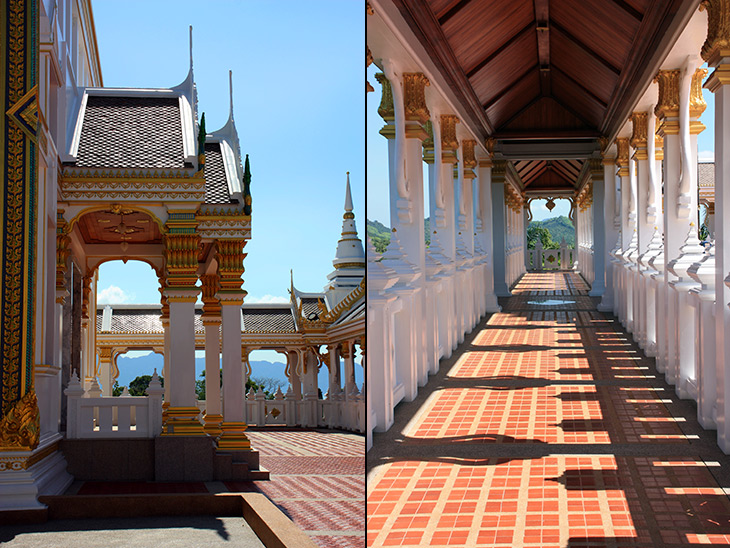 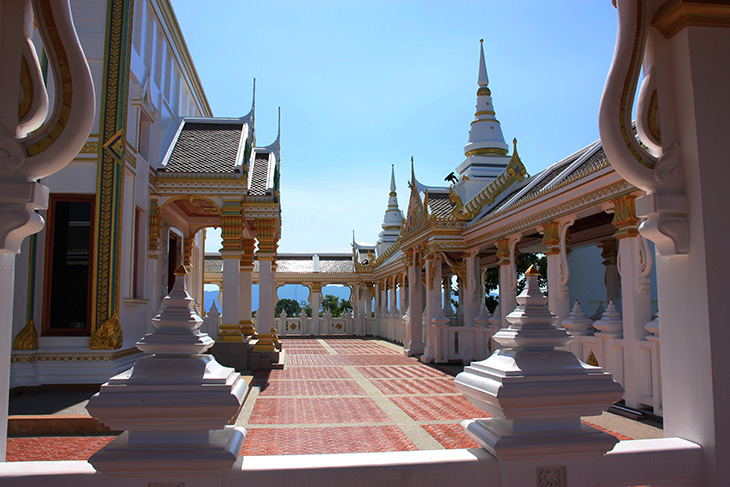 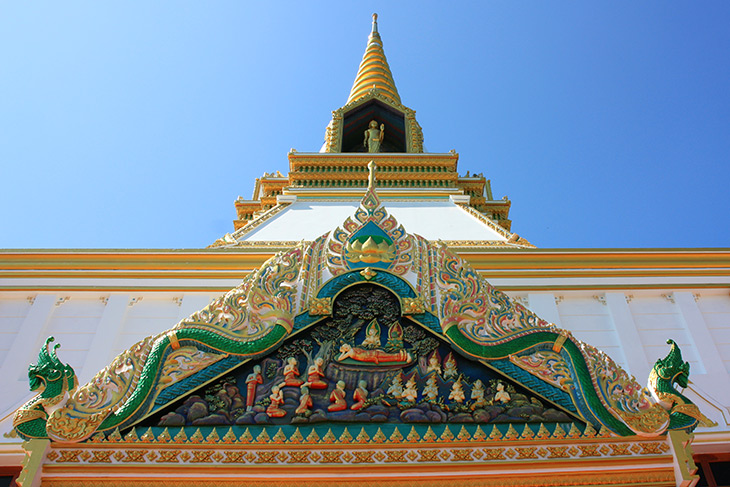 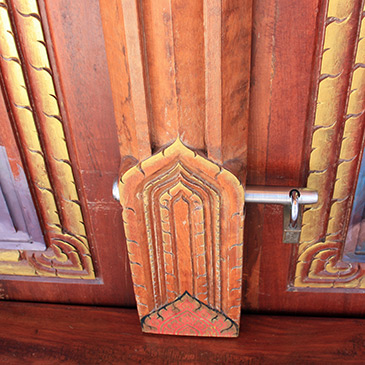 I’d say it’s 99.9% complete. There’s some work going on to build what I think is a tower to hold water tanks, and there’s an odd bit of scaffolding here and there, that perhaps no one has yet cleared away. I’m assuming the interior is now finished, as the large doors – all four pairs of them – were well and truly locked. Shame. Next time.

Overall though, what can I say? Spectacular. And of course, location is everything. Built on a small hill almost at the end of Laem Sak, the views are stunning in almost all directions… 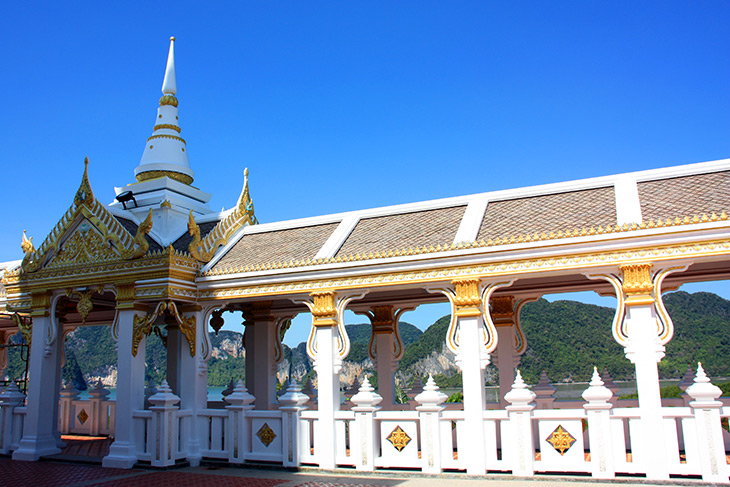 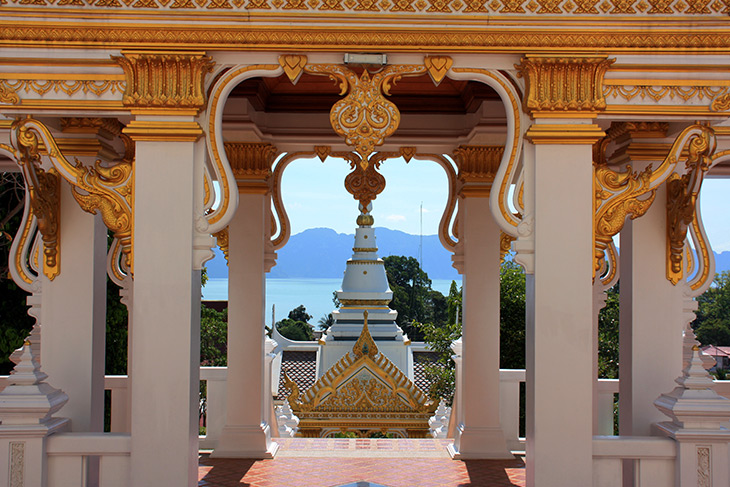 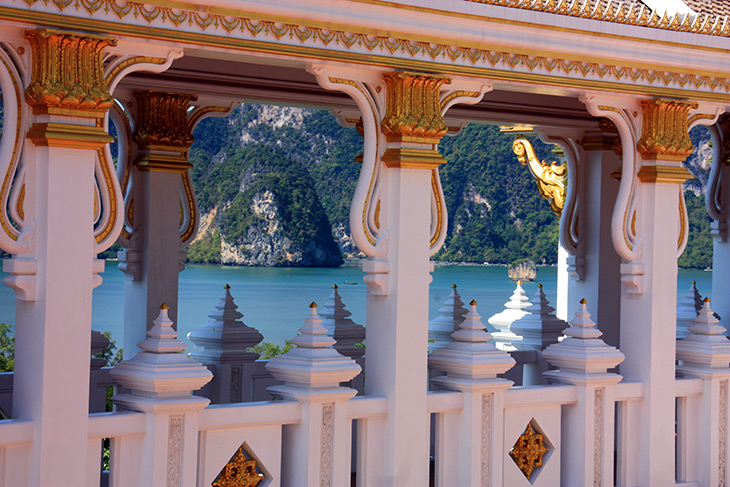 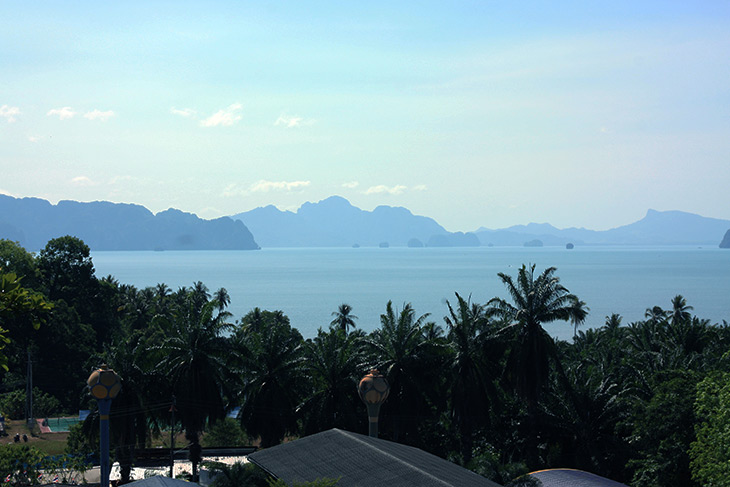 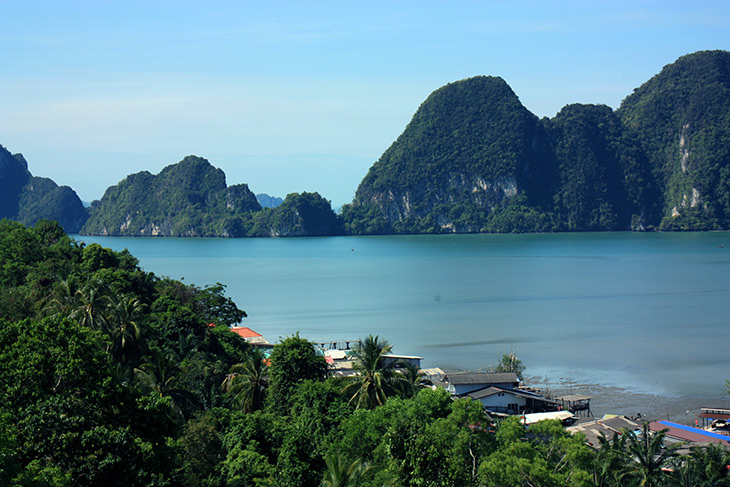 “And where are the aerial photos?” I hear you ask. Well, yes, I have some.

Maxie, my go-to drone for almost all occasions, will quite happily fly several kilometers, so I was able to choose take-off points well away from the funeral, so as not to upset anyone with an annoying buzzing. Although, by the time I got around to flying, most people were leaving. So, starting at the soccer pitch of an adjacent school, I shot these… 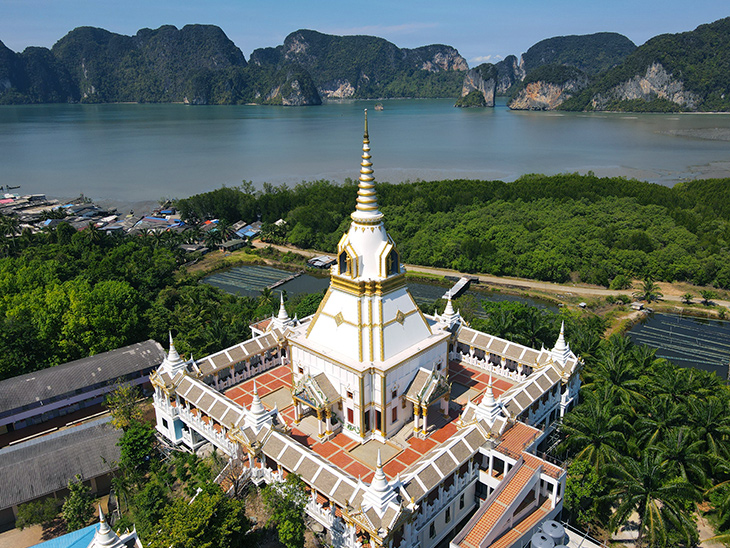 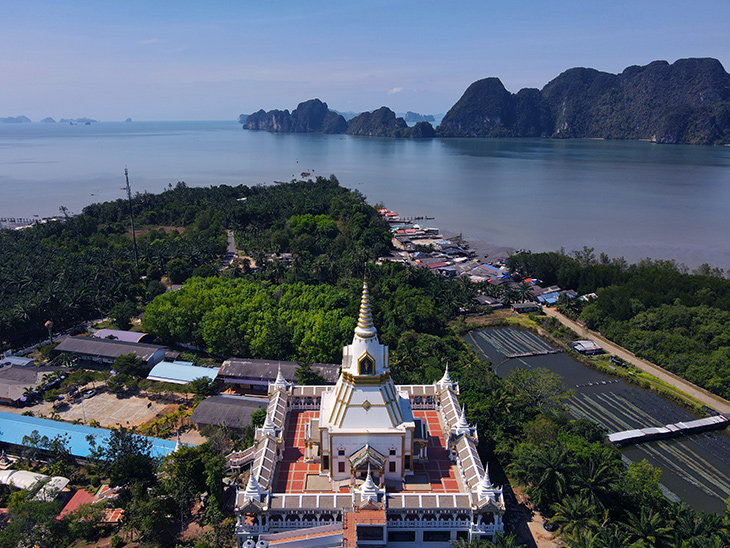 …and then from a small road that was well below the wat, and several hundred meters away, I was able to shoot from a different angle… 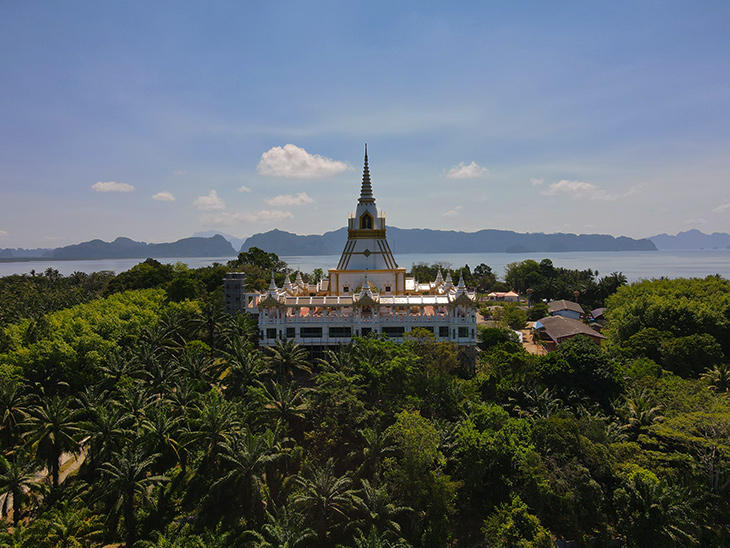 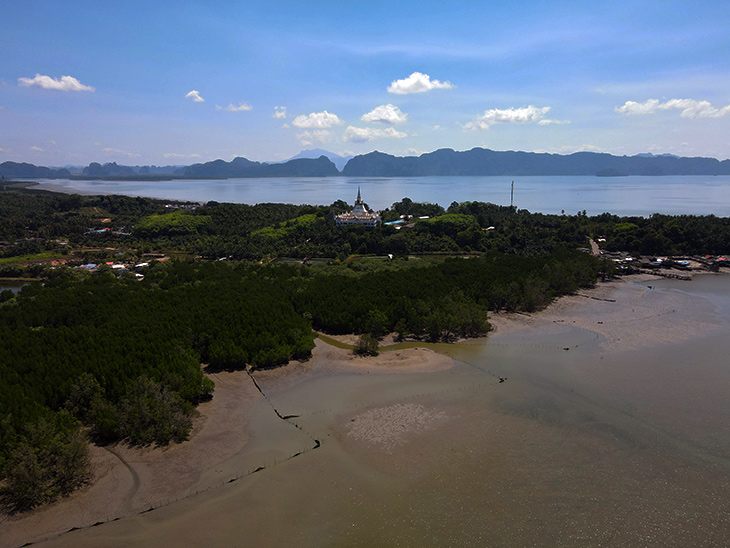 Worth the trip wouldn’t you say?