…But First – What Happened?

Continuing yesterday’s saga … my initial thoughts were that the crash was caused by yet another battery failure. Except, I was using a brand new battery, just arrived from China. I’d checked before and after charging that the cell voltages were within tolerances. Then, replaying the crash in my mind, I realized the loud buzzing noise I’d heard was the motors trying to keep the drone stable. So, that eliminated one thing.

As I mentioned, I was walking while Mimi hovered. Was I accidentally pushing down on the left stick while I walked? I don’t know. It seems unlikely. Pushing a stick needs a certain amount of pressure which I think I would have been conscious of doing. Was the lanyard that holds the remote control wrapped around the left stick pushing it down? That’s a little more likely, but I think I would have noticed at some point.

Once I got Mimi home, I tried to check the on-board flight log. Unfortunately the Android version of the app doesn’t show stick movements, and I no longer have an iOS app which will work the Mi 4K. I logged into the drone’s firmware and yanked out the raw log files, but the only two ways I could find to view them showed me complete gibberish and utter gibberish…

So, discovering the stick positions at the time of the crash isn’t going to happen. But, I think it unlikely the sticks were being moved, unless of course the wat has a drone-hating ghost which… never mind. Let’s not go there. Aside from which I’m a Pisces and we don’t believe in all that paranormal mumbo-jumbo.

So what did happen? My best guess is that a propellor detached. And that might have been my fault. A few weeks ago I did have a crash that was caused by a battery failure. I was thirty seconds into a flight across a river, when I spotted the battery failure warning message. I just managed to get the drone back over dry land when the voltage dropped to zero in one cell, and Mimi fell from a height of about two meters, bouncing and flipping over on landing. There was no visual damage, so I kept flying. I probably should have checked lots of things, especially the props. Slap on wrist.

Anyways, out of curiosity, I decided to see what would happen if I pressed the battery’s ON button (which also doubles as the OFF button.) I thought probably nothing would happen, or the LEDs would flash wildly to indicate a problem. So I put my fingers in my ears and pressed the button… 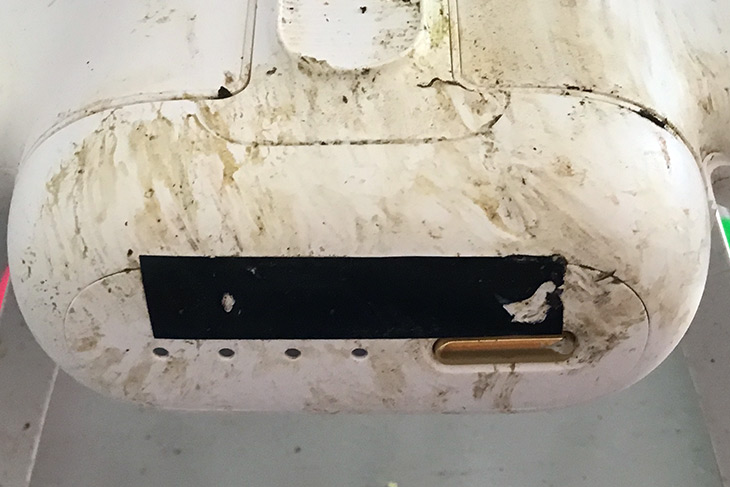 Yes, I have three hands. To my surprise, three lights came on, indicating the battery was working normally and was discharged by about 30% – which was to be expected. So, taking the next step, I tried to pair the drone with the remote. That worked. I fired up the app. Everything seemed to be normal. Then, for the last test, I took the drone outside, left it on the ground without propellors, and once there were enough GPS signals to allow me to fly, I tried to fire up the motors. They worked. Everything seemed to be normal. I was tempted to add props and try to fly, but that would have been really dumb, and I’m only quite dumb.

Feeling surprised and pleased, it was back to the workbench.

Mimi2 and Mimi4 have been stripped and the best parts chosen. I now have a rojak drone, or a bitsa drone… 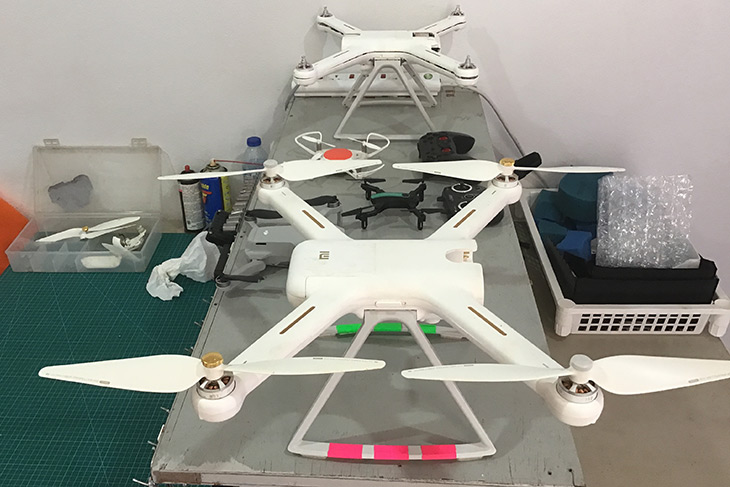 Perhaps surprisingly, I decided to keep the lower half of Mimi4 despite the crash. Other than a few scratches, nothing seems damaged or bent in any way. I have changed the top panel and GPS unit, as they took the force of the upside down crash. Oh, and guess what, she needed new props! The main benefit though is that the serial number is in the bottom half of the airframe, and that’s what’s used for my drone liability insurance. Keeping that number saves a whole barrel-load of hassles.

And despite the fact the wind is currently gusting at over 30kph, I’m just back from a 15min test flight. Everything worked perfectly. Well, except for the camera, which I didn’t attach. I couldn’t see the point of potentially destroying or losing another one, even though it was a very conservative test… 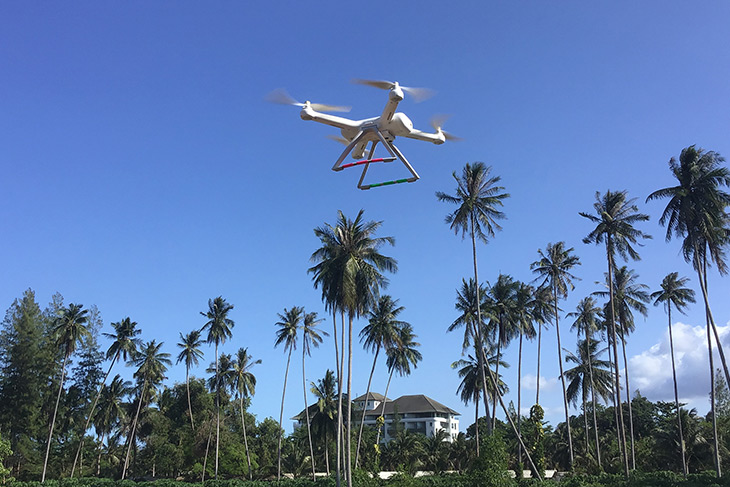 And by way of a postscript… when the drone is working properly, so is the Android app. So I have been able to analyze the flight log from the crash. Nothing touched the sticks, Mimi just fell from 65 meters in 5 seconds! She’s a tough old bird, and I have to say, I really love flying this drone. I hope she lasts a lot longer.