So, yesterday morning I headed out bright and early (well, early … I’m none too bright in a morning) with the intention of exploring south of the main beach area of Khanom. 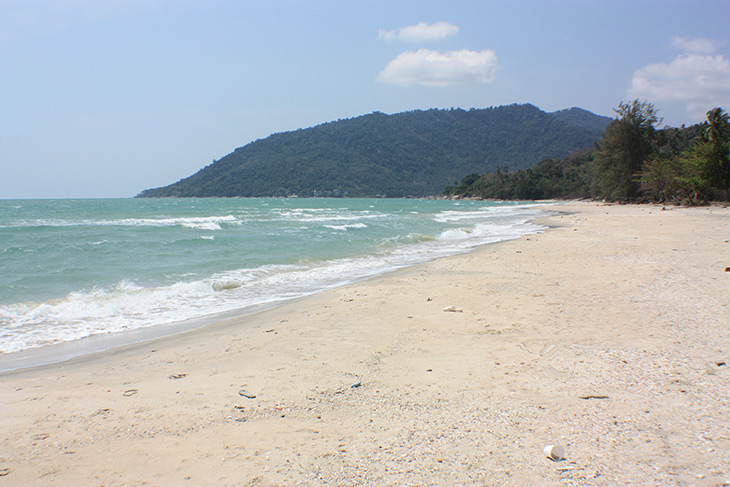 As I turned around I spotted a camper van/RV. They’re somewhat rare in Thailand. In fact the government has recently introduced rules to make it virtually impossible to enter the country with such a vehicle. The logic, if there is any, is to prevent tourists from enjoying the place without paying for hotels and restaurant meals. A bit unfriendly if you ask me, which of course they didn’t.

Then I noticed the van had French license plates, and there was a man sitting outside minding his own business. That is, until I showed up and said “Bonjour. Did you drive all the way from France.” Two hours later, I was still there.

Yes, he, his partner and son, plus their twenty-one year Iveco van had indeed driven all the way from France, and had taken two years to do it. Needless to say there was quite a story to the trip, which is why I was in no hurry to continue my touring. That could wait. 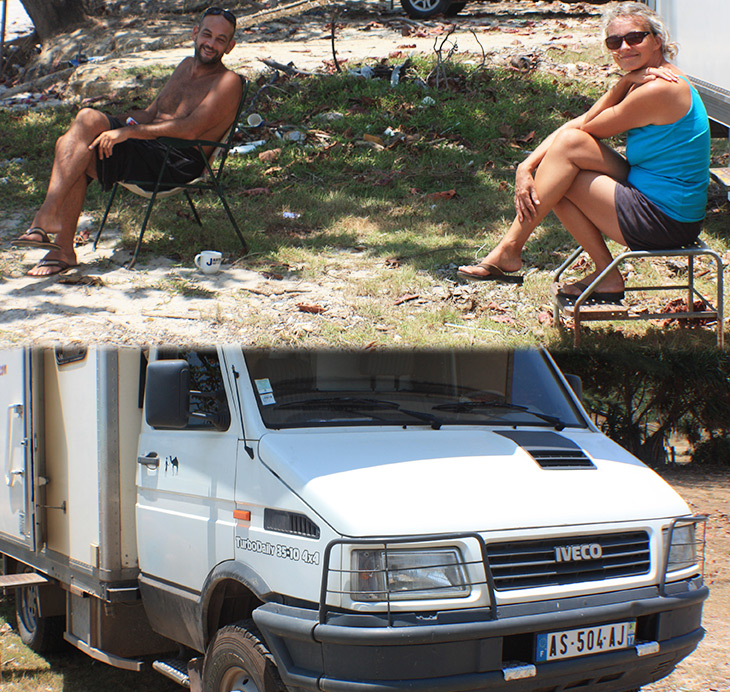 It seemed like a mammoth undertaking, especially getting permission to enter and cross countries such as Iran, but he assured me it was a une tranche de gateau. No, he didn’t really say that. The key is a magical document known, even in the English-speaking world, as a “Carnet de Passage en Douane.” Having run a motorsport team I’m very familiar with these, and can understand how they will smooth the entry into foreign countries. But Iran? Amazing.

Anyways, after a long chat, during which I’d been able to impart some local knowledge – they’d arrived only the previous night, in the dark, and so had no idea what was where – I decided to postpone my southern-Khanom tootlings until today.

Again, out early and still none too bright, I headed south. Arriving at the first bay beyond the main beach, I turned down a tiny road and found this… 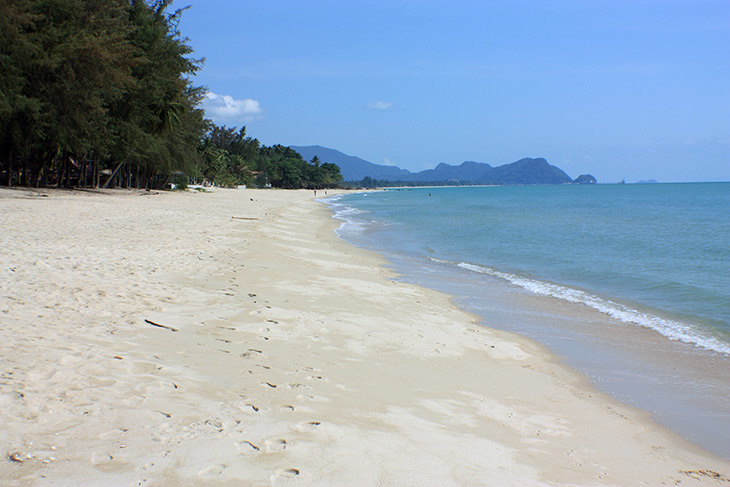 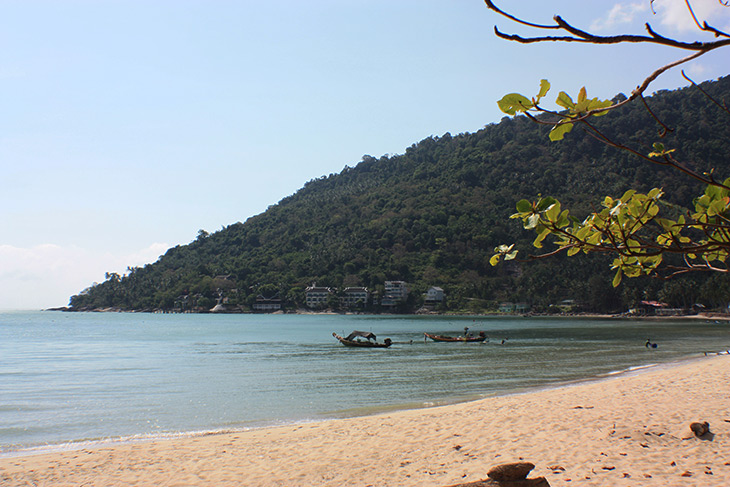 And walking back to the car I also found these three young lads, who I assume had been camping on the beach, and who insisted I took their photograph, even thanking me in English. So, here you go guys, your fifteen minutes of fame… 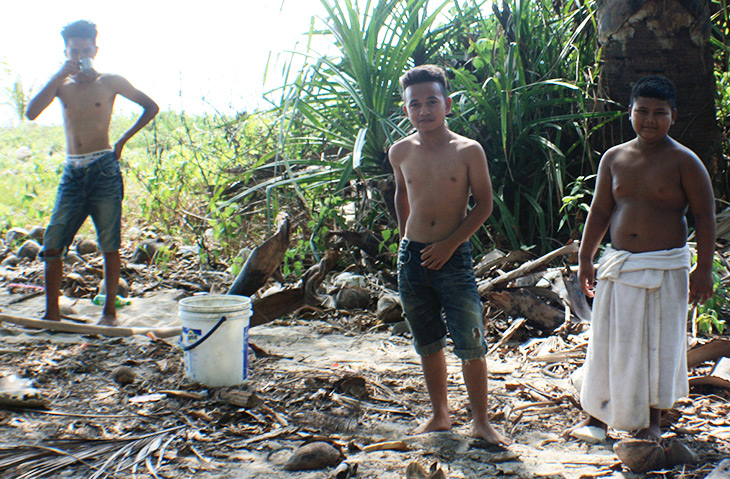 But I also noticed this… 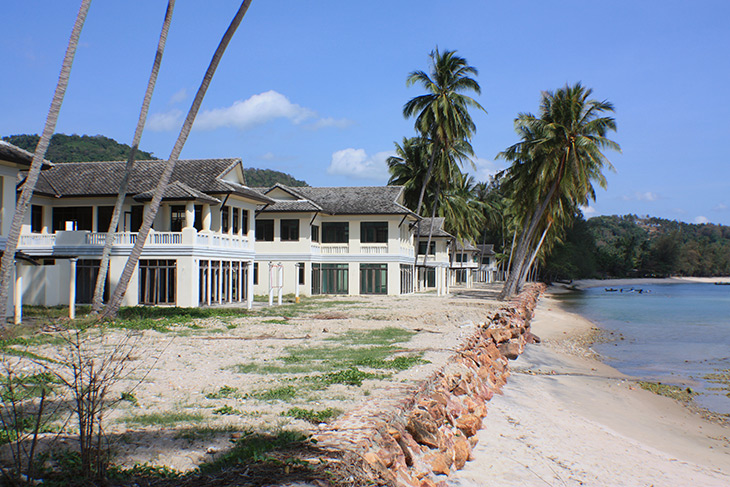 This construction work, on yet another new resort, is just around the corner… 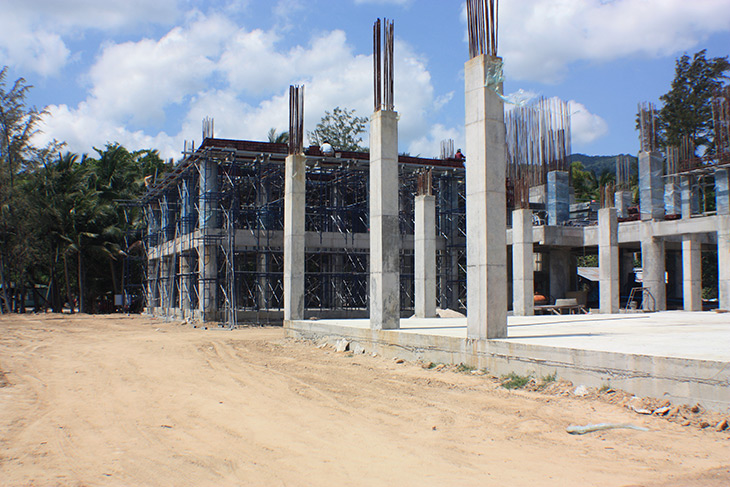 Good luck with that guys.

Next; right around the bay, there’s the famous Khanom Seafood Restaurant and their equally famous views. 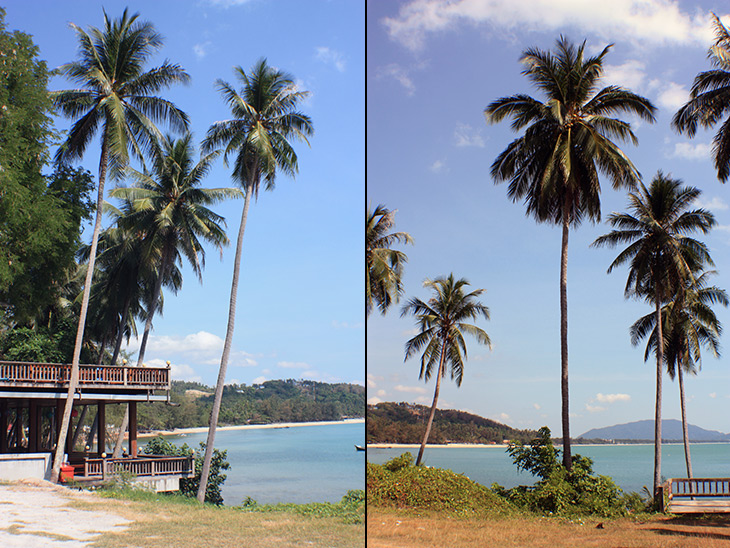 Beyond there, the road rises, and there’s a steep slope down to the sea. The road is also very narrow, but fortunately with a few places to pull over to get views like these… 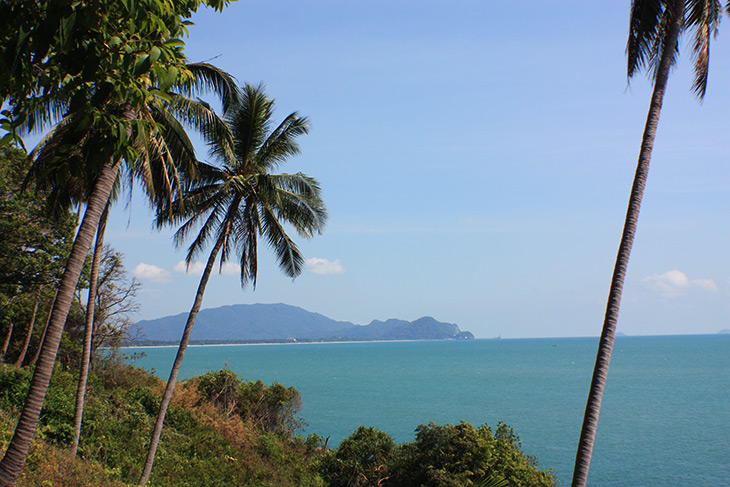 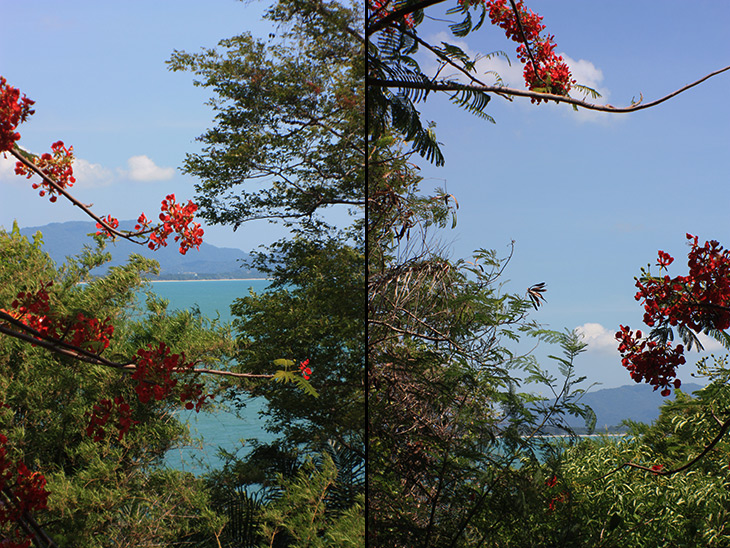 I also found this place along the way… 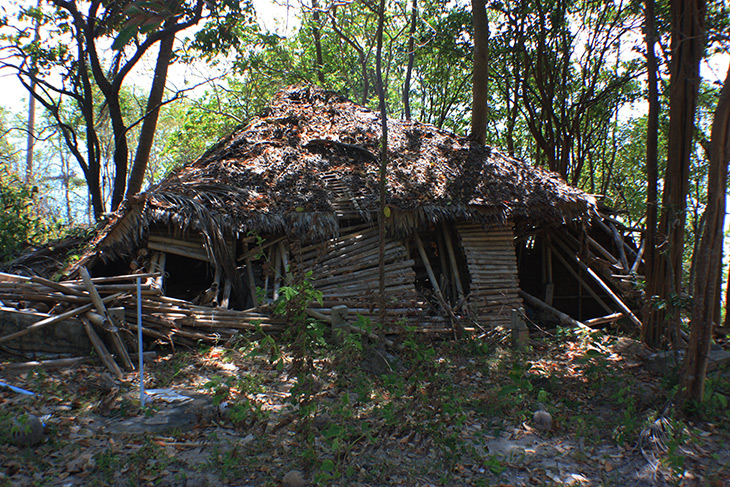 …I figure with a couple of new windows and a lick of paint it will make a nice seaview cottage! 🙂

At the end of the road – literally, there is nowhere else to go – there’s the small hamlet of Ban Thong Yee. It’s nothing more than a hotel/guest house, restaurant, camping area, and a few surrounding houses… 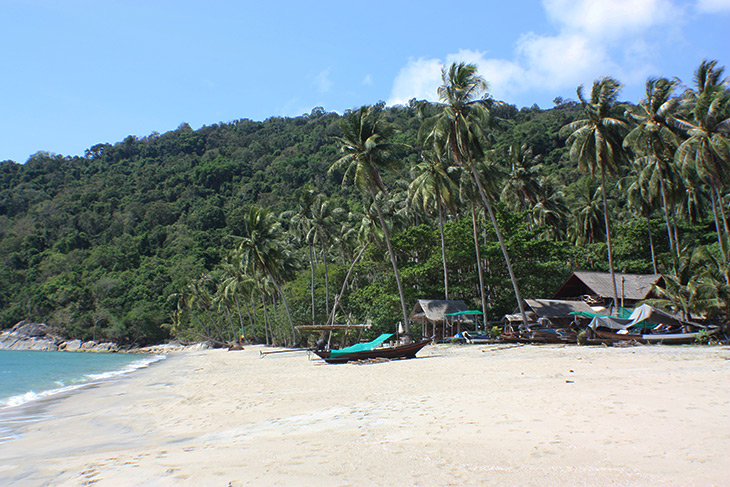 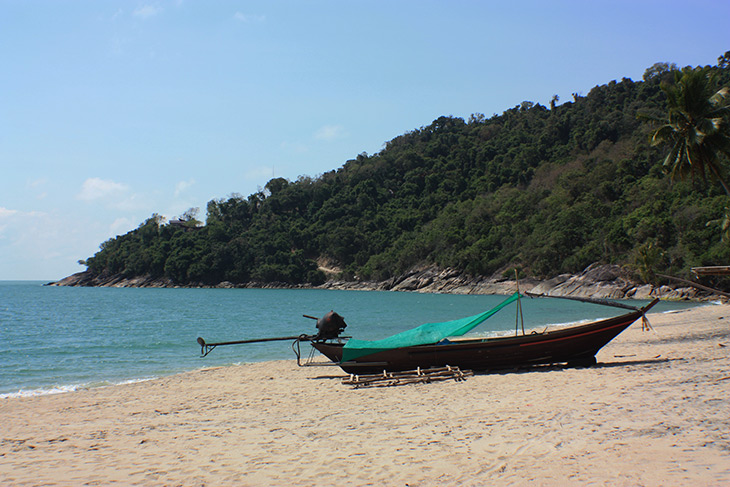 At the end of their small beach there are even better views, looking towards Khanom and beyond to Koh Samui… 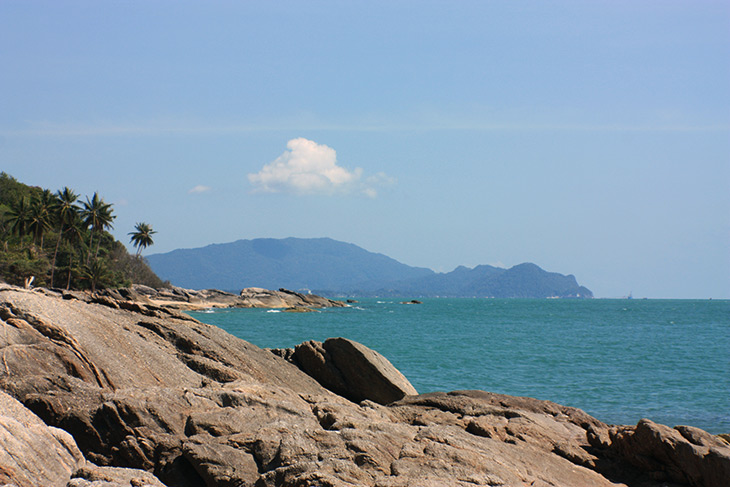 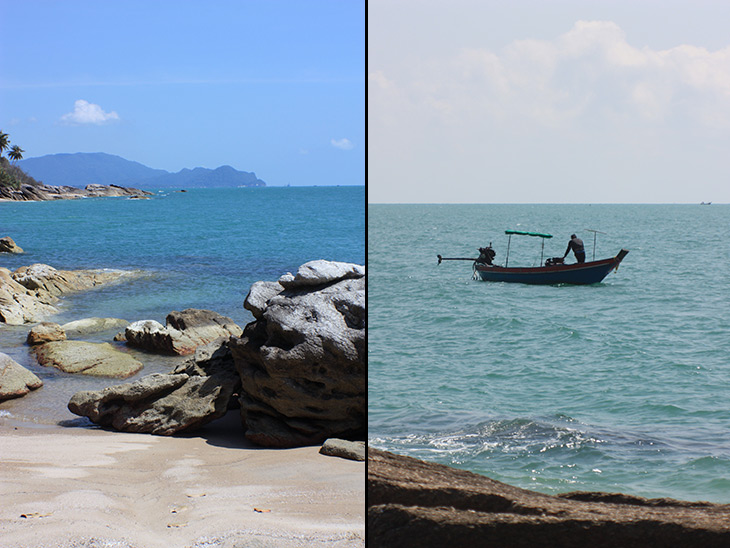 Back at the restaurant, I had to take some pics of their pet monkey, even though I don’t like monkeys. Maybe you do… 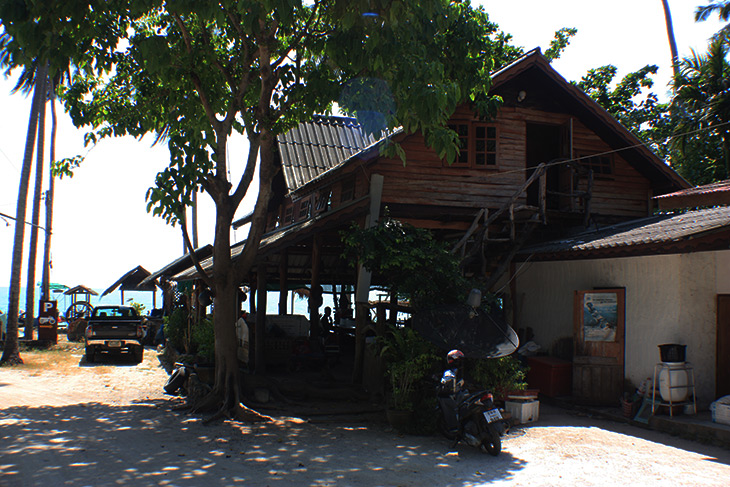 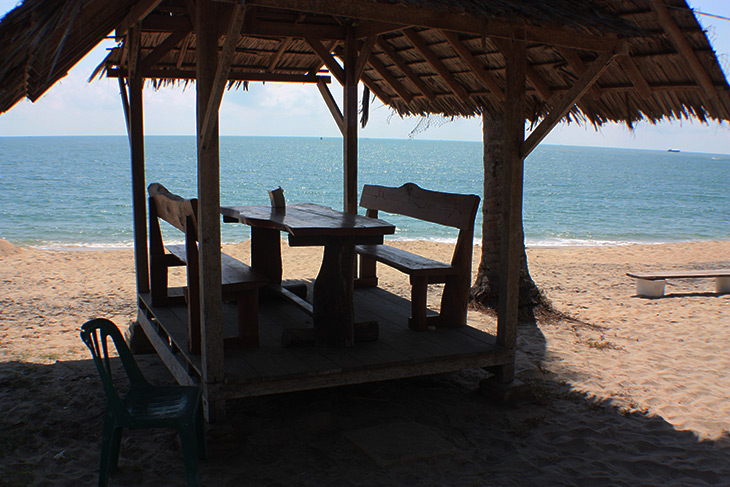 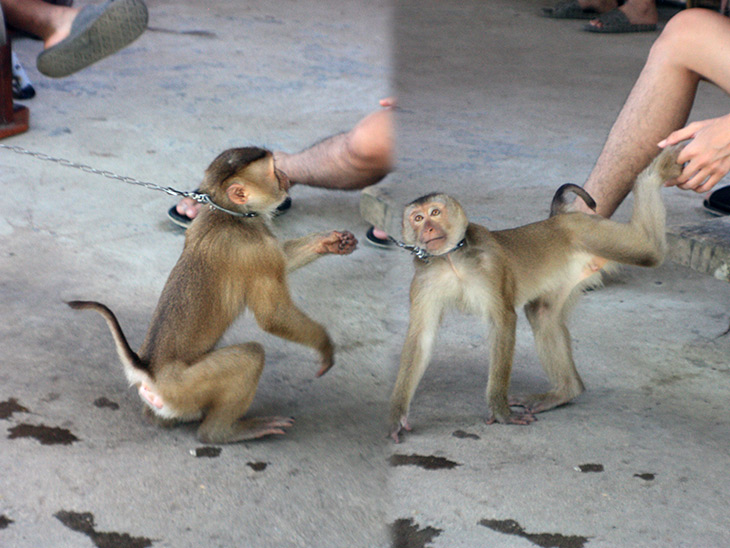 Not a bad morning’s “work.”