This morning I was out early. For the past two months every day has been bright and sunny with afternoon temperatures in the mid to high thirties. (Haha. I accidently typed “thirsties” … they certainly are.) So today I made sure I was out by 8:30am while it was still only 30°C.

Due to the prolongued drought, which could go on for several more months, Thailand is rapidly running out of water. Luckily, here in the south we had so much rain in the monsoon season that the reservoirs seem to be reasonably full, but in many parts of the country they are completely dry.

And what little water the country does have is about to be dredged up so that people can throw it at each other during next week’s Songkran festivities. The goverment has decreed that water can only be thrown on one day rather than the usual three, and we all know what difference that will make.

Me? I’ll be hiding indoors. Aside from not wanting to get drowned – although I admit this year it might be rather refreshing – it’s also one of the times of year when everyone gets drunk, and then jumps in the car to go visit relatives, where they get drunker and drive home. Indoors is safest.

But back to this morning: I wasn’t going far. Just ten kilometers up the road, through the hills north of Khanom, to the pretty fishing village of Ban Thong Nian. Strangely the road lead through some military training camp with big signs saying “No entry” and “No trespassing.” Everyone seemed to be ignoring these, so I did likewise.

The village is spread around a wide bay, with several small resorts, and a fishing village plus jetty at the southern end. Not much seemed to be happening. Maybe it’s too hot… 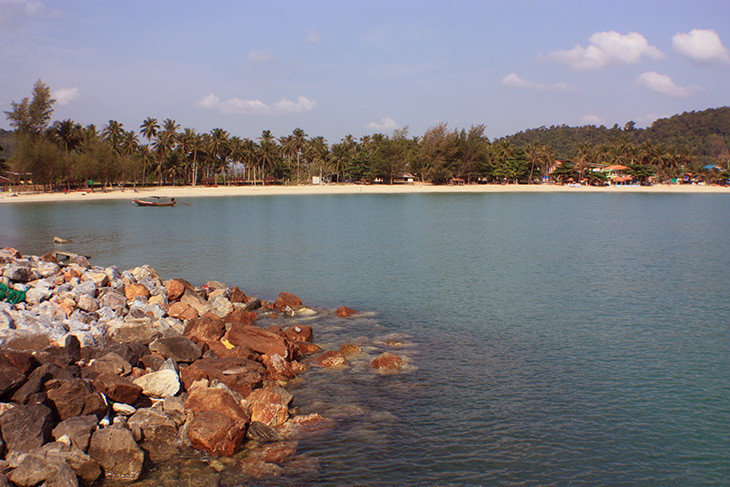 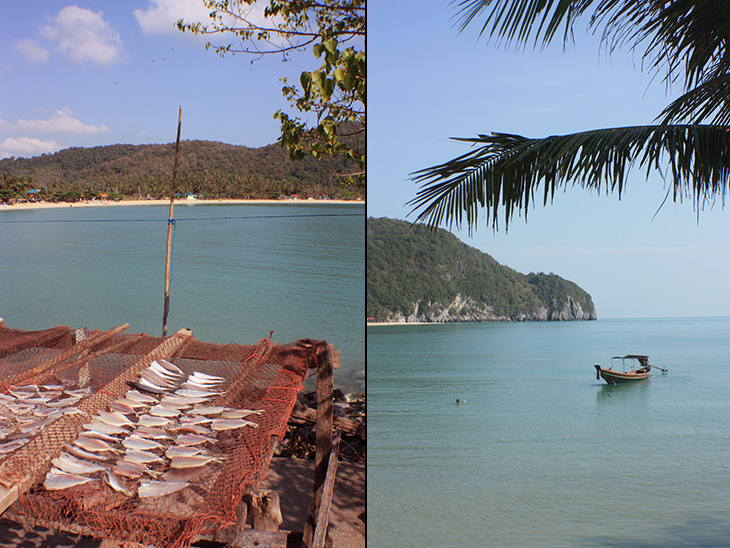 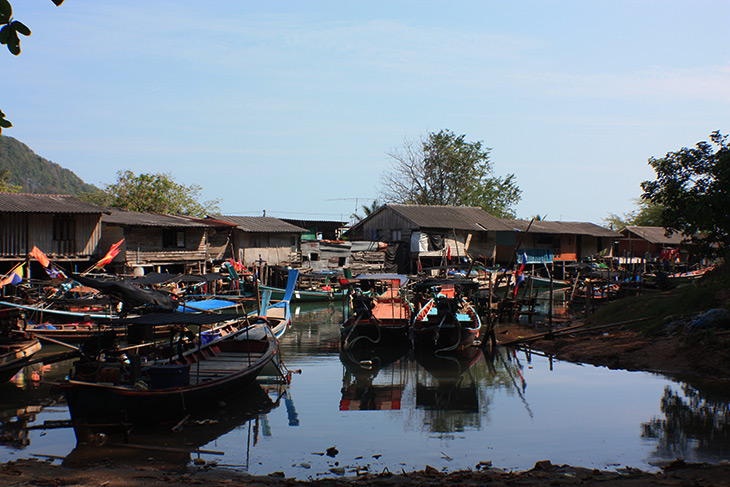 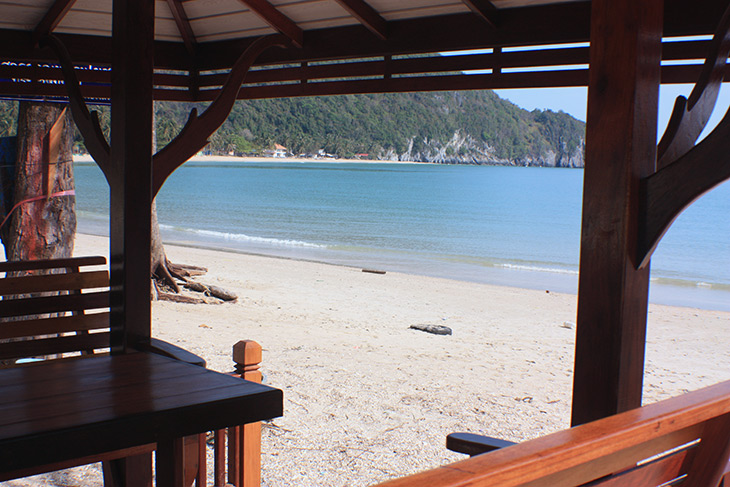 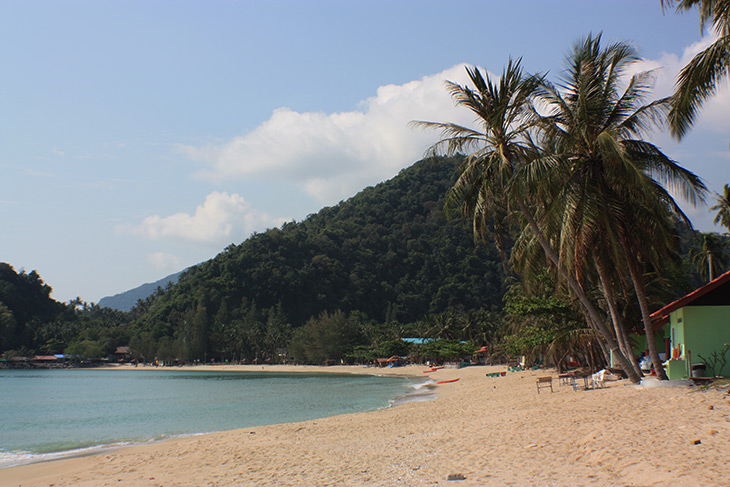 So after visiting both ends of the bay, I spotted a tiny road running uphill from the end of the jetty. After a section of concrete, the road was quite rough, until it reached more concrete going down into Ban Thong Ching. The views from this tiny road were quite something… 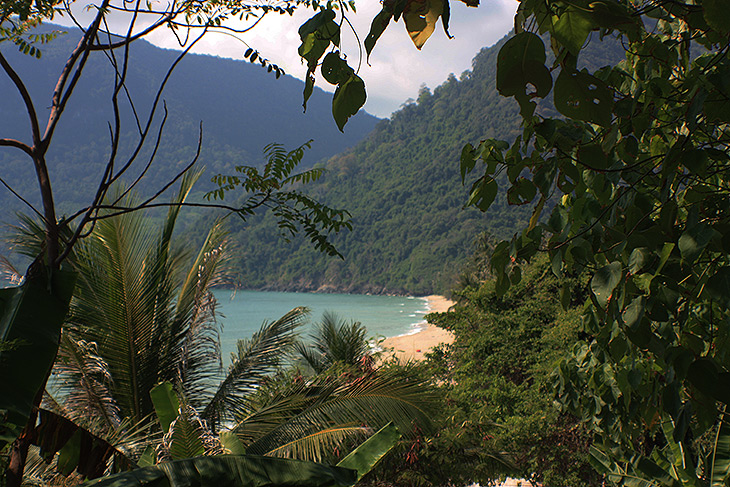 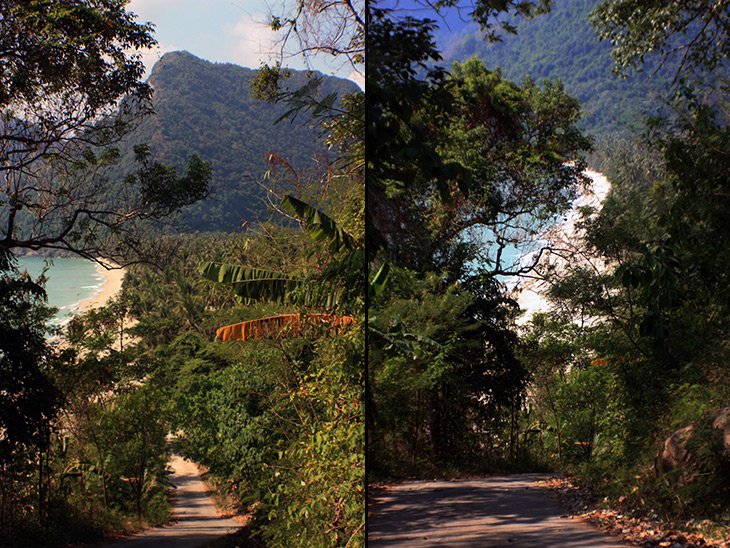 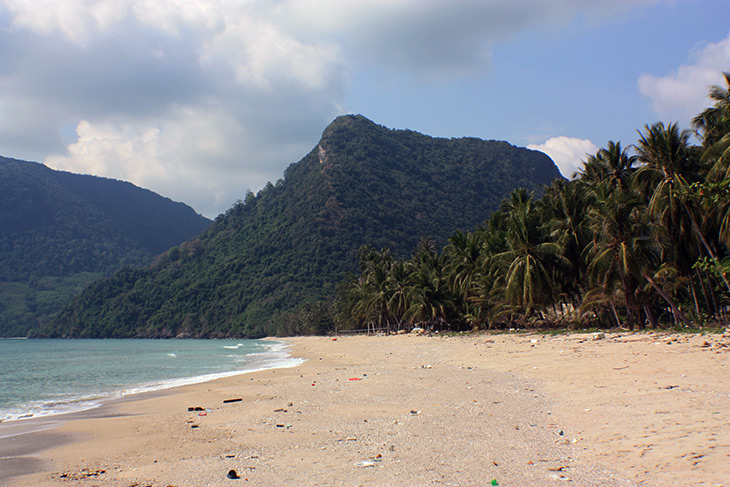 A nice start to the day though. That pretty-much covers north of Khanom. I wonder which direction I’ll go tomorrow?