I hit the road quite early. Perhaps too early as Ms. Chuckles didn’t seem to be awake. She had a fit of the quickfire “Head Northwest, Make A U-Turn If Possible, Head East.” Maybe she slept as badly as I did. What she should have said was “In 200 meters stop for coffee while I figure out where the hell we are.”

No matter. I’m sure we took some indirect route out to Highway 4, but soon enough we were heading up into the mountains and across to Ranong Province. It’s rare to find a twisty four-lane road, but when you do, they are to be enjoyed.

In less than an hour I was at the Burmese-style Wat Suwan Khiri in a place called Pak Chan. Still high up in the hills. It’s been on my “To Do” list for a long time. The views from there are spectacular. Ha!

I arrived too early. The place was shrouded in fog and cloud. Visibility was minimal. I wandered around taking some regular photos until there was a hint of blue sky. Maxie went up for a look around. This is his first photo… 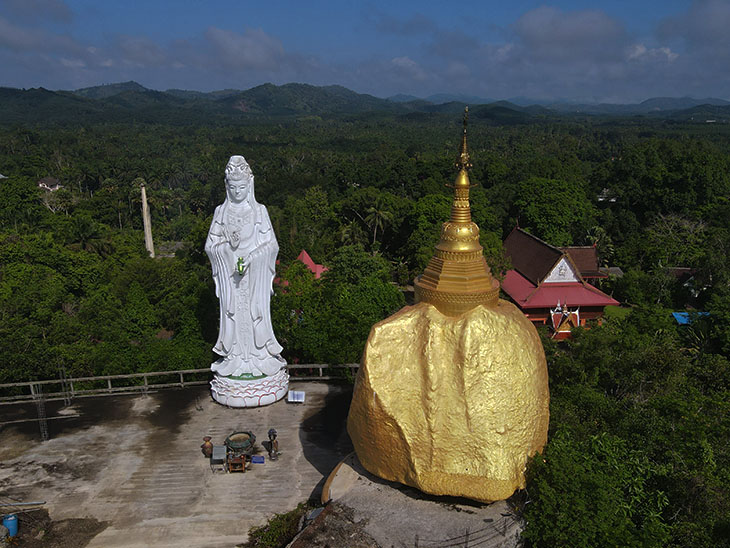 Somehow the cloud disappeared in the space of a few minutes, and the views were as expected. Above you can see a Kwan Yin, Goddess of Mercy, statue, and a highly revered gold rock. Revered for reasons unknown to me. But it looks cute.

It was time to be a bit more adventurous… 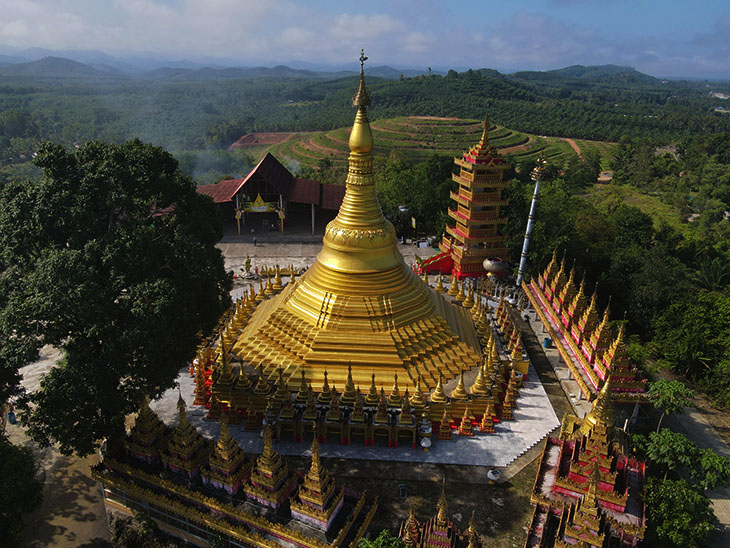 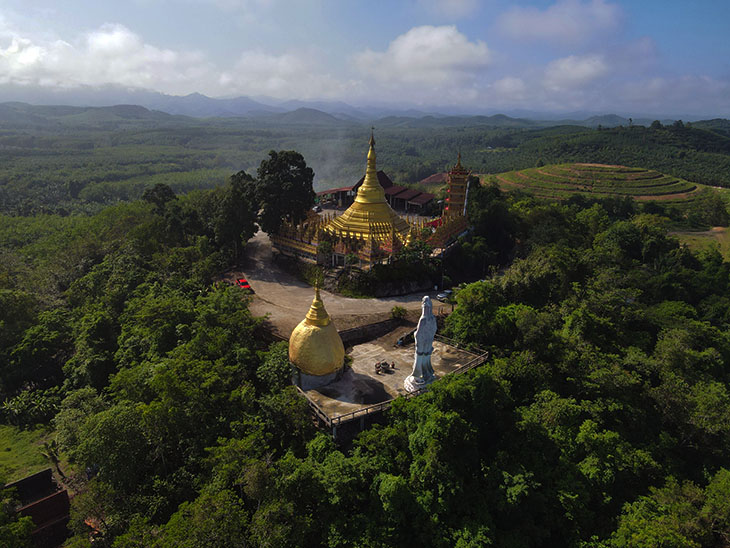 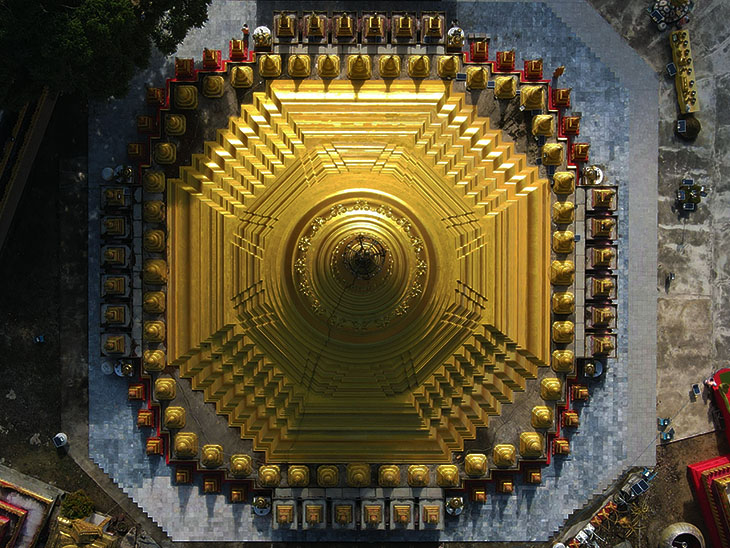 Interesting place. Although you don’t need much time there, I’m glad I went.

Next it was time to look at Burma. I headed further down into Ranong Province to the Khao Fa Chi Viewpoint. First we have Burma in the distance and Thailand in the foreground… 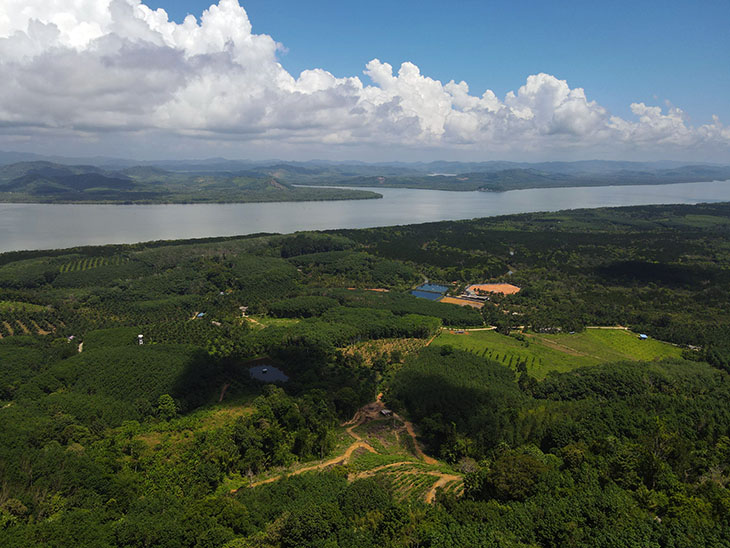 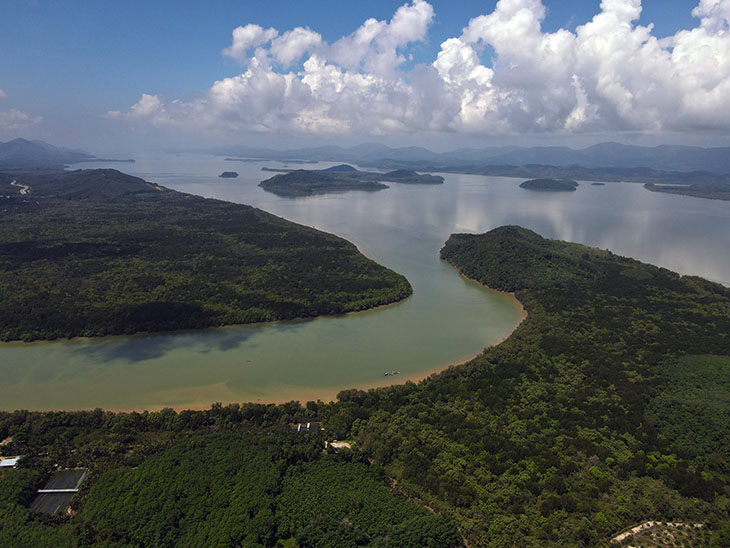 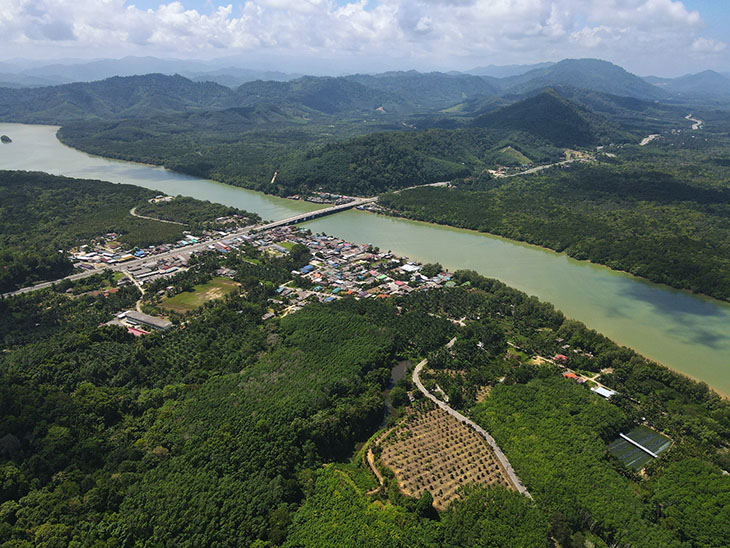 Last port of call in Ranong, literally, was the Grand Andaman Pier and Lighthouse. Except the pier entrance was closed with security guards and stout barriers. The pier is normally one of the main points to take a ferry across to Burma, but in these times of Covid, no can do!

In those “normal times” whatever they were, it was possible to go over to the town of Kawthoung for the day, provided you didn’t mind surrendering your passport and US$10 to an Immigration Officer.

So anyways, I just tootled about 200 meters further south and turned down a small road to something called Bodin Pier, which I assume is not currently used for anything. From there I was able to fly back to the lighthouse… 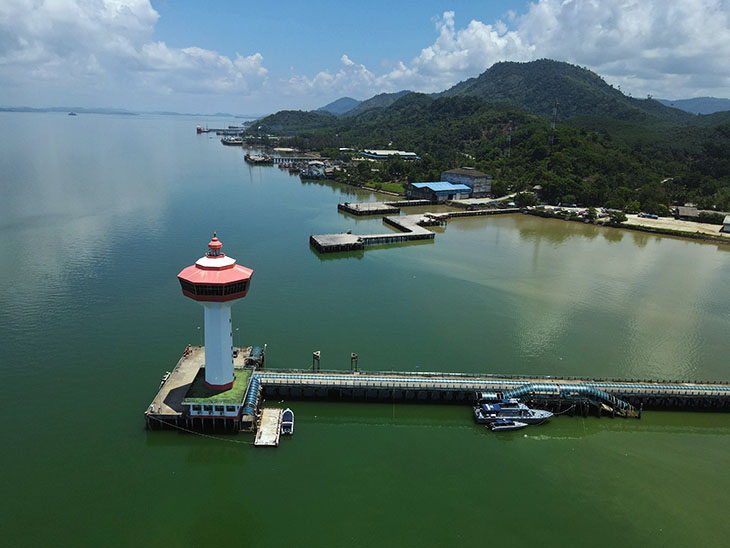 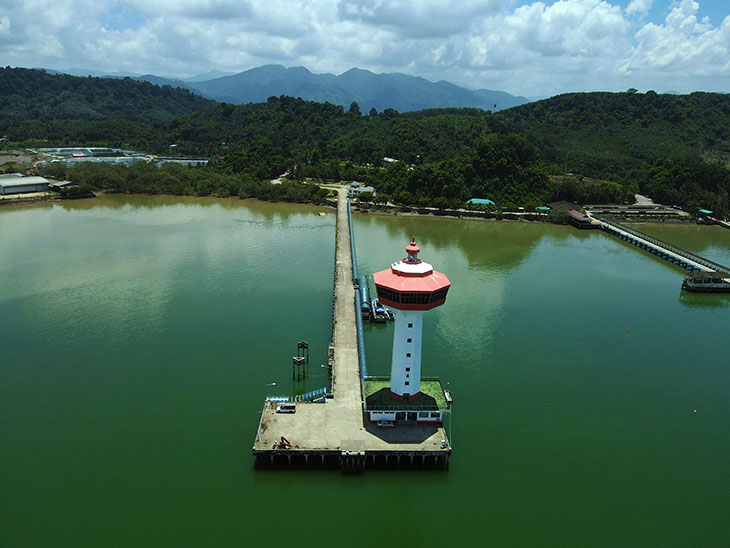 Okay, Ranong done and dusted for this trip. Time to head back across the mountains, and get some shots of the beautifully twisty section back in Chumphon Province… 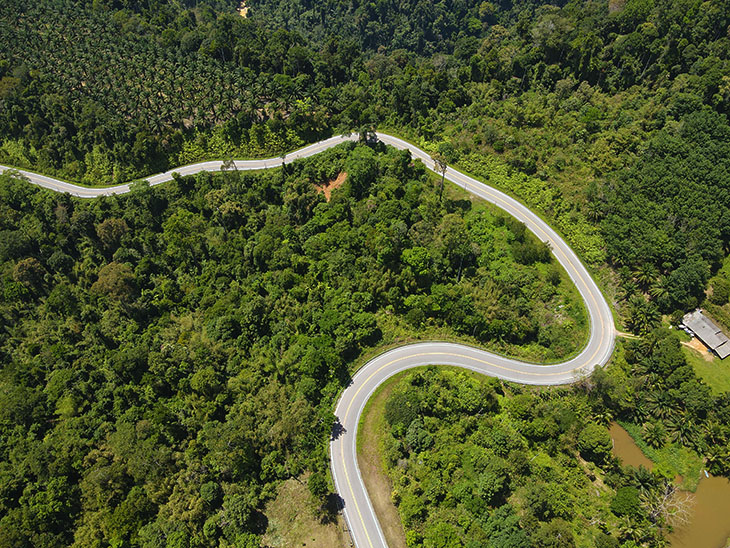 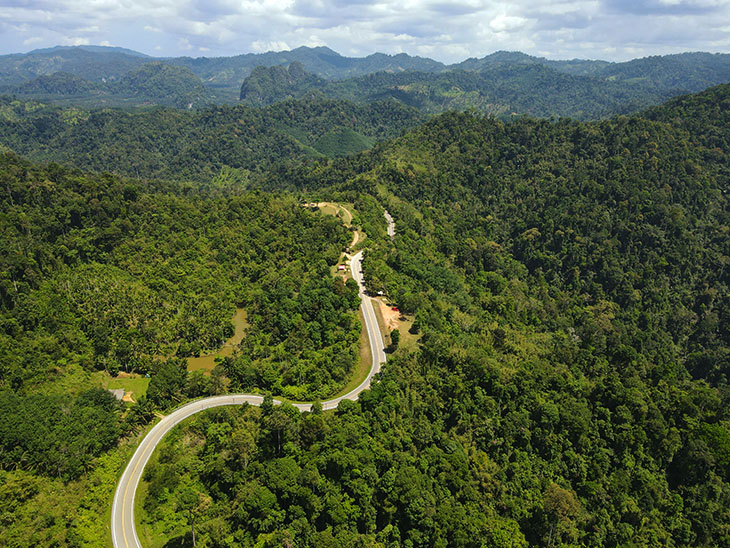