…But How Long Will It Last?

I think it was early 2016 when I first visited this place. Despite the fact the government had said it was turning it into a major tourist attraction, it was almost impossible to find. It didn’t show on Google Maps, and there were no signs. In the end, a kind local lady in a pickup truck suggested I follow her.

Now, it looks like it’s a major tourist attraction without the tourists. Yes, Covid again.

The first time I couldn’t park anywhere near because the road was still under construction, and actually reaching Hin Pad, or Fan Rock in English, involved scrabbling along a hilly dirt path. Now, there’s roads, walkways, and viewing platforms.

In normal non-Covid times you’re not allowed to dive up the hill. You’re supposed to park at the bottom and pay to be driven up in a 4×4 truck. But, the whole place was deserted except for one poor lady who was trying to run a restaurant without customers.

So, I and a friend ignored the barriers and drove carefully up the steep and slippery road. Despite being a hard concrete surface, it’s covered with cement and other dust making it quite hazardous … especially on the decent. That reminded me how much I hate anti-lock brakes, but I keep forgetting to pull the fuse to disable them!

But, having reached there, I couldn’t help wondering how long it will be before the rock breaks apart and tumbles down the mountain. Compare 2016 with 2021 photos… 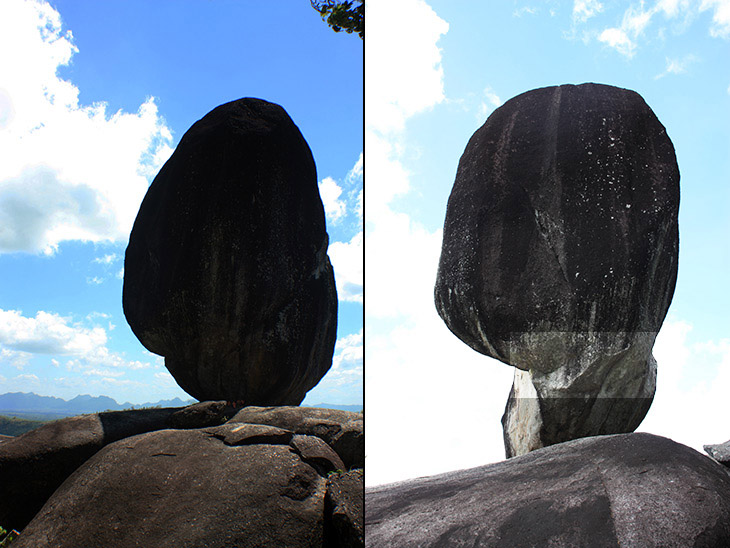 Yes, a giant chunk has fallen off one side and disappeared. One could argue it’s no longer fan-shaped.

In the aerial shot (highlighted on the right, above) you can see a huge crack running diagonally through the rock. And in this one you can see a vertical crack in the upper half… 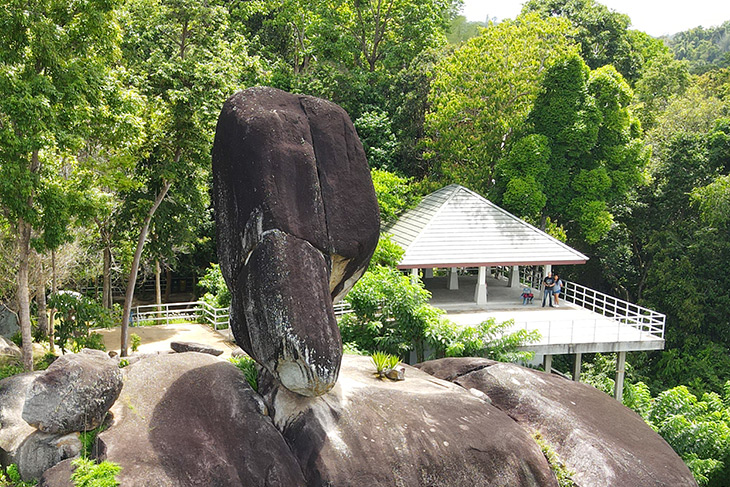 The nicely constructed viewing area is also visible. Anyhoo, enjoy the view before it falls down… 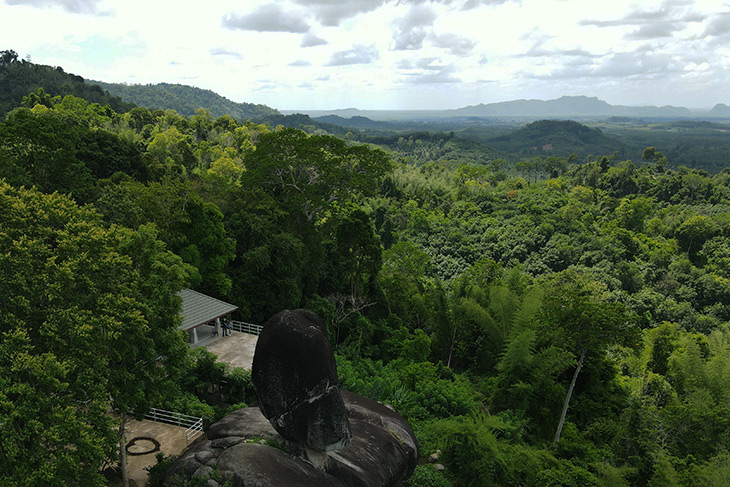 Nearby is something called Phra That Hin Nil Pao. And if you’re wondering what that is, well, the sign says it best… 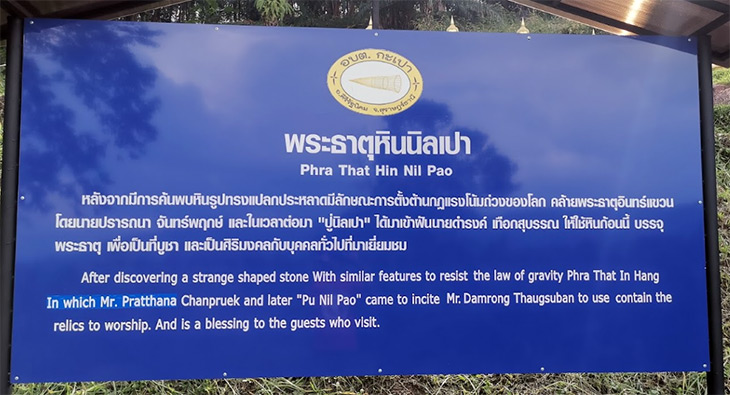 Or perhaps not! Well, it’s a gold rock with some statues, so now you know… 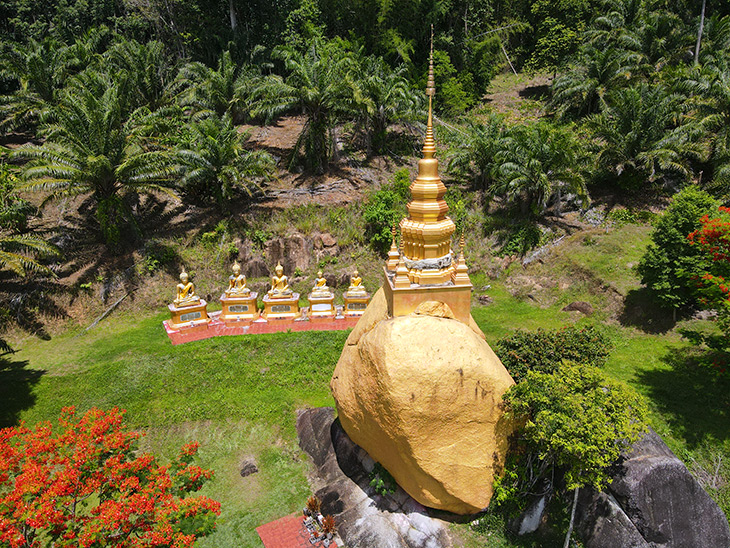