This one is on a hill, not very far from Wat Boek. And when I say “hill” I mean HILL… 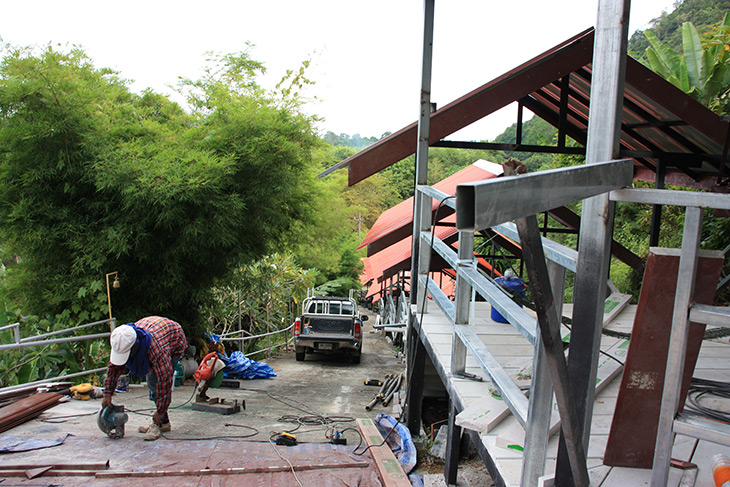 It’ll be nice when they’ve finished the covered steps. It was hot. And tiring.

But there were even more steps above the main building which lead to a small cave (the “Tham” part of the name.) From looking at Google Maps, I decided it wasn’t worth the trek. Maxie went up to take a look around, but could only see treetops.

Anyhoo, what’s unusual about the place is that it’s built of shiny red bricks. Quite attractive, but it needed some sunshine, and the day was rather gloomy. 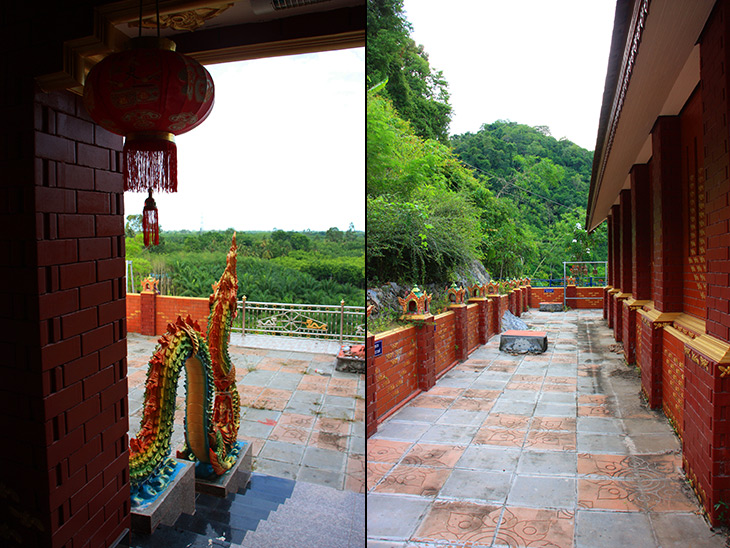 The interior is also nice with the dark red & gold combination… 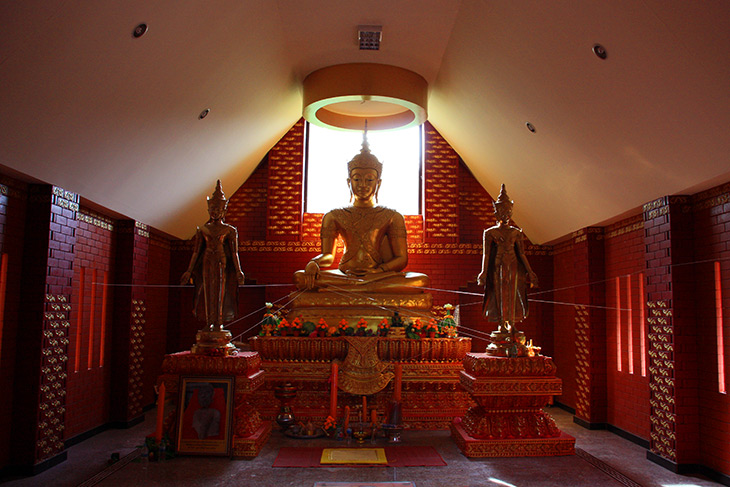 This guy sits alongside… 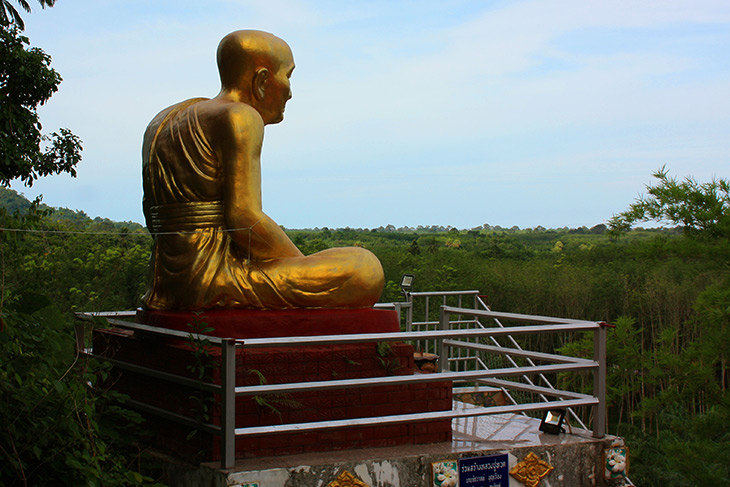 …staring out over the trees towards Sichon. Like me, he probably would have appreciated a clearer day. I could go back on a sunny day, but I probably won’t.

Been there, done that, written the article. Time to move on to somewhere more interesting.