Tak to home is roughly 1150kms or fourteen hours of driving. I prefer not to drive that far in one day unless there’s somewhere I really need to be and I have a deadline. So I chopped the journey almost in half and spent the night in the seaside town of Cha-Am. That’s just north of Hua Hin, where I stayed at the end of Day 1.

I figured Day 13 would be an easy drive. I instructed Ms. Chuckles to go around, rather than through Bangkok. I had a chuckle of my own as I looked at the 100kms of jams on the opposite carriageway. It seemed like half of Bangkok was going north.

And then I realized I’d reached the elevated highway, which meant I was in Bangkok. How the bleep did that happen? It seems Ms. Chuckles had overruled me yet again and decided the highway through the city would be the shorter route distance-wise. She was right. But it sure isn’t shorter time-wise.

I was right in thinking only half of Bangkok was going north, because the other half was going southwest, the same direction as me.

For what seemed like two hours, but in reality was probably only one hour fifty-nine minutes, it was first gear, second gear, stop a while, repeat. I reached Cha-Am late and grumpy. The place was overflowing with tourists and I struggled to park near my hotel. All of which could have contributed to the fact I really didn’t like the place.

I felt it was overcrowded and unfriendly, with too many deck chairs for the amount of sand available, and too many people for the deck chairs… 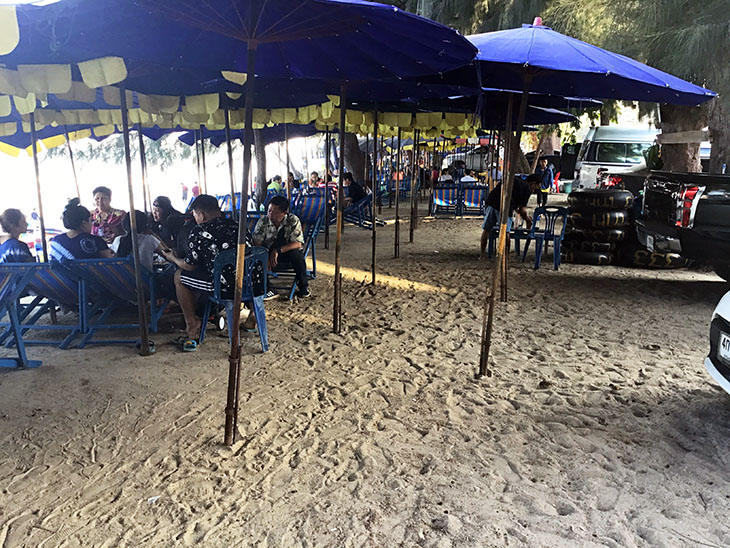 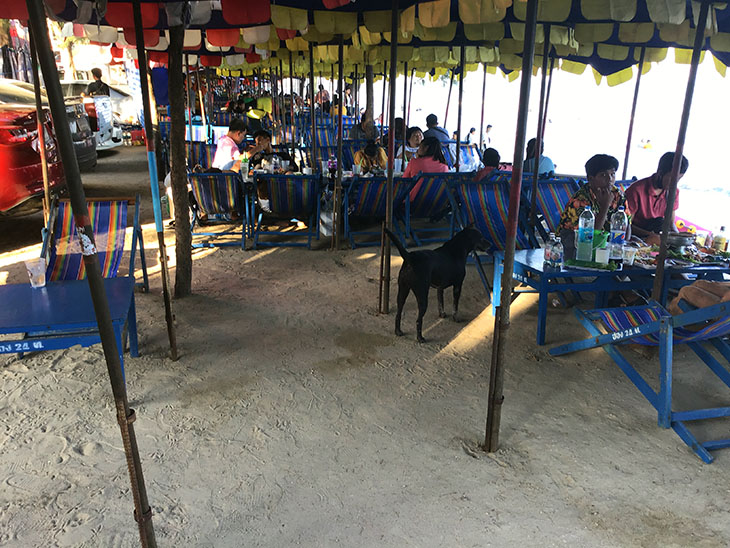 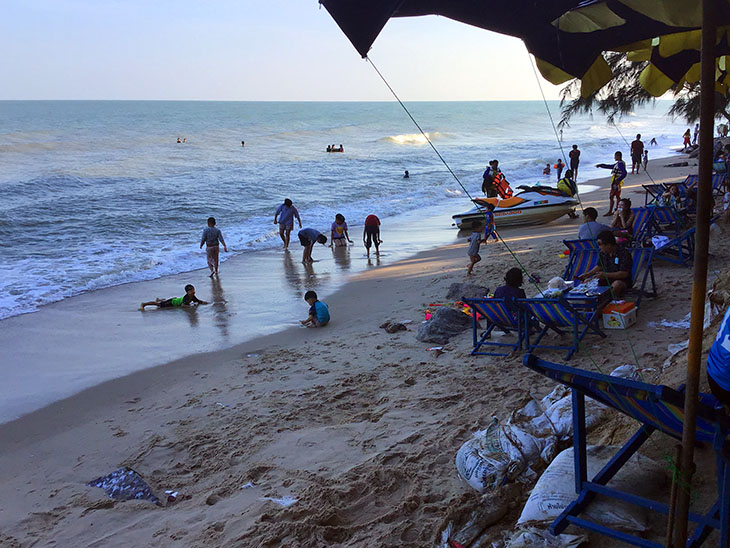 Ah well. I only needed to eat, sleep and hit the road. So I did. With some Changs thrown in for good measure.

Day 14’s drive was much nicer. Busy in places, but nothing like the road out of Bangkok. A stop was made in Surat Thani for grocery shopping and I arrived home late afternoon. 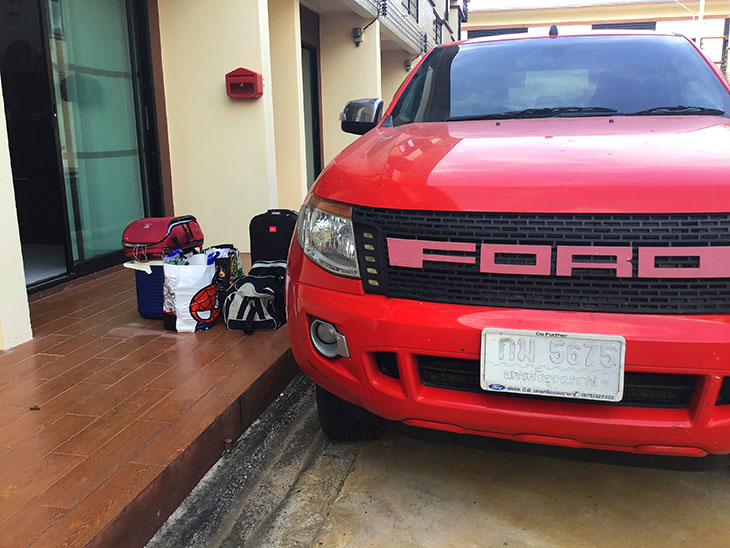 So, that was it. The last two days were not so nice, but that was by design. I decided in my trip planning that once I’d seen everything I’d planned on seeing, the best thing was just to drive, and get home asap.

The rest? Well, what can I say? “Epic” doesn’t do it justice. It was 100% successful in that I saw all the important things I wanted to see. A few “Plan B” places were cut out, but some that I just happened across were added. Aside from the cold damp nights up north the weather was spectacular the whole time. Not one drop of rain, and mostly clear air.

My timing was deliberate so that I could catch the beginning of the dry weather, and miss the start of the rice field burning season, when the air becomes choked with smoke and ash particles. In Chiang Rai for instance, the average rainfall goes from 14mms in December to a whopping 358mms in August.

Now that I’ve finished the story – although I will add some articles later about the hotels I stayed in, as they could be useful to potential tourists – I’m starting to think “What next?”

I have some shorter trips planned, by which I mean anything from two to five days, but with the Covid situation worsening at the time of writing, these are now on hold. If/when I make another long trip, it will be to northeast Thailand, better known as Isaan. Or maybe I’ll go back to the west around Kanchanaburi. Or perhaps…

Anyhoo, thanks for coming along for the ride. I’m guessing that if you reached this far, you must have enjoyed it.

NEXT: The Agoda Saga…