This temple needs about a twenty minute detour off highway 1. It’s another one where part is at the same level as the point of arrival, which in this case I’ll call “Base Camp” and another part way up in the hills at “Camp 1.”

At Base Camp there’s a new wat which doesn’t seem to be open yet, but should be worth visiting when it is, and some gardens to one side… 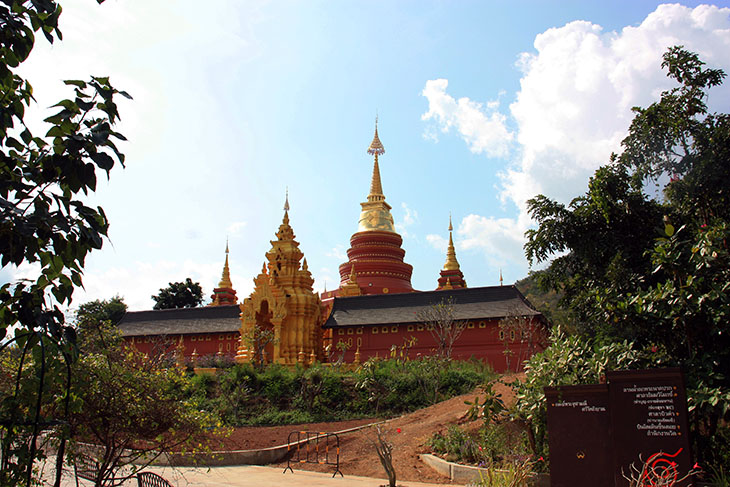 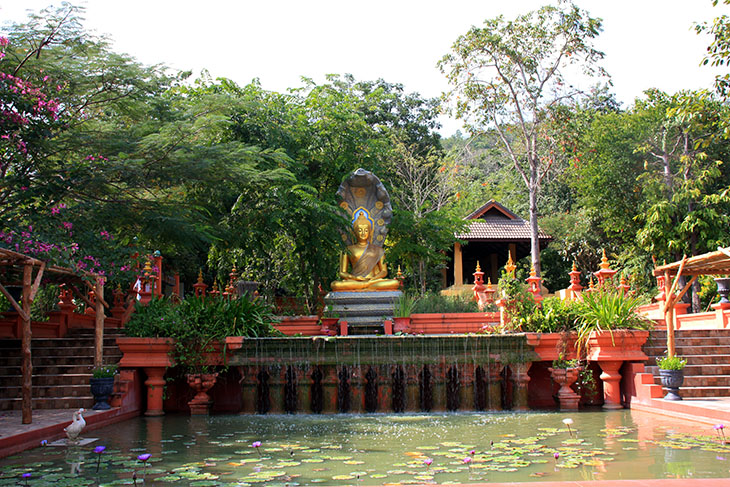 As you can see, there are some steps. They look pretty easy to climb, right? They must lead to Camp 1. 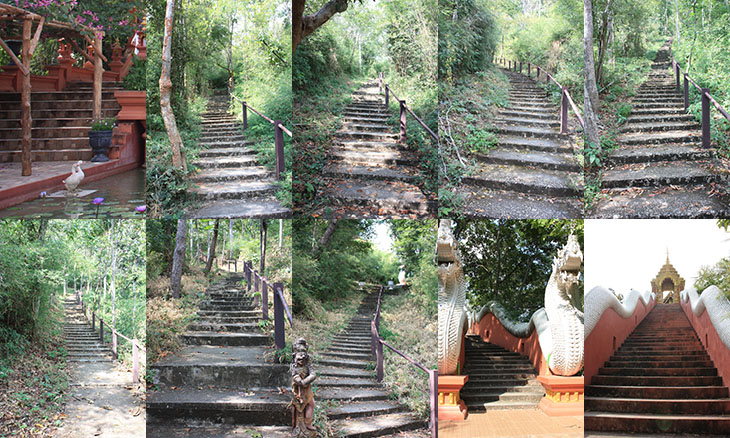 I was too breathless to count the steps on the way up, but made it a total of 677 on the way down. That’s roughly equivalent to climbing the stairs in a 38-storey building. Not something you do without good reason.

And was there a good reason? I’m glad you asked, because initially I was disappointed. The photos I’d seen on the web must have been heavily Photoshopped because what I was finally able to admire, was nothing like as vibrant as the photos. Once I’d accepted this, and brought my heart rate down to something approaching normal, yes, the place and the views were pretty spectacular. 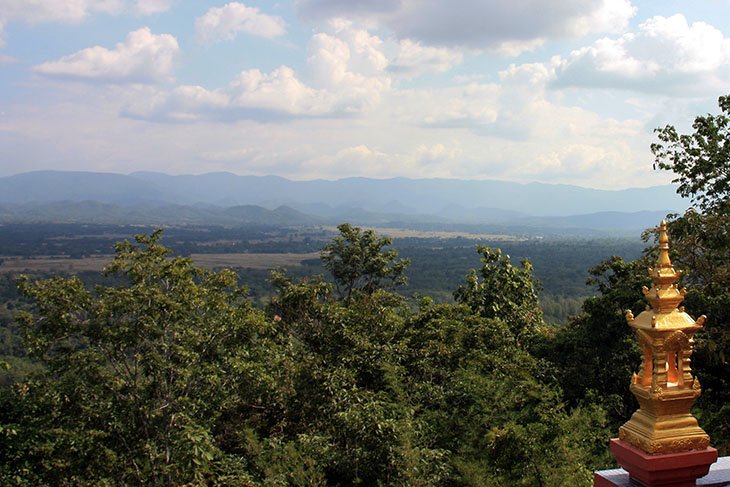 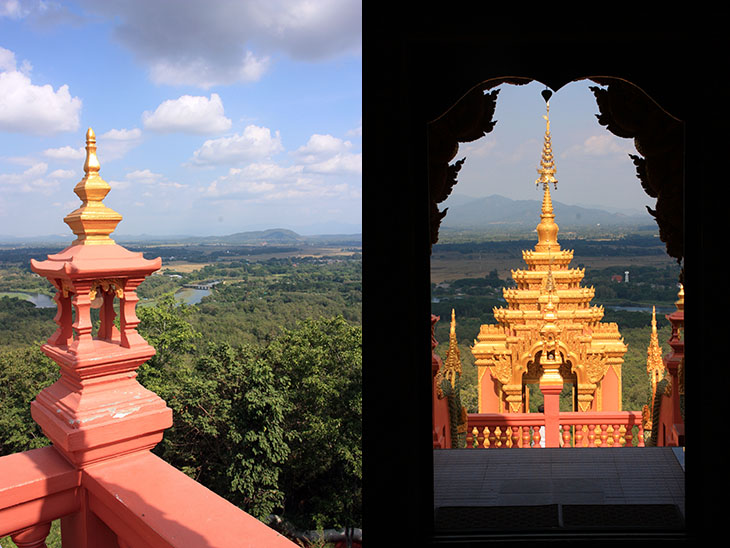 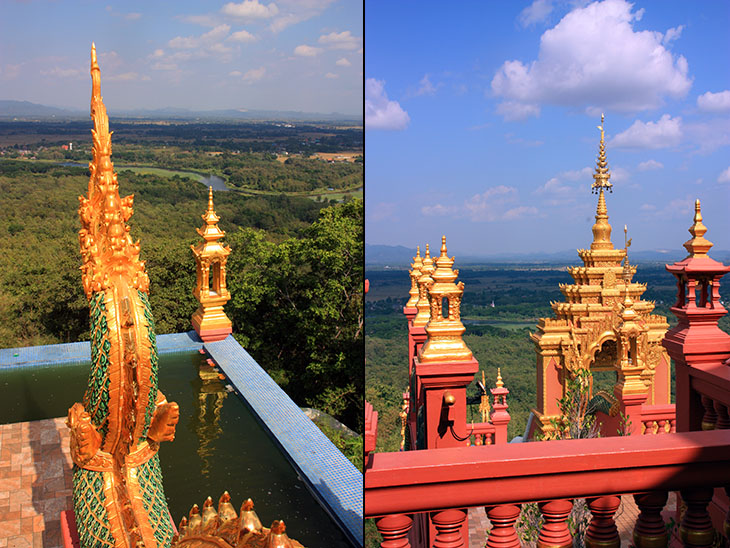 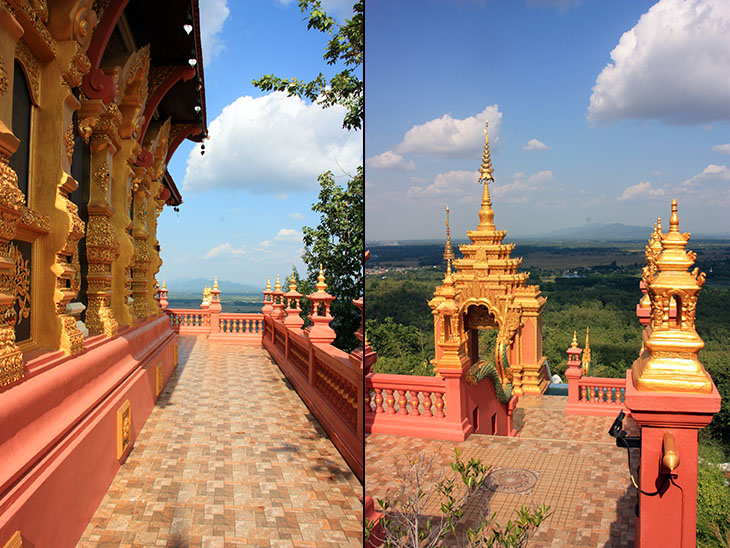 This is the interior of the building at Camp 1… 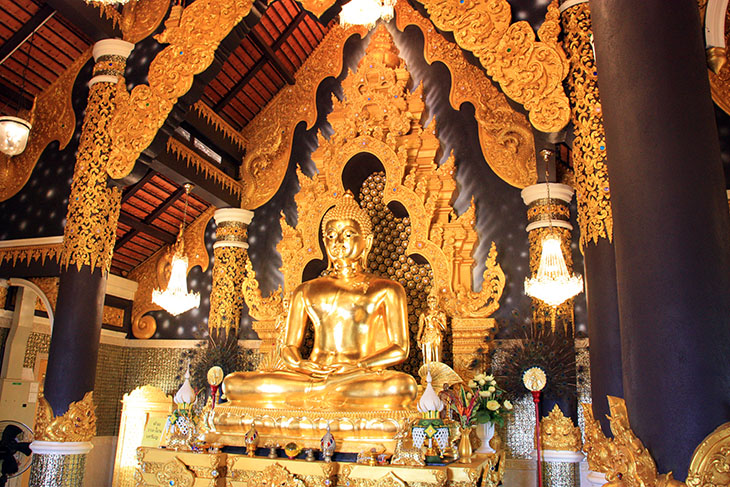 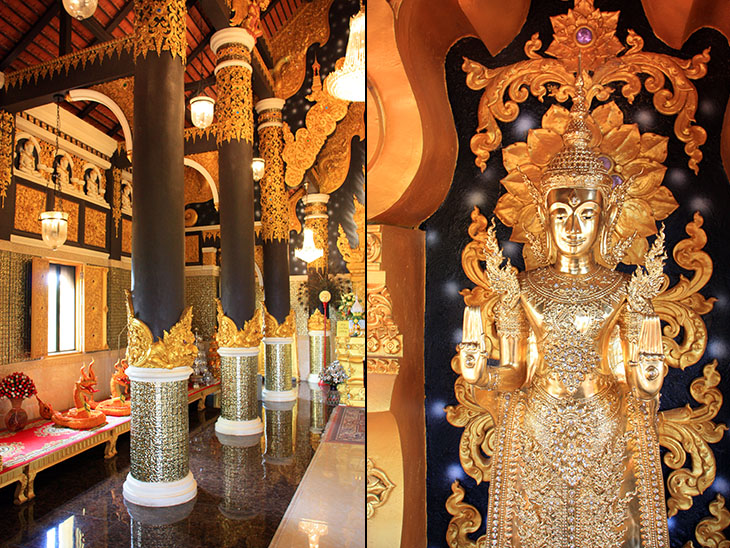 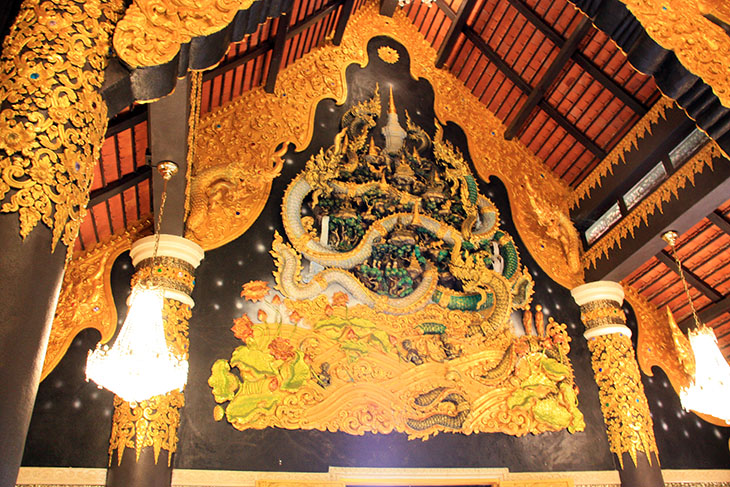 And after inspecting that, I did as I usually do, and wandered around the area to discover what else was worth seeing. I found the parking lot… 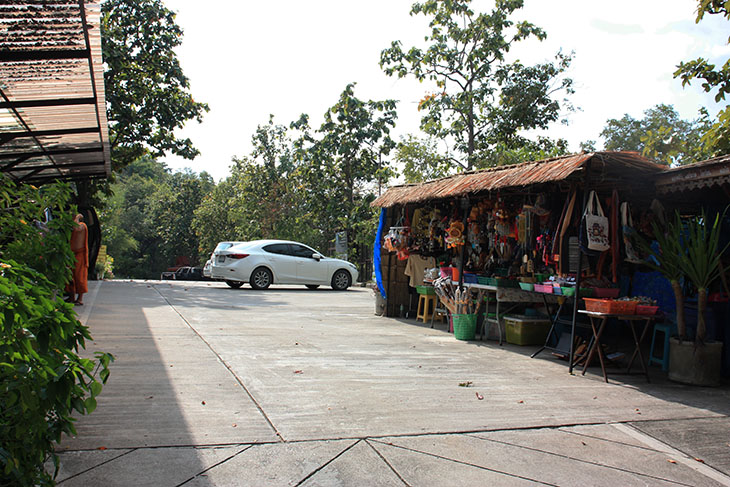 Isn’t that a wonderful sight? I could have driven up to Camp 1. Oh, stop laughing. It’s not funny. I shall rate that as the “WTF Moment” of the whole trip.

But anyways, there were other things to look at… 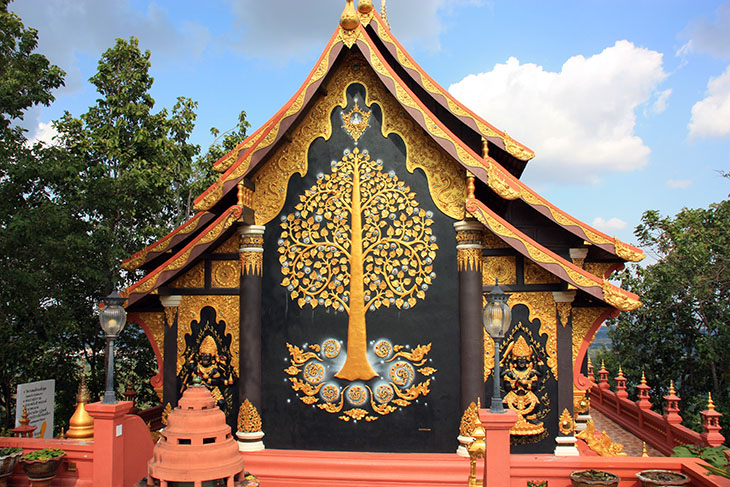 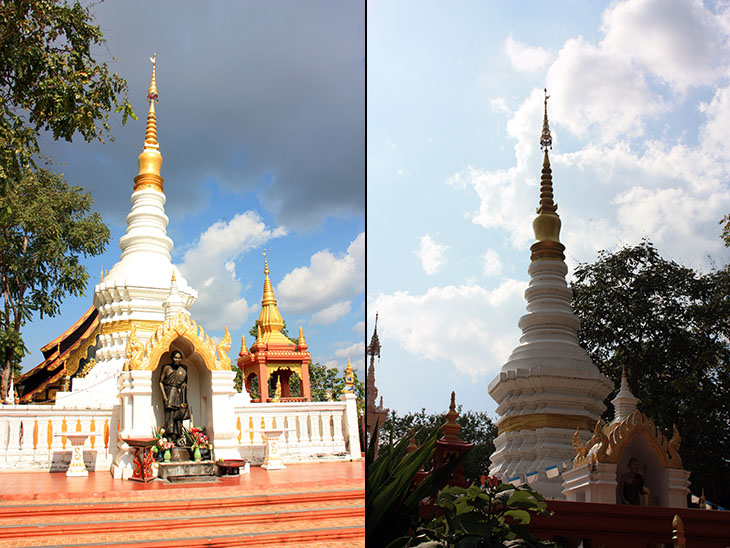 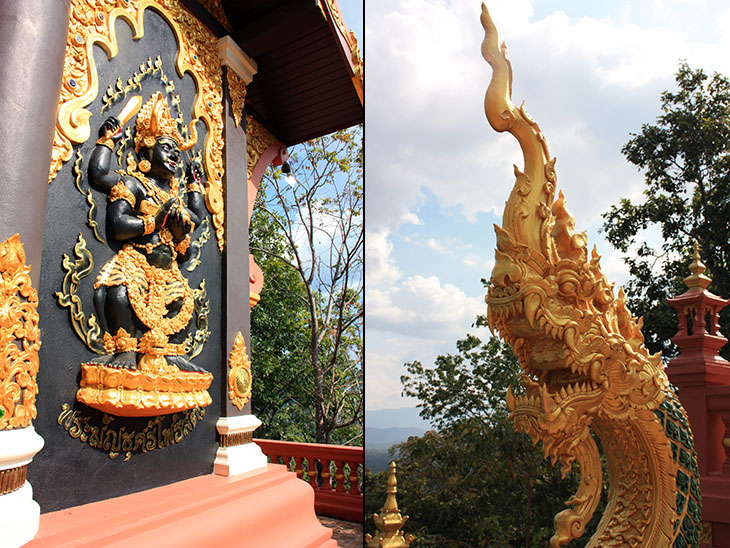 After which, it was time to make the trek back down to Base Camp, followed by the drive south to Tak. It was still a couple of hours away, allowing for one comfort break plus the obligatory afternoon cake and coffee at an Amazon Café.