Ang Thong was my destination for Day 2, about four and a half hours of driving from my starting point in Hua Hin, and about two hours north of the circuit. Before venturing into town to find my hotel, I stayed a few kilometers to the west to visit Wat Muang, home of the largest Buddha statue in Thailand.

Well, that was my plan, but Ms. Chuckles had other ideas. She decided I should see every single-lane gravel road in the province before announcing with great fanfare “You have arrived at your destination.” Yeah, about an hour later than planned.

One day I’m going to put paid to her fun and games … by using Google Maps. That’ll teach her a lesson.

This was my first view of said statue… 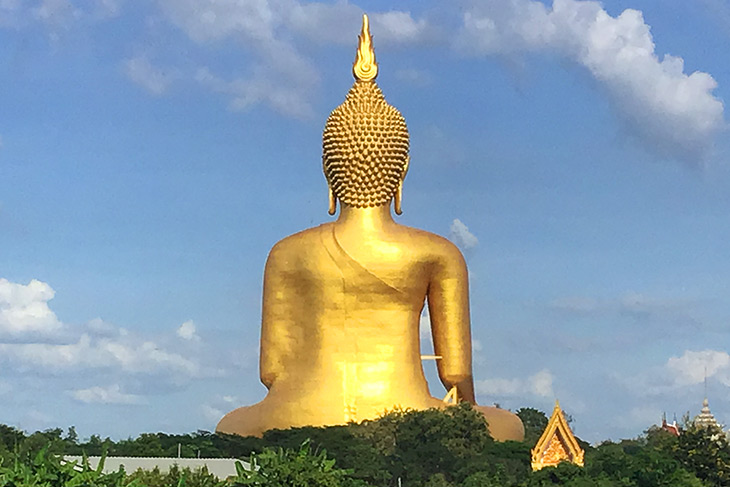 And that’s probably about as close as I got. The place was swarming with tourists who were lining up to pay money to go through one building to get to another, and then finally be able to climb umpteen steps to stand in front of the statue. This aerial photo will demonstrate it best. I was standing somewhere to the extreme right… 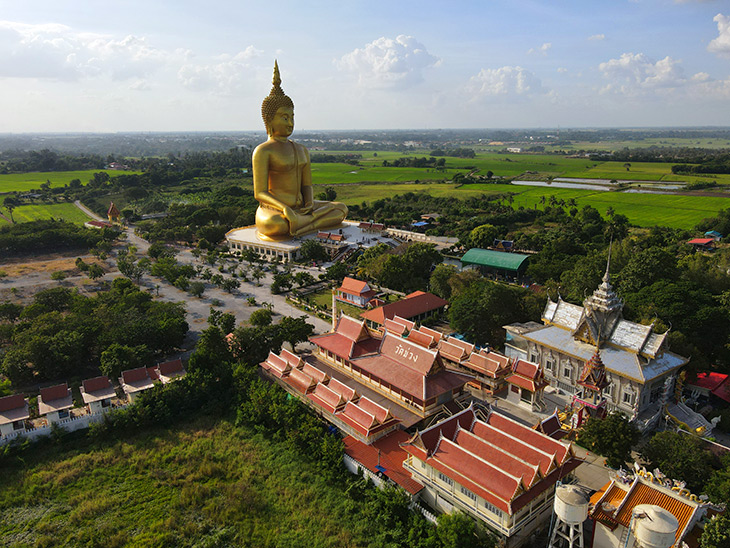 So, I took a photo from the parking area, and then looked at one of the buildings enclosed in a concrete replica of a lotus plant… 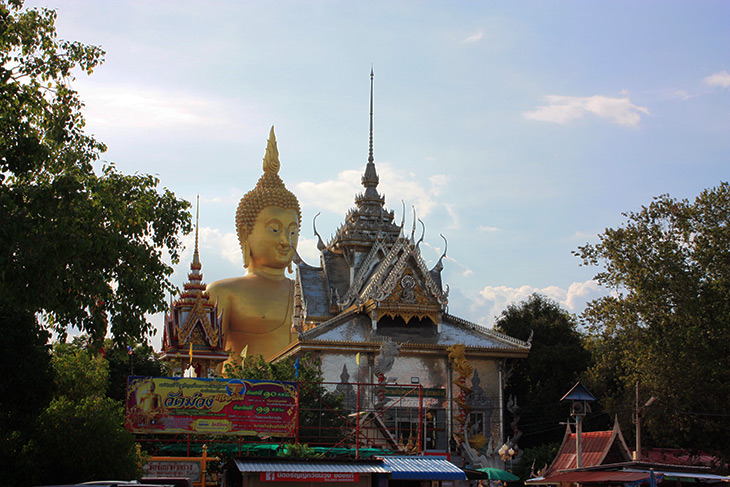 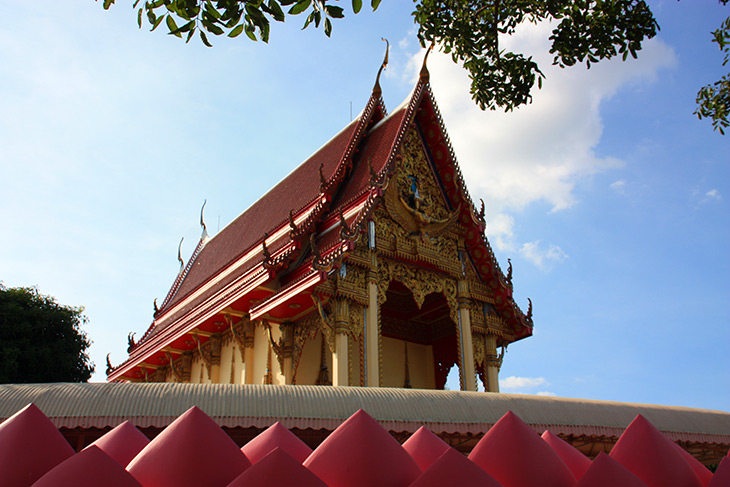 I should be a little more enthusiastic about the above picture. It’s reconned to be the largest ordination hall surrounded by lotus petals in the world. Color me suitably impressed.

More impressive I think is the fact the Buddha statue is 92 meters tall. How ever do they build these things? I mean, an office tower or a humble home, I can visualize. Everything is mostly symmetrical. But a Buddha. Oh well, maybe one day I’ll find one under construction.

After which, Maxie took some more pics… 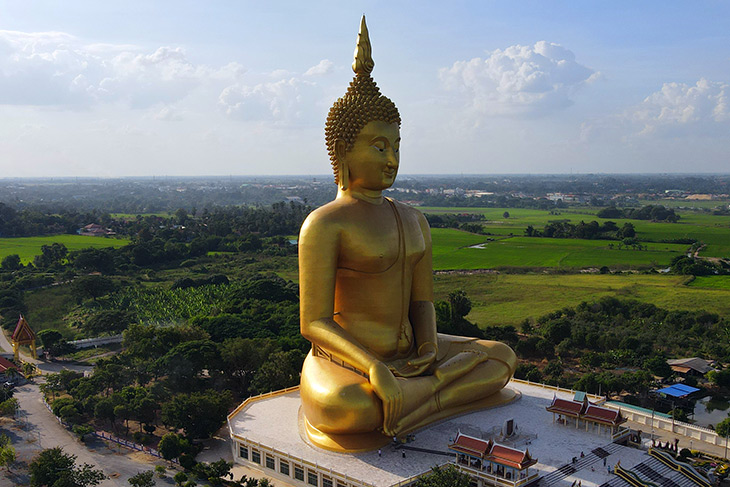 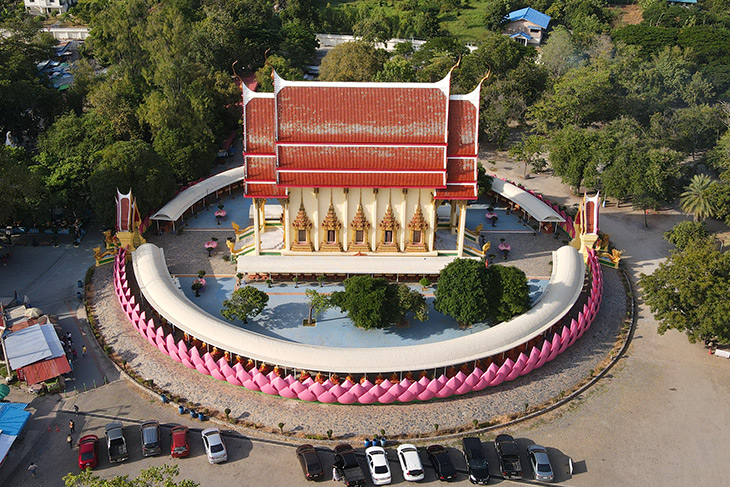 Then it was time to find the hotel, get cleaned up, and prepare myself for well – you know – Beer O’Clock.