Well, it’s always nice to throw a spot of motorsport into a trip. The Nakhonchaisri Circuit is only about 20 mins north of Wat Sam Phran, and north was the way I was headed.

I had no idea how close I could get to the circuit, and fully expected a security guard to deny me entry. But that’s where Maxie comes in. I figured from a road near the circuit I could at least get some aerial shots.

But it was a case of “What security guard?” and “What security?” I just drove in. Nosed around the outer areas of the circuit and around the pits. If I’d been in the mood, I could have driven straight onto the circuit even though there was a superbikes practice session in progress. I guess they don’t get too many nosey farangs in those parts and assume they don’t need security when they’re in the middle of nowhere.

It looks like a nice club-level circuit, although, I’d be a bit wary of going off into the lake. It’s probably not deep. 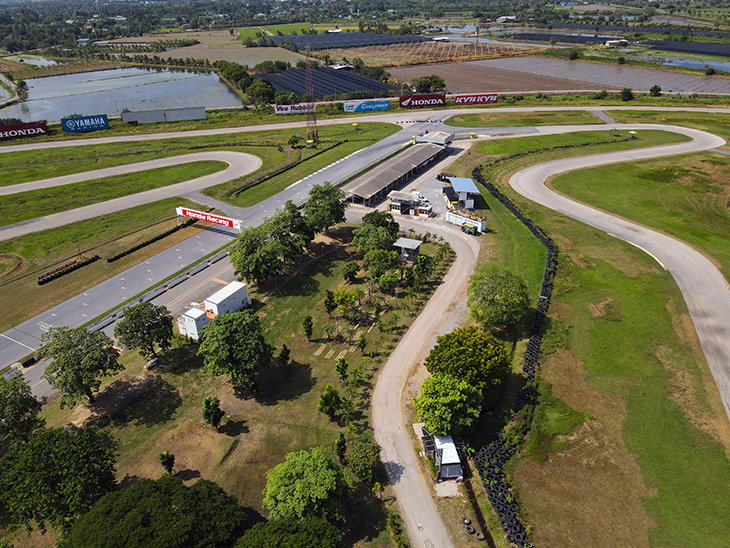 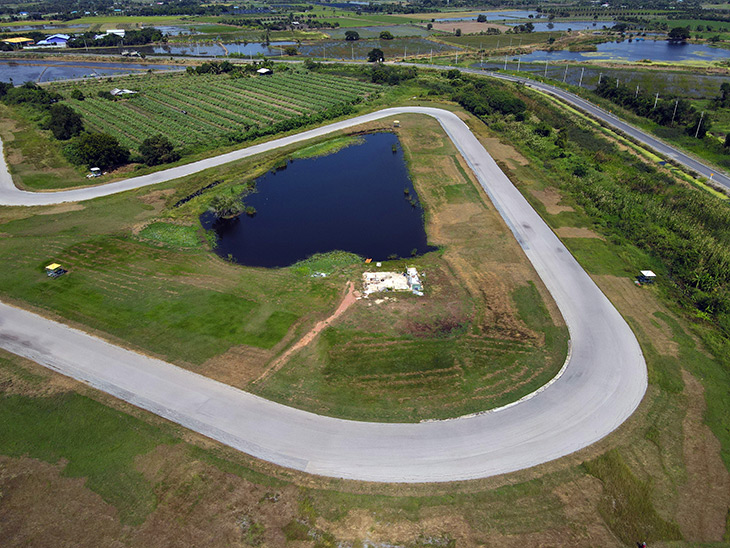 It was a fun thirty minute diversion from wats and beaches.