…A Morning For Plan B.

It’s about five weeks since I visited Wat Phu Kao Lak, and ever since, I’ve been trying to make an aerial video of the place. But such things require several gods to align their ouija boards, and that doesn’t happen very often.

First; the god of drone batteries decided to cause two to fail in quick succession. That wasn’t a very nice thing to do, given that they were both quite new, that they’re not easy to import from China, and that they cost about US$100 a pop. But, orders were placed – yes, plural, bulk shipments of LiPo batteries are usually not allowed – and the god of the shipping company and the god of the Customs Dept., saw to it that two batteries in two shipments arrived in about ten days. Impressive service.

Seeing that I might actually be able to get flying again, this sent the various weather gods – especially the clouds, wind and rain – into a frenzy, and they conjured up a nice mixture of non-flying conditions. Until yesterday.

The forecast was for more rubbish weather, but at 7am there wasn’t a cloud in the sky. So, Mimi (my Xiaomi Mi 4K Drone) was packed and Ms. Chuckles instructed to direct us to the Wat.

I’m not sure why I bother with her really. I don’t think I would get lost. Plus, on this particular trip she seemed to ignore the smaller roads. But I didn’t. And this resulted in about five minutes of “Make a u-turn if possible” every five seconds, until it dawned on her that I really did want to take the shorter and faster route. Even she had to admit I was right, as she reluctantly lopped an hour off the expected arrival time.

Well, that was Plan A. And Plans A don’t always work out as … well … planned.

The cloud god must have forgotten to set his alarm clock, and waking late he too checked the forecast, which meant the cloudminions were instructed to fluff-up some large ones pronto. I must admit, they’re pretty efficient, and by the time I’d arrived at my destination there was just about 100% cloud cover.

Hence the Plan B.

First – practice. Making drone videos you rarely get the shot you want at the first try. So, I experimented with a few things that hopefully will result in some better shots once the cloud god runs out of cloud filler. The forecast says that may be sooner rather than later. Fingers are crossed.

And then, on the way home, I stopped off at a few interesting places on the narrower road from Nopitham that Ms. Chuckles had wanted me to avoid.

But first up, I should mention the scenery. There’s no shortage of it in this part of Thailand… 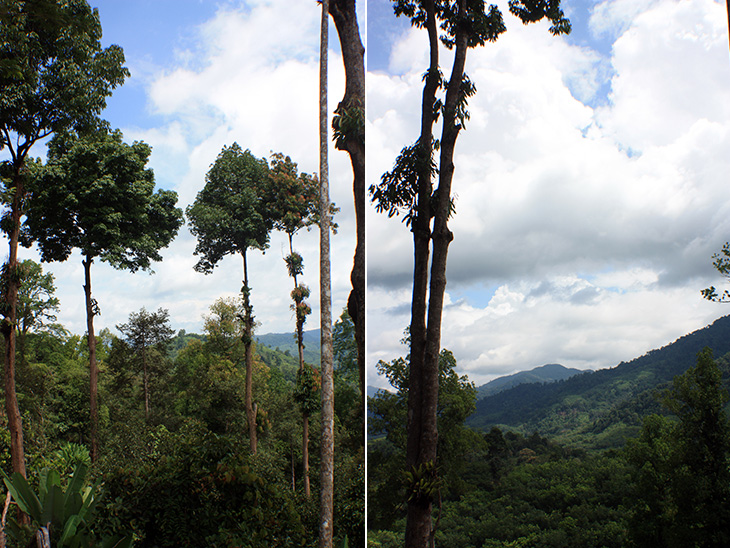 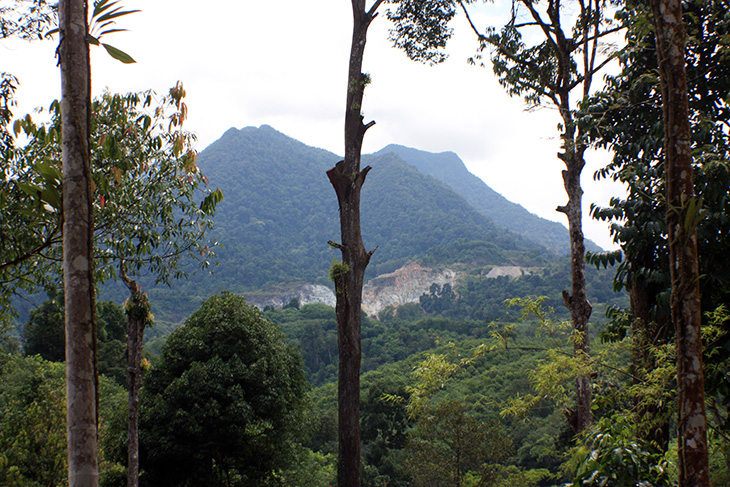 Then there’s the Klai river, which is amply fed with runoff from the mountains in the rainy season… 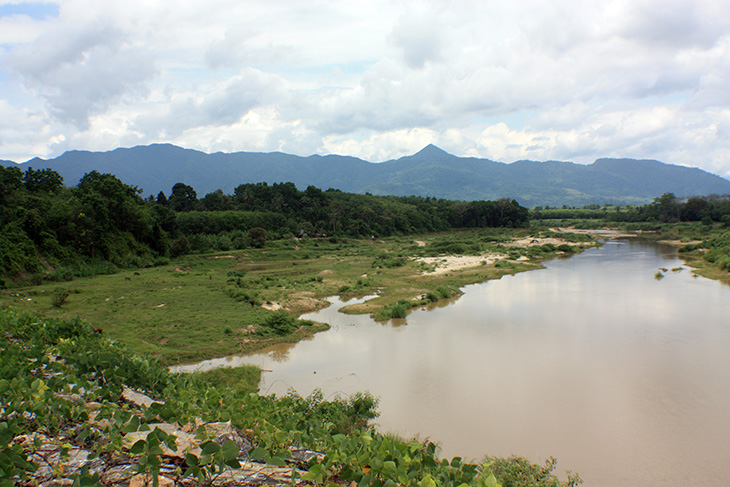 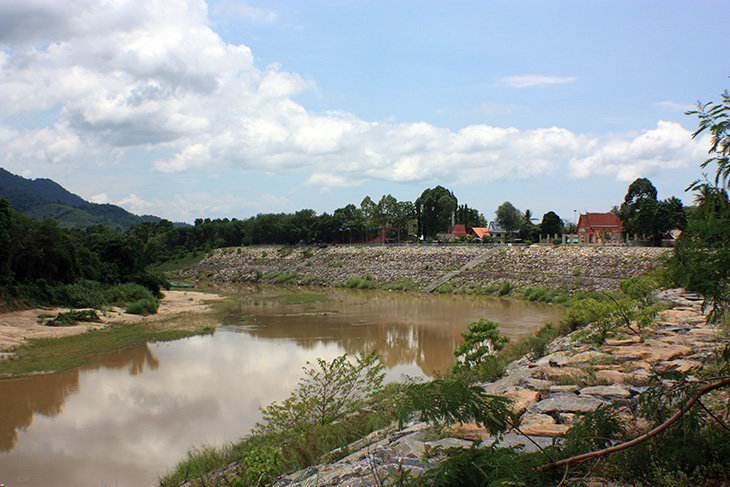 It doesn’t seem possible right now, but I’m told the river completely fills, and even overflows. That I have to see. But what about wats?…

This rather fancy gate and driveway to what I think is called Wat Nern Moo 3, are a bit of unnecessary trimming for what is really not much more than a few tin shacks. Photographs were not taken. 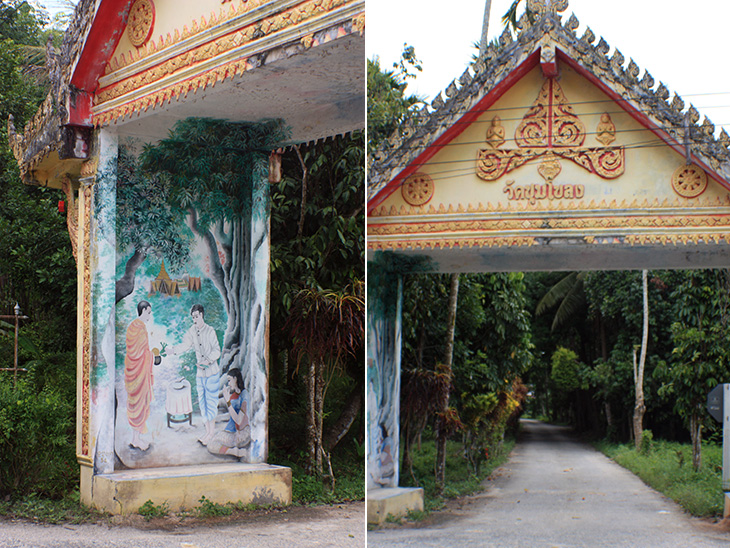 So, I moved on to Wat Na Khun, which looks like it’s still under construction, but with some interesting features… 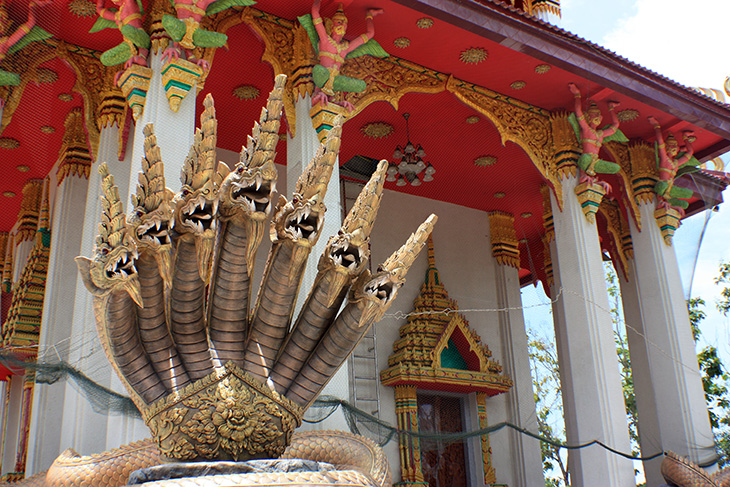 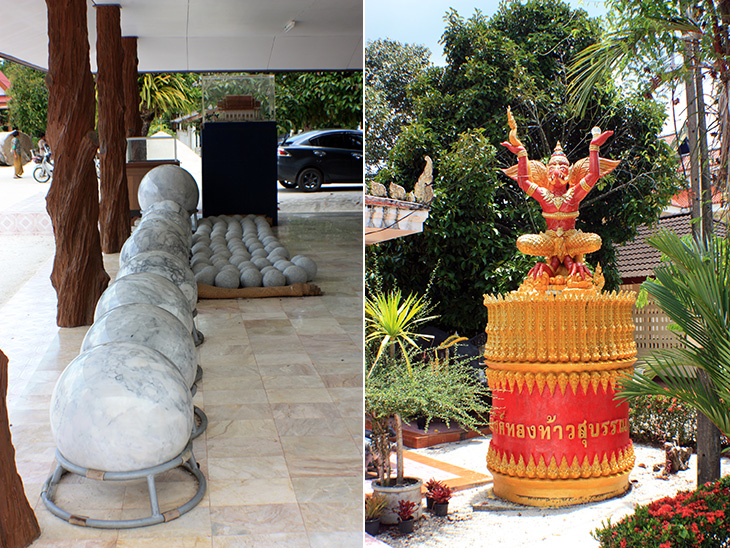 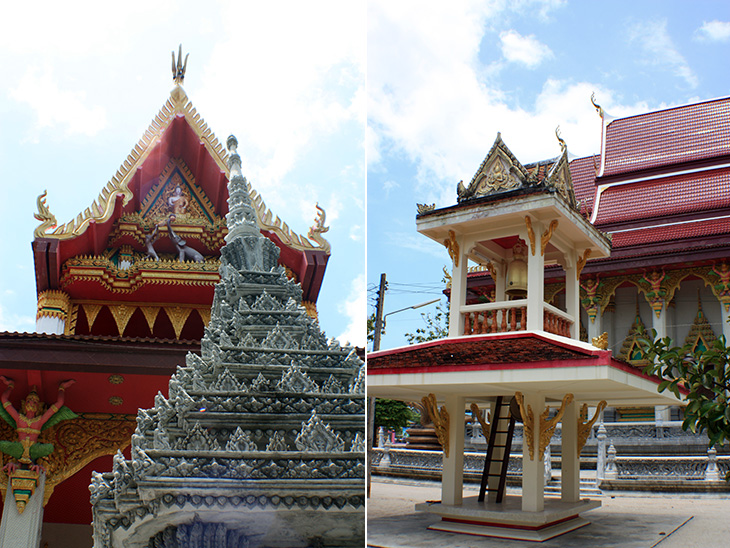 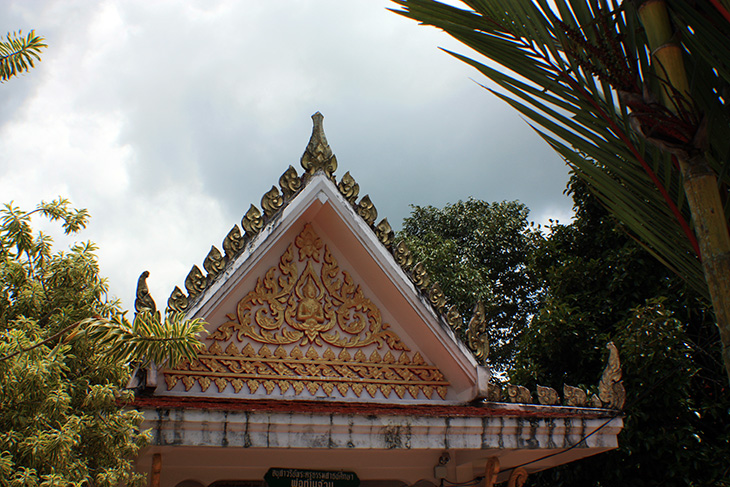 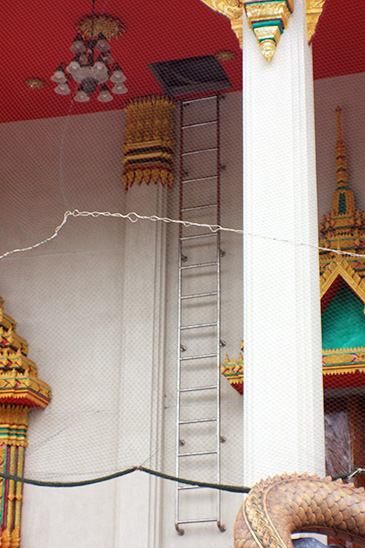 I’m not sure, but I may have found the stairway to heaven…

Moving right along, but before reaching the end of Ms. Chuckles least favorite road, I came to Wat Sa Kaeo… 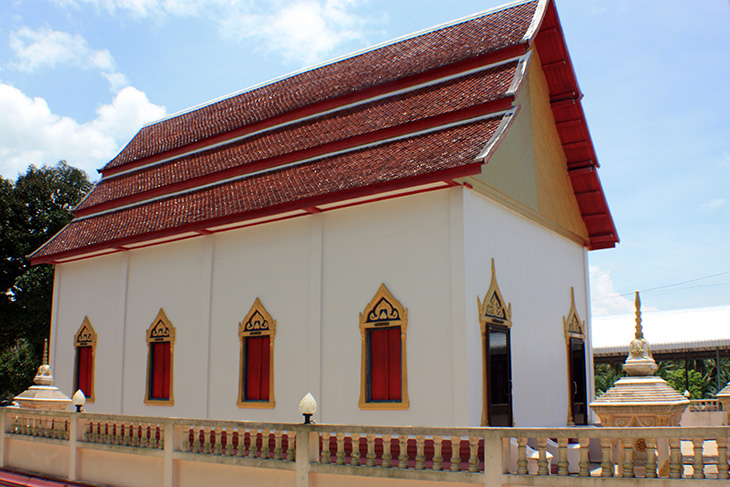 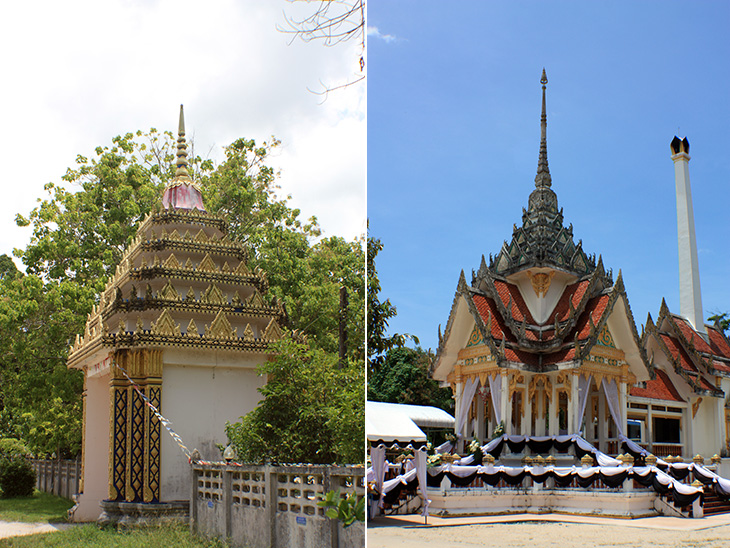 A very plain and simple assembly hall but a rather more elaborate crematorium. In fact, I timed it badly as a funeral was about to take place. Despite being invited to stay and have drinks and food with the funeral party – something that with a western mind seemed wholly inappropriate, but in Thai culture would have been fully appropriate – I managed to walk quietly and quickly backwards through the entrance gate and disappeared just as the cortège was arriving.

That aside, it wasn’t a bad morning – for a Plan B.