What a strange place. I found it quite by accident while nosing around on Google Maps – looking for other places to visit on the way to the Surat Thani Kite Festival. 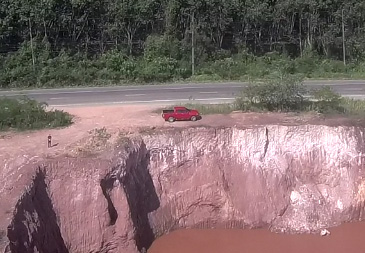 It’s on a road I’ve travelled a few times before, and had no idea there was anything worth looking at. No signs. Nothing. Just an entry on Google Maps that says “Chaiya Grand Canyon.”

And when you do get there, the entrance is just the same as dozens of other red laterite roads I’d driven past, except when you turn into this one, you need to STOP. Immediately.

And when you do, this is what you see… 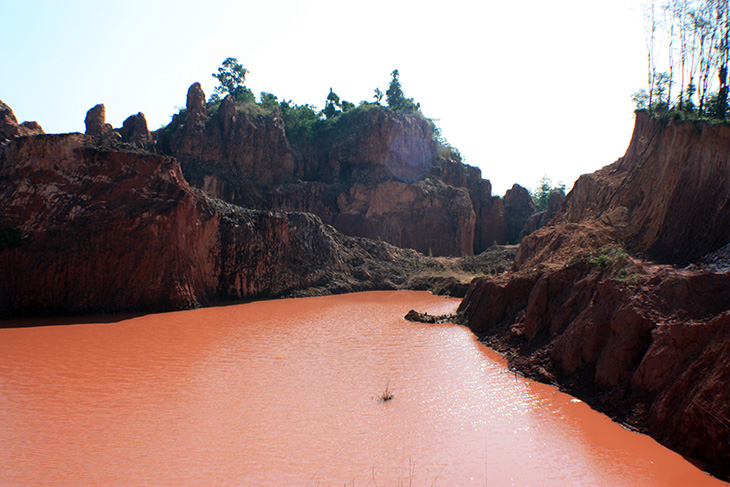 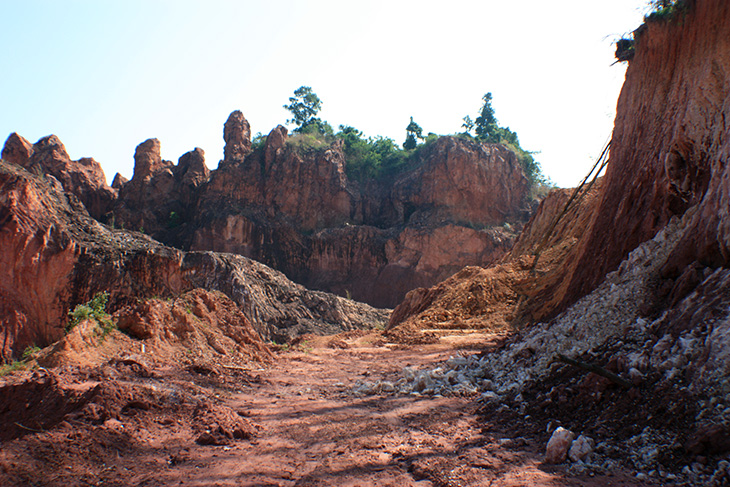 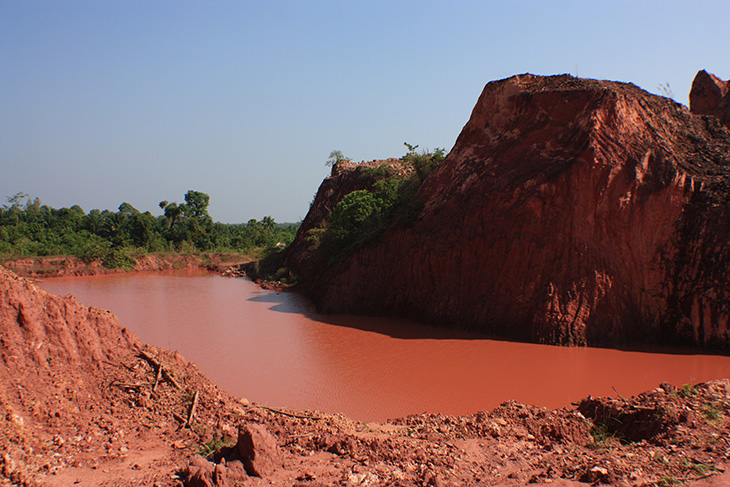 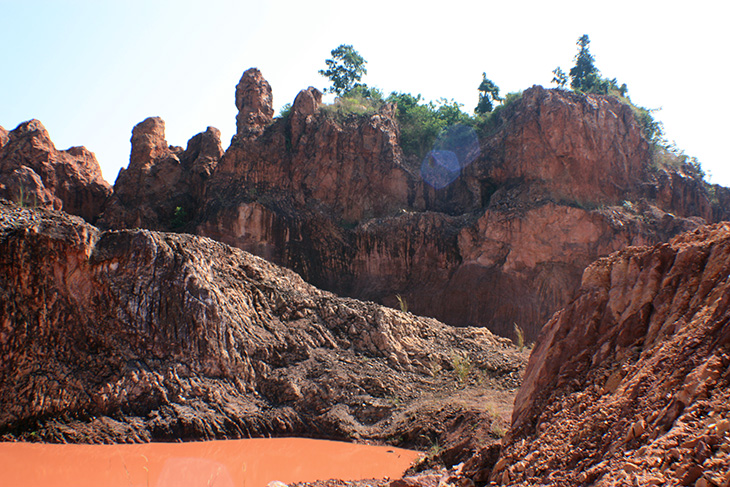 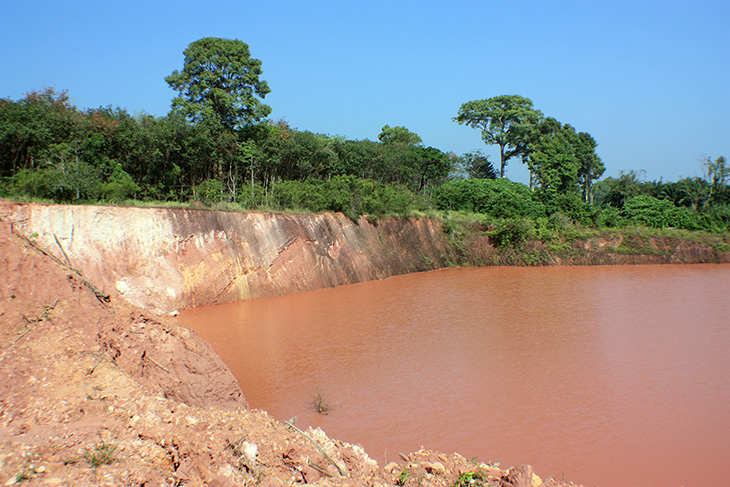 I couldn’t tell how much is natural rock formation and how much is not. For sure the pool of red water was formed by some mining operation. Bauxite probably. In fact, judging from the parade of trucks…

Hmm, “parade” doesn’t sound like a very good classifier for trucks. What about “trundle”? That’s better…

Judging from the trundle of trucks coming out of a road opposite, I’d say mining is ongoing. But it’s possible the raised rocks are some natural formation. 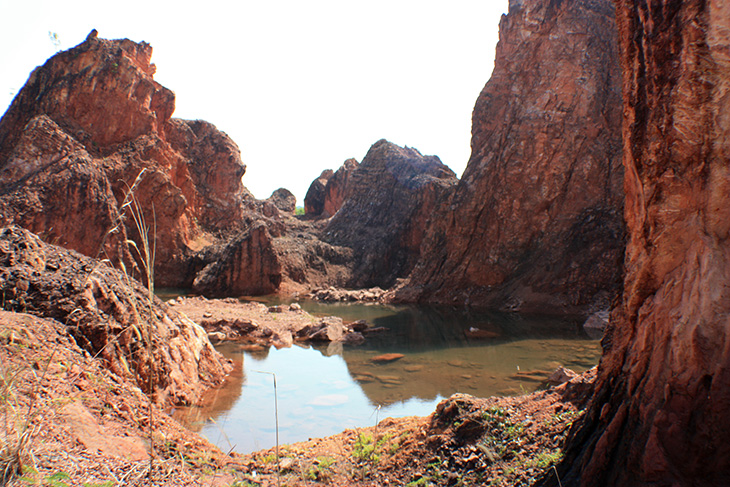 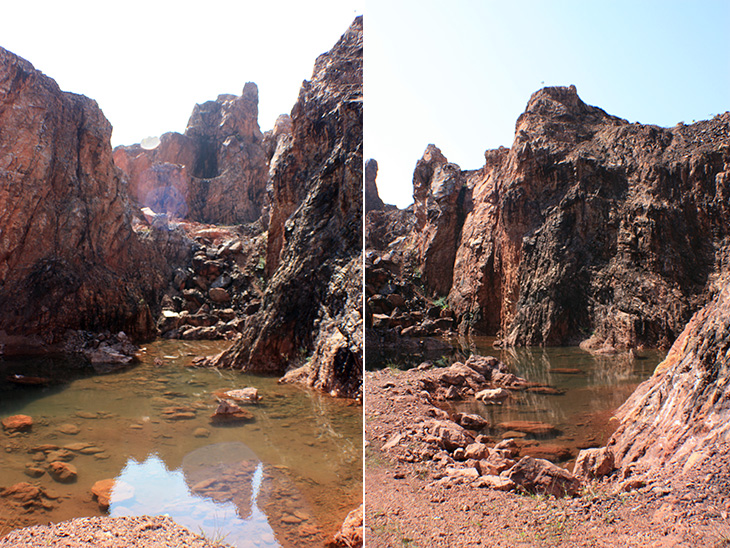 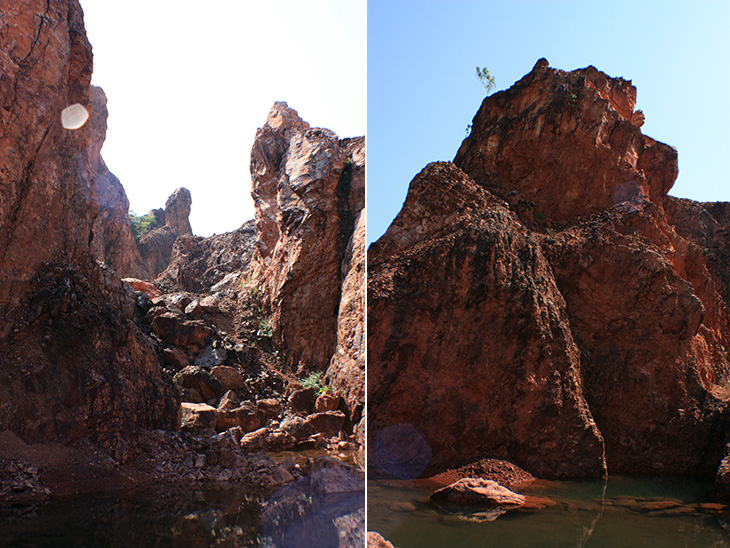 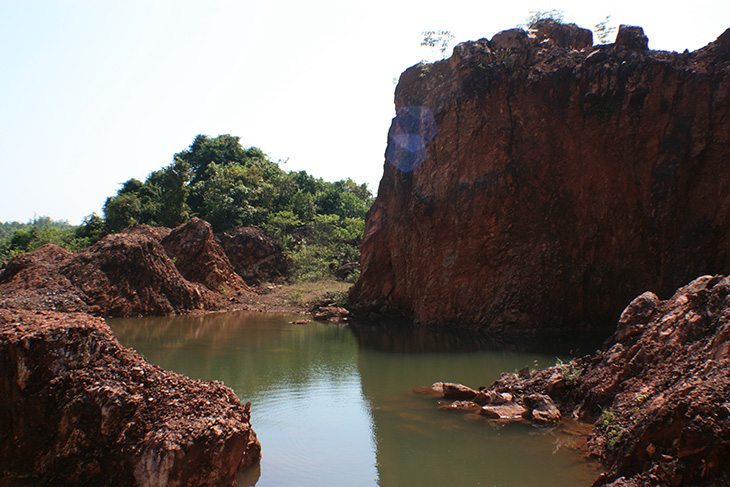 Anyhoo, it’s worth a look. And yes, Mimi (my Xaiomi Mi drone) was sent into the air to get a better look, but with the low-ish sun in the background she didn’t get particularly good video.

Well, we’ll have to live with that, because I’m not planing a second visit. Once was enough. And no t-shirt.