…A Little Gem, Or A Tourist Trap?

I’ve been meaning for some time to make another trip to “the other side” as I call the west coast provinces, but a few things have kept me close to home. The weather has been one. It’s a long way to go just to look at the rain, as I discovered the last time I went to Phang-Nga. But things now seem to be fairly stable, with good weather most days of the week.

Anyways, yesterday was the day.

My sub-conscious brain woke me at 5am.

What the…!?! Way too early. But it wasn’t going to take “no” for an answer, and then the bladder joined-in the pre-dawn chorus, so there was no choice. Get up and get the day started.

Actually I had the last laugh as I ate a leisurely breakfast of hot roti paratha with banana and far too much maple syrup. Ha. Bazinga…

…but still managed to be on the road just before 7am.

Shaddap. Your watch is fast.

No matter. I achieved my objective of arriving by 9:30am, some 220kms from home, at the small jetty in a place I think is called Ban Ta Dan. It’s hard to know, as there isn’t much more than the jetty and a few restaurants.

Why? Well, I’d decided my first port of call would be the small island of Ko Panyee (or Panyi.) Apparently the community there was established in the 18th century by a small group of Indonesian fishermen and has grown now to about 360 families. What’s unique about the place is that there really isn’t any flat land on the island – it’s just a large lump of rock – and so most of the buildings sit on stilts built out into the sea.

And it needs about a forty minute boat ride to get there.

Given that you can go from the jetty to lots of other places, I wasn’t sure how I was going to negotiate the right trip at the right price. But that task was made easier by a man standing in the middle of the road, flagging me down with what looked like a menu. More food? No thanks.

But the menu was a list, with photos, of places I could go, so it was real easy to point and say “only here.” He looked disappointed as he’d wanted to sell me a Grand Tour (Jeremy Clarkson not included) of the whole lot. And then of course we had to negotiate the price.

I’d read online that the typical rate was anywhere from Bt1500 to Bt2000. That seemed a bit expensive just for little ol’ me, but the rule is that you have to rent the whole boat, whether one person or ten. So when he said Bt1000 I didn’t hesitate before agreeing. That’s less than US$30 – for what turned out to be a three hour round-trip. Not bad. Maybe the first customer of the day gets a discount.

By the time I’d parked and wandered over to the jetty, boat and boatman had been found. All that was needed was gasoline… 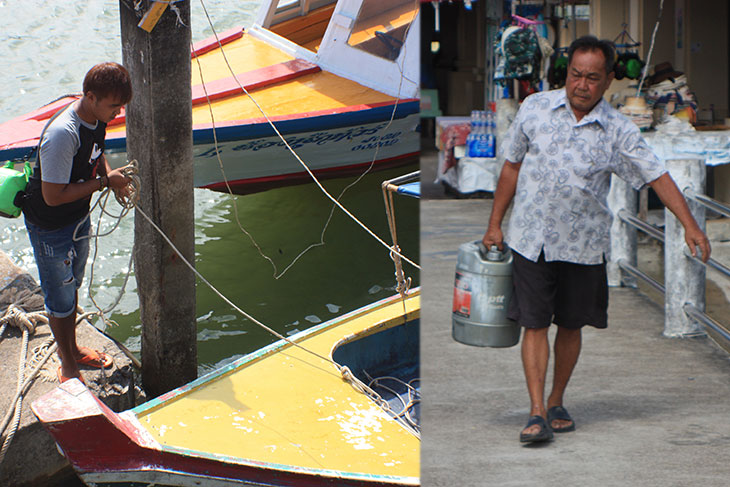 …and then we were underway. Nice scenery. It needed less hazy air, but still pleasant. A little bit like Ratchaprapa Dam but sea water instead of fresh. The driver was very thoughtful and slowed at any points of interest, like the “puppy dog”… 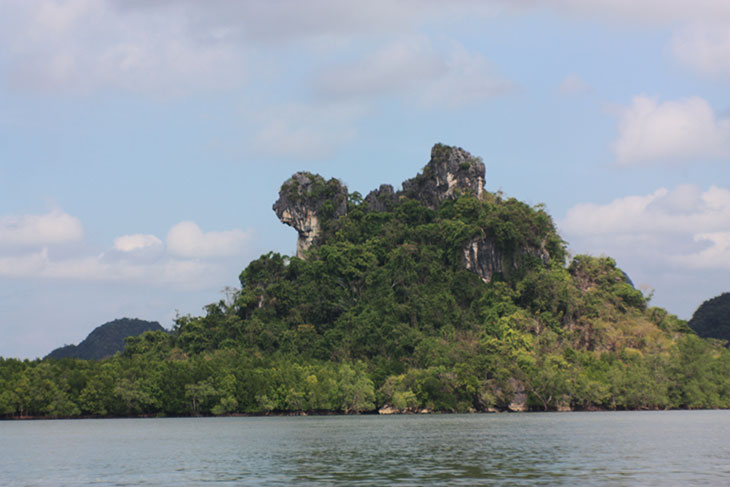 …I think my imagination needed a fresh injection of coffee, but okay, I can sort of see it. The cave paintings were more interesting… 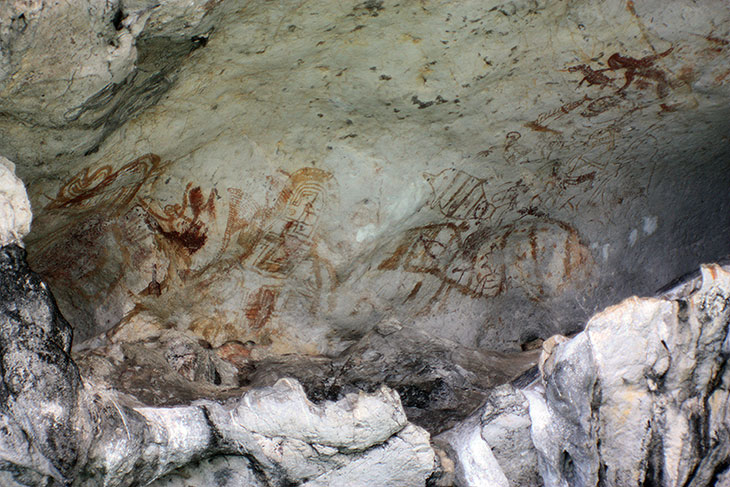 But, approaching the island the views became ever more interesting… 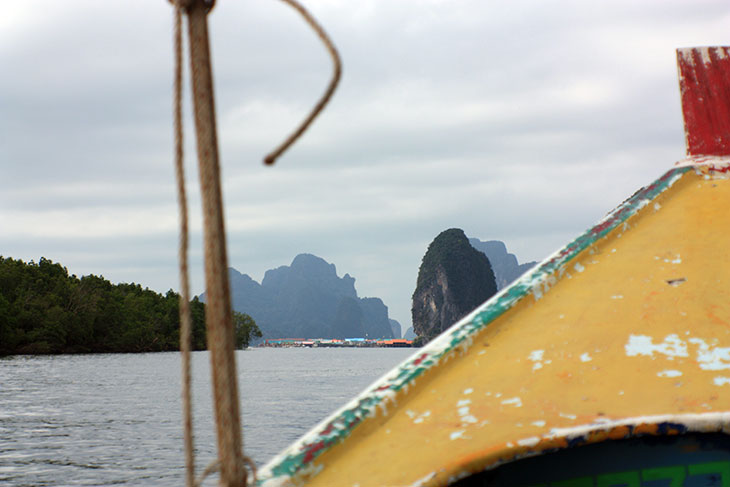 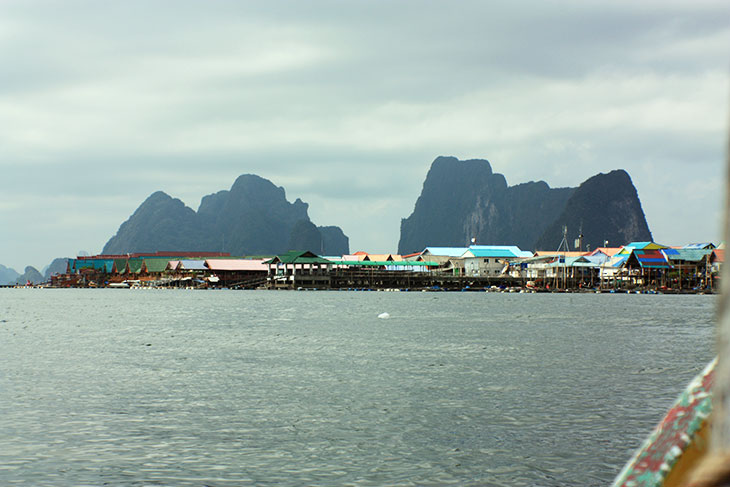 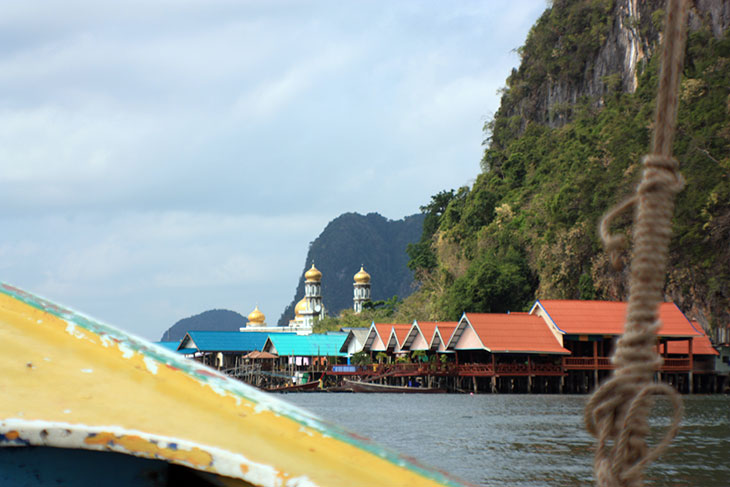 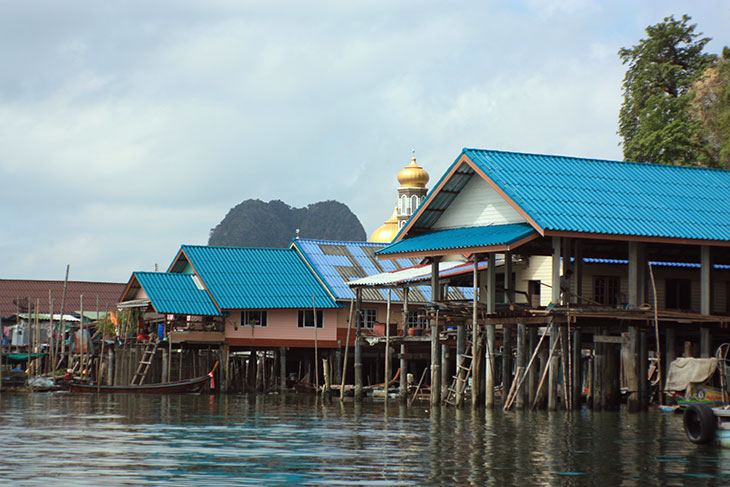 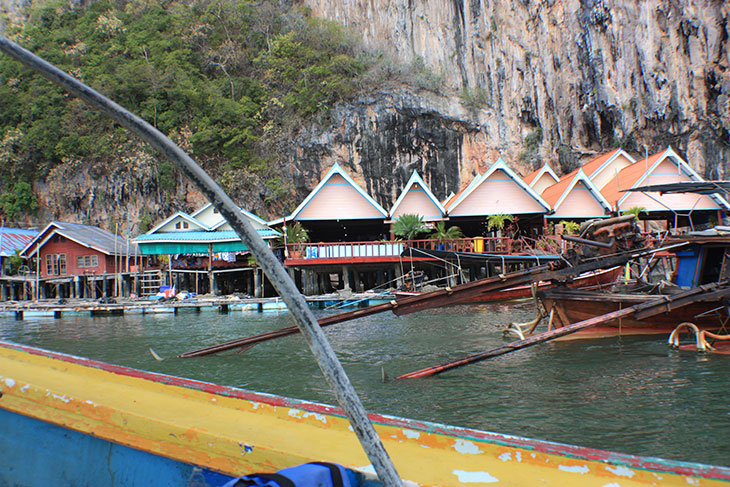 As you can see, the mosque tends to dominate the skyline. Not too surprising as all the inhabitants are Muslim.

From the water, the place looks seriously cute. Once on the walkways, it’s a little less so.

Sadly, pretty-much the whole place is now geared towards tourists, with the main “street” full of people selling – well, I won’t call it junk – but stuff you probably wouldn’t buy if you found it in a department store. No doubt for most tourists, the “you won’t believe where I bought this” syndrome sets in and they feel the need to buy anything they can see. 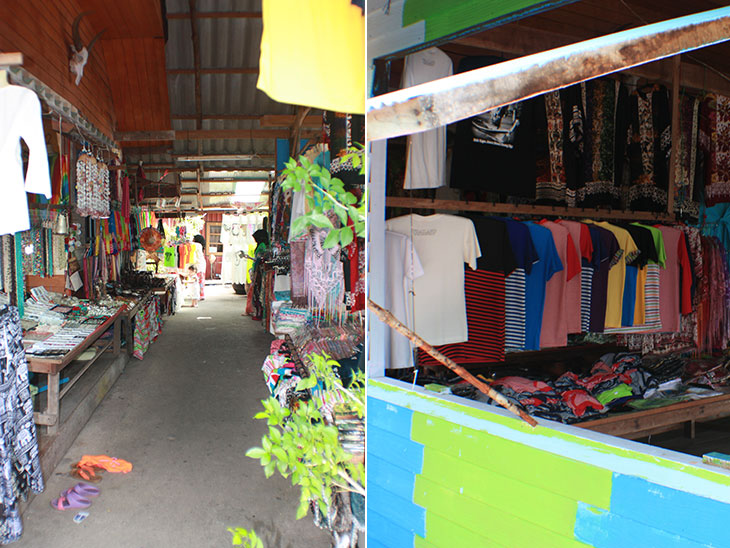 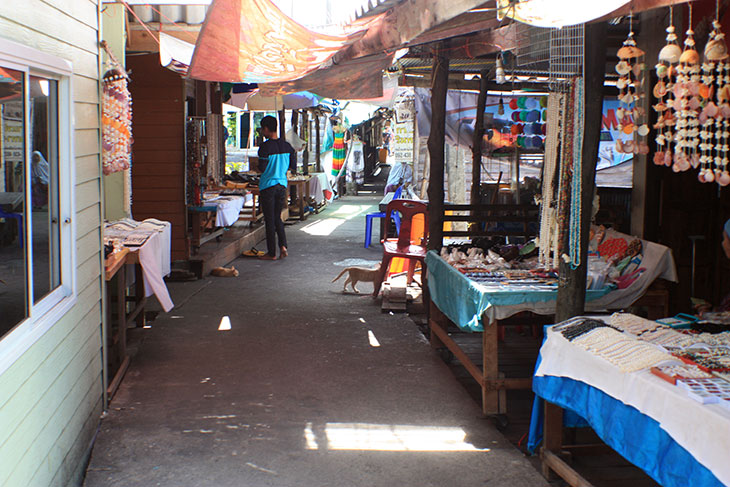 What does everyone else on the island do? Well, there seemed to be very few men around, so maybe they go fishing. On the other hand, some of the restaurants close to the jetty look like they’d seat several hundred people, so after a late night, maybe all the restaurant workers were fast asleep.

There is more to the island than tourism, but you have to go hunting, and in my case, you have to get lost. A map of the walkways would be useful… 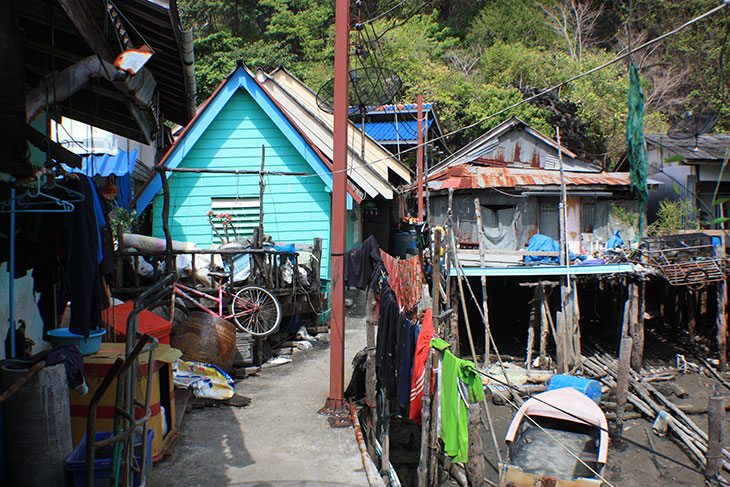 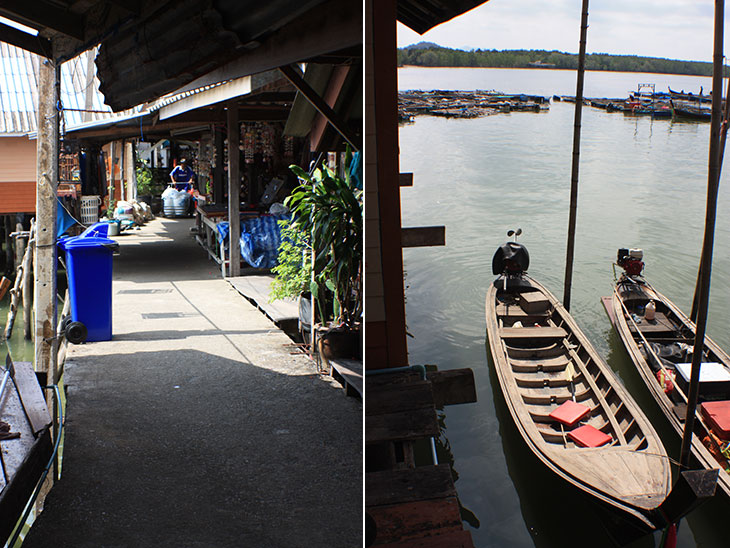 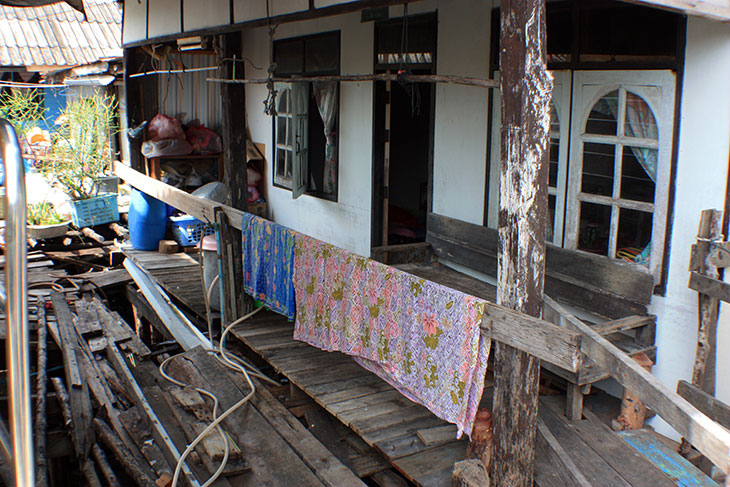 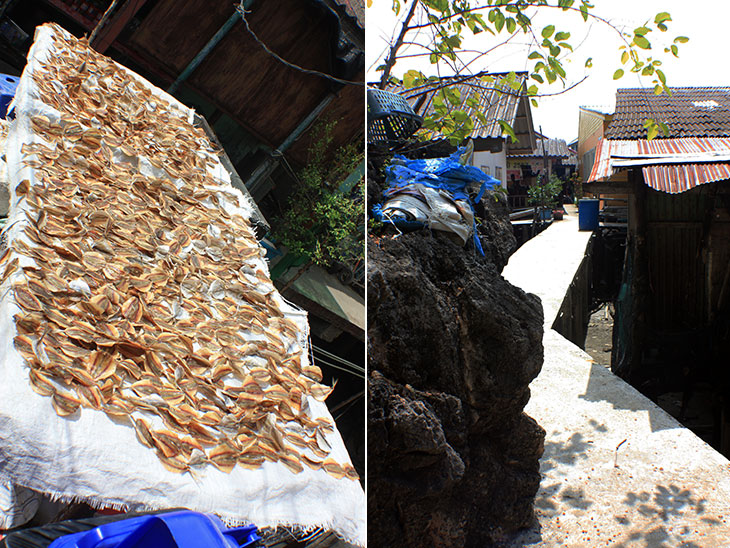 There are views. Boy, do they have views… 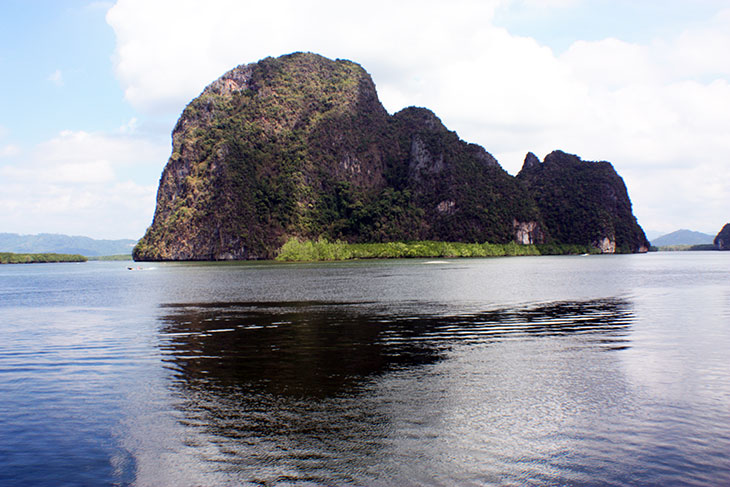 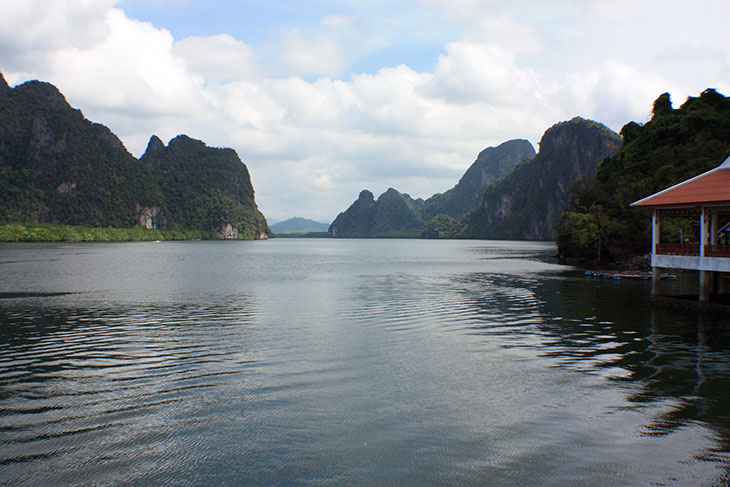 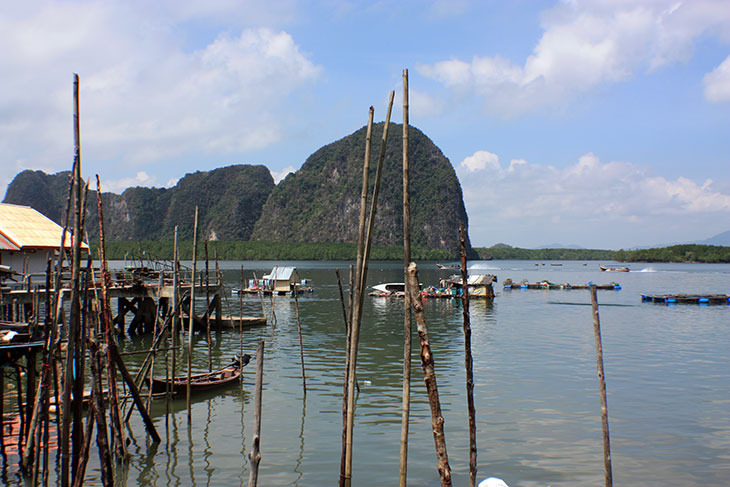 And as I said – there’s the mosque… 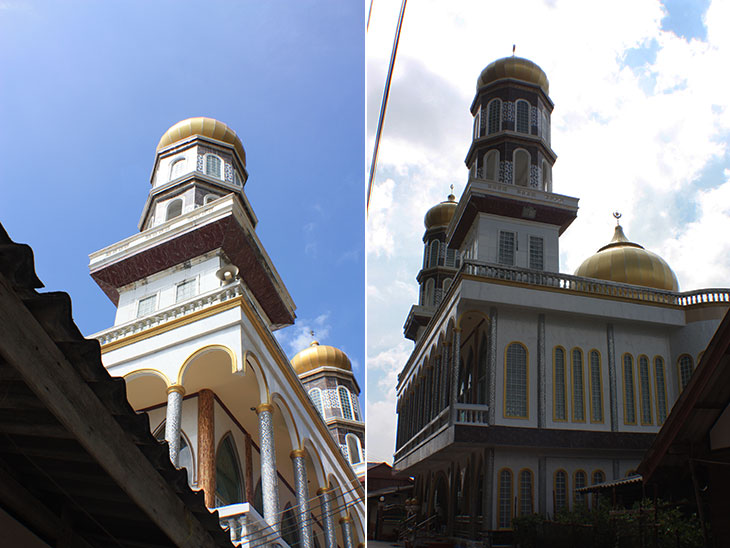 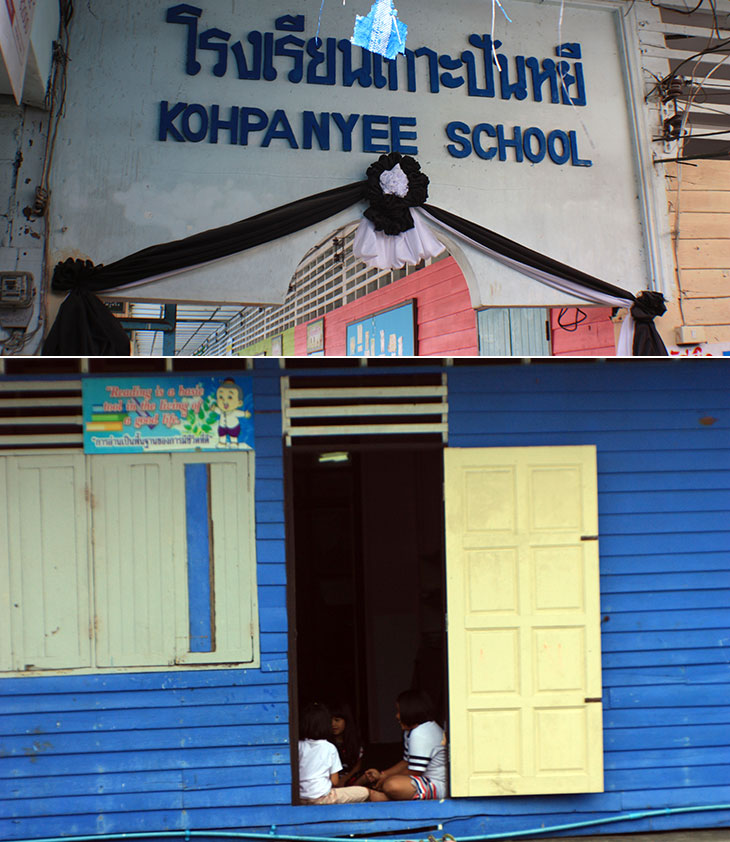 … and, did I mention the floating soccer pitch? … 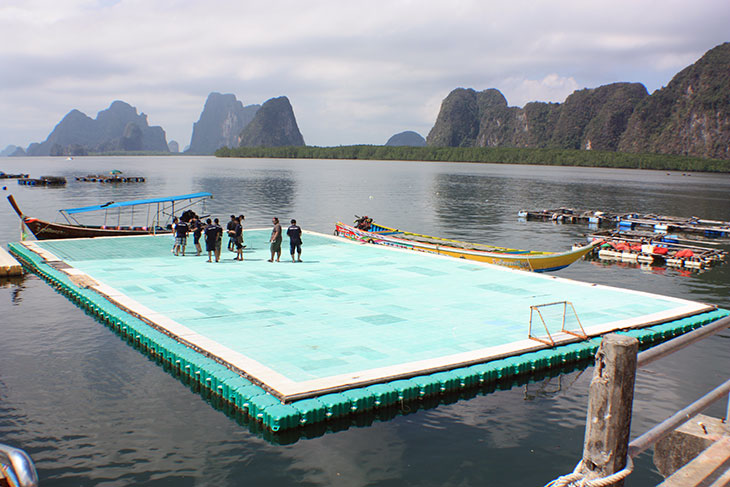 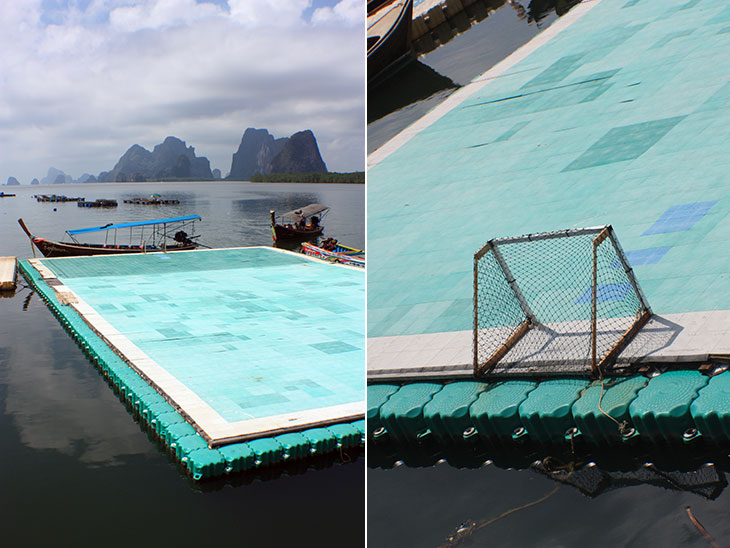 The cynic in me says that’s another tourist trap. If it is, it works. It’s one of the things I went to see.

Supposedly the local soccer club had nowhere to play, so they built a floating pitch. Yeah, okay, more cuteness, but do they really play on there? When you look at the size of it, the teeny goals, the impracticality of the ball – and probably the players – ending up in the water, I have to think it’s just there for fun. The locals probably have a good chuckle at the daft farangs taking photos (me included) thinking that they actually play on there.

No matter. I really enjoyed this place, but mostly because I was there alone – tourist-wise.

I deliberately made this my first place to visit, as I’d read somewhere it takes about four hours for the mini buses to pick up tourists at the Phuket hotels and bring them to the various jetties. There’s quite a few jetties, but I chose the closest to home. Anyhoo, that turned out to be right, as just as I was getting ready to leave, there were groups of Germans, Russians, and people with more accents than I could recognize pouring onto the island.

The moral here is: It’s a place well worth visiting, if you go early.

And now I’ll leave you with a gallery of far more photos than you wanted to see. As always you can pick and choose, or scroll through the lot. Enjoy…

More of the day’s adventures is coming soon. Stay tuned.