…And Beaches To The South.

Well, before we debate the correct name of the rock, let’s see what it looks like… 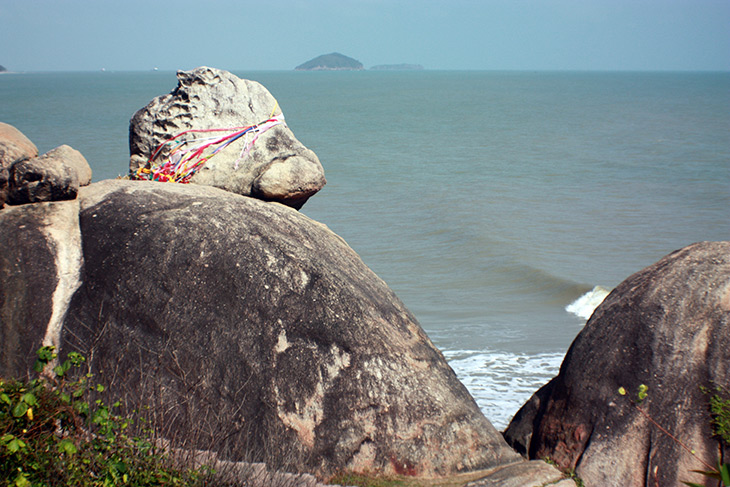 There’s a rumor that some unspecified treasure worth Bt900,000 is buried beneath the rock. I have a feeling if anyone really believed that, the rock would have been toppled into the sea decades ago. I think it’s more likely that since Kao Seng sounds like Kao Saen – the former seems to be the official name – and because Kao Saen means nine hundred thousand, the legend grew from the homophone. But what do I know? I’m only there to take photographs… 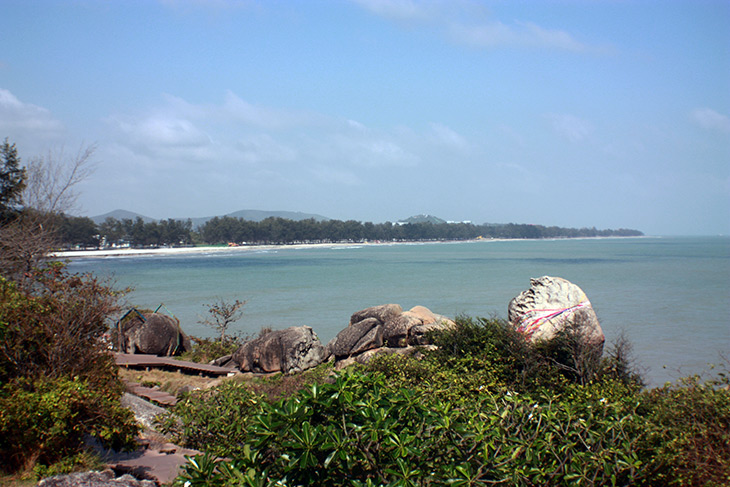 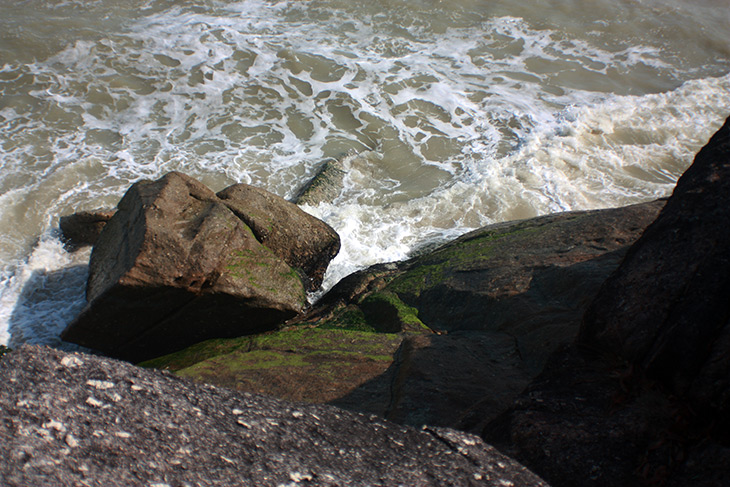 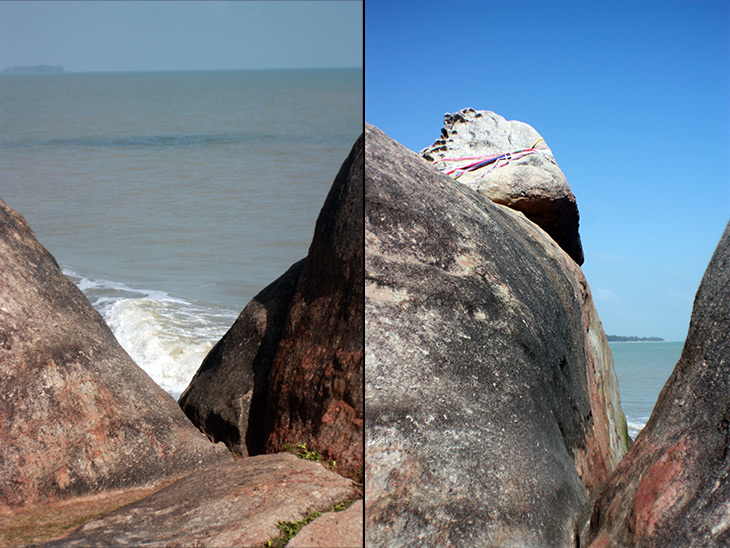 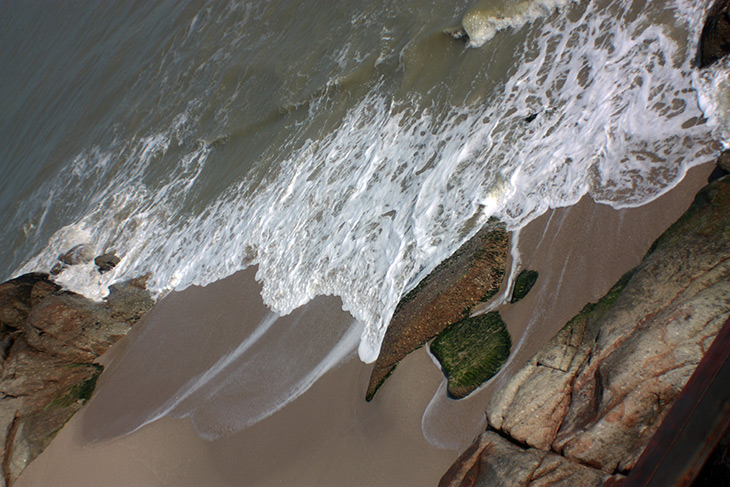 It’s been turned into a nice tourist attraction with helpful boardwalks to save you clambering over rocks. I have a feeling they might have lost a few tourists, and decided this was not good for business. Some handrails would be a nice addition though… 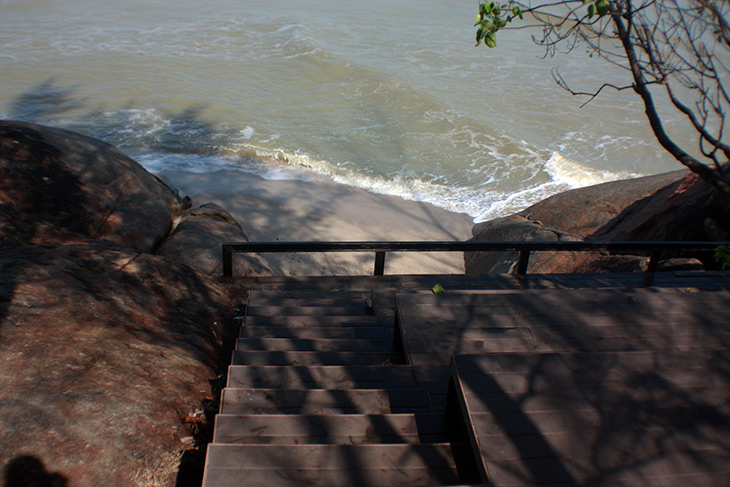 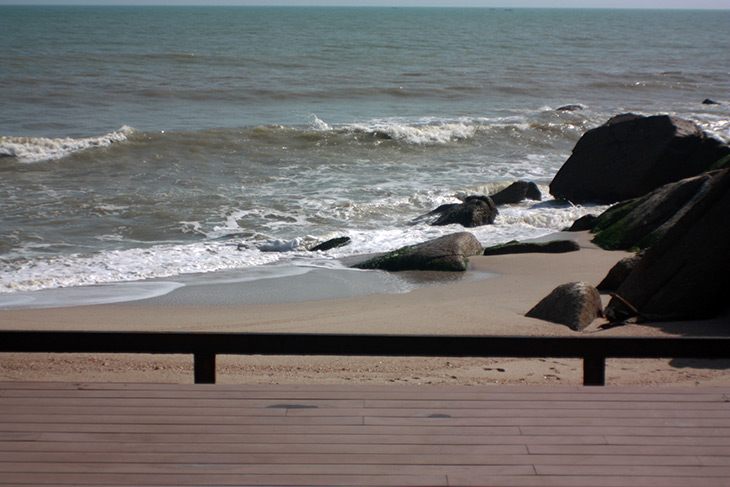 There’s a good view back to the main Songhkla beach… 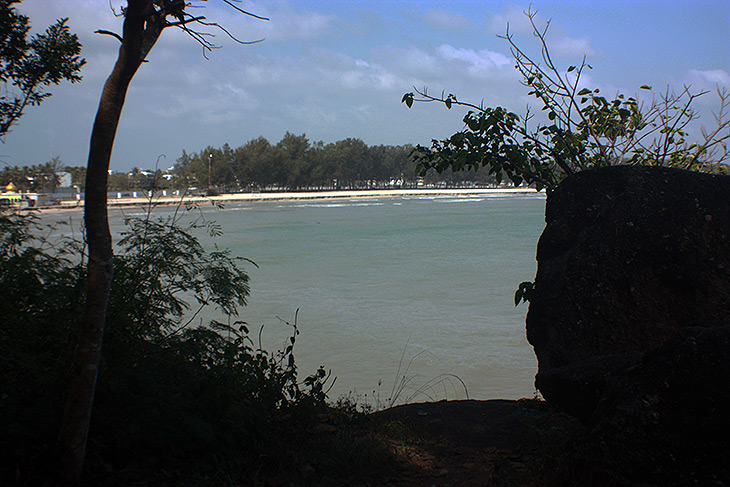 So, what was I even doing there? This was the second day of my Kota Bharu road trip, and I needed to get to the Malaysian border before it closed at 6pm. Trouble is, I can never remember whether that’s 6pm Malaysian time or Thai time, so I try to be no later than 4pm just in case I get it wrong. Plus, I like to reach my hotel before it gets dark.

It’s totally illogical I know, but I enjoy the light evenings in Malaysia, where the sun sets at around 7:30pm, as opposed to 6:30pm in Thailand. The sun doesn’t know squat about national time zones and what the clocks indicate, and sets at the same moment on both sides of the border no matter what I like.

That aside, I was on the road quite early, even though I only had about three hours of driving to reach the border, assuming I took the fastest route. So I didn’t.

I tried to stay as close to the coast as possible, no matter what Ms. Chuckles thought of my plan. She kept wanting to divert me back onto the main road. Sometimes she got her own way without me realizing, and sometimes I defiantly went where I wanted.

That meant making a small detour via México… 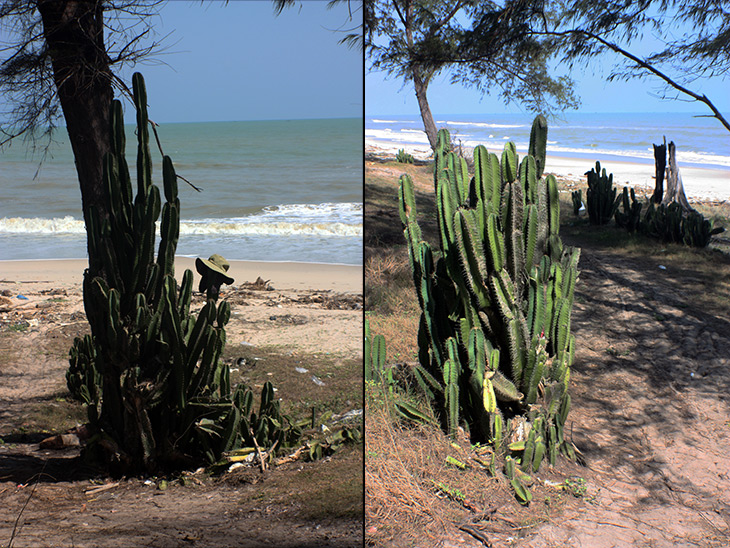 To be honest, although the views are nice, the coast looks pretty much the same the whole way. So I won’t bore you with photos that could be anywhere from Hua Hin to Kota Bharu.

I made a point though of visiting a small jetty known as Titkayu Bandar. It’s a small detour off the main road just after Pattani town. 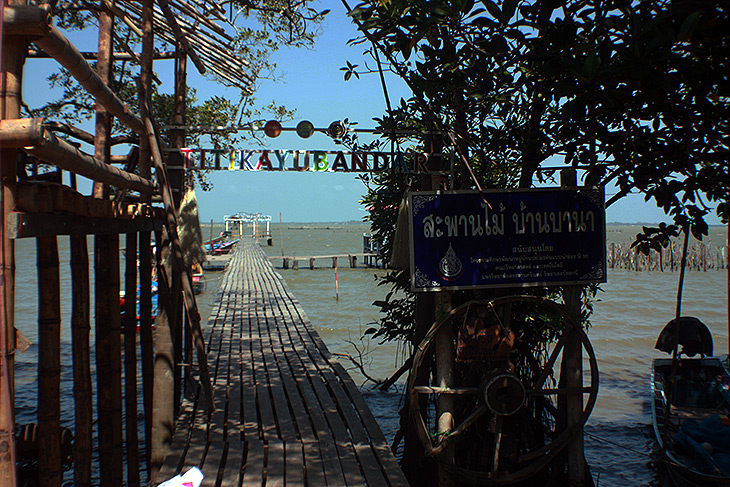 I’m not sure how it managed to get a Malay name, but it translates roughly as small urban wooden bridge, where the bridge in this case, I guess, is the jetty… 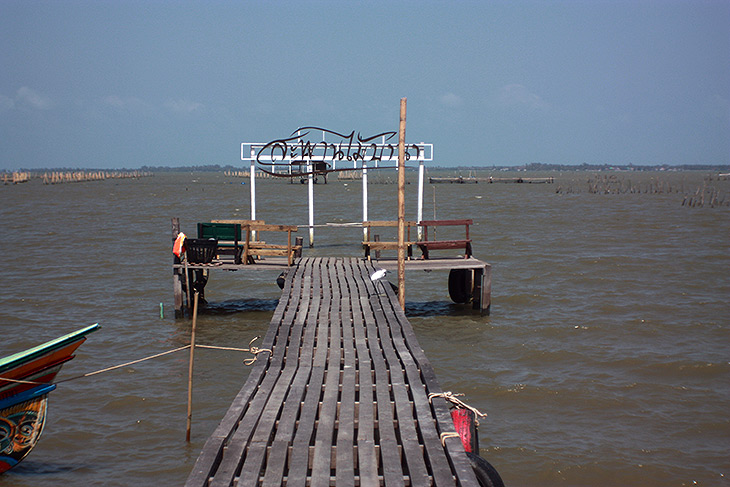 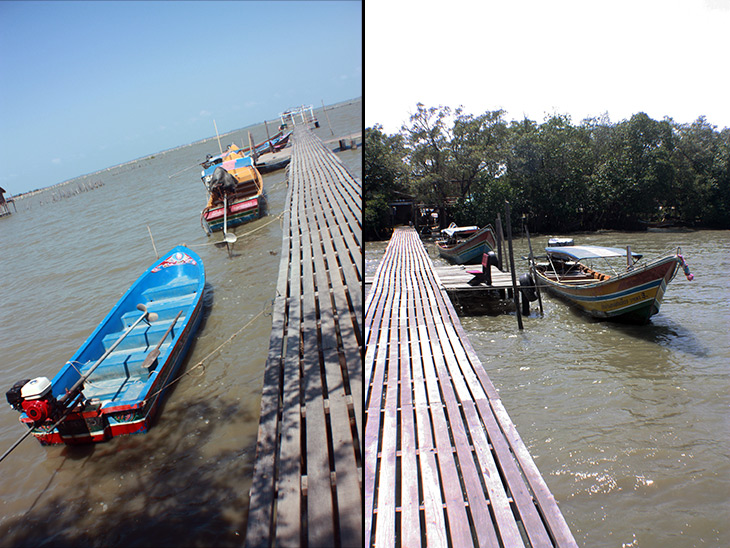 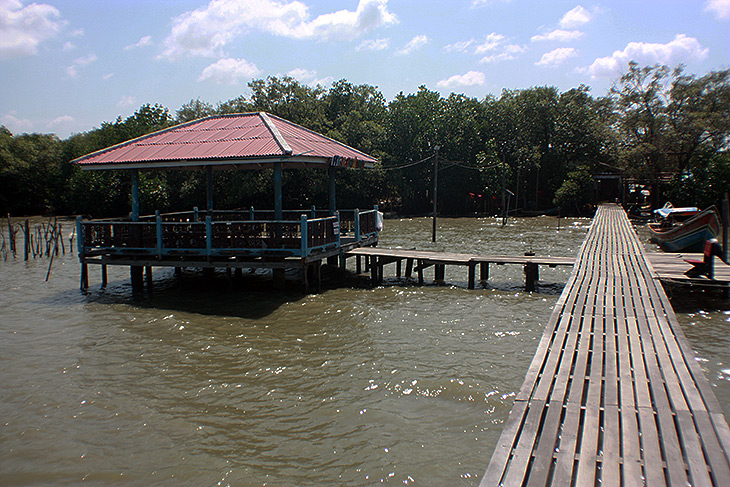 And then I continued along the coast to find a nice spot to eat my snack lunch, which turned out to be the end of the road… 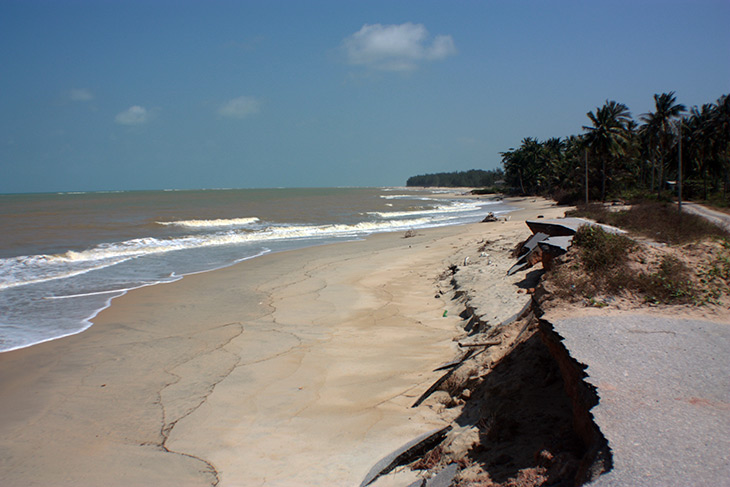 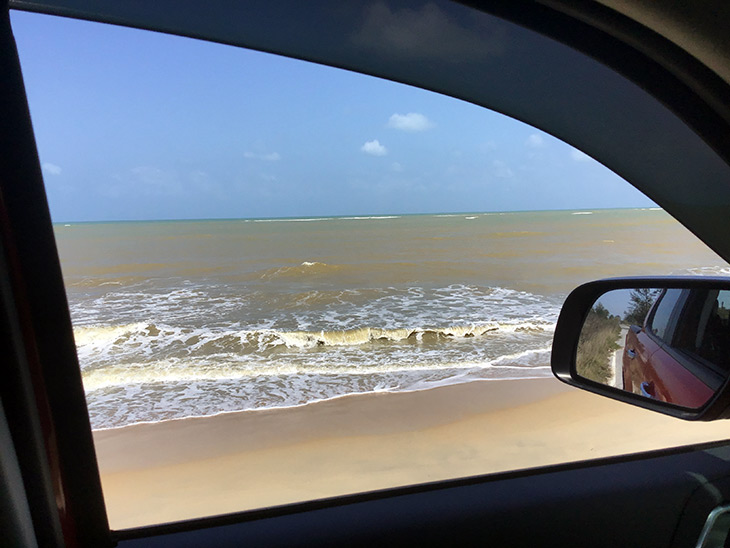 After which it was down to the border, across the river into Malaysia, and on to my hotel in Kota Bharu. Where the sun set at 7:30pm or 6:30pm or 7am in Newfoundland.