So, the other morning, I was having my usual brisk wander along the beach, when I realized I could go further than normal, as the tide was well and truly out… 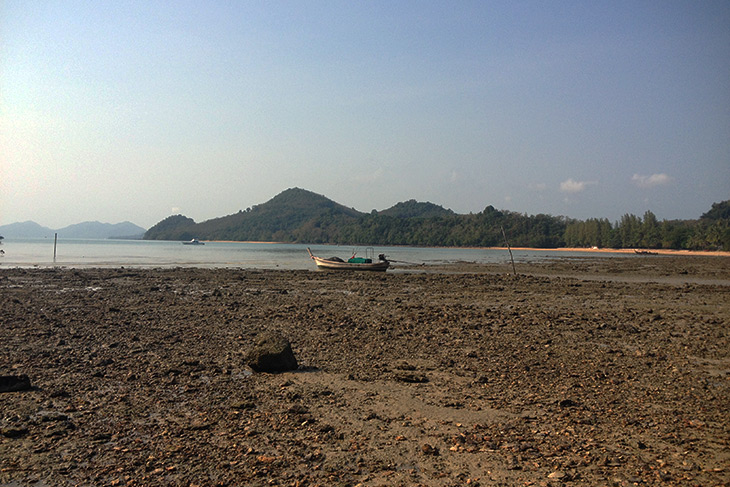 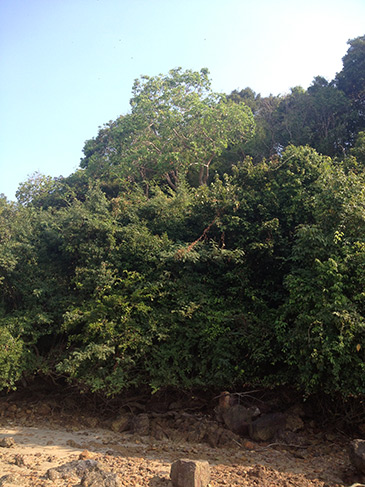 I admit, it doesn’t look so nice like that. Too many rocks. But it does allow a view of Ko Yao Yai (top, far left.)

When I turned round and looked up, and I’m really not sure why I did that, all I could see was a wall of trees. Except that hidden in there is a street lamp.

If you enjoy playing Where’s Wally (or Waldo) you may spot it.

I figured I’d better investigate, so I wandered back to the road, turned to the right where there’s a small parking area, and peered around the corner.

Sure enough, there’s a small road leading up the hill, and it does have midget street lamps… 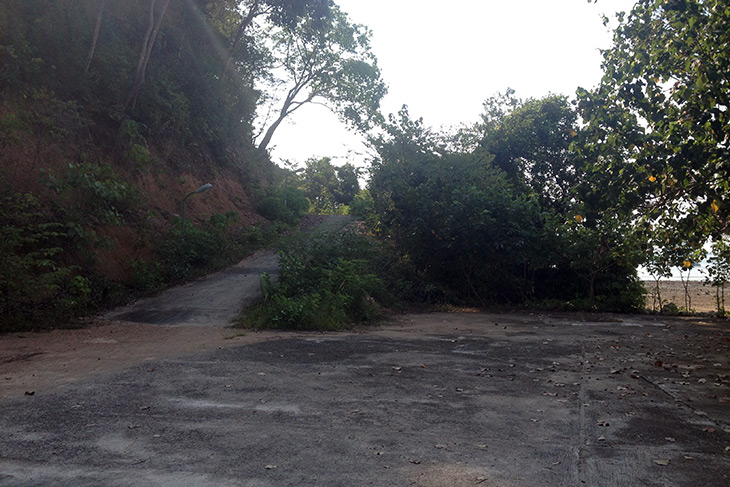 Now, I should explain, that’s a narrow strip of land separating two bays, so I imagined there might be good views in two directions.

After a short uphill trudge, the road went left to a T-junction. To the left at the ‘T’ I found this… 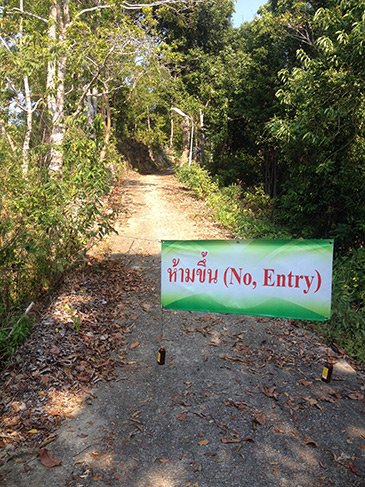 Anyhoo, I confess, I was glad. The road must be a 40 degree incline, and at 8am (or anytime) it would be a tough climb.

I imagined I was missing some spectacular views, but after making inquiries later, I discovered that if you do venture up there, you are so far inland and surrounded by trees, you can see nothing. Cursing would have ensued, if I’d had enough breath left to curse!

So; guess what? I turned right.

There’s a small parking area where the road ends, followed by a narrow, but paved pathway… 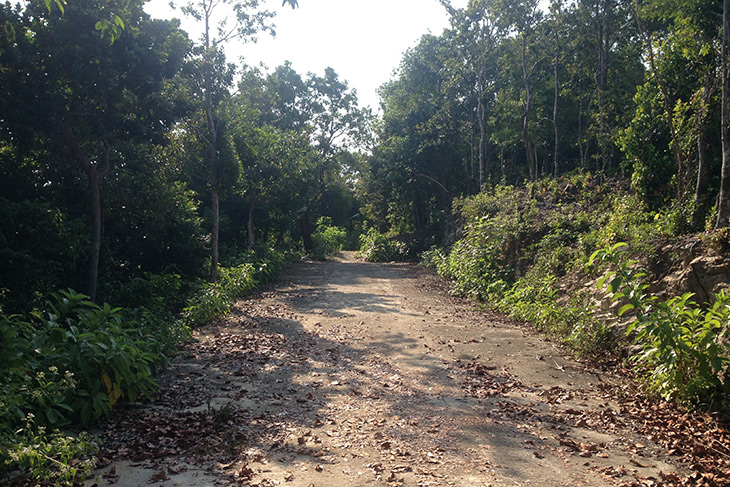 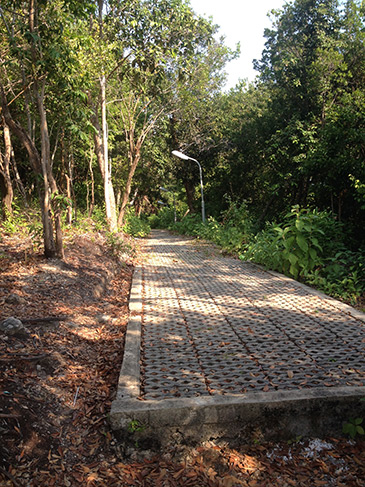 …which suddenly ends. Well, so does the land. But it looks like there is a way down, so it might have been nice if they’d also built some steps.

“But what about the views?” you ask.

Yes, there are some. But it would also have been nice if someone had trimmed the trees.

To see anything, you have to leave the path, move left a bit, up a bit and then you might see some sea… 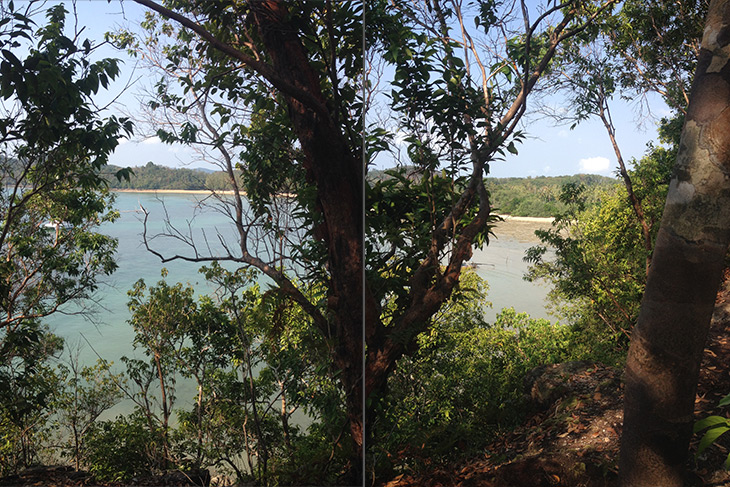 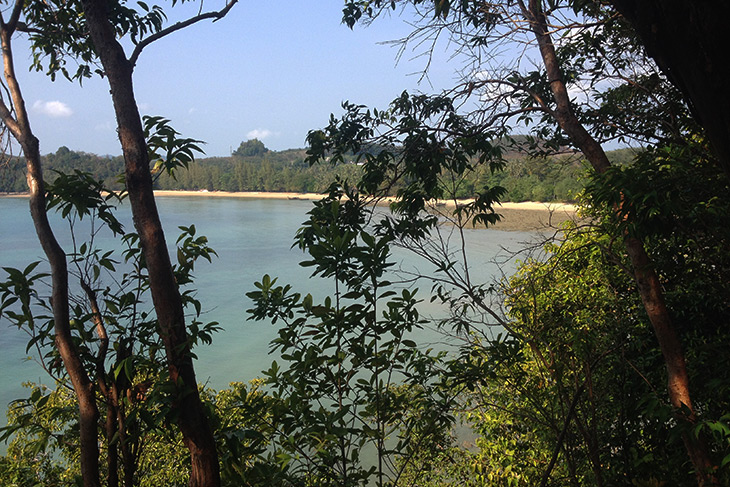 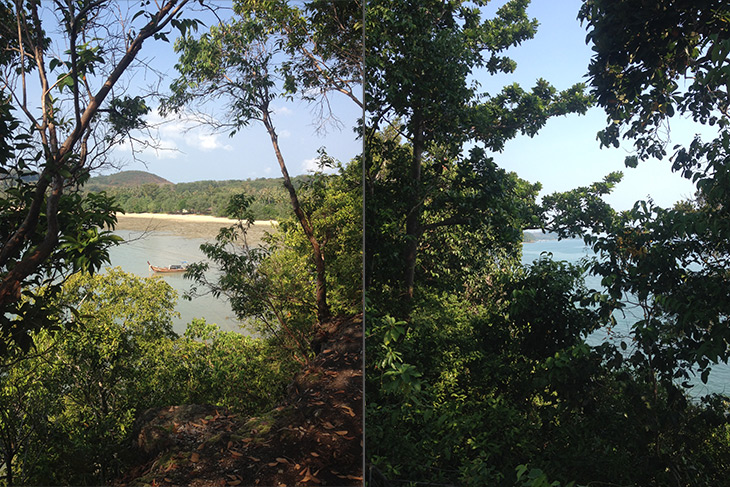 Well; it was worth the walk, but a bit of challenge to see anything. Nicer back at the beach… 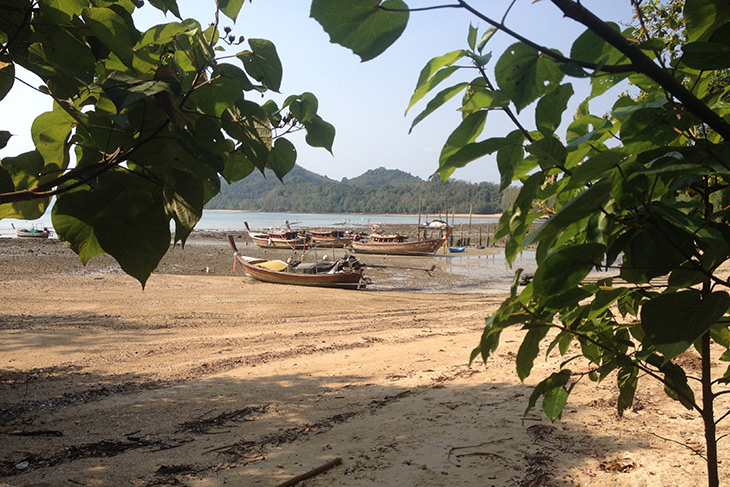