Last weekend it was time for more Ko Yao R&R. It’s a tough life, but someone has to do it.

But, along the way, you pass a pathway that’s wide enough for a bike or a pair of feet, and I made a mental note to find out where the pathway leads. At the time, I couldn’t find any name on Google Maps nor Google Earth, but now I see the former calls it “Little Long Beach.” 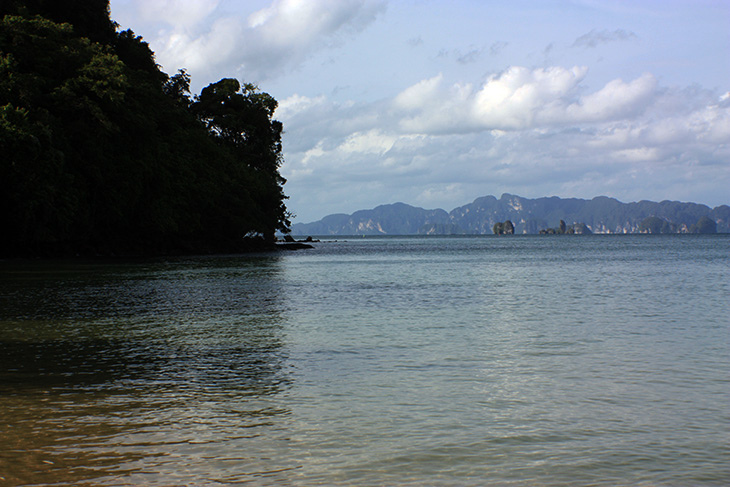 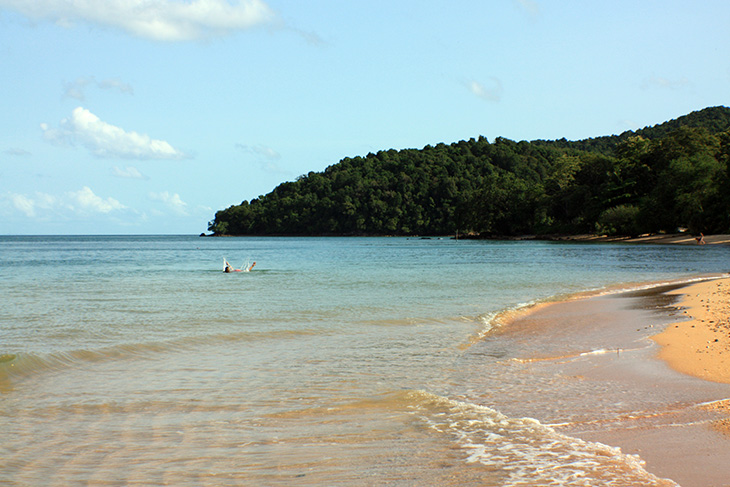 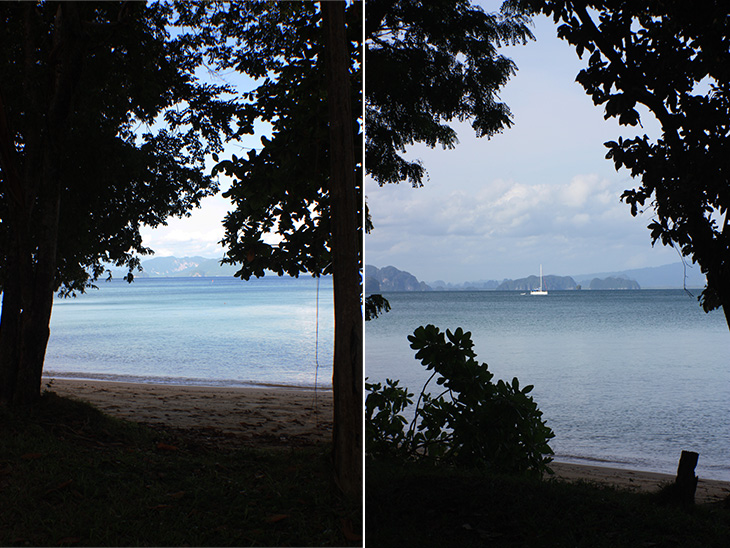 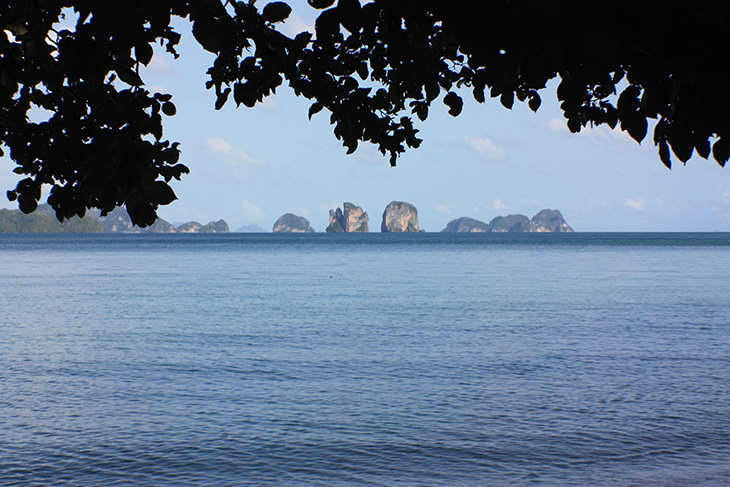 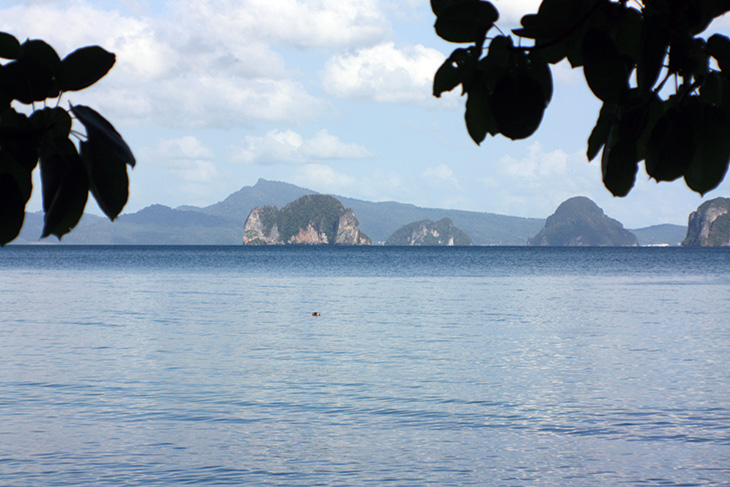 It certainly requires a bit of effort to get there, and in the rainy season – now – you can get quite muddy, but the view is worth it. 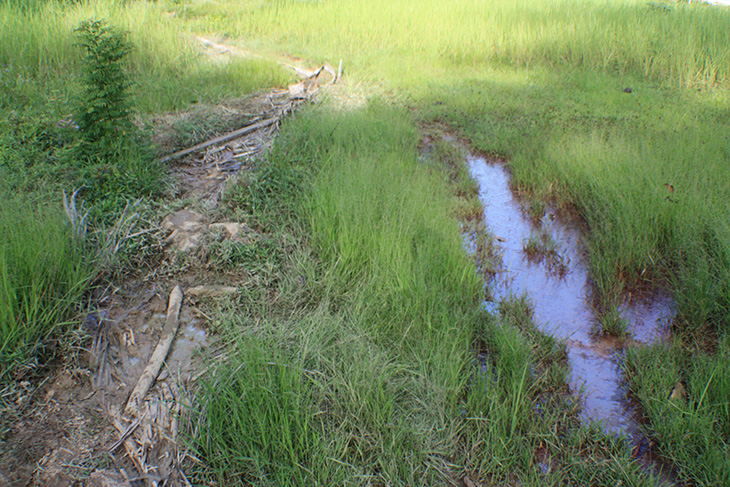 You enter at the north end of the beach, and after a good de-mudding in the sea, it’s a pleasant wander to the south end, where there are rocks and birds, and views of another bay… 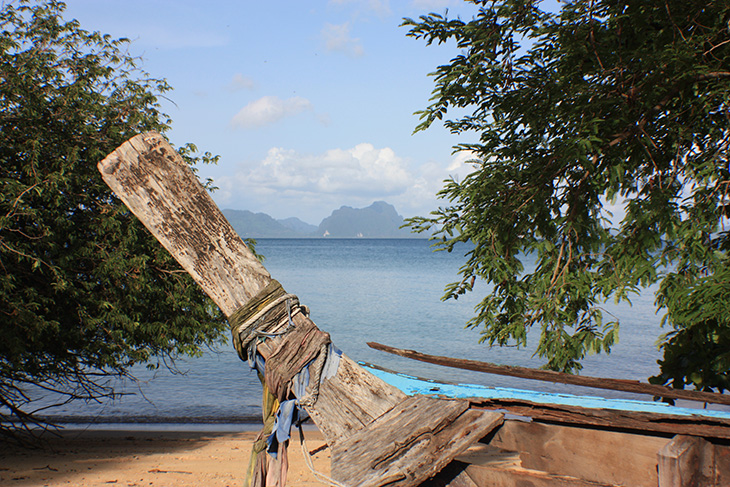 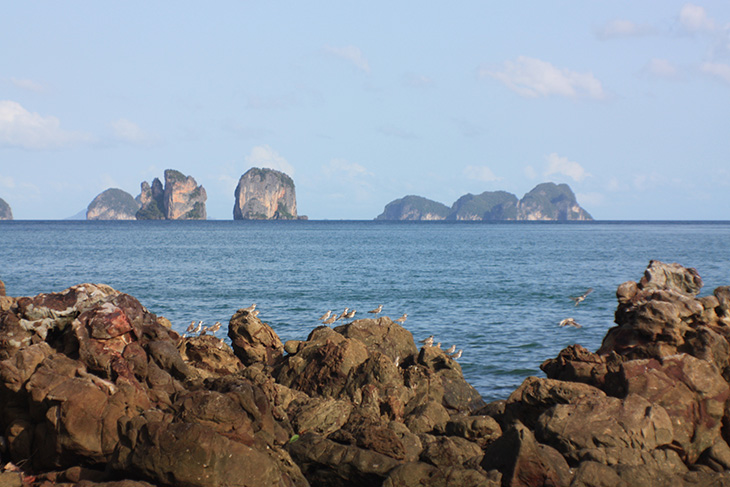 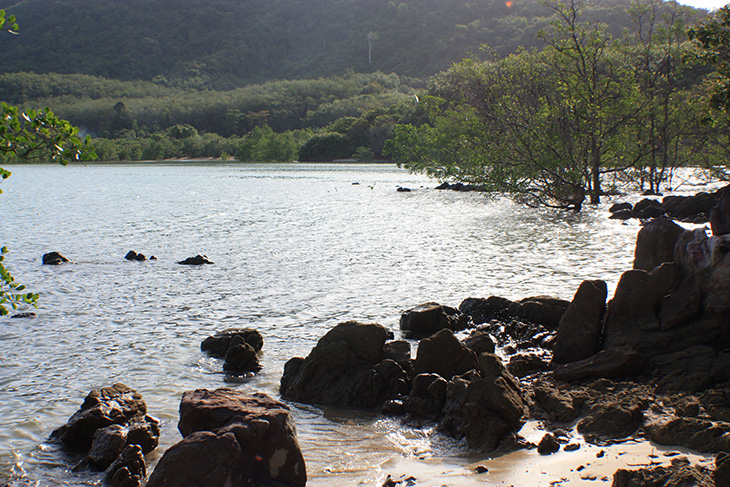 If you’re visiting the island, I think this should be on your “To Do” list, despite the bouncy road and the muddy pathway. No pain, no gain.