…With A Surprise Ending.

So, yesterday morning I set off for the west coast province of Krabi. I was heading to the car ferry jetty just south of Thalane Bay, so that I could take Bert over to the island of Ko Yao Noi for a few days of R&R (&Chang.) Actually, Ms. Chuckles came too as I wasn’t sure I could find the correct jetty without her.

Unfortunately the trip involves the dead straight highway 44 which I’m starting to think must be the most boring road on the planet. There are alternatives with nicer scenery, but if you have a deadline – like a once-a-day ferry that leaves at 2pm sharp – then it’s safer to stick to the fortyboringfour. When Ms. Chuckles says “Stay on the route for 115kms” – well, let’s just say – it’s amazing she’s still alive.

Anyhoo, I did leave quite early, so I knew I’d have some tootling time. I started at the passenger ferry terminal, which of course was not the one I needed to be at. But I knew there were some nice views around there, so I stopped many time to take pics… 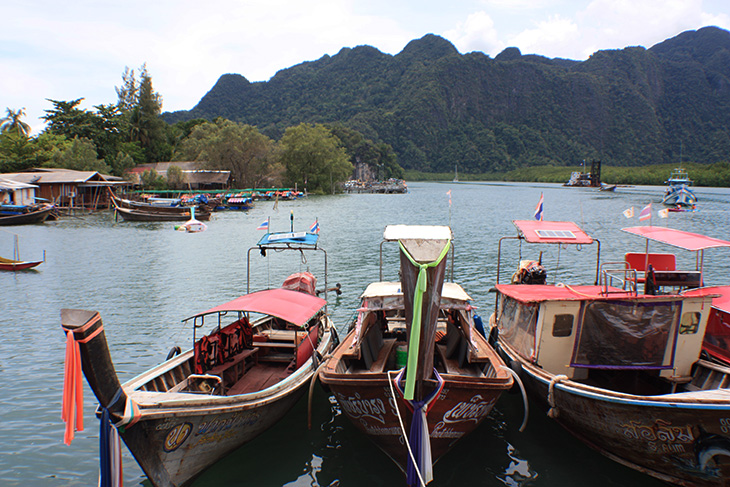 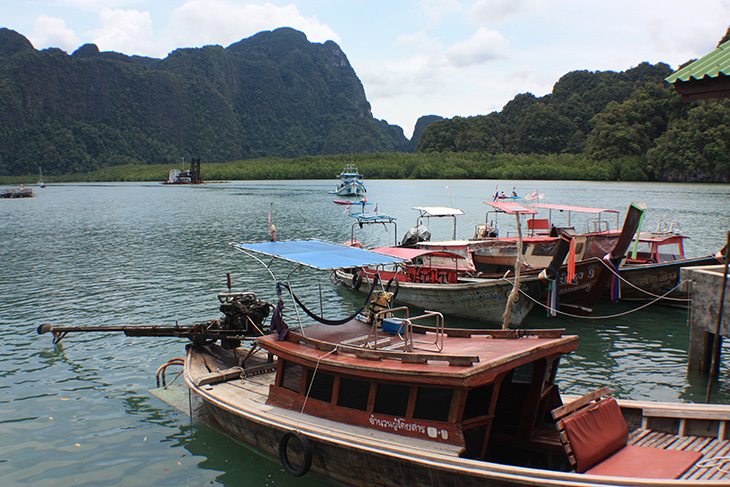 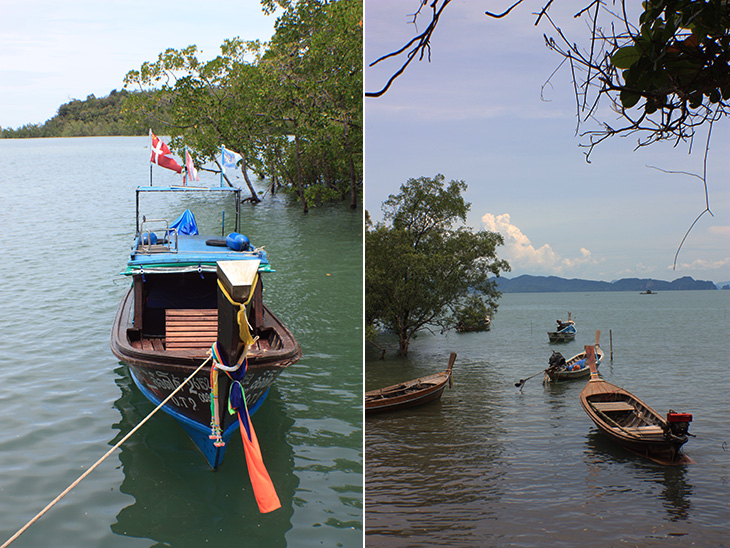 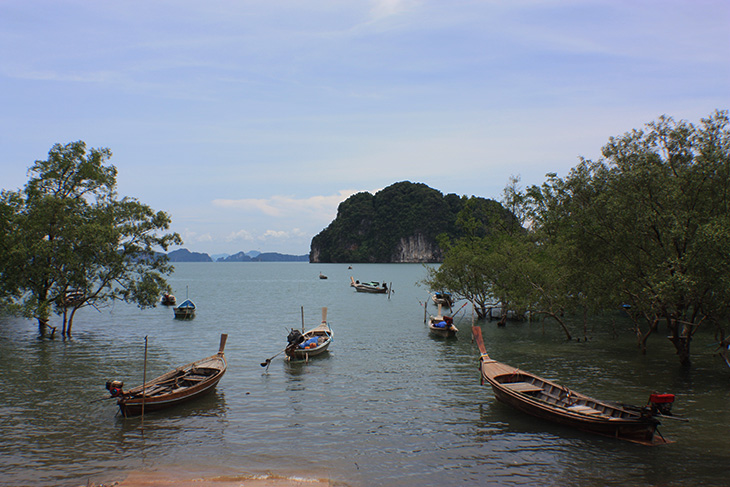 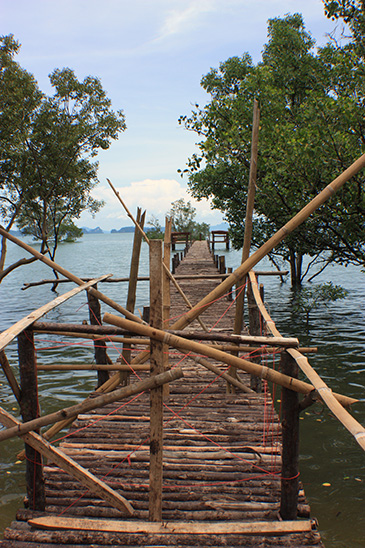 When I spotted this jetty I decided I’d walk to end to take photos, but, well, you can see why I didn’t.

And I was quite excited to find something called the Khao Thong Viewpoint, but unfortunately about the only thing you can view is the trees… 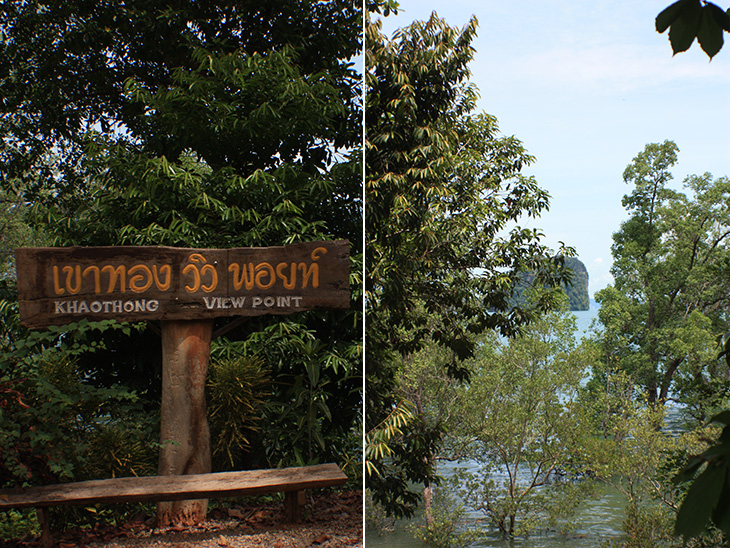 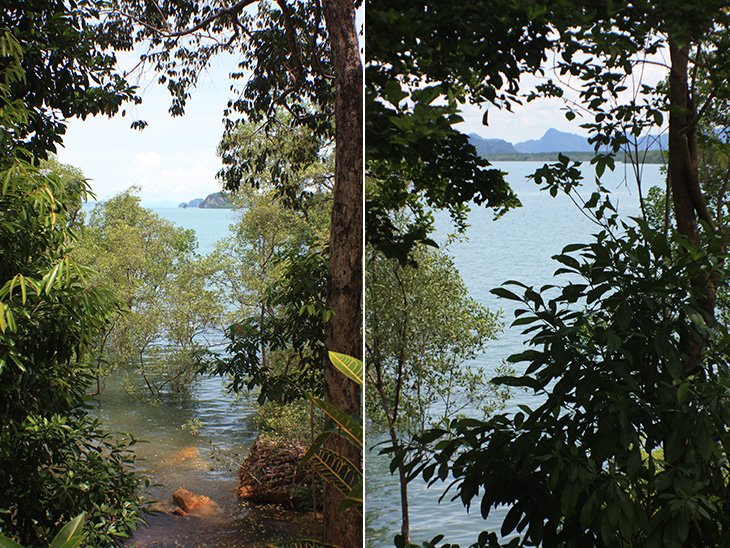 So, tootling done, panic set in. It was later than I’d planned, and suddenly Ms. Chuckles had brain fade and decided she didn’t know where the car ferry jetty was located. I’ve had this happen before. I check at home that she knows exactly where we’re going, but after we set off, it’s like she’s left her brain behind.

After trying a few roads which I thought might be correct but weren’t, I remembered that Google Maps has photos of the jetty. I still had about fifty minutes to reach the jetty and Google decided I needed thirty, so I didn’t really need to panic, but I did anyways. What if Google was wrong? What if it was not the jetty I needed? What if I was delayed by an elephant standing in the road?

And, as unlikely as that sounds, it almost happened. Heading speedily down some narrow road, which seemed highly improbable as an access road to a car ferry, I passed a huge elephant dragging felled trees out of the jungle. Sadly, I decided it was better to miss a photo opportunity than miss a car ferry.

Even though I was sure this potholed road, unpaved in places, couldn’t possibly be correct, I had to continue as there really were no other obvious choices. Eventually I reached a small fishing village… 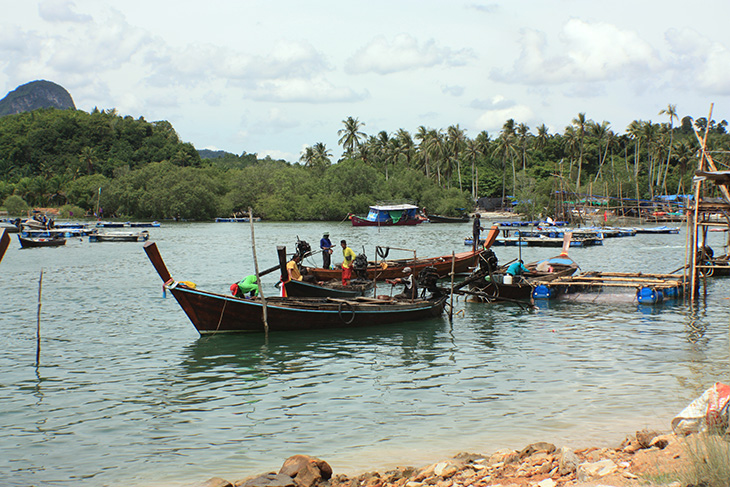 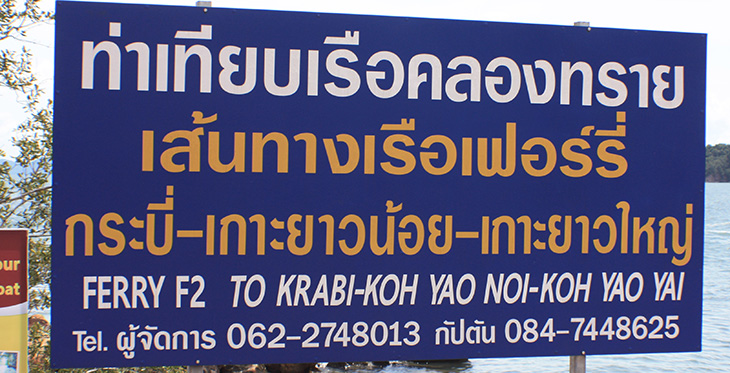 Ah ah! That’s what I was looking for. And then I saw this… 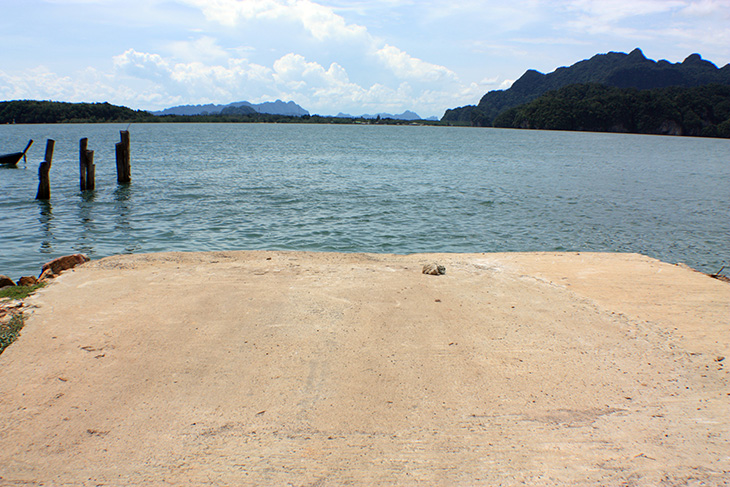 That can’t be right. If I’m already late, and there’s only one ferry trip per day, there should be a boat attached to that strip of concrete. There was a ticket desk with no one selling tickets, and there were no other cars but Bert.

I double-checked the time and it was only 1:20pm. I’d panicked for nothing. But where was the ferry?

A quick call to friends on the island, follow by a promise they’d call the captain and get back to me, revealed the fact “The boat is broken” said in the sort of way that implied “and we’ve no idea when it’ll be fixed.” Hmmm. Words beginning with F were thought but not spoken.

At this point, there were two choices: head back to the passenger ferry and leave Bert at the jetty, or go home. It was a situation that needed a quick decision. I wasn’t about to sit there for an hour, debating the pros and cons, as nice as the view was… 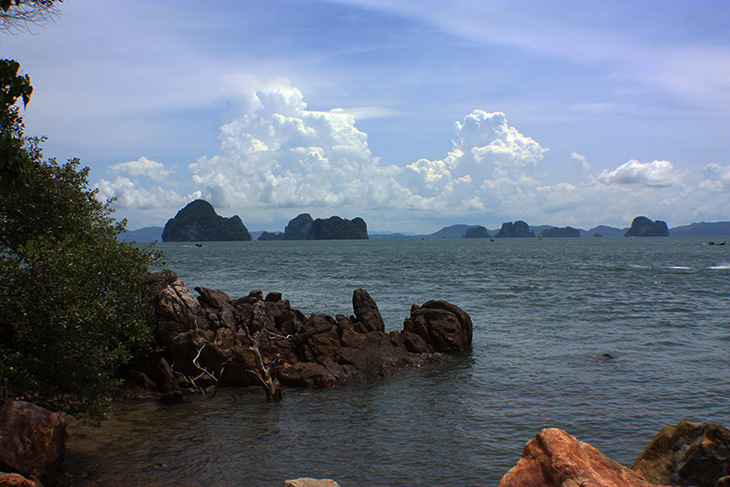 … so I decided to go home. To be honest, at this point, I wasn’t in a great mood. And, I was carrying a load of boxes, which would have then been thrown on the top of a flimsy longtail boat – which really are not much more than a few planks of wood with a car engine strapped to the back. Not my favorite mode of transport. Plus, Bert would have been at the mercy of the marauding monkeys that inhabit the area, which will happily rip off anything that can be ripped off.

Although I wasn’t happy at missing out on a vacation, I’ll still go, when the captain decides the boat has been fixed. Perhaps next time he can arrange for it to break down for a lengthy period while I’m on the island. I like the sound of that.