I was on the road early. The drive down to Pattani I really enjoy, especially on a sunny morning. For most of the way the sea is on the left and the central mountain range on the right, and in that “golden hour” after sunrise, the light of the sun on the sea and the hills is quite special.

So, I arrived at Wat Chang Hai Rat Burananaram – some 30kms south of the city – shortly after silly o’clock. It’s quite a big place, with many buildings, and chedis both large and small… 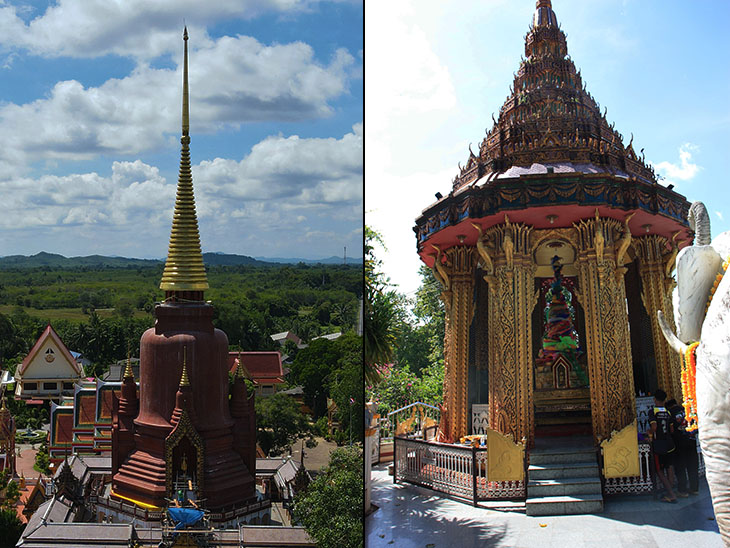 And it was surprisingly busy, so I took a few ground-level shots… 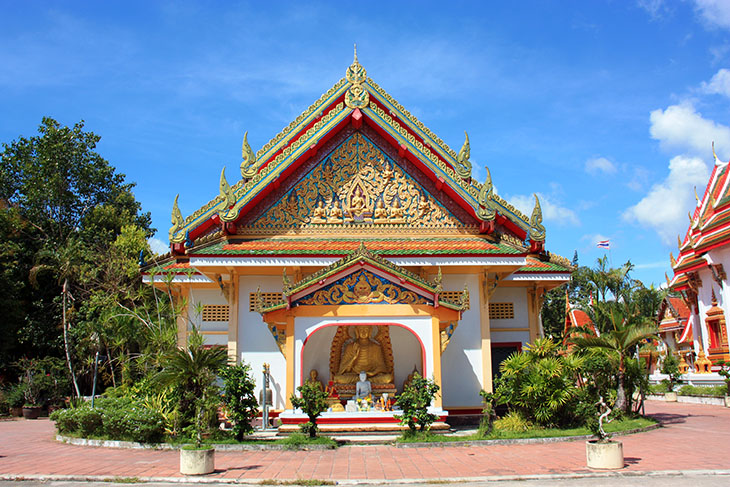 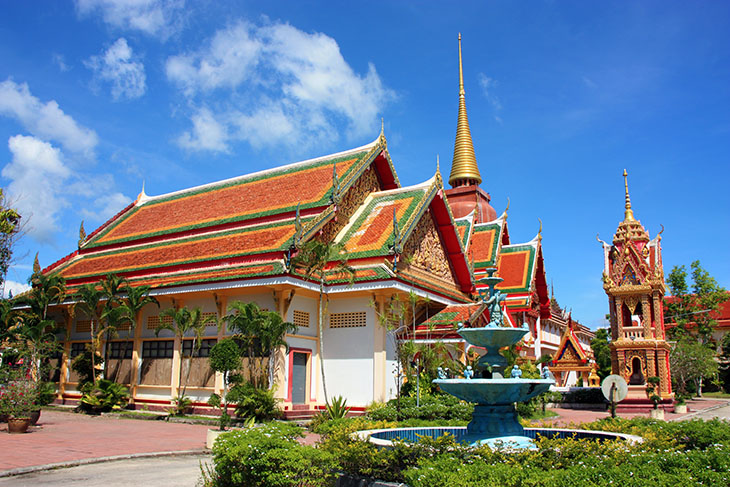 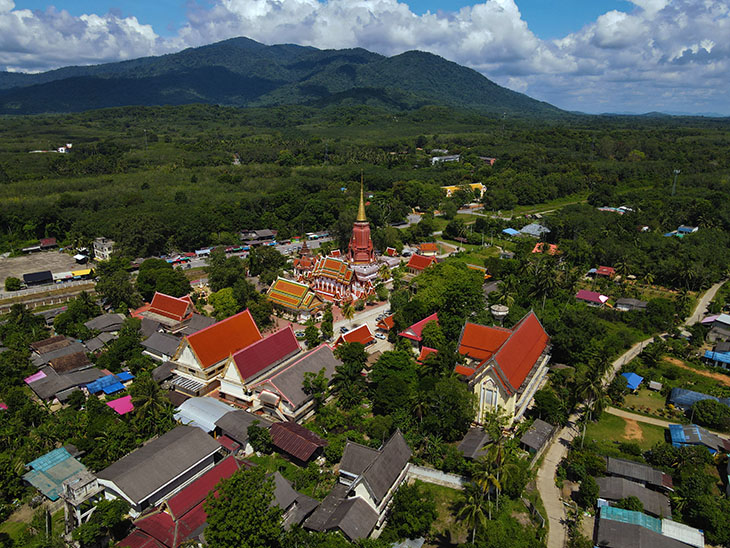 After that I tootled into the city to re-visit the Central Mosque. Last time I accidentally took aerial photos of the side of the building rather than the front. The latter has a reflecting pool, which makes the place look much nicer… 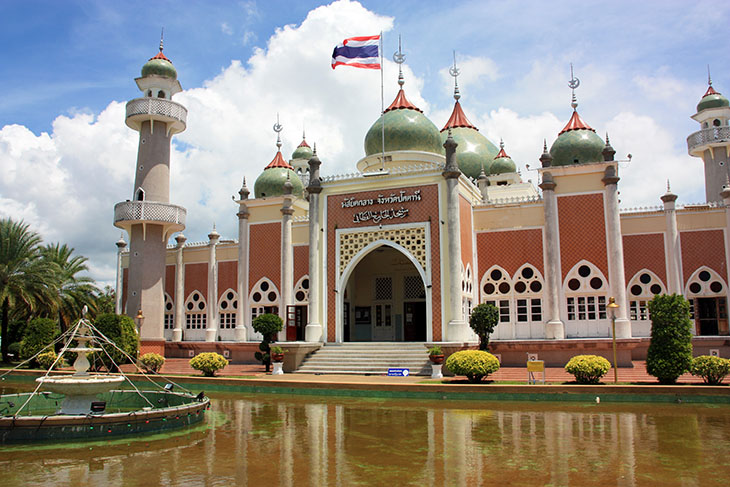 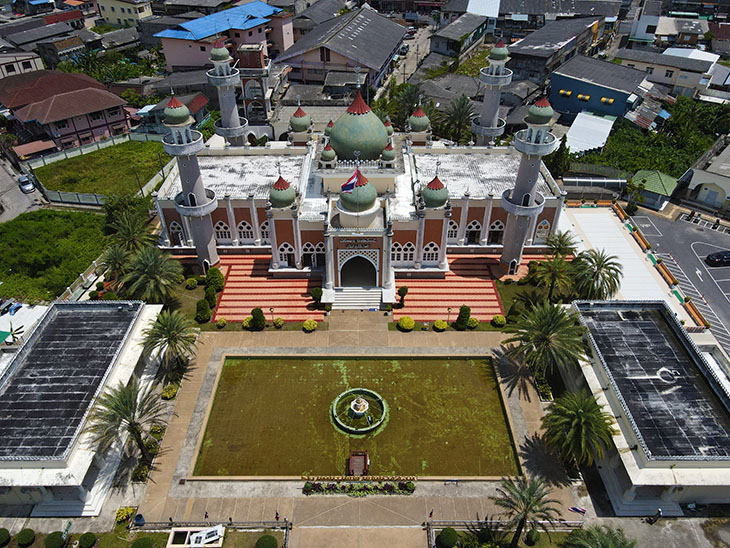 …well, it would do if they ever bothered to clean the thing! You don’t get much of a reflection off brown sludge.

Then it was back to Hat Yai to re-visit the main park. Last time it was shrouded in fog, and any attempts to get shots of the large Buddha statue at the top of the highest hill would have been futile. Or would they? It occurred to me a long time after I was there that maybe – okay, a big maybe – the statue would have been poking out the top of the fog and I would have taken sensational aerial photos. We’ll never know.

This time the weather was perfect. But before venturing up the hill, I flew around the main lake.. 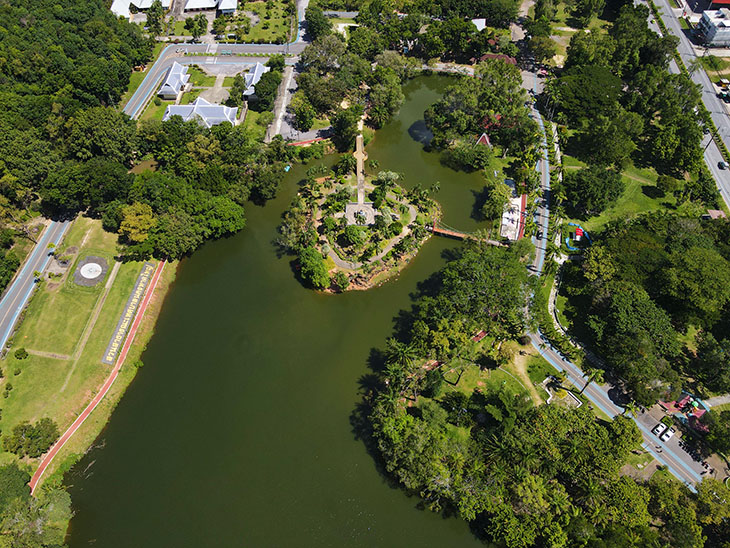 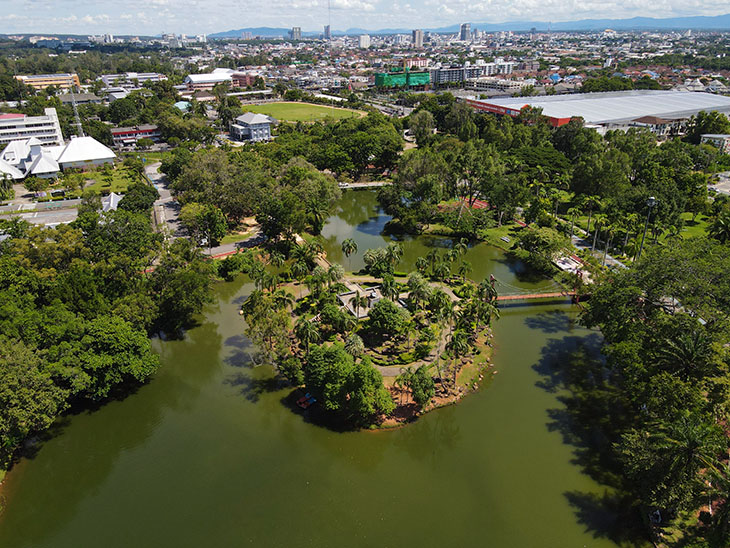 In the photo above you can see Hat Yai city in the distance.

And so to the top of the mountain… 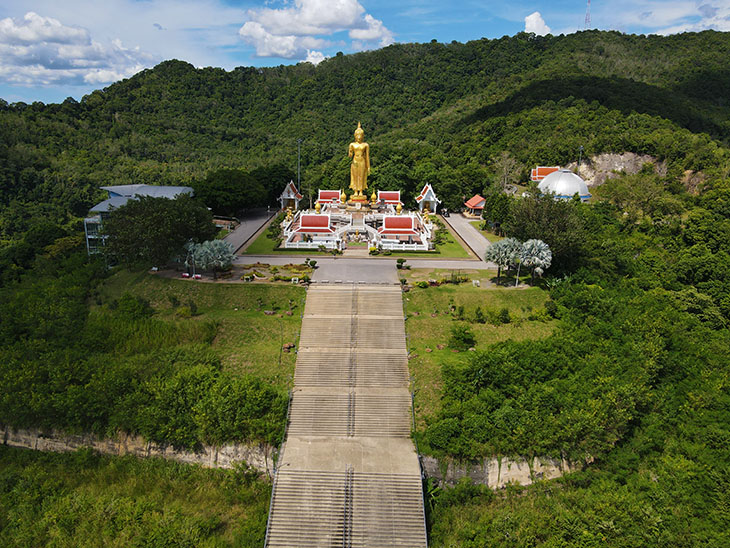 This time I’d figured a sneaky way to walk to the top, up some fairly hidden stone steps, which would save me disturbing the tourists by them having a drone nearby. I needn’t have bothered. There weren’t any. 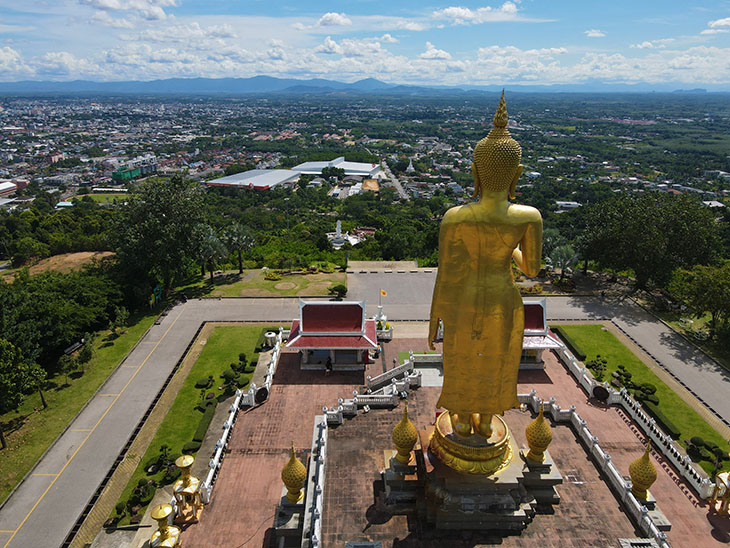 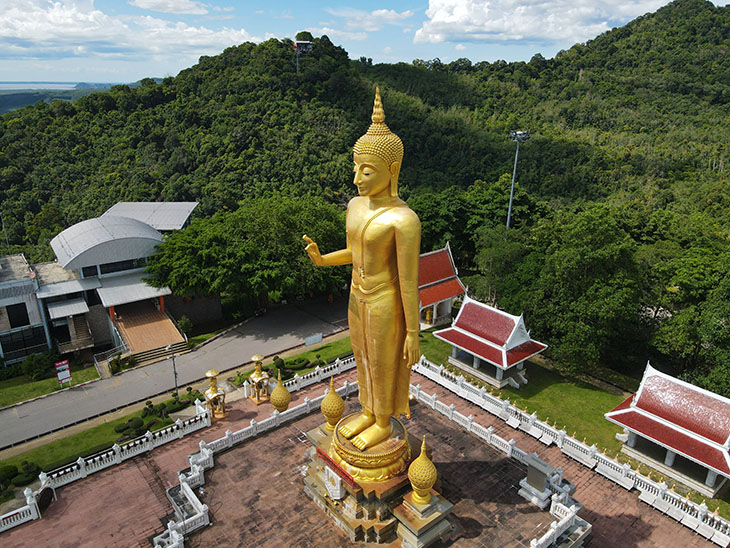 Somewhere around this time I must have had lunch. Oh yes, I sat by the lake eating some 7-11 sandwiches. They’re the strangest things. They use three layers of bread and two layers of filling. And the filling is always something unidentifiable, but reasonably edible.

All that was left for the day was to get some beach shots in Songkhla city. Easier said than done. The airport is slap bang in the middle of the town, and most of the beach area is of course a Restricted Area. But I did get permission to fly close by, to a maximum height of fifty meters, and flew so around at 49 meters to get these shots of Samila Beach… 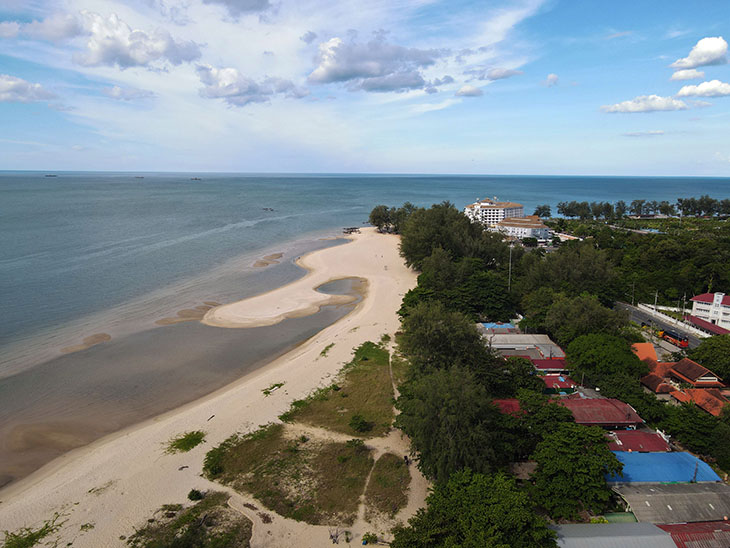 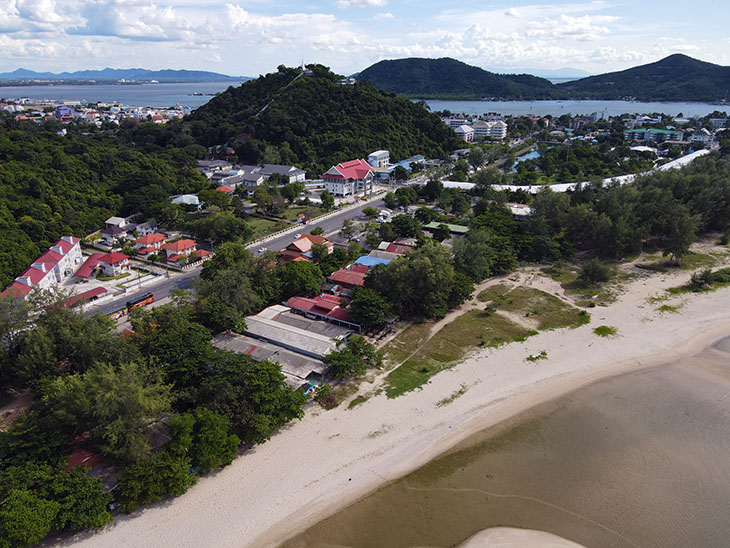 And no, I’m not being funny. When you get permission to fly in what’s called an Authorization Zone, your flight app gets programmed to prevent you flying too high or too far. In fact I kept getting warning messages saying that I flew any further I may not be able to “return to home.” Scary stuff.

Next it’s the trip home and some (not very flattering) comments about Songkhla Old Town.