… Plus Oyster Farms and Mangrove Swamps.

After yesterday morning’s epic beach-hunting failure, wherein I only found quelques arpents de merde (with apologies to Voltaire and those of a kakologophobic disposition) I set out again mid-afternoon, in the hope of making amends.

Remember last week’s sunset pics? I was up at Don Sak, near to Wat Khao Suwan Pradit and standing at the Lomprayah ferry terminal. It has a clear view across the sea towards Chumphon; but looking slightly left, there is the rest of Surat Thani province sticking out. It’s an area I haven’t really explored, except for the seafood restaurants and market at Ban Pak Nam Kra-Dae. I always imagined it being nothing more than commercial fish farms and mangrove swamps.

Well, now I can confirm it is nothing more than commercial fish farms and mangrove swamps.

Except for some sea views and a wat or three.

I started on the north shore at the tiny village of Ban Chonkhram, which has views back towards Don Sak. If you look carefully below, you can see Wat Khao Suwan Pradit in the center and the ferry pier to the left…

If your eyes are like mine you can just about make out the wat, but the ferry pier? … hmmm, maybe. It’s the long white strip, about two pixels deep.

Looking the other way, the view is slightly less interesting… 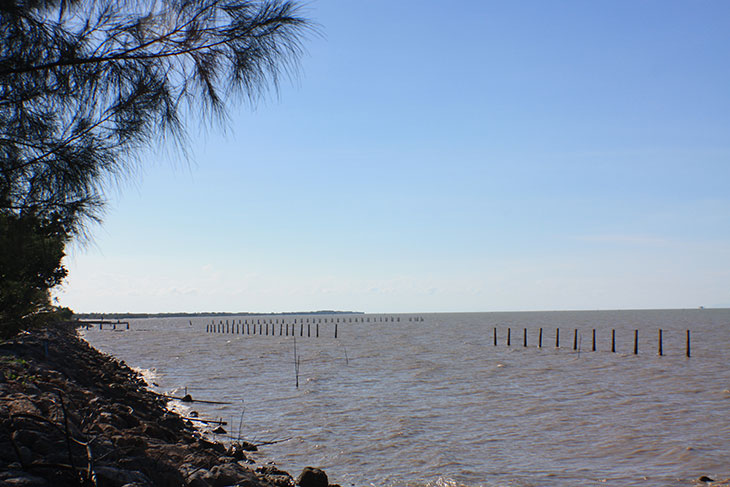 To be honest, the inland views were the best… 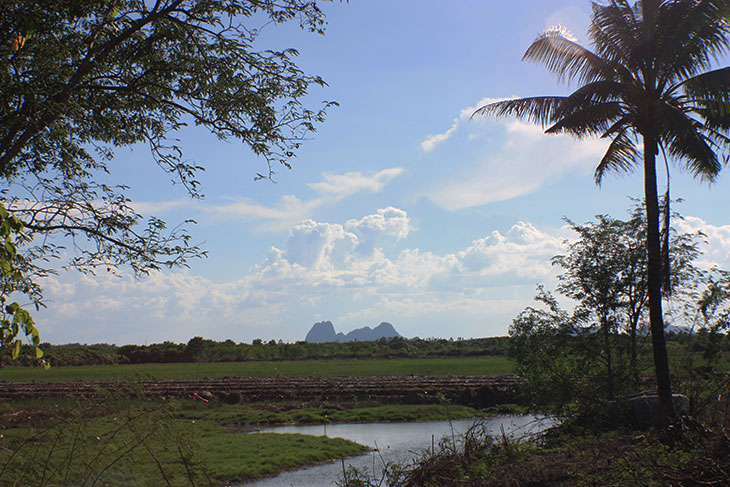 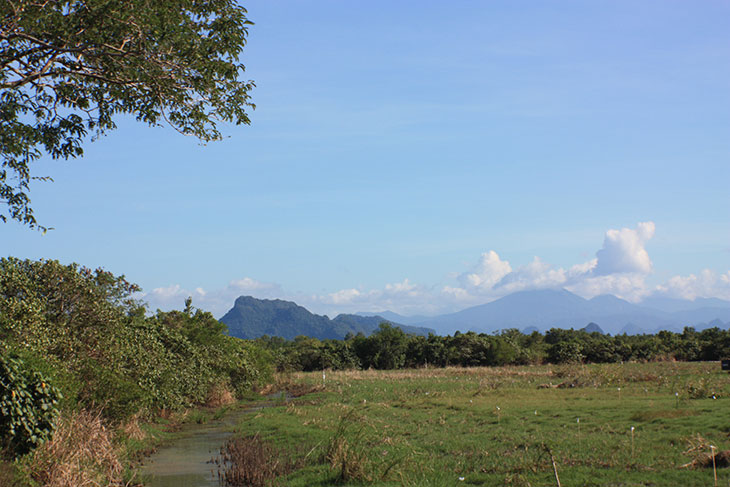 It was one of those super-clear days when it would have been criminal to stay indoors. Which is why I went out twice.

Maybe I should have gone out for the day. I could have compiled a whole catalog of places not worth visiting. Not that I didn’t enjoy the trips. It was the weather that made everywhere look extra bright.

So, from the north shore, I followed the coastline west and south, but a few kilometers inland, until I reached the area of Wat Khao Phra Nim. The river views were nice… 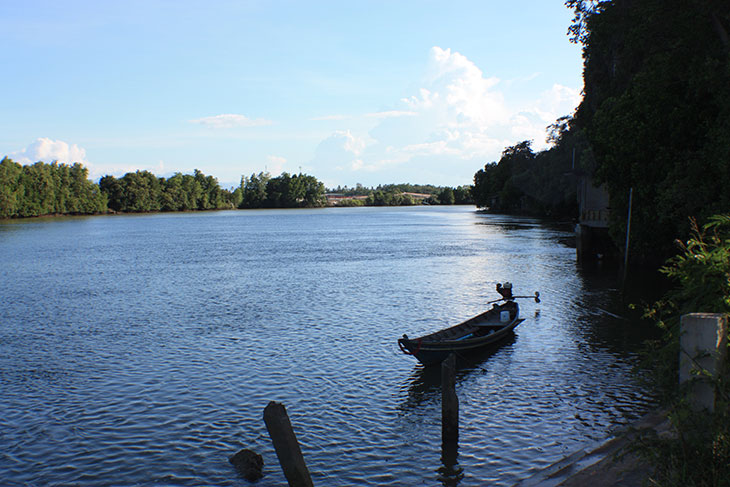 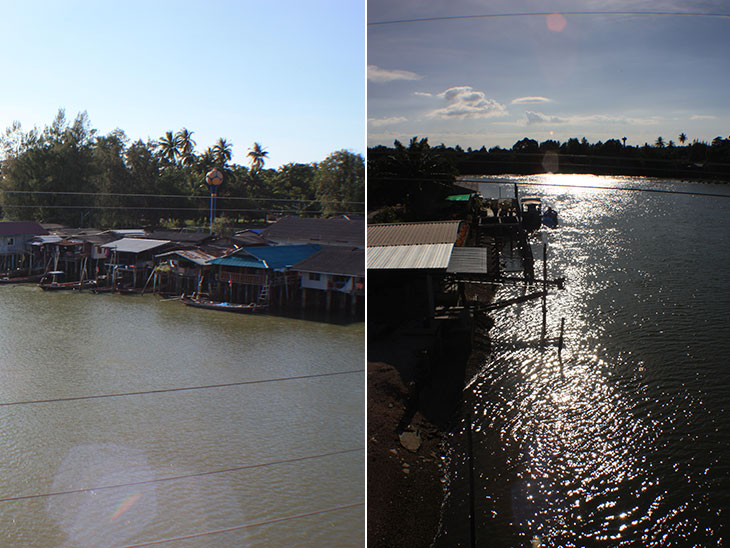 But the wat is just one large deserted open hall… 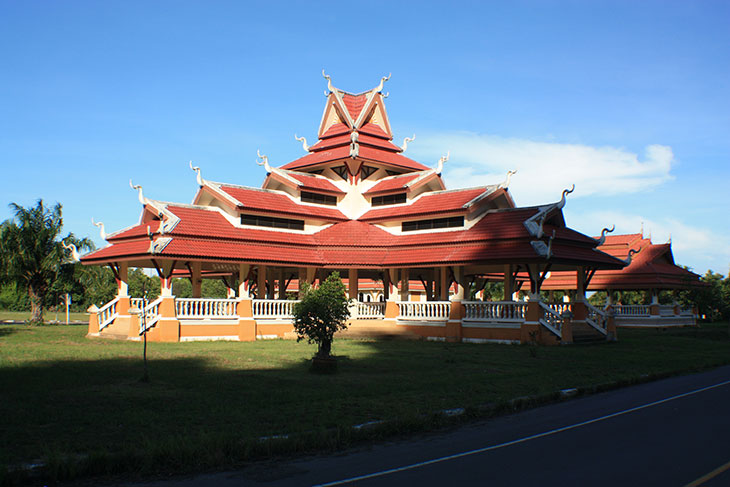 …strangely with a Chinese temple on the same piece of land… 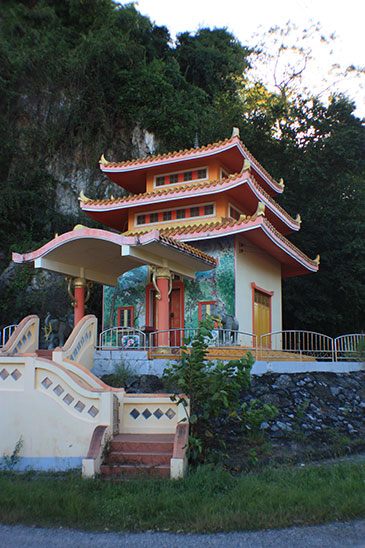 Now, Google Maps has images showing aerial views, which must either have been taken from the top of that hill behind the Chinese temple, or someone had a drone.

And yes, I will get back to the Drone Diaries soon;

And no, I wasn’t about to climb the hill to find the view.

So, not a huge amount to show for a whole afternoon.

But I learned where not to go again, and I really enjoyed being out and about, just tootling.

I think my epithet should be “I live therefore I tootle” – in Latin of course. But strangely Google Translate doesn’t seem to know the Latin for tootle 🙂