Following on from yesterday’s article…

I realize I didn’t quite finish the story of the lake trip. Well away from the shore there is an area of clear water, by which I mean, no waterlilies. Here there be fishermen… 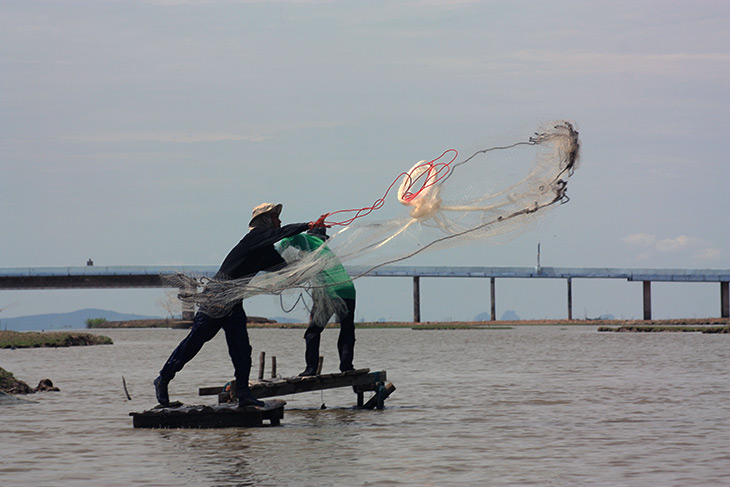 I’m not sure about this guy. Maybe he likes to do things the hard way, or perhaps he lost his net… 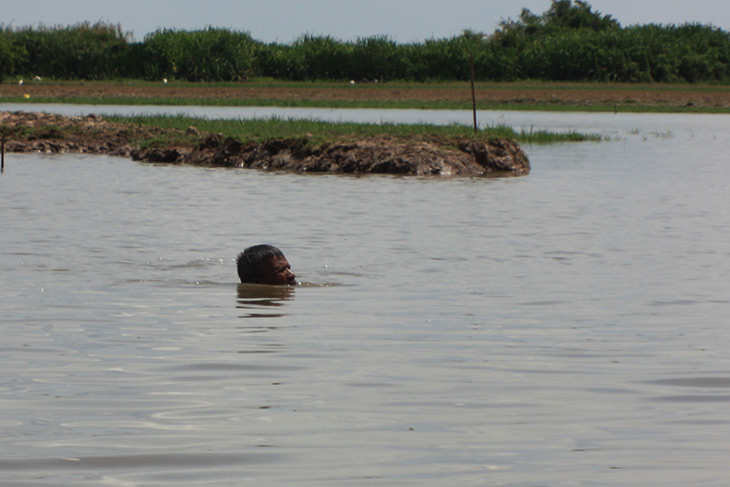 But here’s the right way to do it… 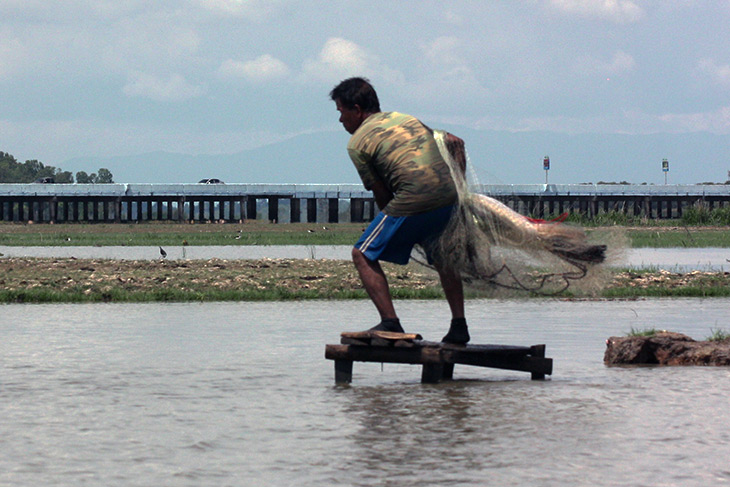 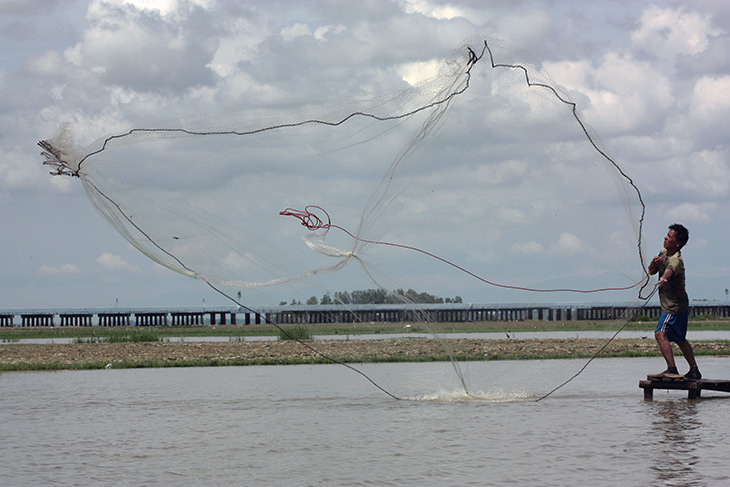 Anyways; once back on dry land, I had a little nose around the town. It’s famous for an old tradition called krajud … the crafting of mats, baskets, etc., from dried local grass… 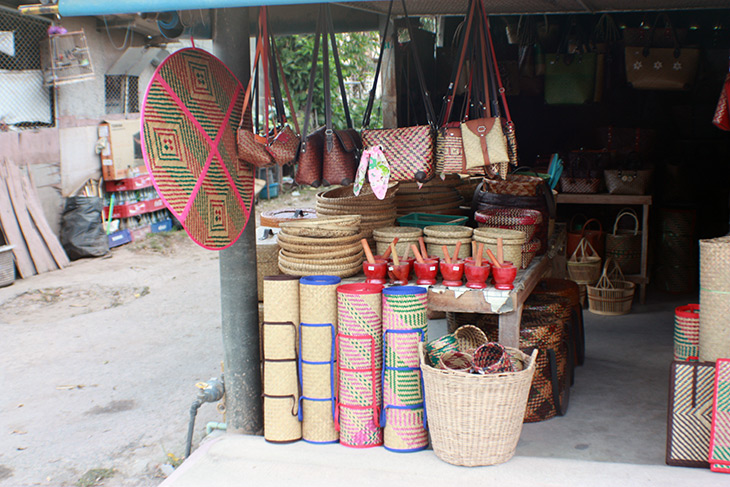 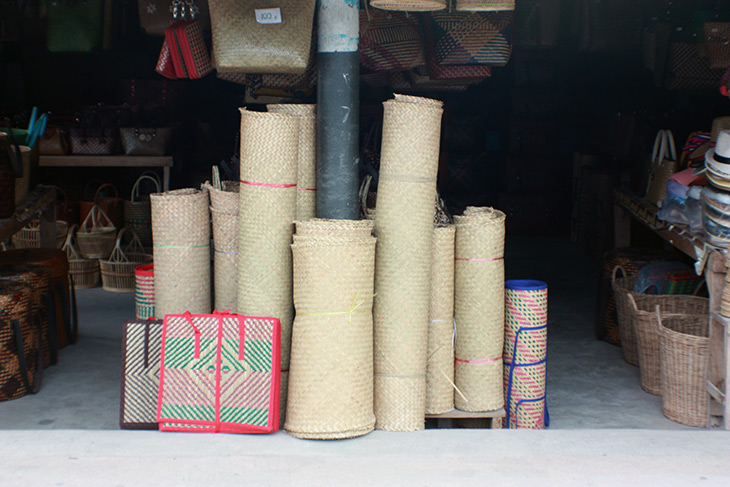 I’d like to be able to say “Been there. Done that. Have the krajud to prove it” but frankly I have enough clutter in my life. I could probably hold three garage sales and still have too much. So, I am happily krajud-less.

At this point, I jumped in Bert and tootled along the main street looking for… 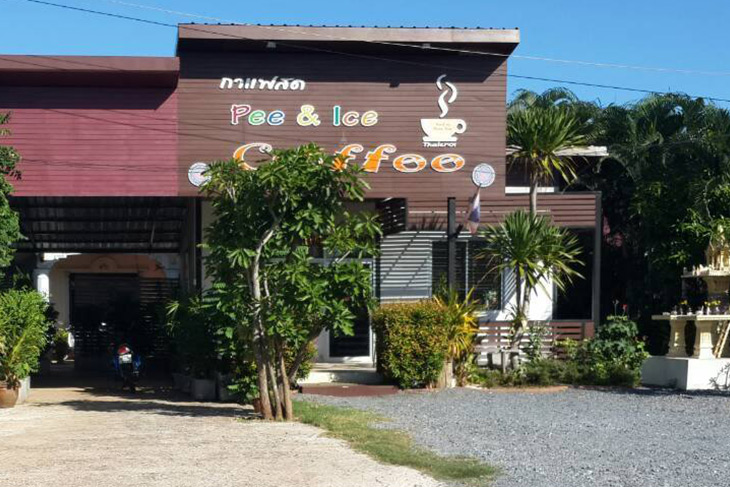 The place has a Facebook page, but I failed to find it. I’m guessing with a name like that they didn’t stay in business very long!

So, then it was about ten kilometers south to the Pak Pra Canal. This is where Thale Noi joins Thale Sap, and where you can find more fishing activities. But here they make it complicated, using these bizarre-looking contraptions… 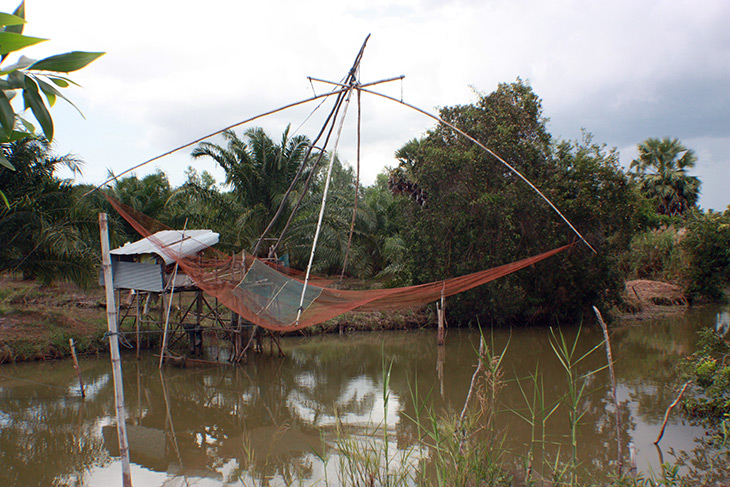 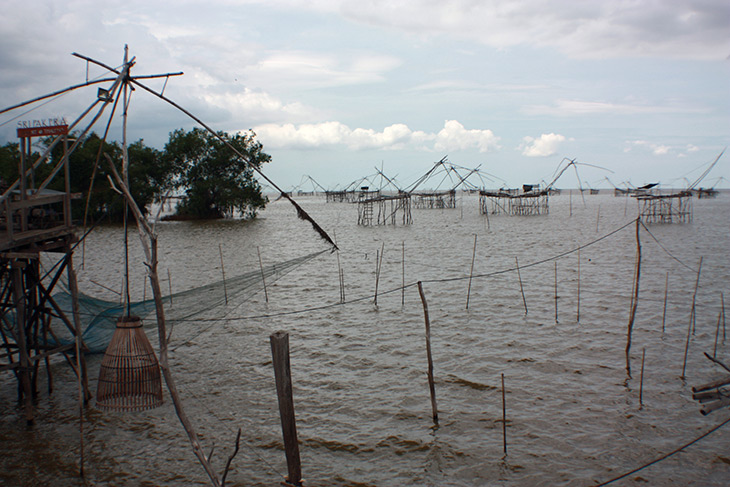 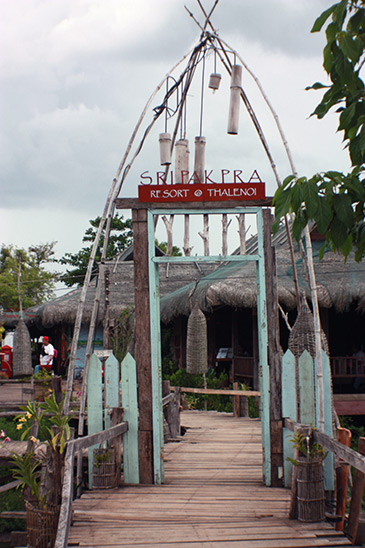 By this point it was around lunchtime, and I’d made a mental note of a nearby resort – Sri Pak Pra – which sounded interesting, so I wandered in. Then I wandered around. And next I wandered out. It was one of those “Don’t look now, there’s a farang here” kind of places. I don’t like being ignored, aside from which, the buffet lunch looked decidedly uninteresting.

So I headed back into Ban Thale Noi and found somewhere that looked a little like the Pee & Ice Coffee place.

I don’t know how they stay in business. It was a public holiday, it was lunchtime, there were five or six people working there, and I was their only customer. And for a generous portion of shrimp fried rice with a hot cappuccino, which had to be accompanied by the obligatory ice water and a large pot of tea, they charged me the princely sum of THB100. (US$3, £2)

Naturally I took photos. These days it seems to be illegal to eat anything you haven’t photographed. I also took pics of the inside and outside of the restaurant. I had my iPhone in my pocket, so that was the easiest camera to use.

Today, my iPhone seems to be stone cold dead. This is not good. It’s been on charge more than an hour, and nothing. Won’t turn on. So, I’m sorry, but I can’t show you my shrimp fried rice.

Maybe the lesson here is not to buy cheap batteries from China. My original battery overheated and expanded to about twice its normal thickness, pushing the back off the iPhone. So, I bought another by mail order about six months ago.

Changing it was a challenge. Taking out the old battery was not so hard. There are only four screws. Two to open the case, and two to remove the battery. They are a special kind of screw, and are also minute. The battery came with a special screwdriver.

If you take a pen and make the smallest possible dot on a piece of paper, that’s the size of screws! They are not so hard to take out, because you know which end is the head, and you don’t have to hold them. But when it comes to replacing them, they are so tiny, you don’t know which end is which, and they are just about impossible to hold. It took an hour to fit four screws. Now I’d better dive in there again to see if something has become unscrewed!

I also took a photo of a passing truck that was watering the road. Why? Well, I couldn’t believe my eyes. Thailand is desperately short of water. Reservoirs are low or empty. It’s a serious situation. So, why would anyone think it necessary to spread a precious and dwindling resource all over the road – especially as it had just started raining!

For me, the rain was something of a novelty. I hadn’t seen any for three and half months! Yes, really! It lasted about two minutes, and fifty meters down the road it hadn’t rained at all.

But it was clear there was considerable rain around, so I decided to cut short my trip. The other things on my list can wait for another day. I replanned my return journey to take in a road that runs right through the middle of Thale Noi lake… 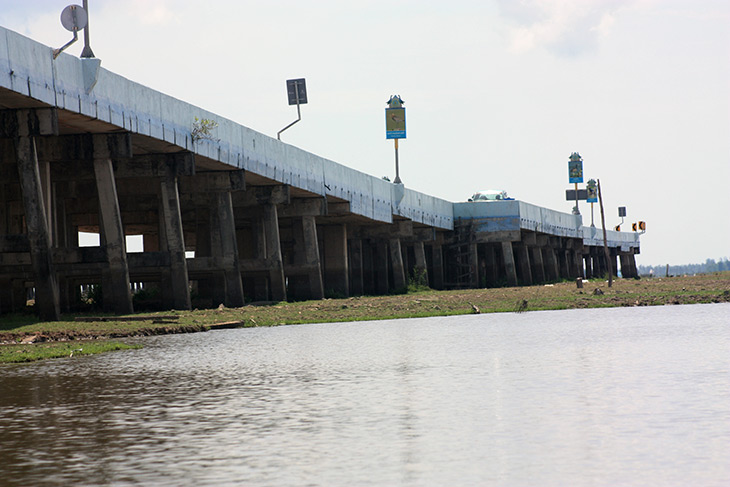 It’s quite new, and well designed, with a clearly marked cycle lane, plus sensible stopping places. It was from one of those that I spotted these water buffalo… 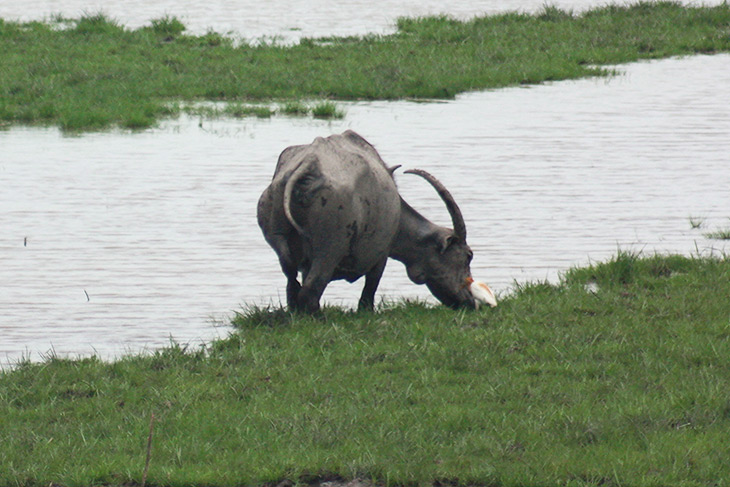 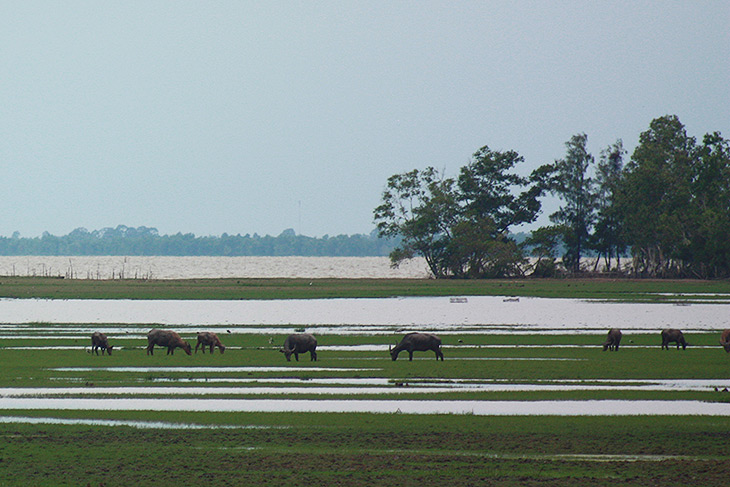 And from there it was an easy drive home on mostly rural roads, but made more difficult by an hour of torrential rain.

Needless to say, there was no sign of rain here in Khanom. From here I’ve seen rain inland, and I’ve seen rain over Koh Samui, but here, I think there must be some kind of mystical force keeping the rain away. Or maybe it’s something to do with the nuclear power station up the road! Now there’s a scary thought.