Yes, I know, I’m supposed to be out touring the region, visiting lots of interesting places and taking some great photos. But, for the last few days it’s been seriously gloomy and overcast with some rain. And if the weather forecast is to be believed it’s going to stay like this for a while.

I’m not sure it should be believed though. According to a forecast last week, on the days I’d had planned to go touring, we were supposed to get three days of heavy storms. Needless to say, the weather was spectacular, and I sat here wondering why I’d bothered to believe AccuWeather.

But “What’s this about bollocks?” I hear you ask. Blame Richard Branson.

I’m reading his autobiography “Losing My Virginity.” I can’t imagine why I would be so stupid, except I’d read some good reviews, and the book is supposed to contain good business tips. Well, it certainly has tips on things not to do. 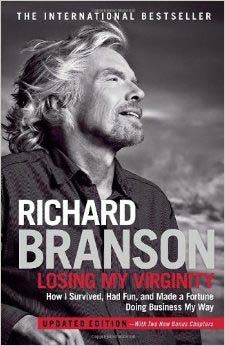 I have so many good books waiting to be read, that after only a few pages of his ramblings, I was already regretting it. However; I rarely stop reading a book. I know you can’t judge a book by its cover, but I don’t think you can judge it from the first fifty pages either.

I still haven’t recovered from plowing through Condoleezza Rice’s autobiography … all 880 pages of it. It should have been labelled “Republican Party Propaganda.” And when you find erudite sentences such as “We landed at the airport.” you have to wonder if it was ghost-written by Enid Blyton. But that’s a story for another day, or not.

Returning to the subject; the thing is, I think the Branson’s an idiot. I’ll never forget him being interviewed by David Frost on Al Jazeera. Frost was asking him about his new book, a subject you’d think he would know something about, as he (or perhaps Enid Blyton again) had just finished writing it. But his responses could only be described as incoherent babble. Frost just sat and stared in disbelief, as did I.

Anyways, I was hoping the book would my change my mind. I mean, how can an idiot run so many successful companies and have so much money?

Well, having now read the first half of the book, I still think he’s an idiot. A very very lucky one. It seems that throughout his life, he’s done some really dumb things, and every time either dumb luck, or someone, usually friends of his well-connected parents, have bailed him out. By rights, he should have been locked up years ago. IMHO of course:-)

Which does finally bring me to bollocks…

In November 1977 Virgin released an album “Never Mind The Bollocks, Here’s The Sex Pistols.” I have no recollection of that. I must have had something better to do that decade. But apparently the album’s name caused quite a stir. “You can’t say bollocks” people said.

“What on earth’s wrong with bollocks?” Branson asked. “It’s one of my favorite words.” Well, it seems he and I do have one thing in common. 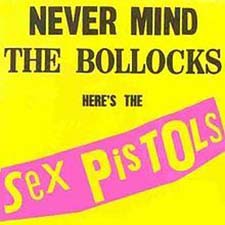 The manager of one of Branson’s record stores was arrested for prominently displaying a poster with the album’s title. So, using his connections, Branson made contact with a linguistics professor, who agreed to be part of the defense. Said professor claimed that “bollocks” actually meant “priests” as their sermons are widely considered to be a load of rubbish. The judge bought the story and the record store manager was acquitted. Okay, that seems fair, especially as the whole matter was really a way for the establishment to give Branson a proverbial poke in the eye, or bollocks.

I almost believed the professor’s story, but it only needs a small amount of googling to learn that bollocks really does mean testicles, and always has… since the tenth century in fact. Okay, there apparently was a small period in the 17th century when bollocks also meant priests, but I have a feeling the good professor perjured himself.

Anyways, that’s gotten that out of the way.

But the story reminded me of my mother!

You see, she had rules. Lots and lots and lots of rules, many of which involved what words you could say, and especially those you could not. Bollocks was definitely on the second list. Other words included “shit” which I inadvertently exclaimed one day. We were not amused.

What I would love to have told her, had I dared, was that words can only offend you if you let them.

I mean, I could have said “merde” and she wouldn’t have had a clue what it really meant, and would not have been offended. But shit had somehow been declared an outlawed word, never to be uttered in her house.

You see, poppycock derives from old Danish pappekak … and pappe means soft, and kak means, you guessed it, shit. So by some twisted logic you can say “that’s a load of poppycock” and offend no one, but “that’s a load of soft shit” gets everyone’s knickers in a twist.

So the reality, as I say, is that words only offend you if you let them. I wonder if my mother would have accepted that. Rhetorical question. I know the answer.