About a week ago I was tootling around Khanom with some friends when I decided to head up a tiny concrete road which promised to lead to “Seeview Point.” 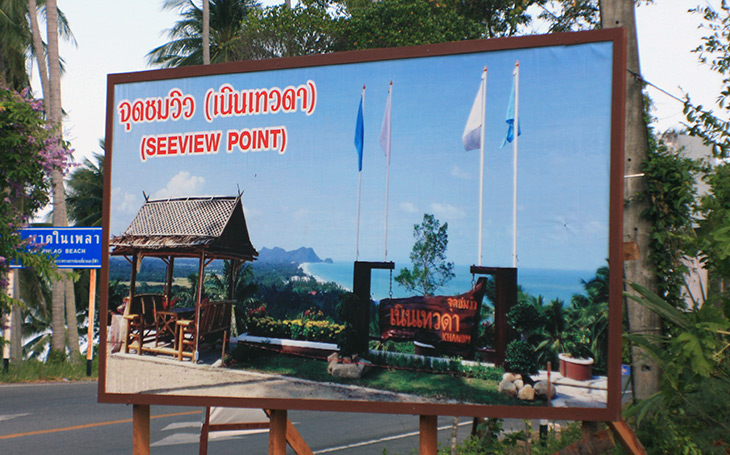 Now, I don’t know whether they mean it has a sea view, or you go up the road to see the view. Either way, it’s one helluva view.

The road starts out just fine, but soon deteriorates into a steep gravely-sandy-slippery climb. It’s just like the road up to the Hin Pad rock I mentioned a few weeks ago, but not as long. Anyhoo, at the time, I didn’t have my camera with me, plus, with the weather having been blisteringly hot for the past few weeks, the air was quite thick with a heat haze, which somewhat spoiled the view. 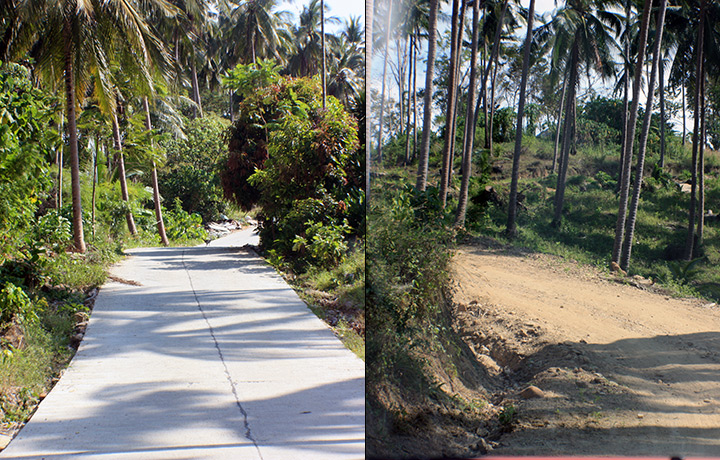 So, I looked out the window this afternoon and thought – it looks a bit clearer. I’ll head up to Seeview Point. It’s only five minutes down the road. As you can see, the air is still quite hazy and the temperatures are in the mid thirties, but today is pleasant with a strong breeze.

Once on the top of the hill, the road opens out into a large parking area which has been made more attractive with pots of brightly colored flowers. Yes, I should know what they’re called, but I’m not very good with flowers. Let me think … bougainvillea. That’s it. Thank you Wikipedia. 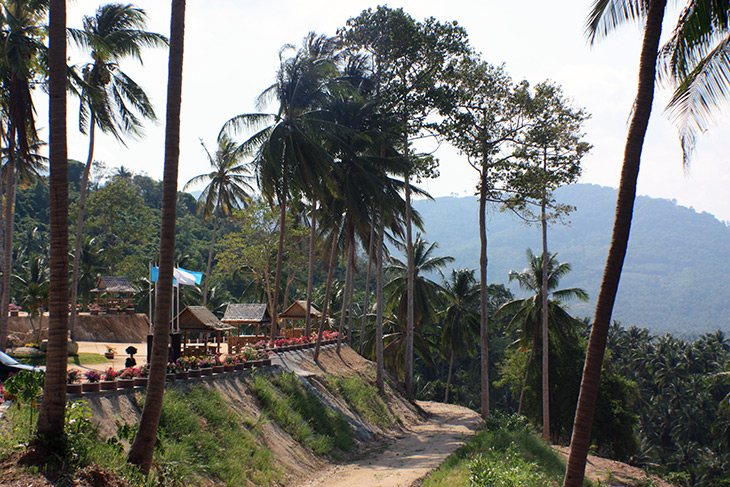 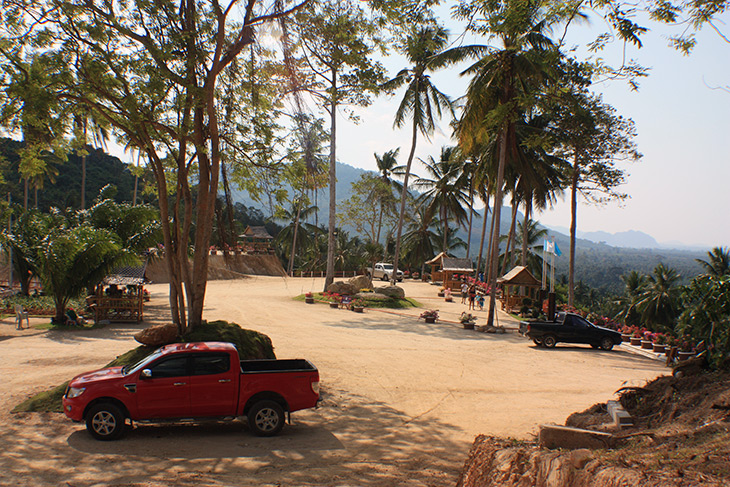 Clearly this is a work in progress. There’s a sign saying there will be a restaurant. Nothing has been paved. Some roads lead off into nowhere. One area looks like a parking lot for a hundred buses. Good luck getting them up that road. But in its current state it seems to be virtually unknown. 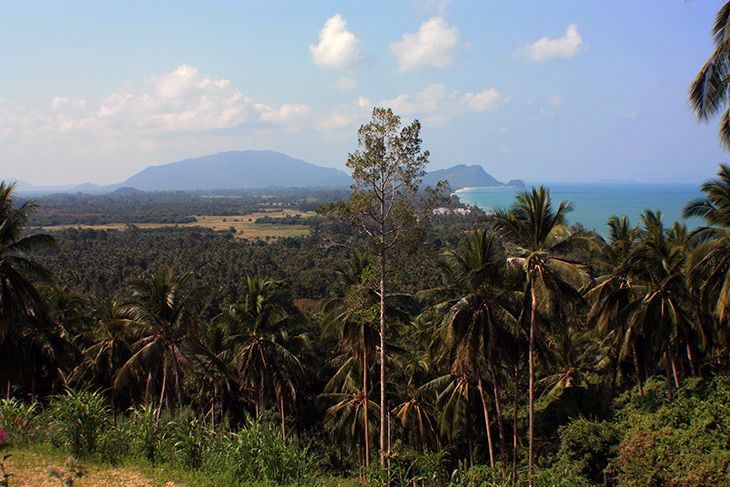 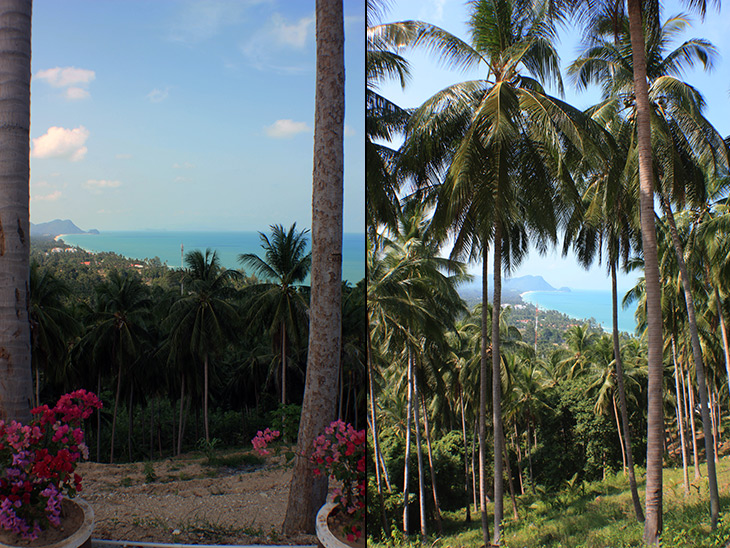 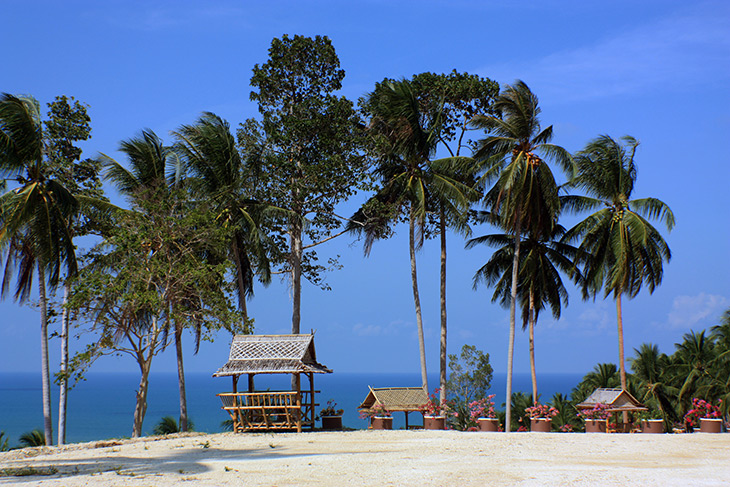 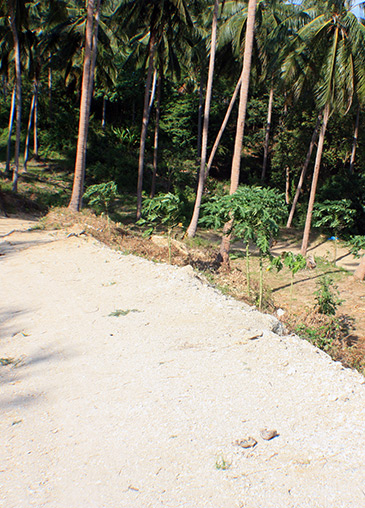 There’s a winding road on the back of the hill which makes it look like they might be thinking of a one-way up and one-way down system. That would be good. But probably not in my lifetime.

I wasn’t alone, there were a couple of other cars; but it’s pleasantly peaceful. Given that there is absolutely no sign of any ongoing construction, I’m hoping it will stay this way for a long time.

The bamboo seating areas (lanai I think they’re called) are cool and breezy, and overall it seems like the perfect spot to sit and do nothing. A few beers at sunset came to mind. 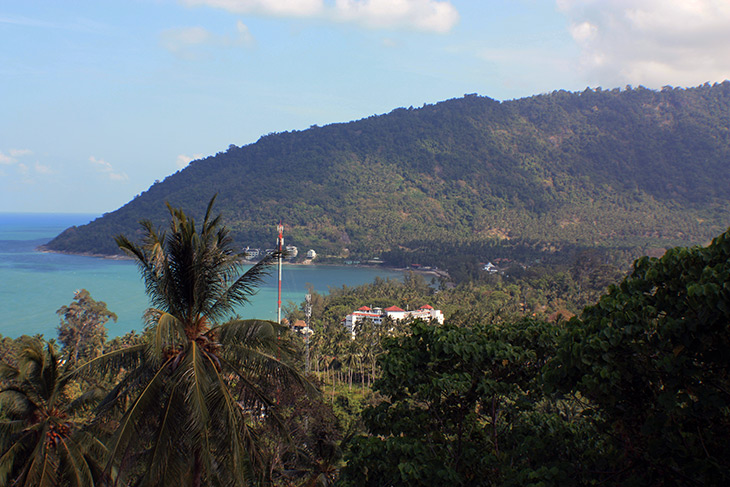 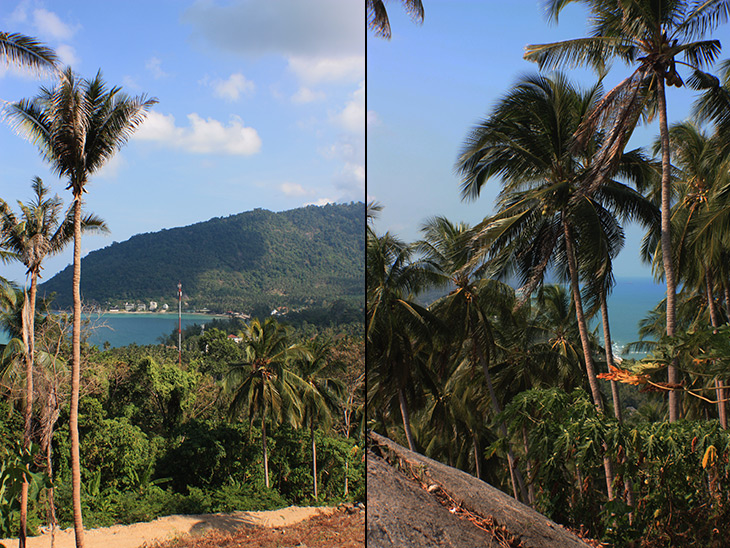 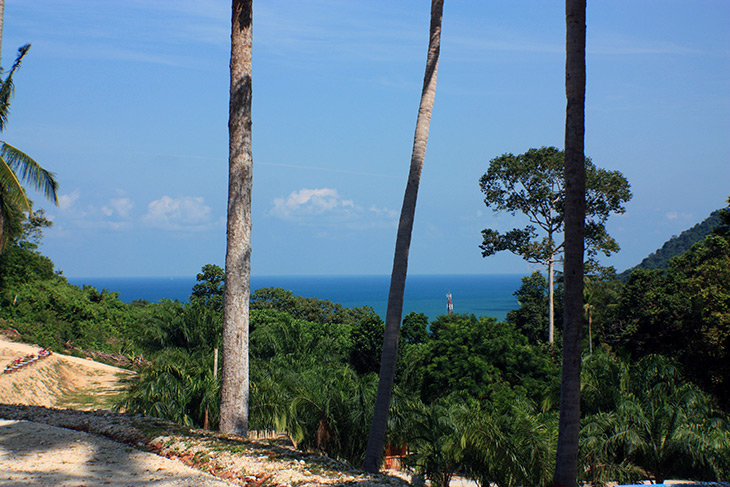 Actually, exploring one of the back roads, I found this lonely lanai, far from anywhere, which I think I could convert into my outdoor office. A cooler for drinks and food. Laptop on the table. 3G wireless internet. It even has an iPad table. What more could anyone need? Hmm, a couple of cushions would be good. 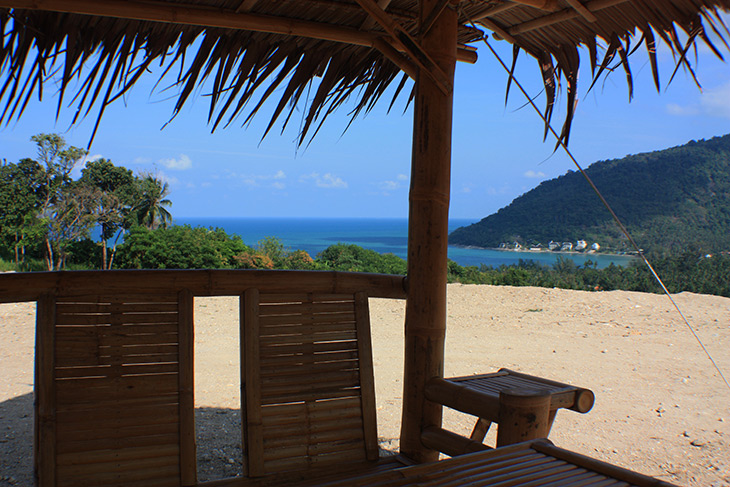