I go out, I track them down, I round them up, and then I shoot them. With a camera, of course.

There are so many tiny roads around here that look like they lead nowhere, but on exploration end-up at a spectacular beach, that I’m not sure I’ll ever find them all.

Recent weather has not been that great, so other than last week’s trip to the dam, I’ve been mostly house-bound, waiting for some sunshine before venturing out. Nowhere looks that great under cloudy skies. The forecast for today was for more of the same. I managed get in my early morning beach walk, expecting the cloud to appear, but it didn’t. Another rubbish forecast. So, I figured some beach hunting was in order.

I headed out late morning, found my first beach, picked a good place to shoot it, and then realized I had no camera. Luckily I’d only gone about 5kms, so the senile moment wasn’t too dramatic. So it was hurriedly boiled ramen noodles (always good for a speedy meal) a few shrimps added, much gobbling, and then I headed out again – with camera.

First stop was the beach 5kms away. It even has a sign … sort of … 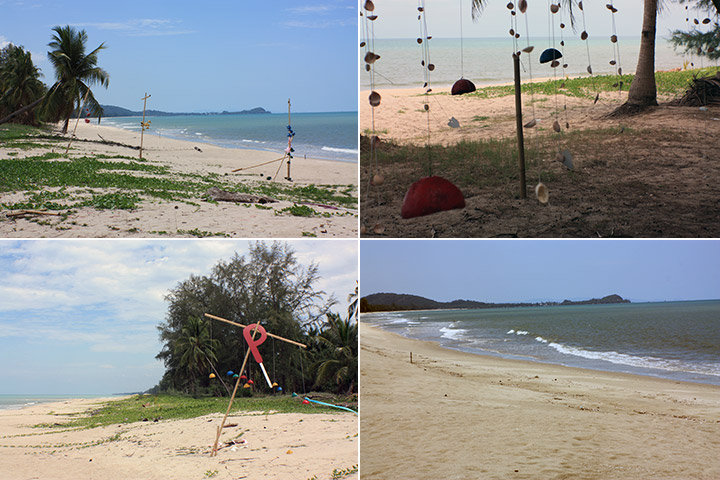 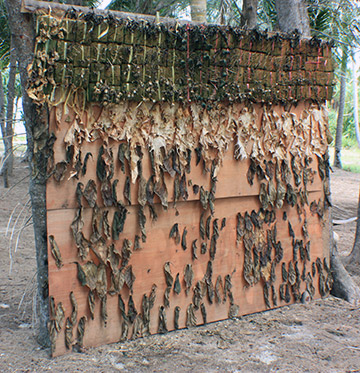 And stick things! No, I’ve no idea. Dead leaves I think.

So, it was ten or so kilometers down the road to this…

…where I found a man and his trained monkey getting coconuts out of the trees. 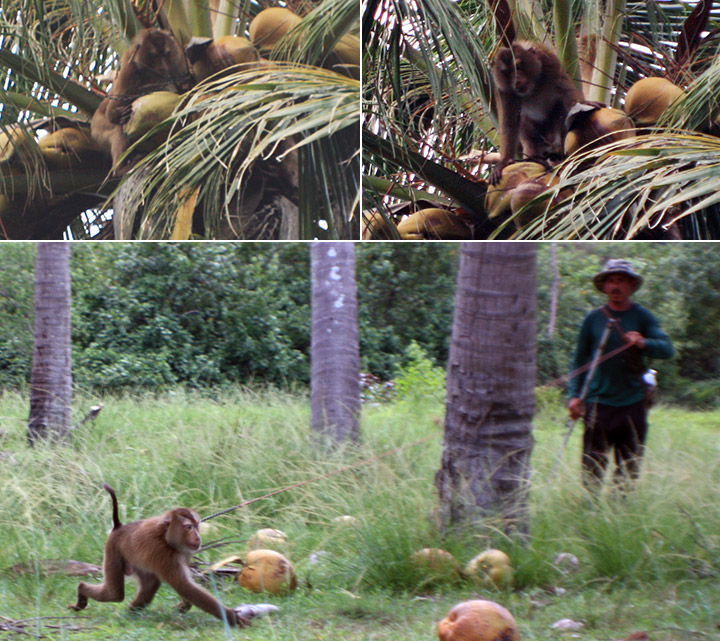 Looks like the poor fella even has to tidy them.

I didn’t hang around too long because he seemed to be taking aim to drop one on my head, and that could be fatal. If you’re not familiar with these parts, it’s a strange fact that – despite the frequent and violent thunderstorms – more people are killed by coconuts falling on their heads than are killed by lightning!

And on that cheerful note, I’ll leave you with one more “bech”…