This morning the reflection of the sun off the sea woke me well before 7am. No hardship there.

I briefly thought about leaping out of bed and going somewhere. I haven’t seen much of the sun for the past several weeks. But, I quickly remembered that, at this time of the year, early morning sun almost always means overcast by 9, and rain by 10, so I put that thought out of my mind.

But amazingly, it was still sunny at 9, 10 and 11, so by midday I figured I’d better get out of here after all. It was an unplanned trip, not far from lunchtime, so where better than Khanom. I was at Khanom Seafood last week in the rain, so I picked somewhere different and settled on a place called the CC Beach Bar and Restaurant. It was through their website where, quite by accident, I learned about the road up Dat Fa Mountain.

On the way to Khanom though, I had to pass this mobile jungle!…

I think you won’t be able to fault my choice of restaurant. It’s right on the beach… 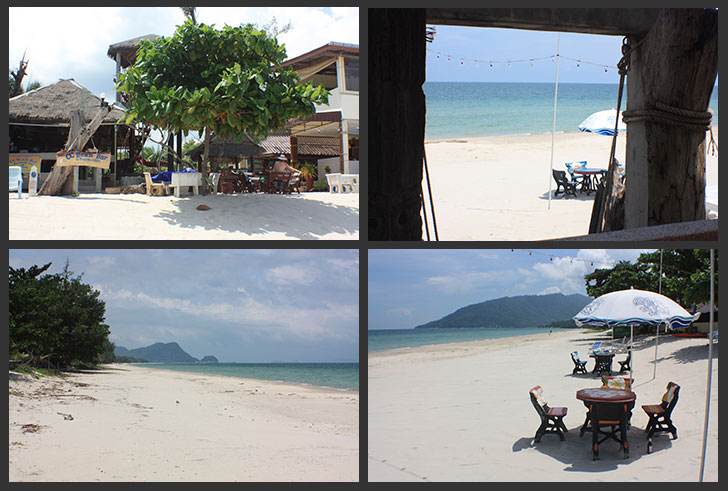 Even though having sampled just one dish, I have to say the food is really good. I picked the Pad Thai with shrimps wrapped in a thin omelet. See below for that, and my lunchtime view… 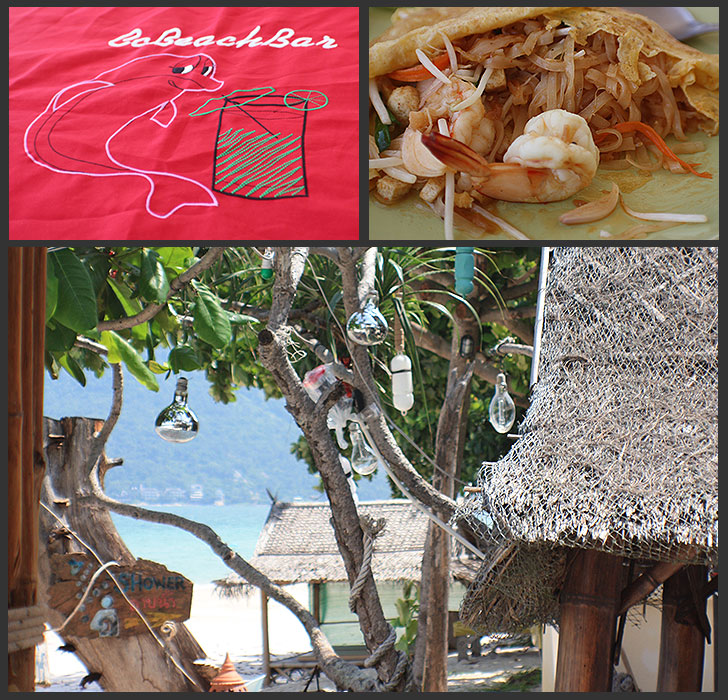 Afterwards I thought, well, I’m out now, I’d better tootle around the general Khanom area and see if I can find something new. I did check first, and tootling is quite legal in this part of Thailand, even on Wednesdays 🙂 I’m reliably informed it’s impossible to get a haircut on a Wednesday, but you can tootle!

A little ways north of Khanom I saw a sign to a Coral Chedi, and guess what, there is a chedi made of coral. You may think I’m stating the bleeding obvious, but many roadsigns in Thailand seem to indicate something vague. Like, if you continue 20kms down this road, take two lefts and three rights where there are no signs at all, you may find what you were looking for, but more likely not.

But the road went steeply uphill for about a kilometer, et voilà here is the chedi made from blocks of coral… 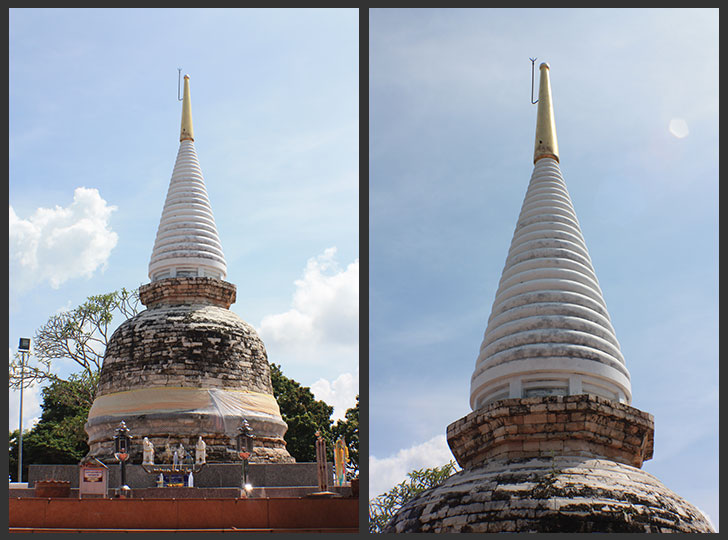 Walking up the steps though, I almost stepped on these guys…

I was walking on the shady part because the tiles were hot enough to fry an egg, or a pair of bare feet. If you’re wondering what the strange smell is, now you know. You want veggies with the fried sole? But the row of stag beetles really took me by surprise. They looked like they were waiting for someone to fire a starter’s pistol, but in fact they were quite dead.

And the view back towards Khanom was really nice…

From here I tootled around the coastal area, beaches, fishing villages and the like, taking many photos. So, do check the gallery below for the around-Khanom pictures.

Bert seemed quite happy waiting while I snapped away. He’s just had his first refill of diesel, at which point the dash told me I could drive 930kms with the full tank. Color me skeptical. We’ll see soon enough.