Don’t panic. I’m not about to burst into song. But I did visit the hills today, and I found some nice scenery, but I didn’t find what I was looking for. Or maybe I did.

After what seems like weeks of heavy cloud and intermittent rain, today finally brightened. Not early enough for me to make a day trip somewhere, but at least a nice afternoon seemed to be on the cards.

Ever since I moved to this part of Thailand, I’ve wanted to find a way up into, and hopefully through the mountains. The range runs north-south, reaching 1800 meters in places, and roads start to climb less than 20kms from here. But every time I’ve tried to find a nice road into the hills, it would suddenly stop. Not with any fanfare, but just tootling along a normal two-lane road, it would just stop being a road, and start being a jungle!

So with a combination of Google Maps and Ms. Chuckle, my GPS software lady, I did find a road that looked promising. I headed out just after lunch, but was a bit disappointed to find that after all the rain, the humidity seemed to be hanging in the hills, spoiling the view somewhat. At coast level it was spectacularly clear. I was probably making the right trip on the wrong day. Or perhaps the wrong trip on the right day. Anyhoo…

I pressed on, stopping in a few places to take pix. Nice views, but clear air would have made things better, although, there was a certain mystical (or mistical) quality to the mountains. 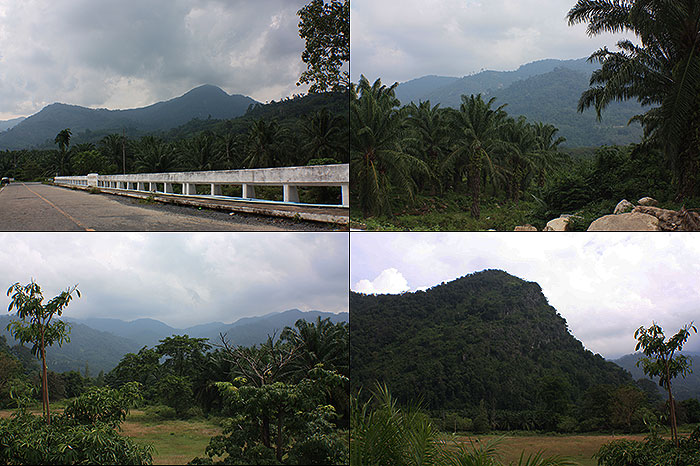 Now, no matter how many apps I consult, none of them is going to tell me the current condition of the road. And a wiggly line on a map doesn’t indicate asphalt or gravel. So, I wasn’t too surprised to find a part where the road had been washed out by a landslide, nor to discover the road eventually became a dirt track. It was navigable. There were pickup trucks and motorbikes negotiating the mud and potholes, but somehow it didn’t seem like Honda Shitty country, so reluctantly I turned back. I think I found what I was looking for – a way through the mountains – but chose not to go. The rental car company should be ecstatic, although the car does look like I just finished recce for Rally GB. 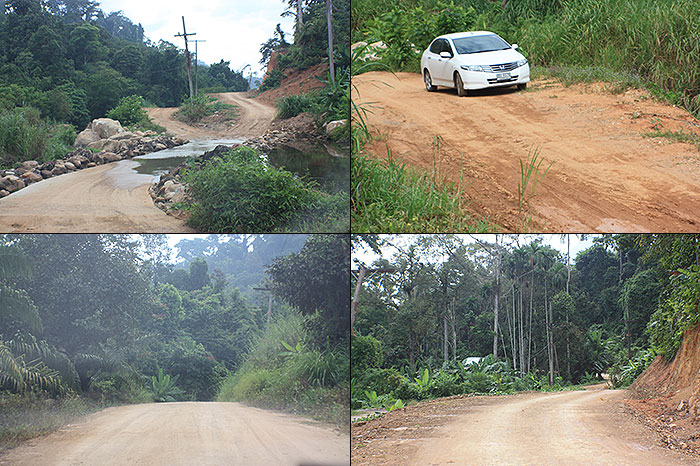 Anyhoo, it’s a trip I’ll remake once the Ford Ranger is here. Coming soon to a driveway near me!

Now I need to think about tomorrow. The forecast looks good. Will I wake early enough to make a long day trip somewhere? Well, if it really is good weather, the sun reflecting off the sea and into my bedroom will wake me before 6am. Not to mention the neighbor’s roosters which always try to wake me at dawn.