About an hour north of Mae Hong Son town, and a stone’s throw from the Burmese border to the north, is the small picturesque lakeside town of Ban Rak Thai… 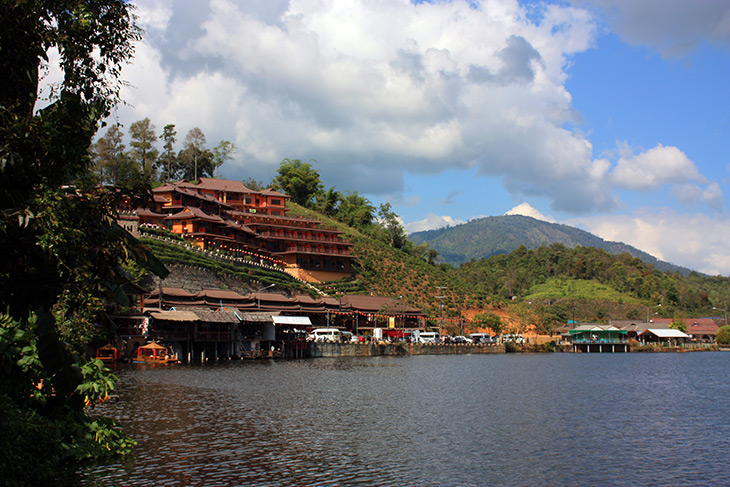 At 1800 meters above sea level it’s a bit chilly, except around midday, and the air is noticeably It’s known for its many tea plantations, and lack of tourists.

Well, the busloads who were there on Day 7 of my trip either didn’t get the memo not to visit, or they did get the memo saying I would be there.

Luckily, as tourists who travel by bus often do, they all crowded together, and pretty-much stayed in one place, allowing me to get some tourist-free photos… 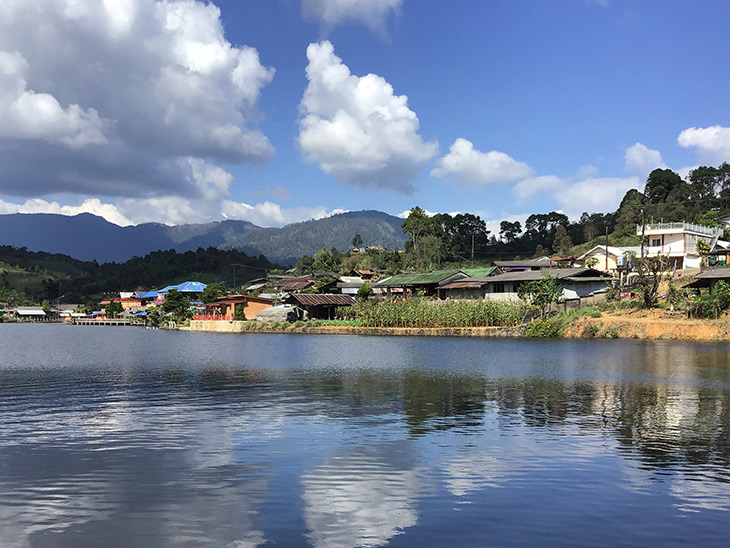 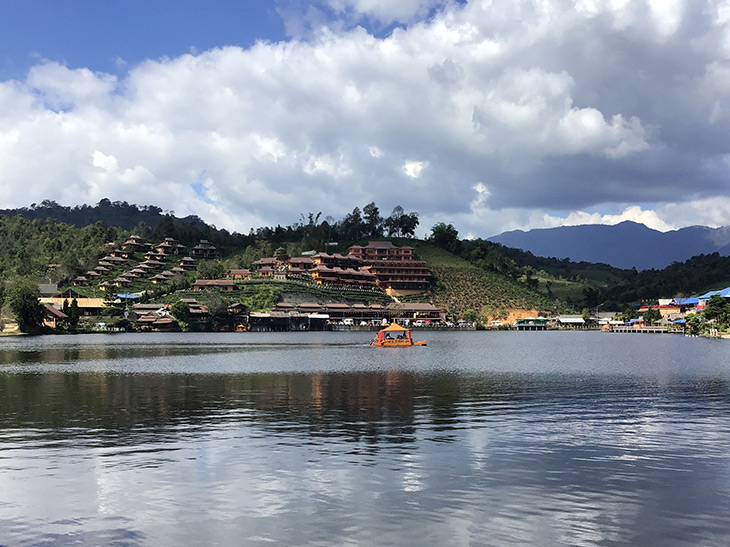 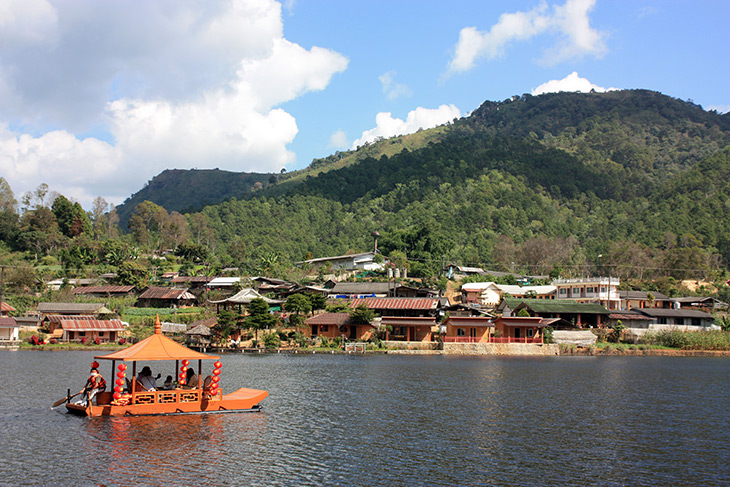 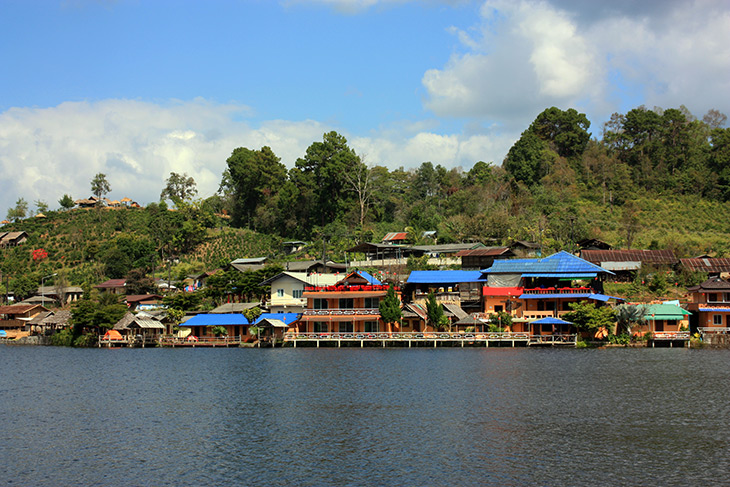 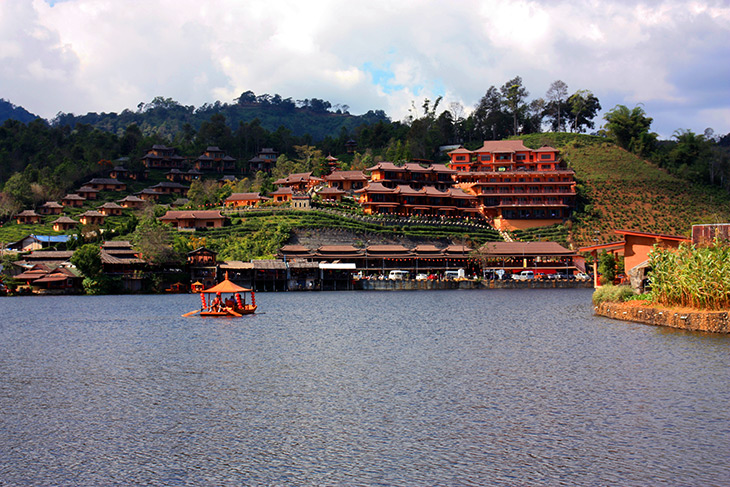 As you can see, the place has a very Chinese feel to it. That’s because it was settled by former Kuo Min Tang fighters from Yunnan Province, China, after the Communist takeover. A version of Mandarin is the most commonly spoken language. 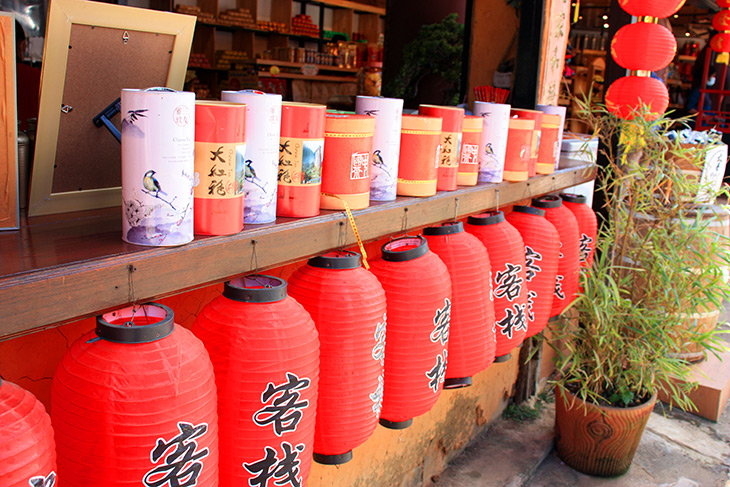 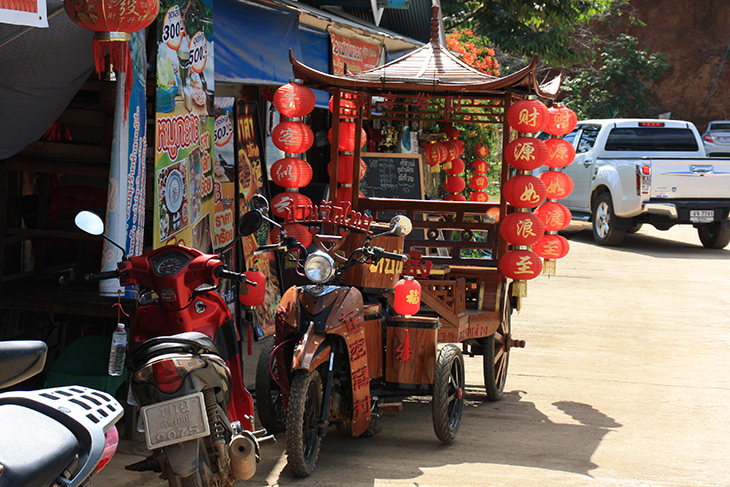 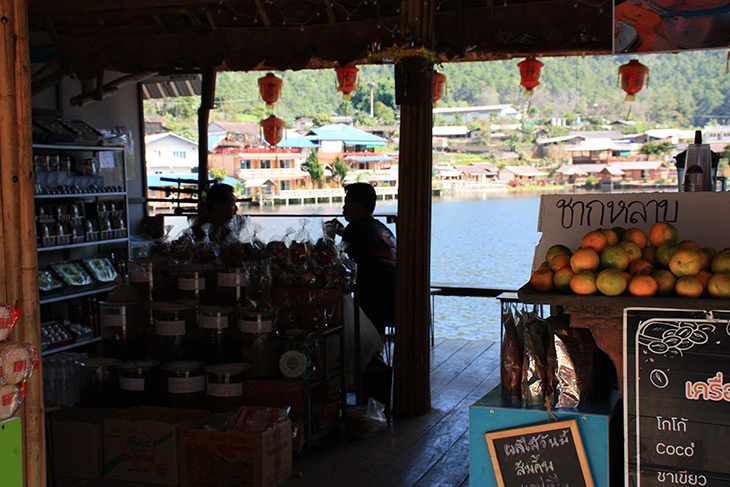 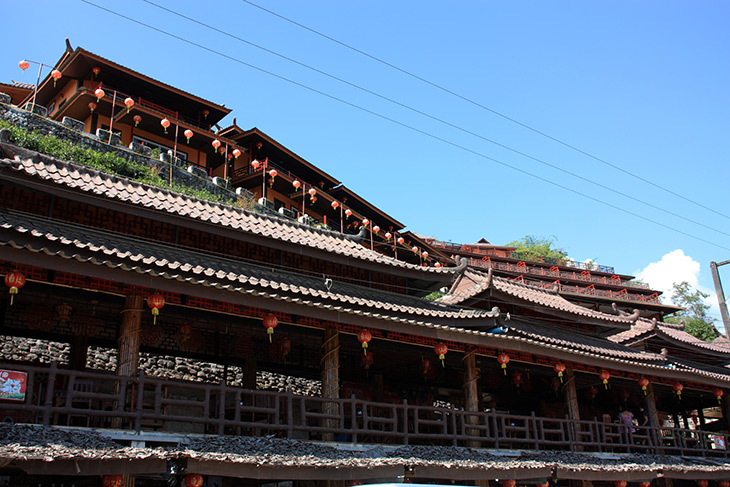 Some local friends just hanging out!… 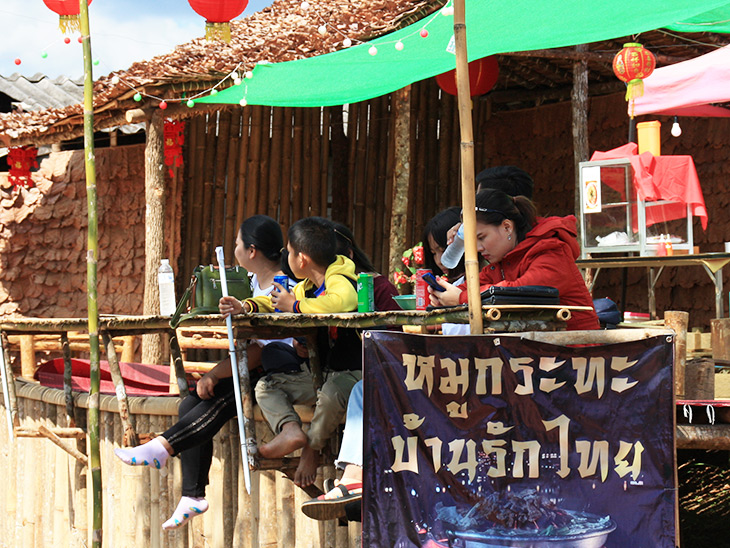 Note the writing in the foreground. It’s Thai, but written in a Chinese style. 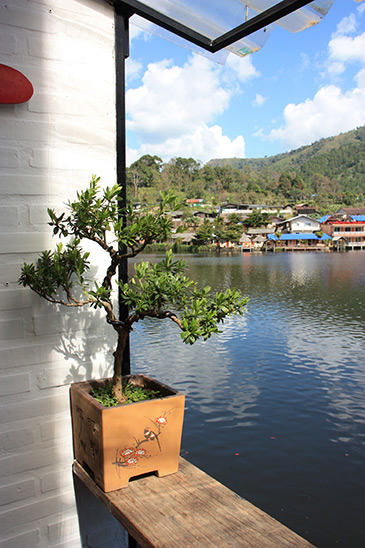 As I mentioned, the tourists all stuck together, but this meant they all hit the waterfront restaurants together at lunchtime.

This was one of my favorite places on the trip. I’ll leave you will a few more photos… 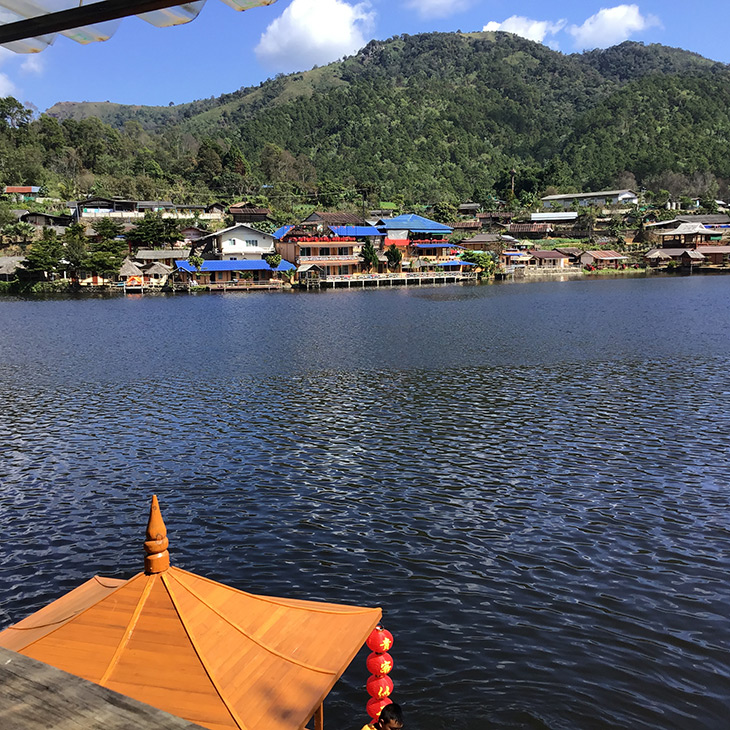 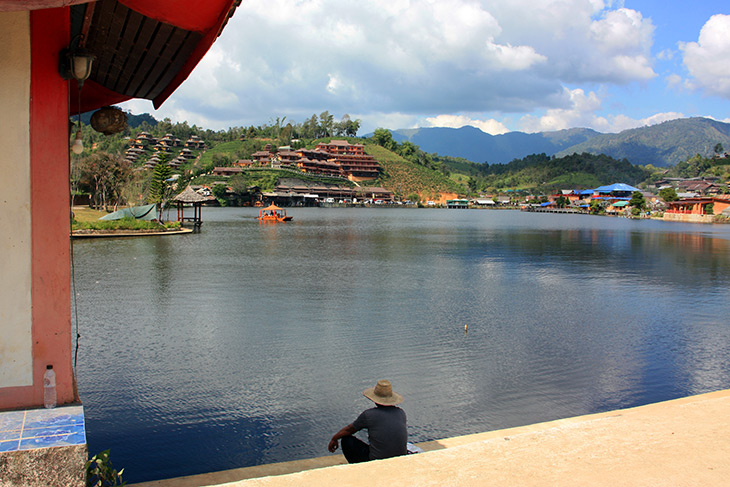 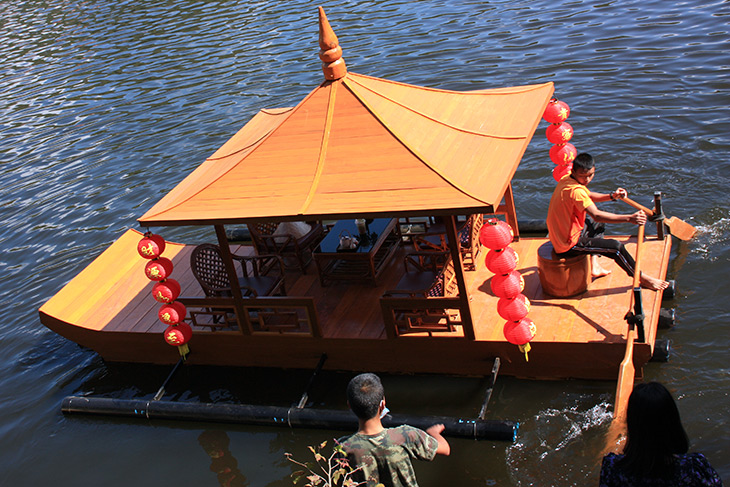 …before I head south again.