Yes, I was there almost four years ago. I wrote about it in this article, so I won’t write much more. I’ll just show you some new photos. 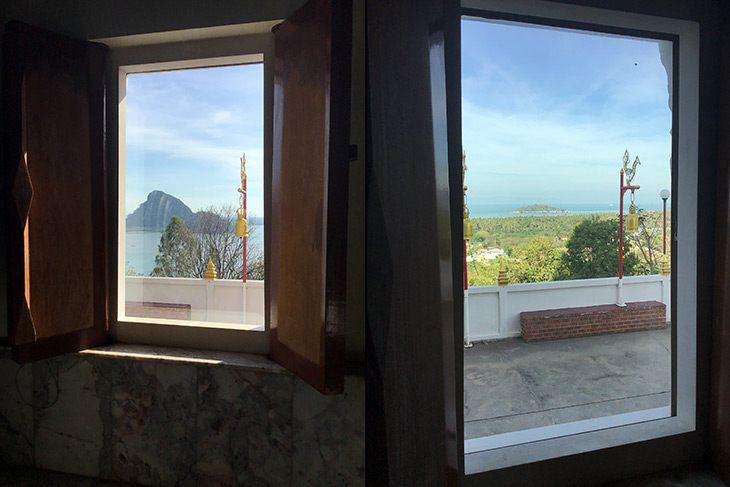 Nosing around inside, I think I found the stairway to heaven (below right)… 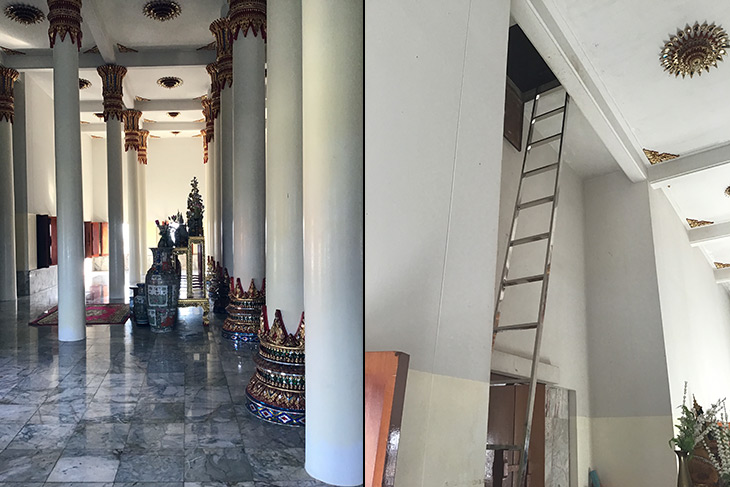 I see that four years ago I was complaining about the heat. I’m about to do that again. The past two months have been really pleasant, with lots of sun, little rain, and moderate temperatures. But now everything is heating up, and for the next few months it will get hotter. Both the day and nighttime temperatures are rising, and it’s not so nice to be out between 10am and 4pm. So I wasn’t.

Why did I even revisit? Well, I was nosing around on Google Earth and noticed the place looked different. It appeared as though some extension had been built stretching almost to the sea. So, I had to take a look; and I also wanted to evaluate the place as a possible aerial video location. Late Sunday, I headed out for a slow tootle up to Don Sak.

The first new thing I found was a steep uphill road and parking area at the back of the main wat. That saved walking up a million steps. And when I looked over the wall, I thought “Well, that’s new too”… 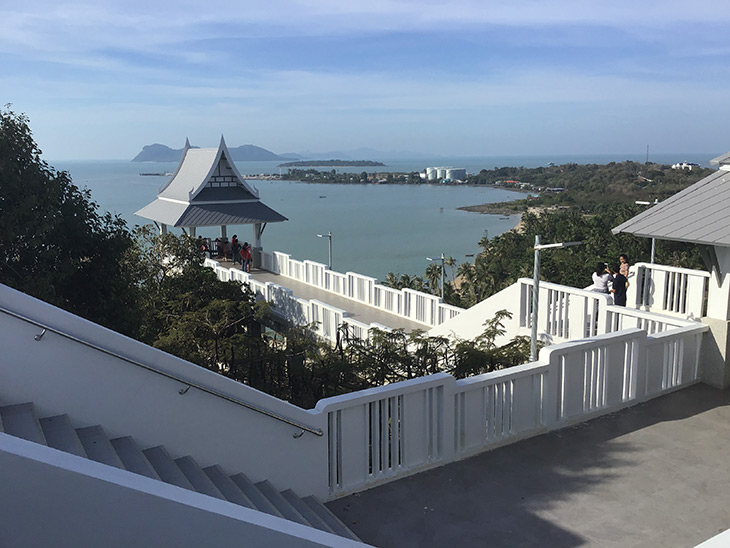 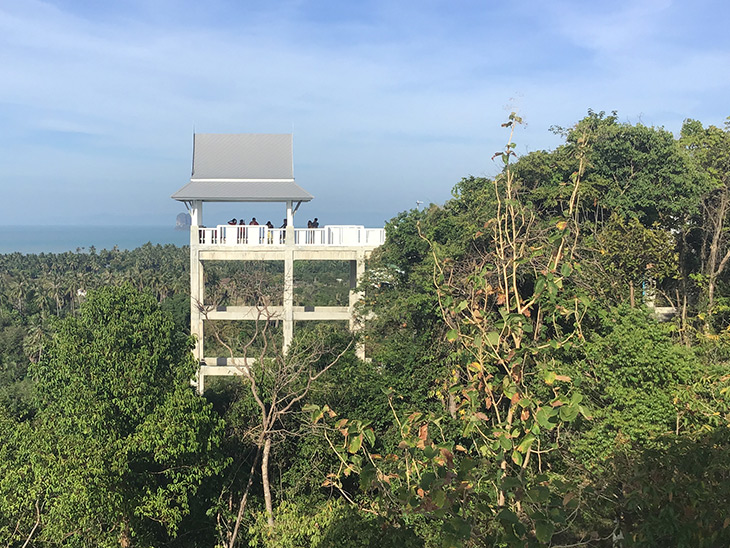 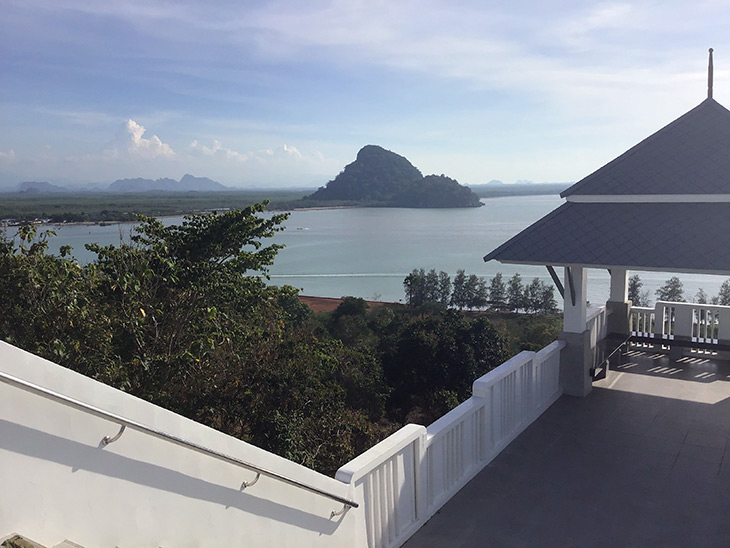 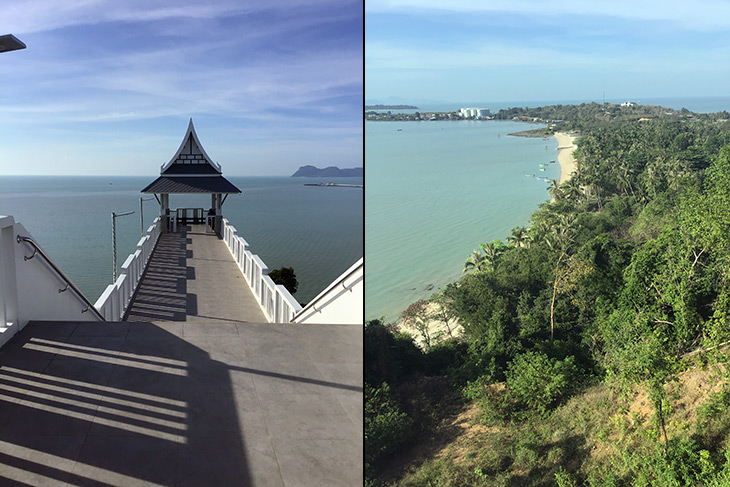 Two impressive walkways – that look a heck of a lot safer when you’re on top, looking out to sea, than from the side view… 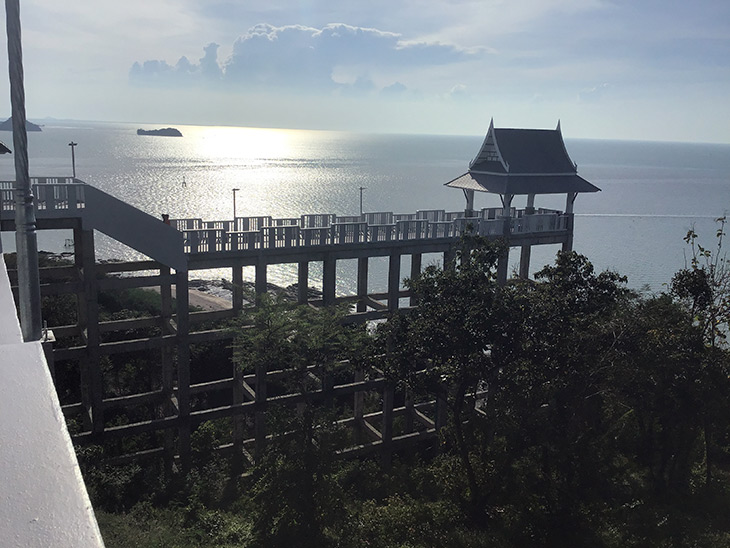 Great views though in all directions… 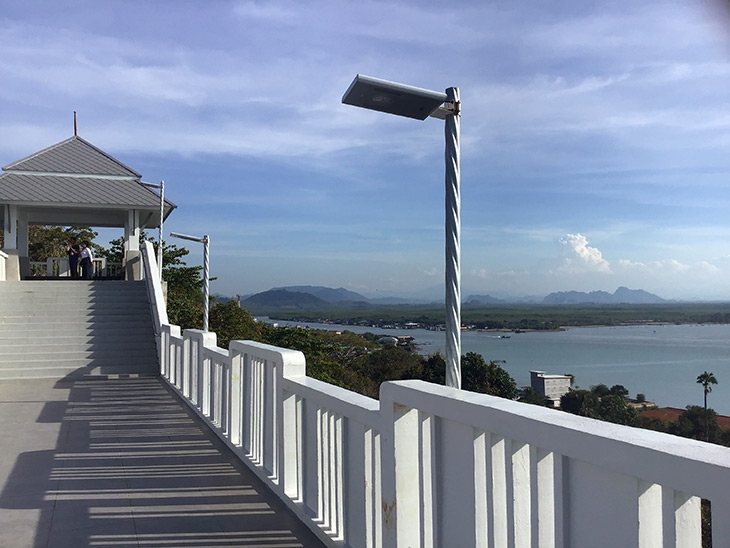 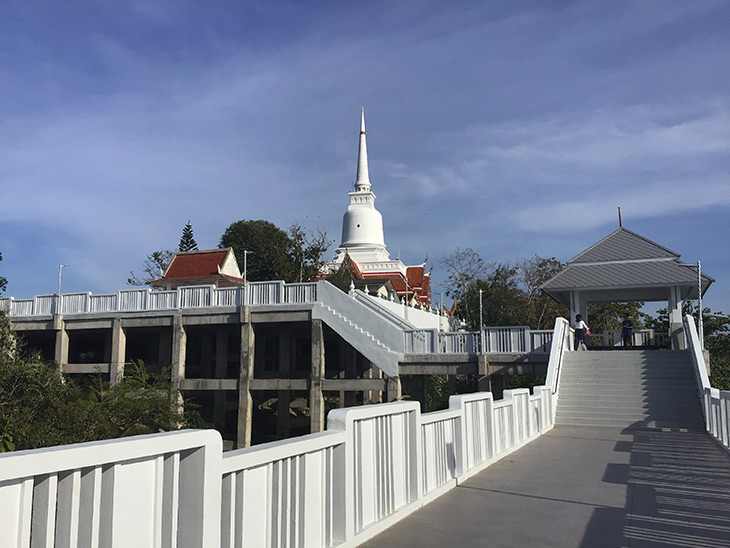 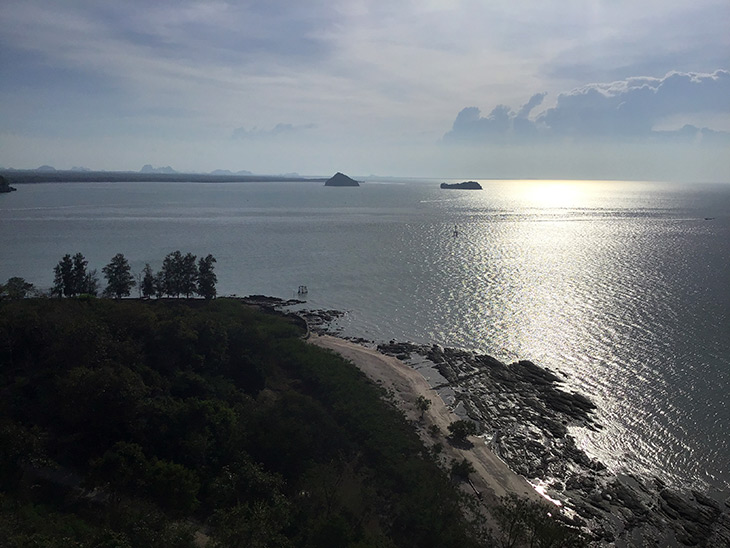 But it all left me wondering why do places of worship need tourist attractions? Does it increase donations? Maybe.

And why do they need two walkways? If I’d designed it I would have joined the ends so you could make a complete loop. But I didn’t. So you can’t.