I was heading over to Krabi Province, en route to Ko Yao Noi, when I made a short detour off the ultra-boring Highway 44 to the small town of Plai Phraya. I wanted to visit the Tham Nalakiring Bureau of Monks. Don’t worry, it’s not R-rated like that other Bureau of Monks from a few months back.

It’s famous for its elephants. Not real ones. 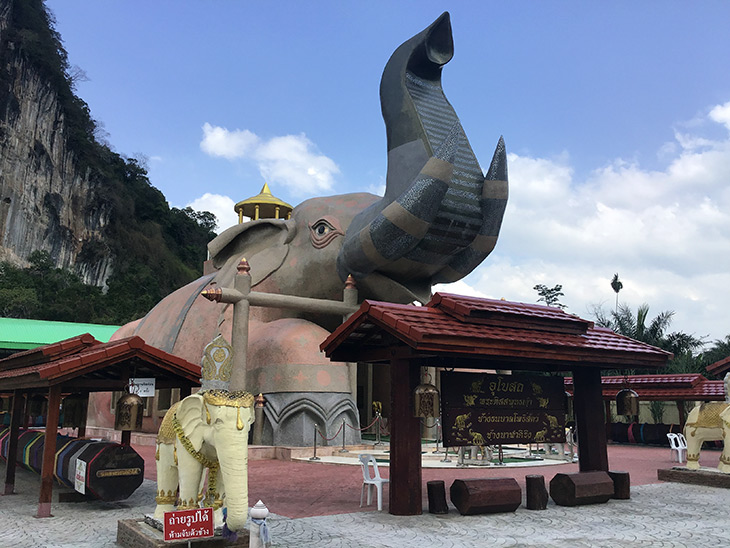 Just why it’s there needed quite some research. There’s only a handful of articles that mention the place, and they’re all in Thai. But from what I could glean, in the early life of the Buddha, he was attacked by elephants, and through some miracle plus the action of one particular mahoot, survived. Then, seemingly unrelated, a monk was travelling north through Thailand in 1986 and discovered caves, which are in the hill behind the new temple… 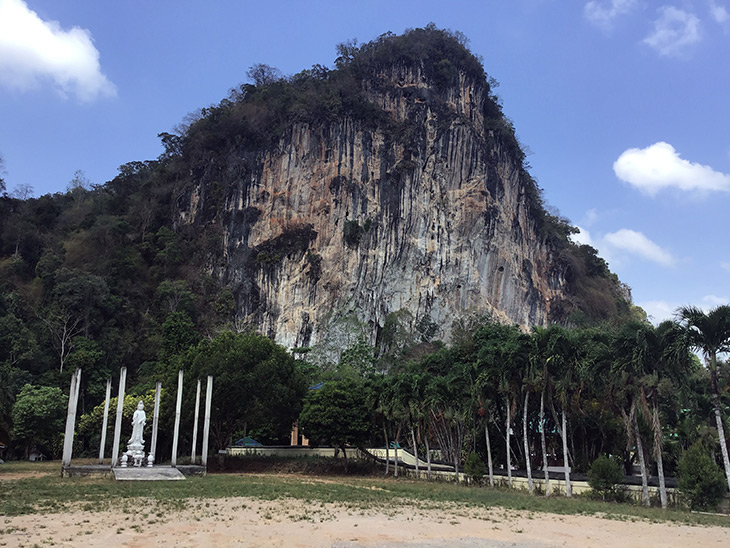 In there are stalactites and stalagmites which supposedly remind you of elephants’ feet. This, along with a few stories about ghosts and visions, seemed to be enough to convince said monk that he should build a temple full of elephant statues, both large and small… 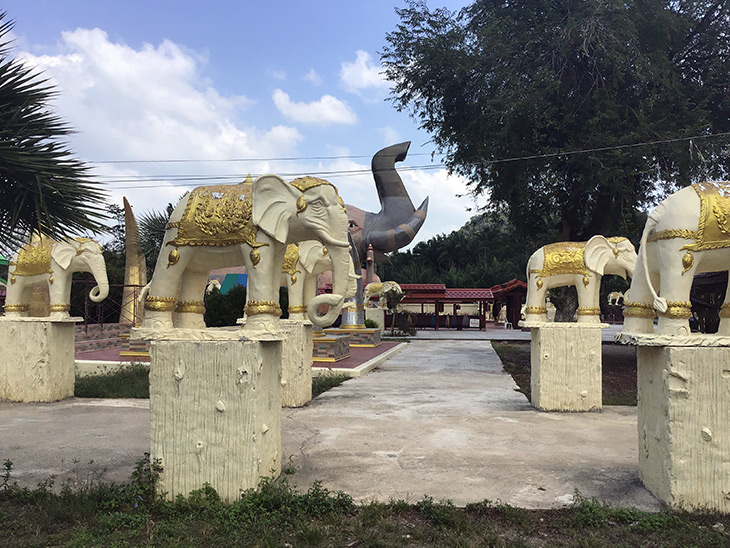 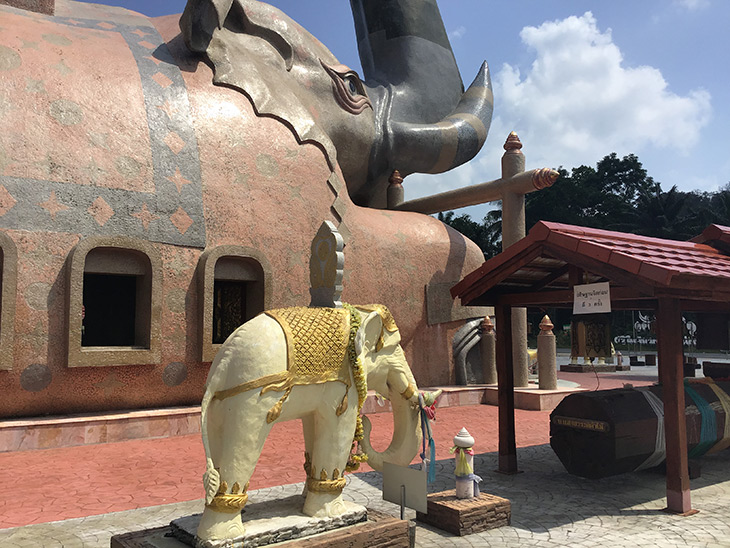 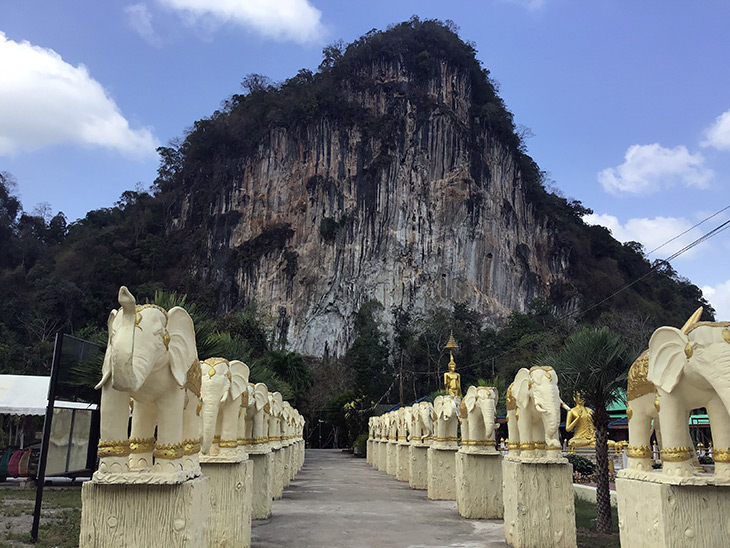 In some ways it’s impressive, but I’m less than convinced of its religious purposes.

After taking outside photos I ventured inside the main jumbo. Once my eyes had adjusted to the darker environment I realized there was a large dog sitting next to me. He seemed friendly so we exchanged a few woofs, and I patted him on the head. Then some barking started from a room at the back, and in charged a large aggressive black dog with teeth heading straight for me. This immediately changed the character of my new friend, and he too started barking and growling. About the same time, an equally unfriendly-looking monk appeared from somewhere.

Before I could change my mindset to this new environment, the black dog had tried to take a chunk out of my leg. I still have the bruise to prove it. That earned him a swift slap round the ear from me, and I earned some very black looks from the monk. He seemed totally unmoved by the fact his dog had attacked me, and ignored my protestations. I concluded he knew no English. 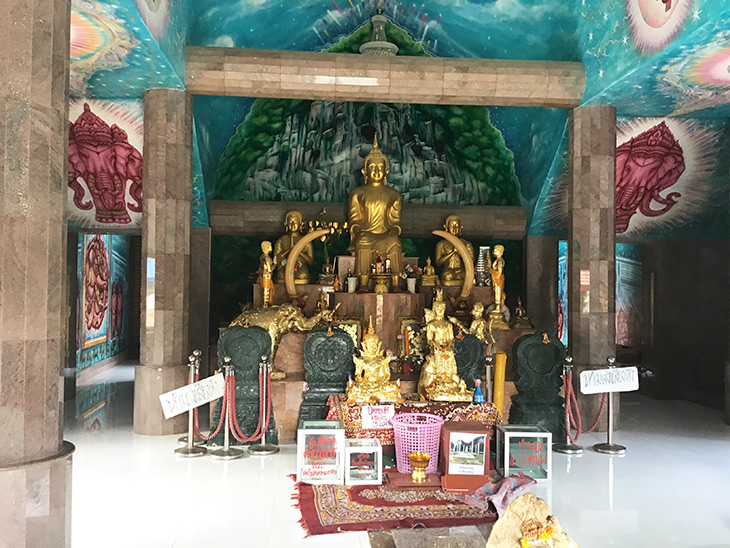 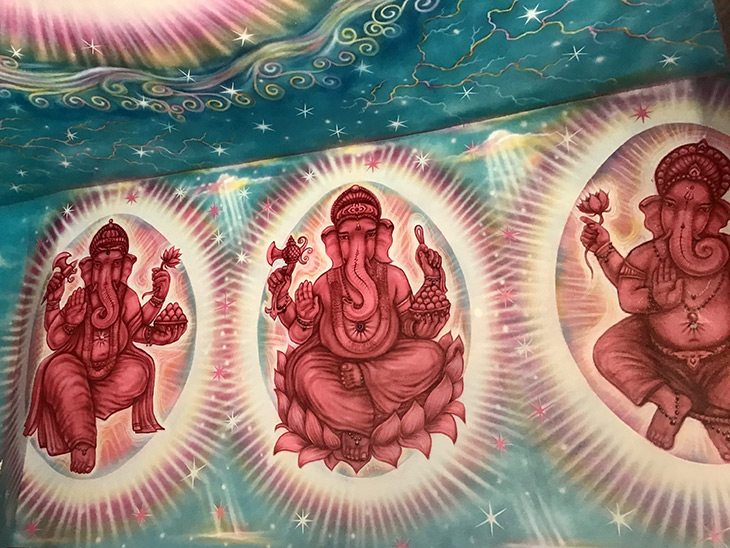 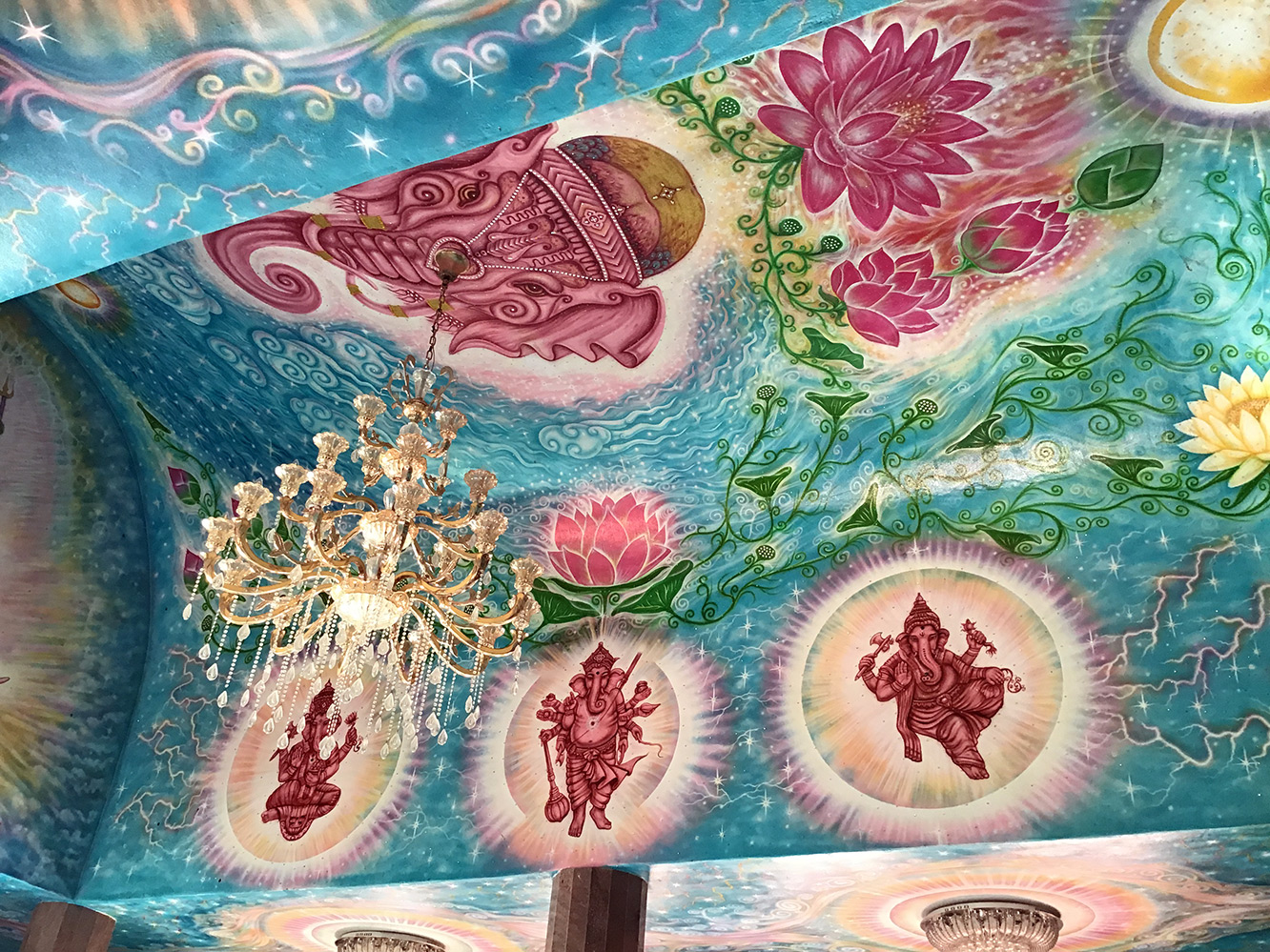 He suddenly remembered he did know one word of English, and started shouting “Money Money Money.” Right. Your dog takes a chunk out of my leg and I’m going to pay for the privilege? So, I ignored him, took more photos, and left.

But it was that kind of place. Normally you can visit a wat, have a little fun banging gongs and drums, admiring statues, saying a few prayers if that’s your thing, take some photos, and then, if the mood so takes you, you can leave a small donation to ensure you’re not re-incarnated as a cockroach or whatever. But here, there were signs everywhere telling you to pay for your fun, and of course there was the barking monk. Not fun.

I wandered to the back, behind all the elephants, to the place where supposedly you could climb steps and enter caves. But I knew you needed a guide. I suppose to turn on lights and collect more money. I looked around but could only find these six dummies… 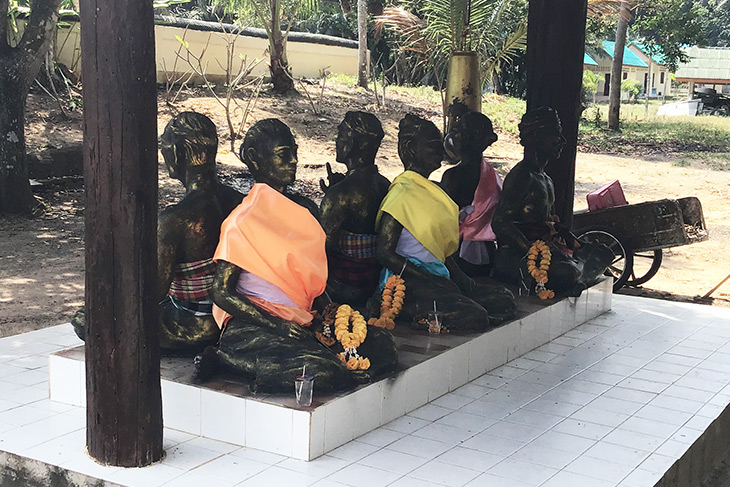 …who totally ignored me and just sat there stone-faced. So, I turned around, marched through the lines of elephants, while thinking I sure wouldn’t want to be the pooper-scooper, and left… 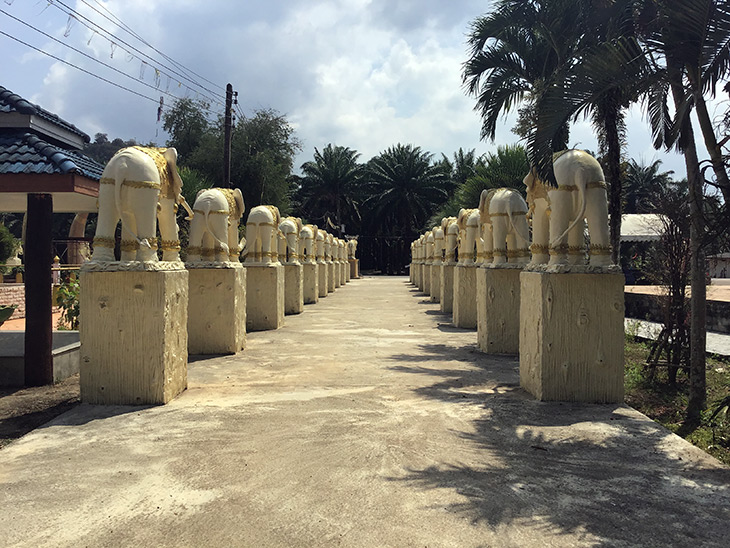 Looking back on the experience, I think they should rename name it “Bureau of Thieves.”