…But Where’s The Dam?

The simple answer is: There isn’t one!

It’s a place name that often confuses foreigners, me included when I first arrived. “Ah, there’s a dam down there is there? Must have a nice view, nestled in the hills.” Ha!

Anyways, yesterday I needed to buy some essentials, so headed down to Sichon, about 30kms away. One thing I can’t figure is why I have to keep buying cans of blonde liquid in green cans. Does the stuff evaporate in the heat? Very mysterious.

So, on the way, now that the spectacular weather has returned, I made a small detour out to the coast, at – you guessed it – Khao Plai Dam. Here’s why… 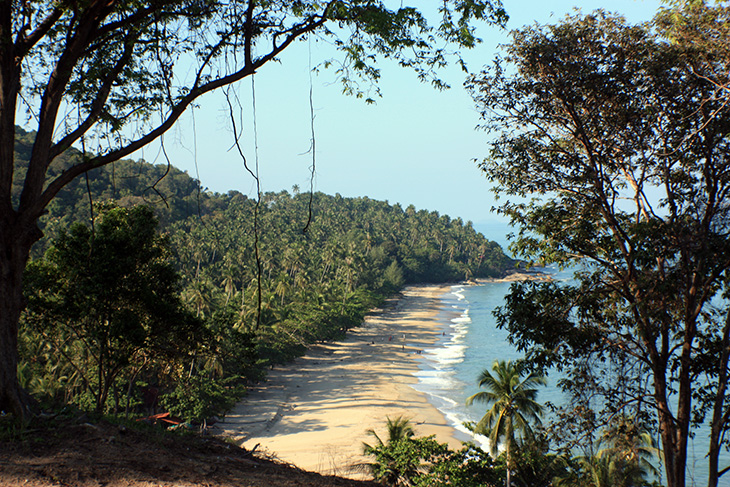 From the hill before reaching the beach, there are spectacular views.

But while standing there, I realized something was different. I probably haven’t been to this spot for more than two years, so it took me a while to remember what it was like. Getting that view used to be a challenge.

Stand on big rock. Peer through those two trees. Not quite right. Try this rock.

Now, you can stand anywhere you want, because the hillside is naked, nude, de-grassed, un-bushed, practically treeless. No doubt the trees that are left are just waiting for the monk from the local wat to come and chant some tree-spirit-appeasing incantations, and then they too will be razed.

Probably someone plans to build luxury something-or-others. Condos, hotel, villas. Maybe all the above. For now, the view is great, but what a shame… 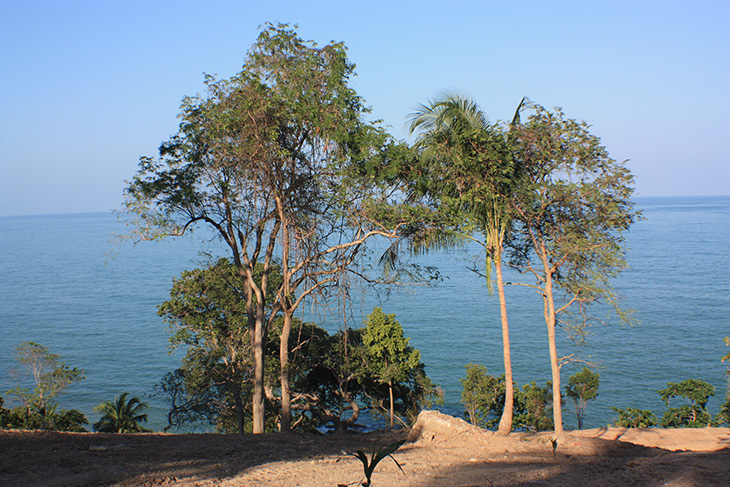 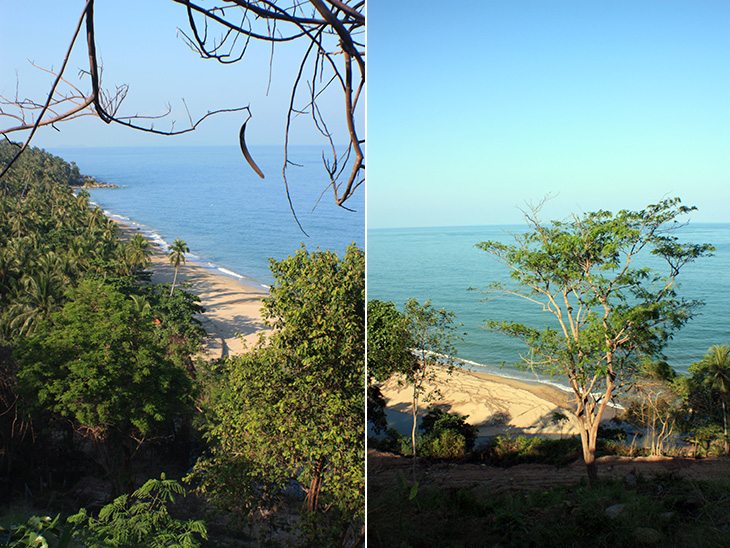 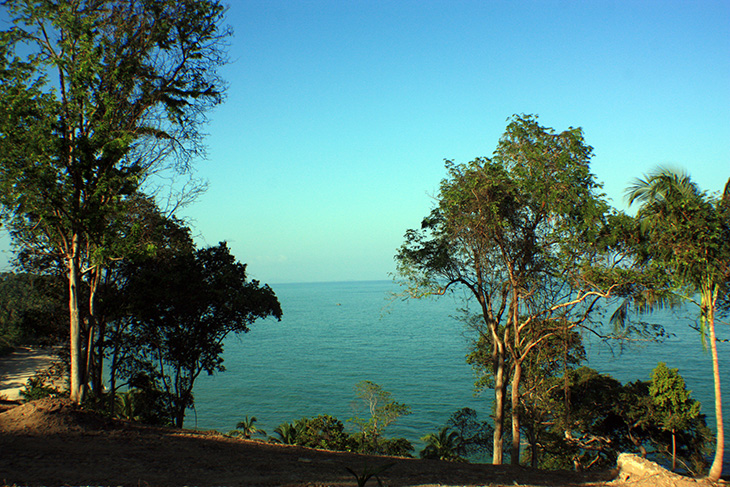 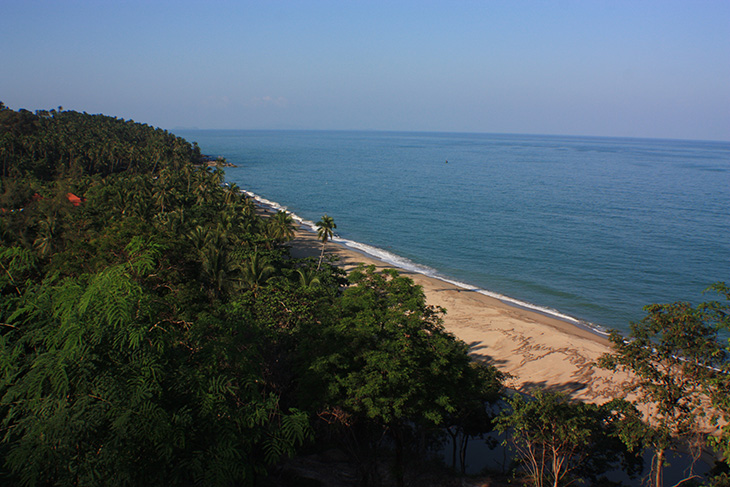 Here’s the view from below… 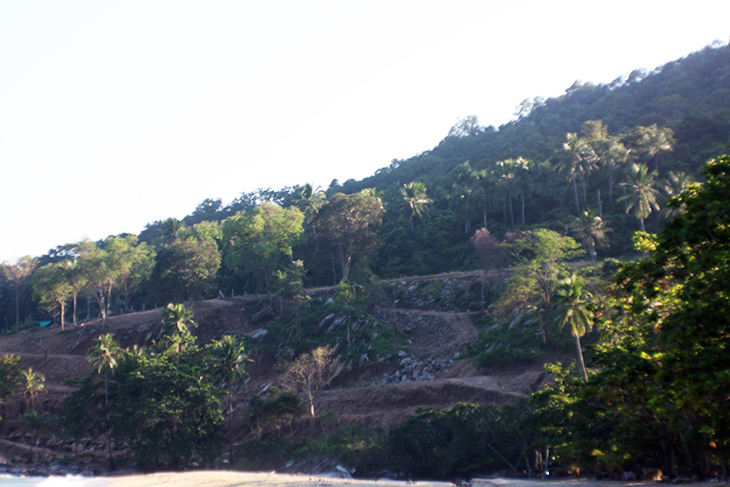 Imagine building on a naked 70° hillslope. What could possibly go wrong? It’s not like we have torrential rain in Thailand. Even standing there I felt like the road could disappear down the hillside at any moment. Anyhoo, not my onions, as the French like to say.

Let’s look at the beach… 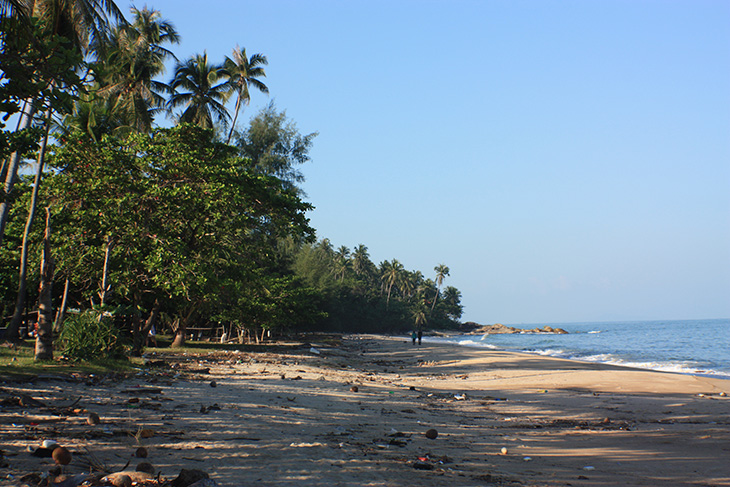 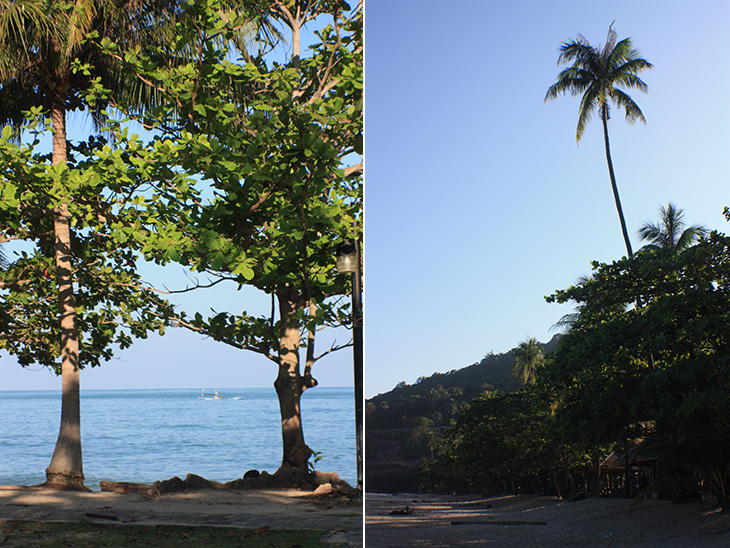 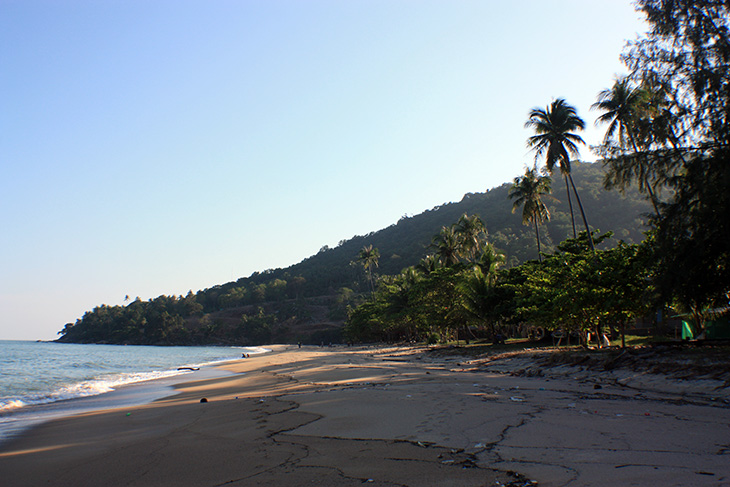 And why not a few tropical trees… 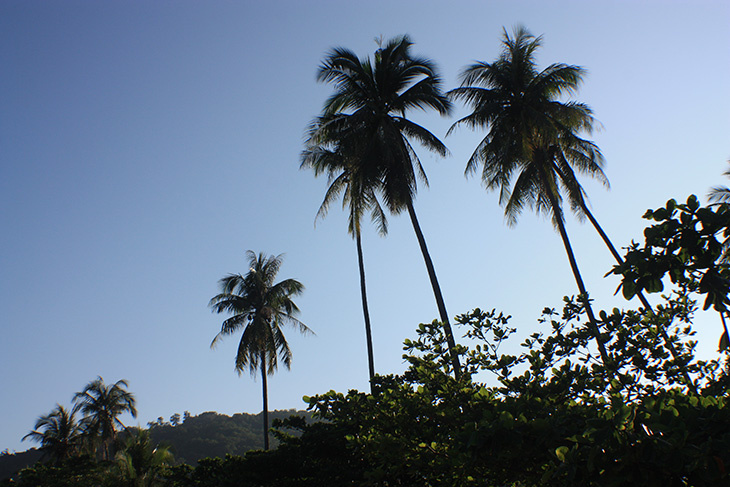 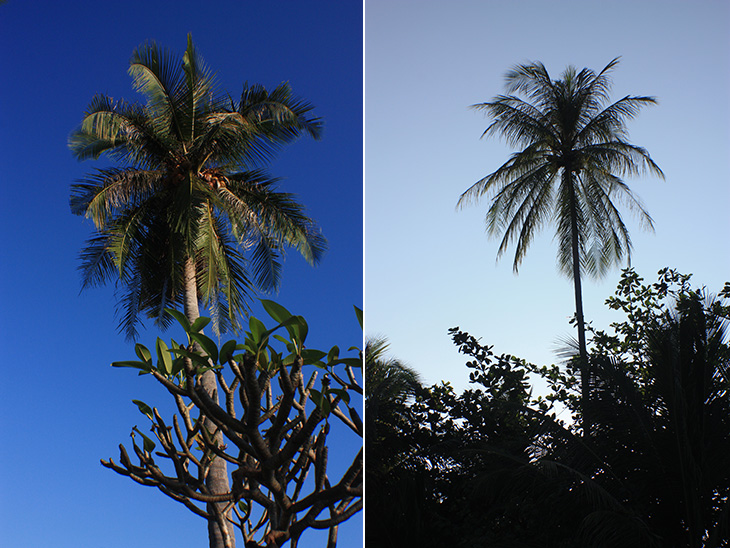 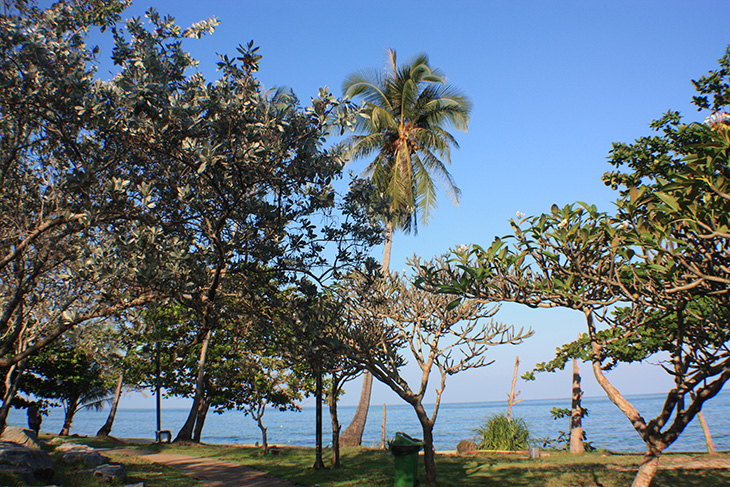 On the way back, well, on the way to buy beer, there were views of another beach… 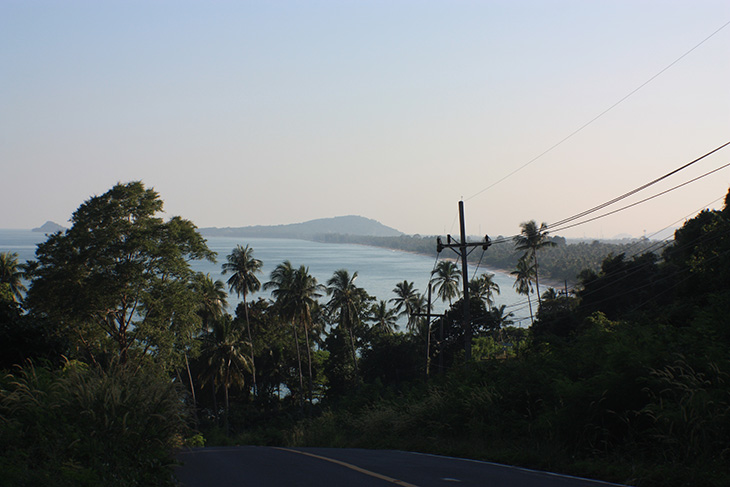 …but it was getting a bit dark. Still, not a bad route to go shopping.