Khanom is surrounded by hills and the sea. The wind picks up the water and dumps it on the hills, and so we have plenty of waterfalls. Visiting some requires a trek through the jungle, whereas others have small roads that lead right to them. I like the latter kind.

Yesterday I paid a visit to Hin Lat… which roughly means Sloping Rocks. Seems like a good description. This one is for lazy tourists as the road runs right to the falls… 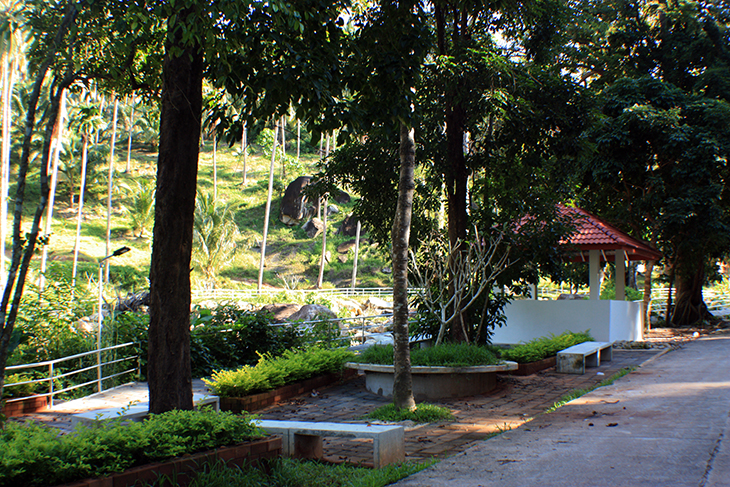 It’s nicely laid out, with railings to stop you falling in the water, and places to rest and take-in the views. Except there was no one doing those things, which seemed a bit surprising as it was Saturday afternoon. Shame. It’s a nice place… 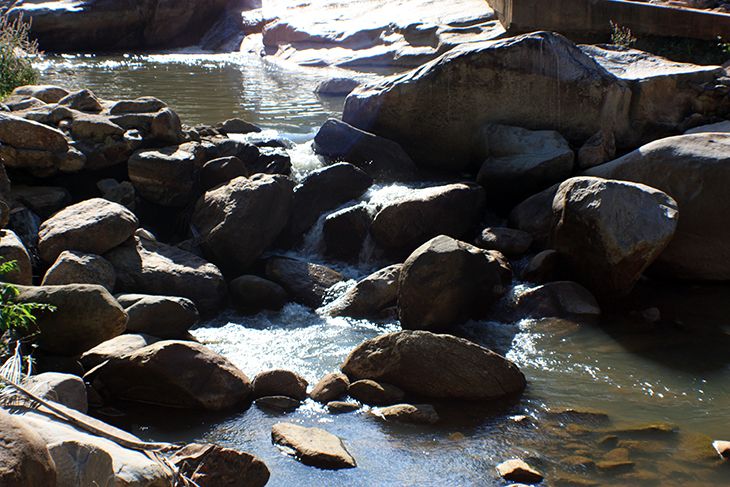 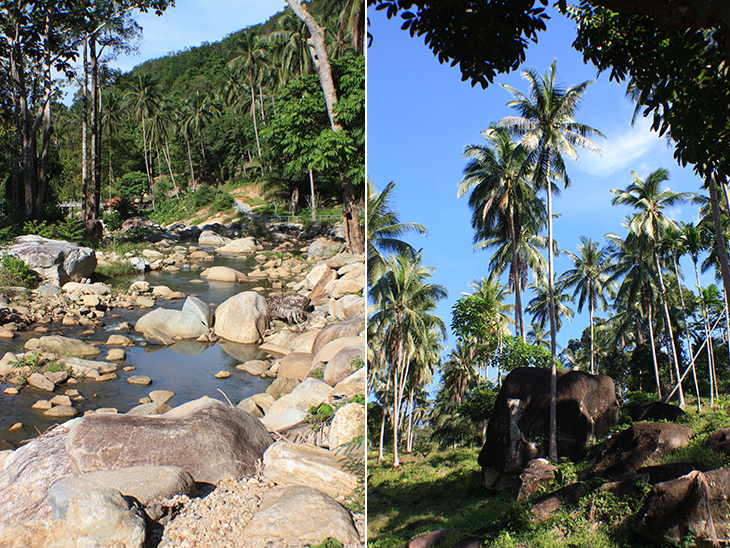 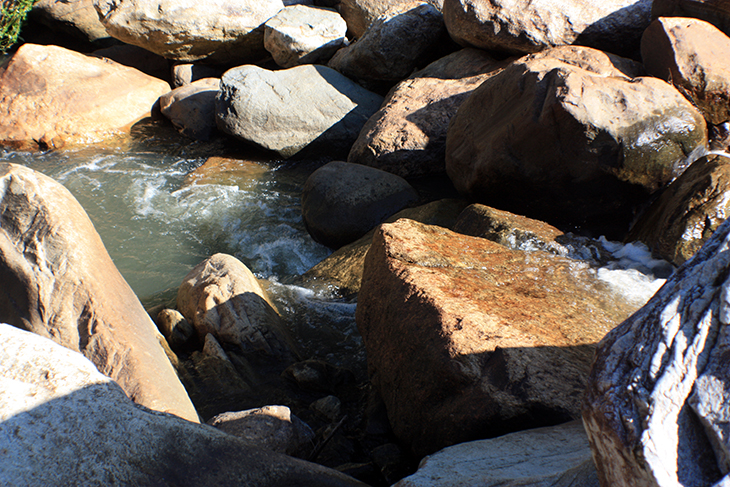 Maybe people only visit when there’s a lot of water, which clearly there isn’t right now. In fact, I was here a couple of months ago and took no photos, as there was literally no water. Not even enough to brush your teeth. After the recent rains I expected to see a raging torrent, but it’s more of a raging trickle… 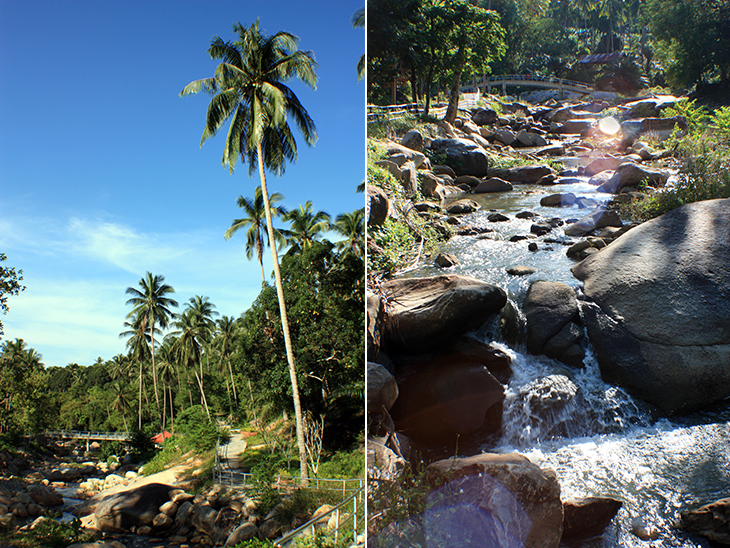 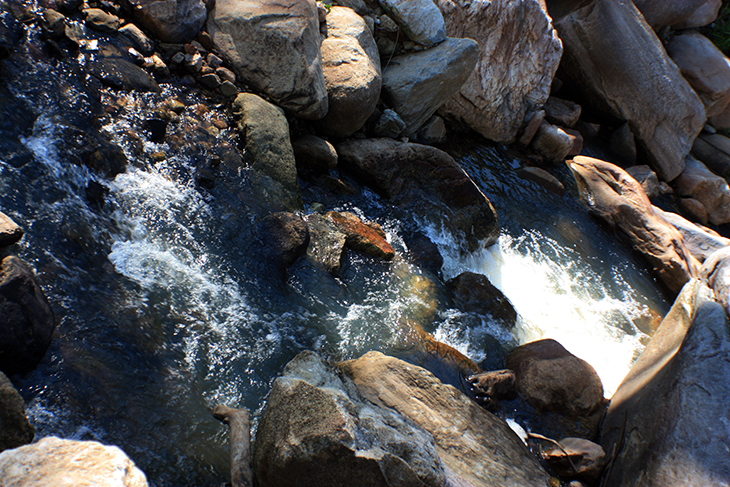 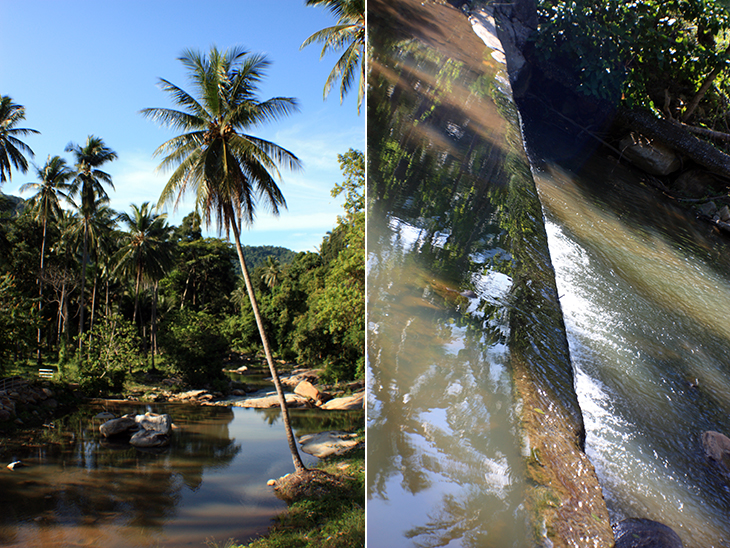 I guess I’ll have come back just after the rainy season, but I’m having a hard time figuring when that is. Recently it’s seemed like Monday to Thursday – every week. This coming week will be no exception as we are waiting for another tropical storm to blow its way across Vietnam and Cambodia, which should hit us by Wednesday. Not good for tootling.

Anyhoo, the place is getting very overgrown due to the lack of visitors, but I’m glad I trudged down to the end of this pathway, otherwise I would have missed seeing my favorite kind of snake… 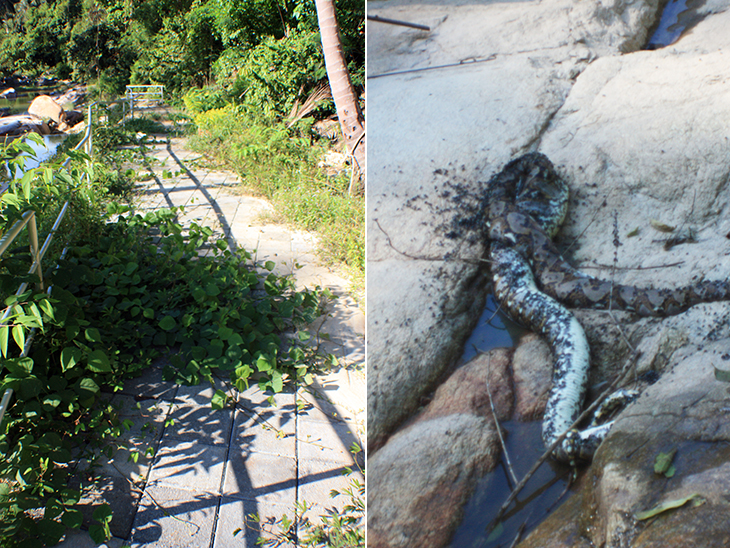 As I arrived, Monty was being eagerly devoured by two large monitor lizards, but they scurried away as soon as they sensed the infra-red light-emitting blob. Me! I tried to get a shot of them but they move so fast, if you blink, they’re gone. 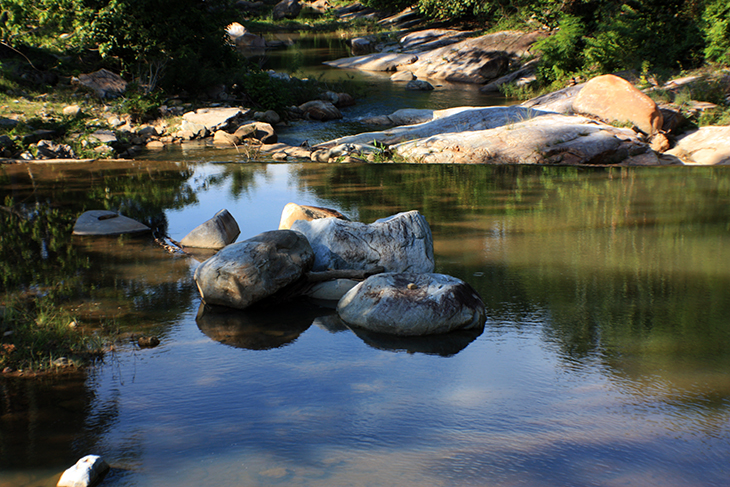 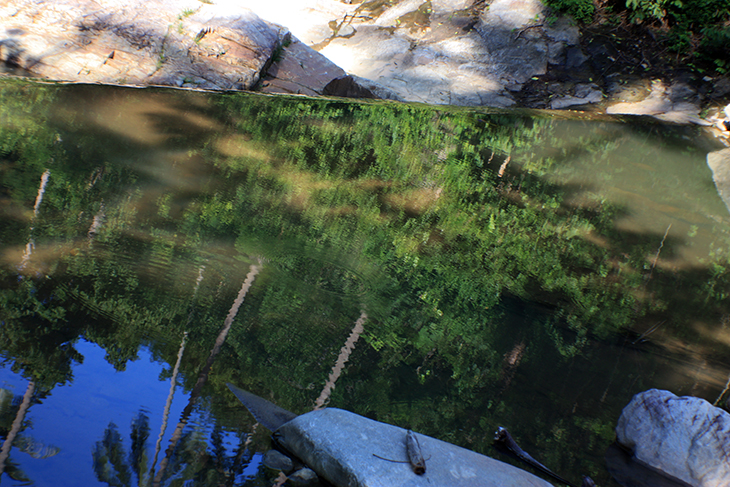 At least Bert had the sense to park in the shade – smart lad – but this guy on the right seems to be a shadow of his former selfie. 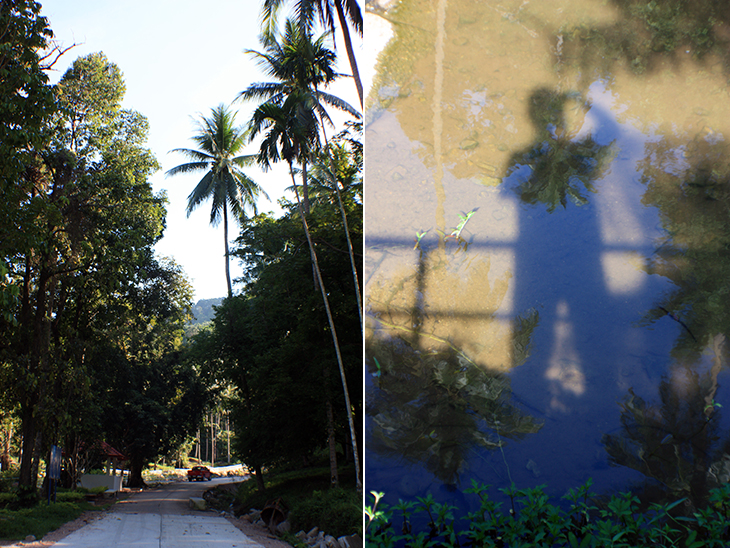 Oh, and the trees were nice too… 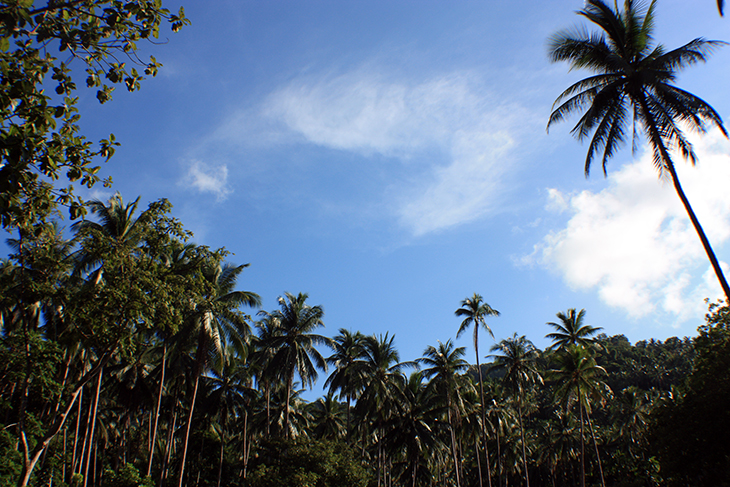 Well; I can’t say I’m hoping for heavy rain, but if we do get some, I’ll check this and other waterfalls again. I might even trek into the jungle. Might!